In Search of the Giant Douglas Fir

My son-in-law and grandson wanted to take me to see the giant Douglas Fir they had found.  It was a dreary day, and getting late, but we headed out to Cultus Lake Provincial Park to try and find the trail.

It wasn't a long walk, but it was uphill all the way. 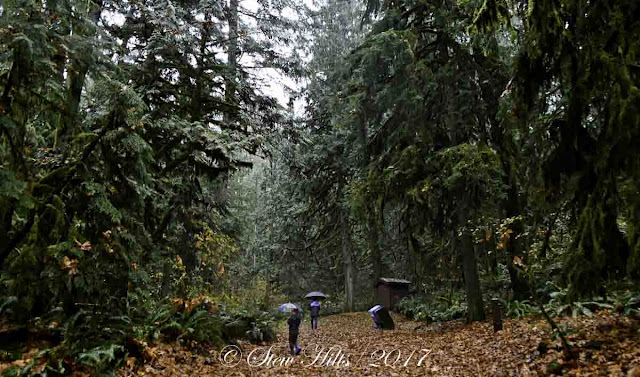 I lagged along at the back, while my son-in-law hunted for the right trail.  There weren't any signs after the one at the start. 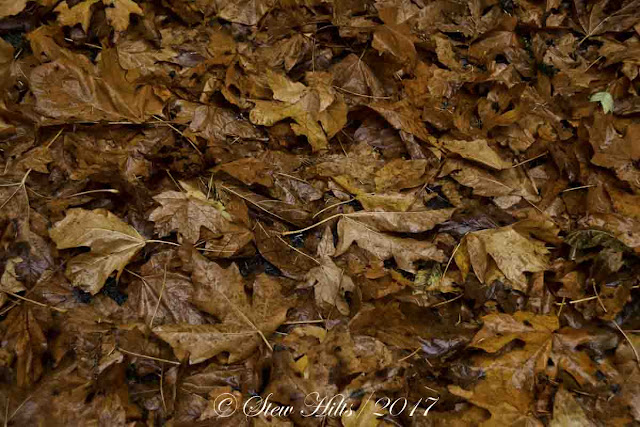 We were often walking over a carpet of Bigleaf Maple leaves - huge!' 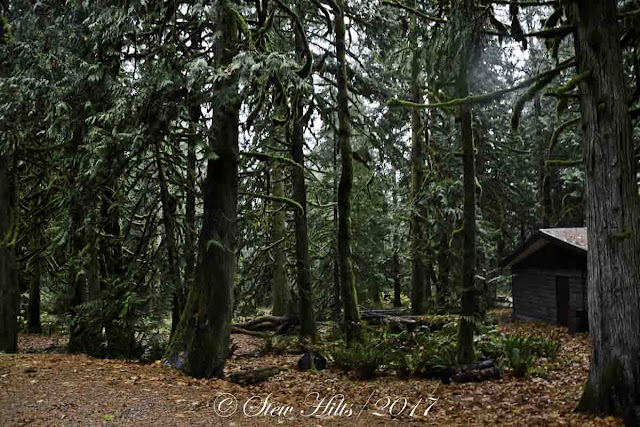 This giant Douglas Fir was actually located on a short trail out of a campground - now shut for the winter.  So we were walking up campground roads until we were nearly there. 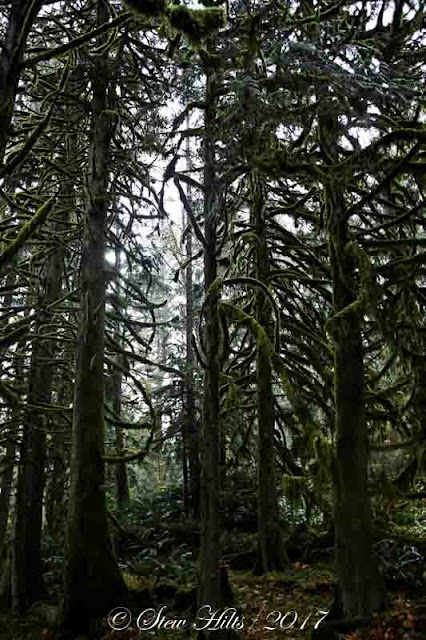 For the first time I had the feeling that I was really in the rainforest.  I've seen the moss on the trees, but this was spooky with moss, and with huge tall trees all around - and it was raining. 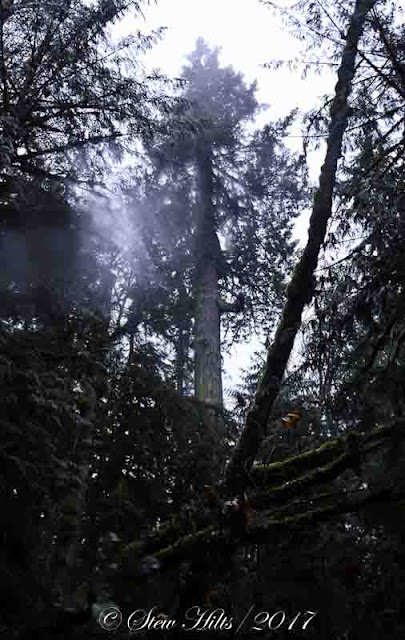 Then we saw it in the distance up the slope, definitely a huge tree!  Sorry for the raindrops on the camera lens!

A short distance up an unsigned footpath, through the spooky rainforest, and there we were. This was the biggest living tree I have ever seen.  I know the Redwoods and Sequoias can outdo it, but this was amazing to all of us.  That's my grandson, with his umbrella.  Gives you some perspective on the size. 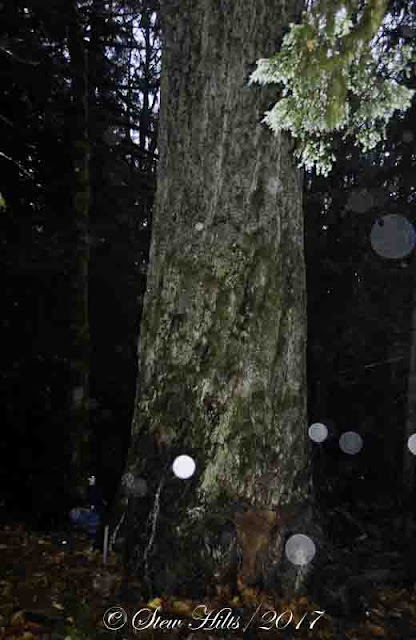 I forget that at the 49th parallel, it gets dark a lot earlier.  Suddenly it was getting dark, and I tried a flash to show up the tree.  It showed up the raindrops more!  But we had successfully found the giant Douglas Fir, one of the largest left in B.C.  A memorable adventure.  And by the way, our daughter and son-in-law are doing a great job of making their kids into outdoor kids!  Energy to burn, and never a complaint about the hiking.