Well it was just a whiff actually, but as we headed out this morning, there was definitely white stuff blowing into the windshield.  And as we headed south from Meaford, there was more, until the ground looked white. 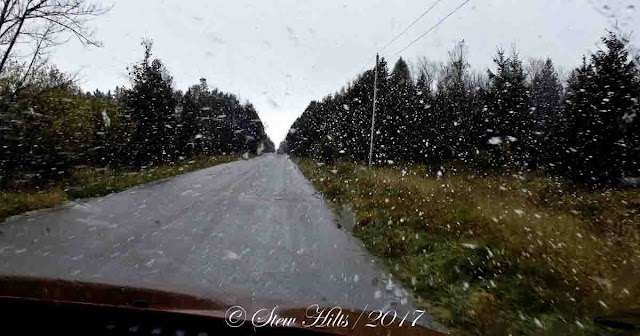 And guess where the greatest accumulation was?  Right at our old house in the 'Highlands'.  Yes, we always believed there was a cloud that sat right above our house and dumped a little extra!   It's true! 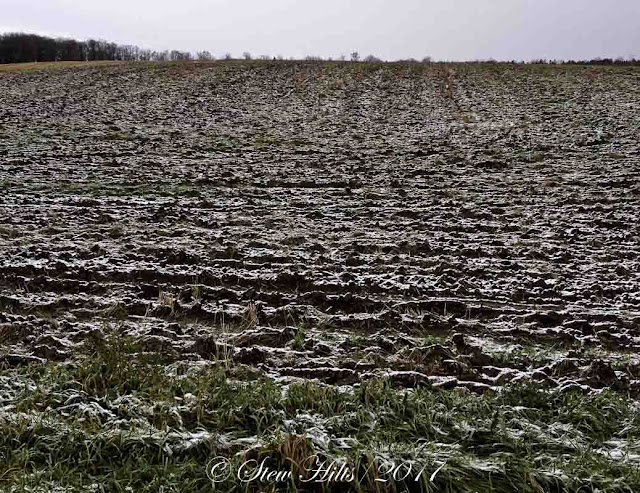 But it was only a trace actually, and soon it changed to rain, so we were in and out of rain, sleet and dark grey clouds, and patches of sunshine, all the way to London.  Since we've moved to Meaford, the drive is really 4 hours, allowing for stops and a few minutes leeway.  And that makes it four hours back again, a ten hour day with the medical apt. itself and stops to eat.

I'm not going to bother you with details of the planned surgery, but one in December, and one later in the winter.  And we now have great confidence in our two surgeons having met them both and got their explanations.  I'll let you know later how it all goes; keep your toes crossed for the next four months in the meantime!  It's actually encouraging to know that we live with a great health care system, and we're at the cutting edge of modern medicine.  Now I'm looking forward to more hiking, paddling and biking, and travelling, next summer and for many years thereafter!
Posted by The Furry Gnome at 8:08 PM