On day three of our trip to the French River we headed out for a serious paddle, 20 km. down to Dalles Rapids and back again.  My shoulders were just a little sore by the end of the day! 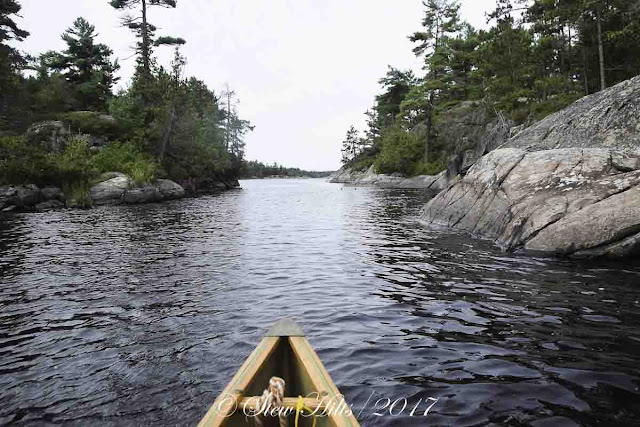 We headed down the Eastern Outlet channel of the French, a wide channel that takes you half-way to Georgian Bay.  Then we turned southwest and entered the 'Whale's Mouth', a route that logs were driven during the lumber era. 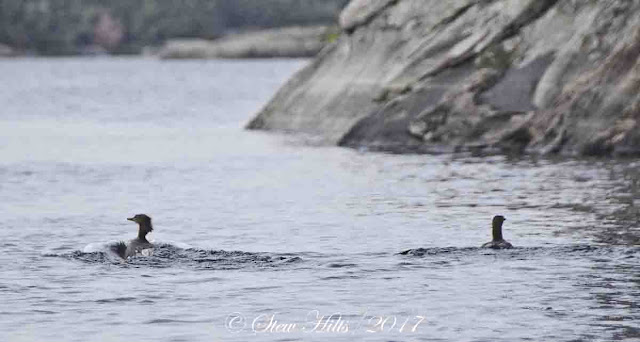 Several pairs of Common Merganzers, a common sight on northern lakes and rivers, paddled away in front of us at various points. 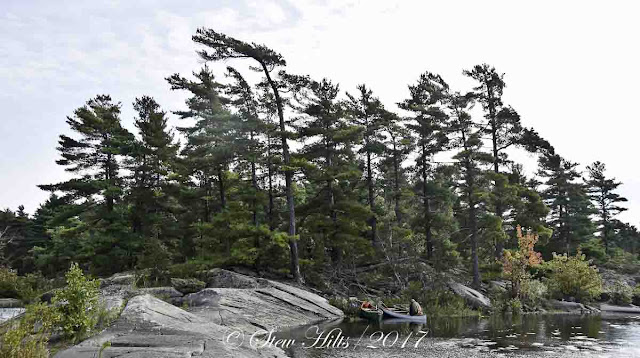 After about 3 hours of paddling we stopped for lunch on this small island, covered by windblown White Pine. 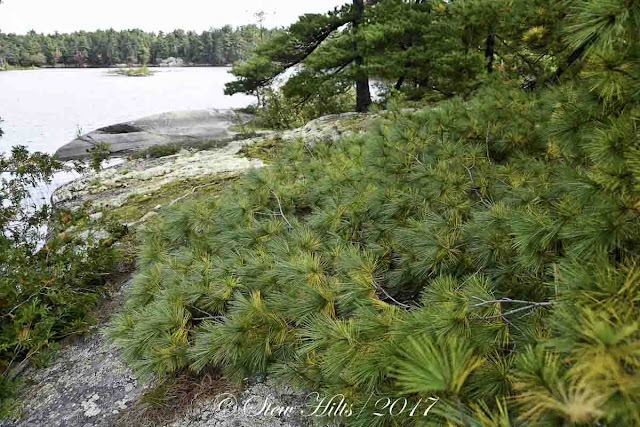 A great illustration of how the lower pine branches survive under the snow cover in the winter, while the rest of the tree has to withstand the elements. 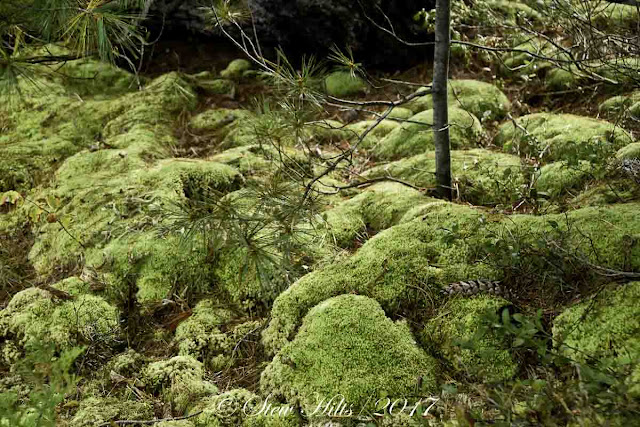 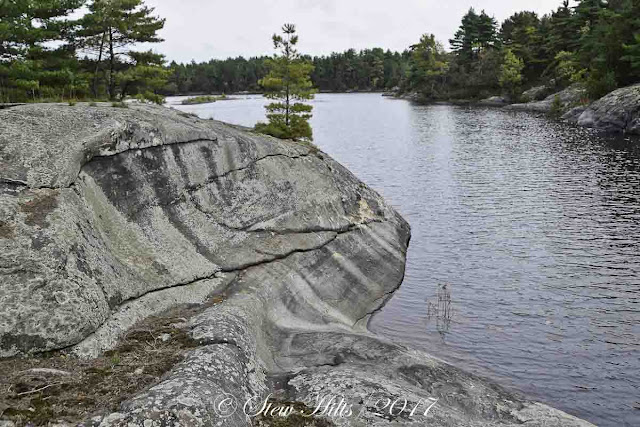 Lots of moss, and always those beautiful curves in the bedrock, carved out by winter ice. 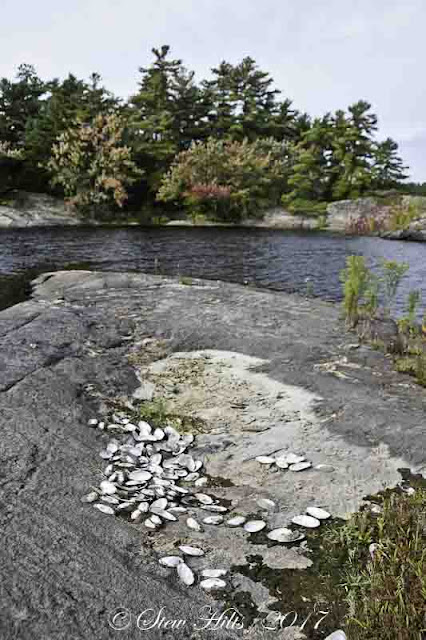 Otters were obviously plentiful here; clam shells were scattered all around the island. 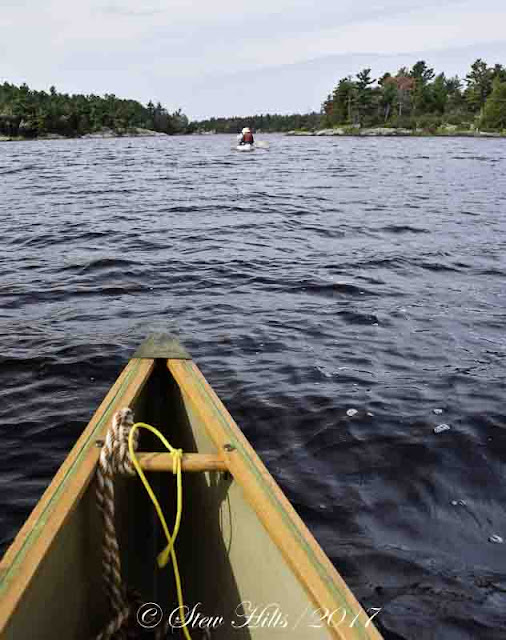 Across the 'Elbow', and the 'spilling ground' where logs were released from their rafts, we headed for Dalles Rapids. 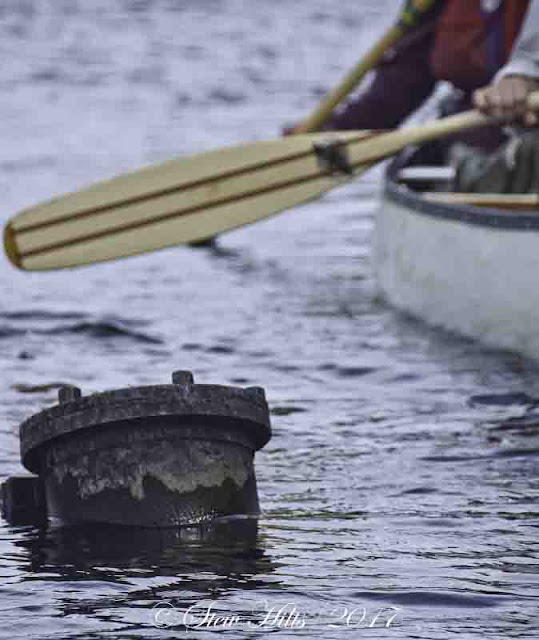 On the way we were watching for the old 'Alligators' that some members of the group had seen in the past.  But water levels were high, and all we saw was this bit of an engine sticking about the water.  'Alligators' were steam-powered barges that pulled the log rafts. 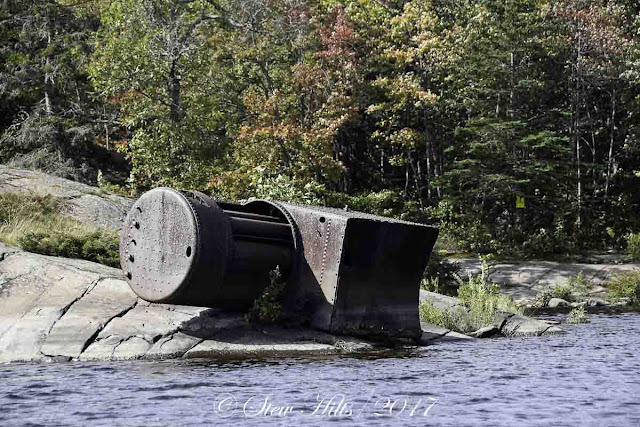 Within sight of the landing, we paddled past this old Alligator boiler up on the rocks.

And here is Dalles Rapids.  We had to walk part of the portage to see them, but then there they were, one of the most picturesque rapids I've seen, with acres of open rock on this side making them easily visible from one end to the other.

Here's a short video I took.  Hope it works.  What do you think - is it runnable?