We spent a good two hours on the open rocks at Dalles Rapids, enjoying the sound of the water and the scenery while we had lunch.  Other members of the group had been here before, but it was a new place for me, and spectacular. 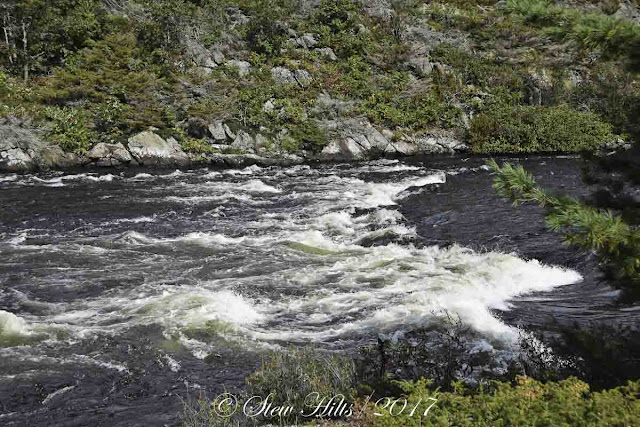 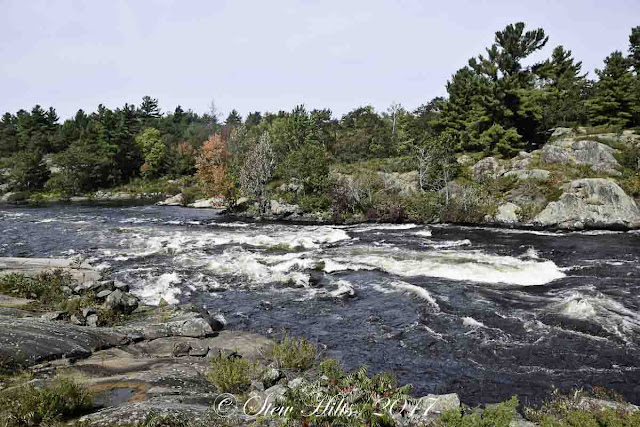 These two pictures encompass the rapids, from right to left.  I expect some of our group do have the skill to run these rapids, at least if you had a covered canoe.  But you'd be more likely to portage the packs and run the canoes empty.  But for me, I think I'd be happy to portage, unless you could safely sneak along the far edge.  The line down the middle would be pretty rollocking!  And those standing waves are high! 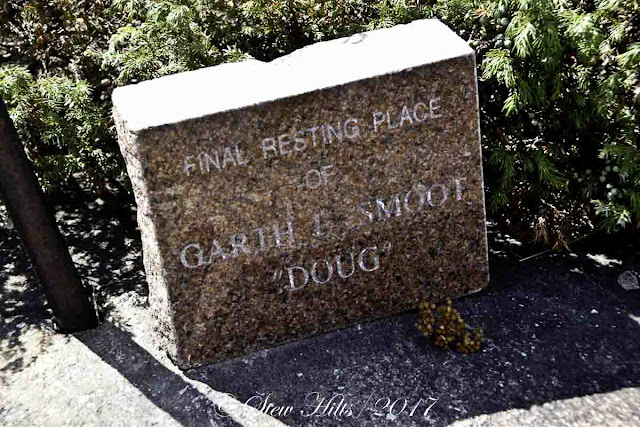 And a due note of caution is appropriate if you notice the memorial onshore.  I understand that Doug's motorboat got sucked into the rapids several years ago, and he wasn't wearing a life jacket.  I've seen several memorials at rapids on other trips. 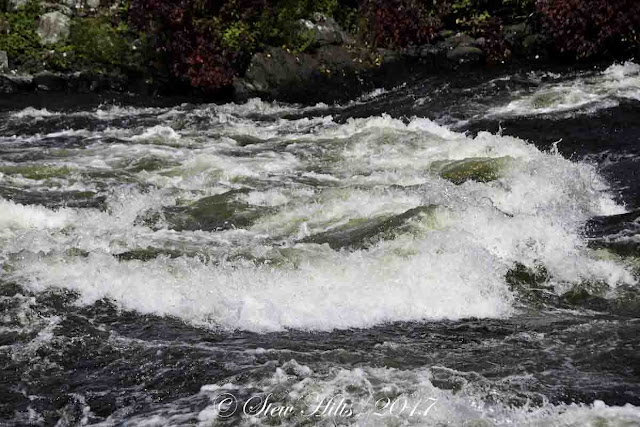 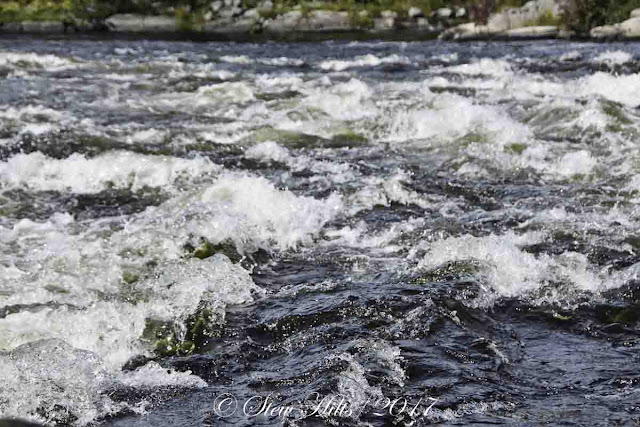 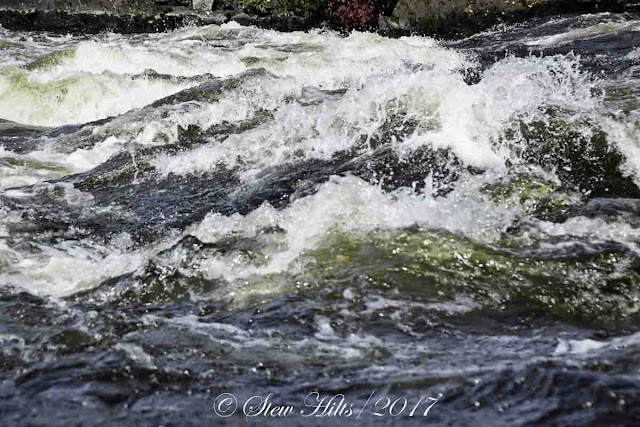 I got as close to the canoeist's-eye-view as I could with these photos.  If I was younger I'd get a go-pro camera and seek out some rapids to run! 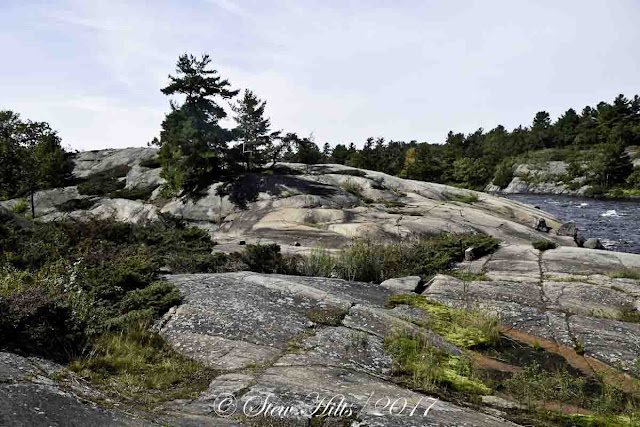 It really is a beautiful spot, but the bare rock that looks so beautiful now is probably due to the intense lumbering operation here as they drove the logs through the rapids, over 100 years ago. 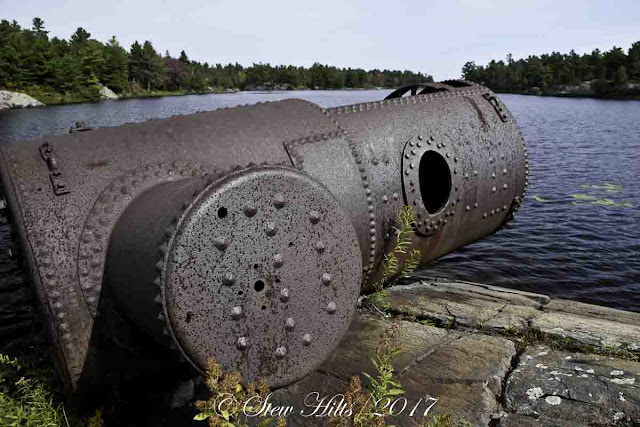 I did manage to explore that big old boiler on the shore just above the rapids. 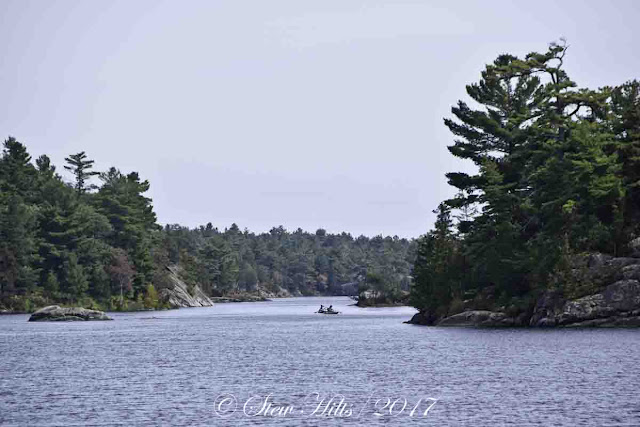 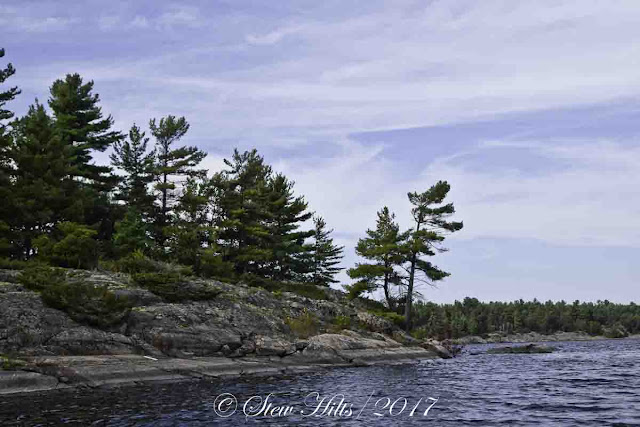 And then back up the river we headed for another 3 hour paddle, passing two fishermen on the way. 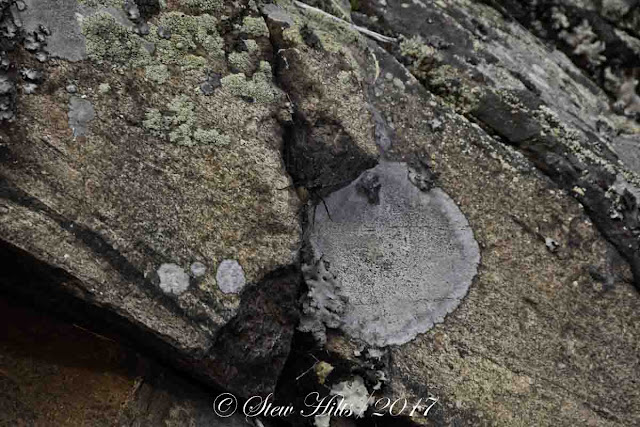 I think this giant spider was the highlight of the trip home.  Would you have spotted it? 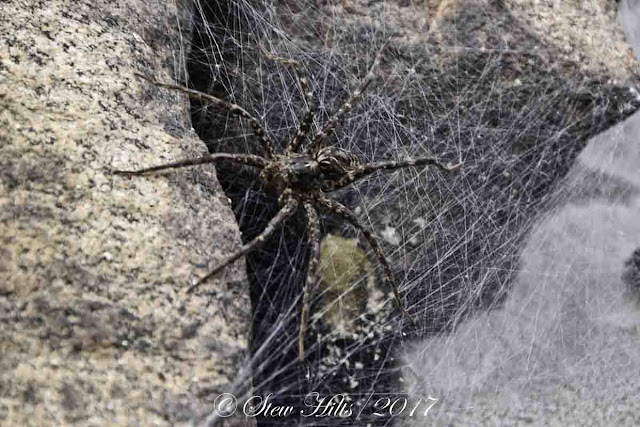 It was a giant Dock Spider, about 3" across! 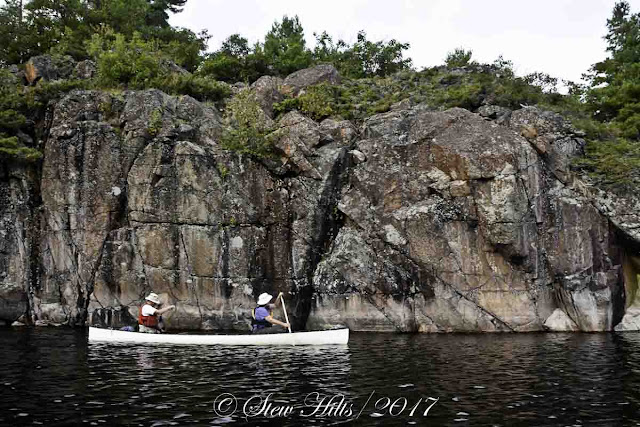 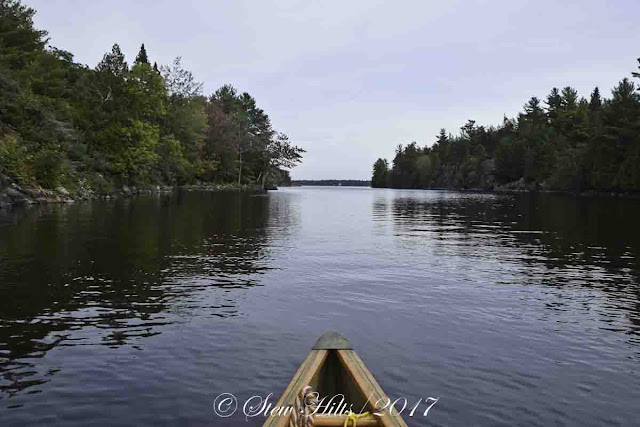 And almost home.  A long day for my aching shoulders and ankles!
Posted by The Furry Gnome at 8:46 PM