The three plants I shared yesterday are a problem in a garden because they self-seed so readily.  The plants below don't spread by seeds as much as by their roots, they just relentlessly expand the patch they occupy, overwhelming other plants, and taking over more and more of the garden. 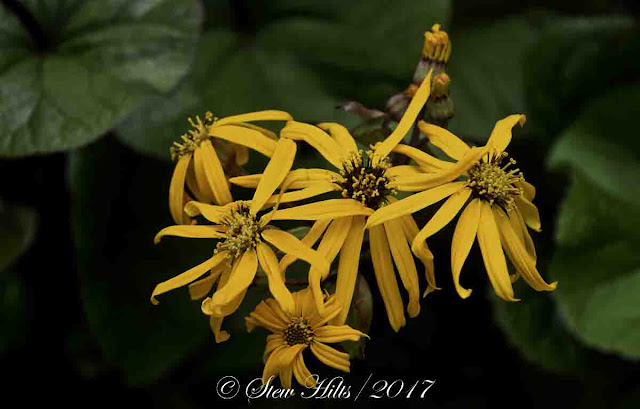 Ligularia is a beautiful plant, providing a bright splash of colour at the end of the summer, and in the shade no less... 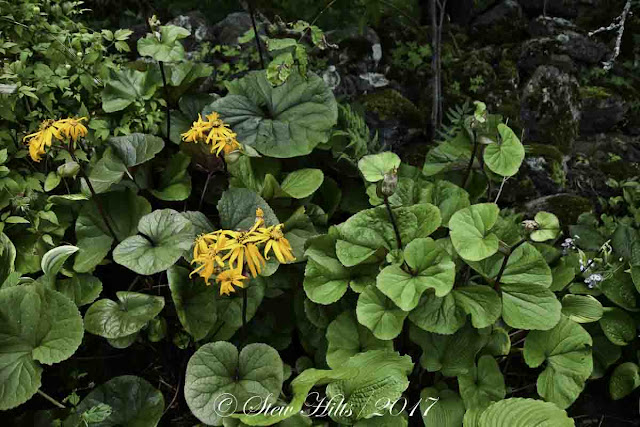 But it's big heavy leaves and stems cover other plants, spread steadily, and are very hard to dig out.  We've lost several hosta plants underneath this! 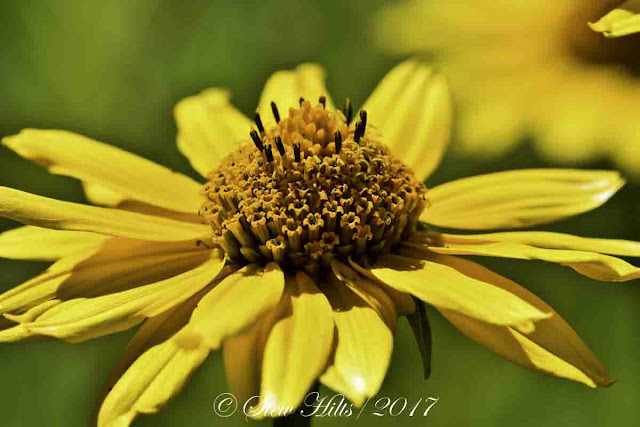 The False Sunflowers are another bright splash of colour, though about a month or six weeks ago.  They have anchored the garden after the day lilies are finished, and usually last a long time. 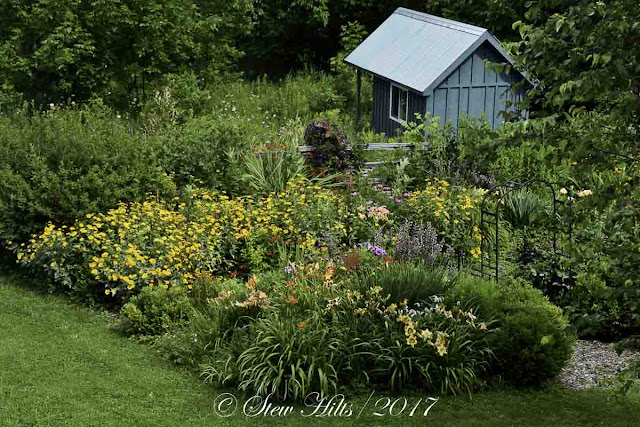 But here you get an idea of how they spread.  All of those yellow flowers are False Sunflowers.  they used to be a nice patch on the left. 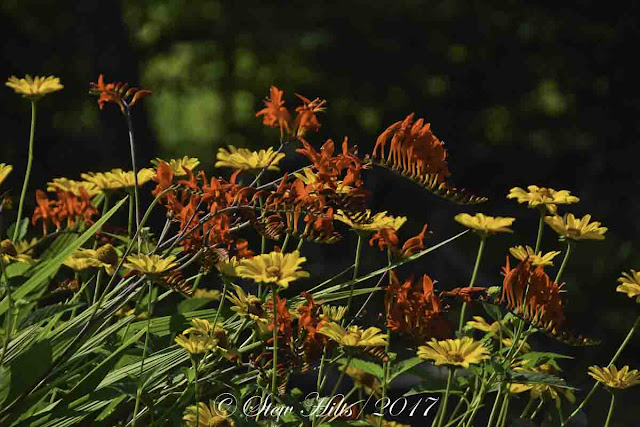 Here they've invaded a Crocosmia, providing a really bright colour combination, but eventually they would take over.  On the other hand, you can control these by pulling them out as they spread, so with this one control becomes a little easier. Obedient Plant is another mild spreader, though a very pretty plant at this time of year. 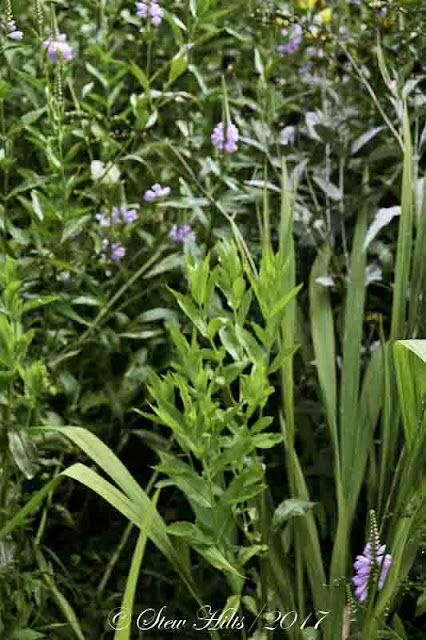 Those bright green leaves in the foreground are a young Obedient Plant, also invading the linear leaves of a Crocosmia.  But they are also easy to pull out and thereby keep under control. 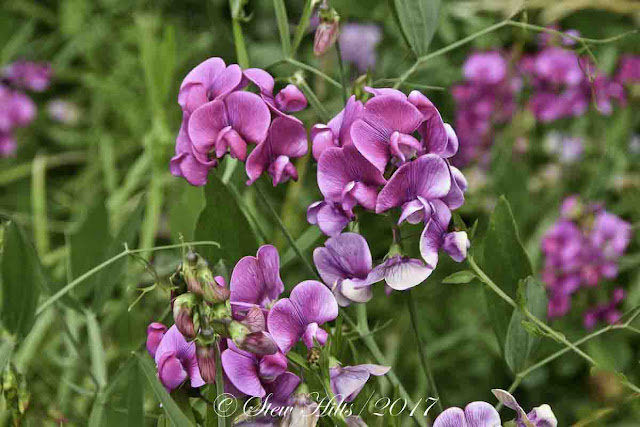 Sweet Peas are a wonderful mid-summer flower.  I see them growing in ditches along a few rural roads.  You can easily stop and gather seeds, and establish them in your own garden, or even in your own roadside ditch. 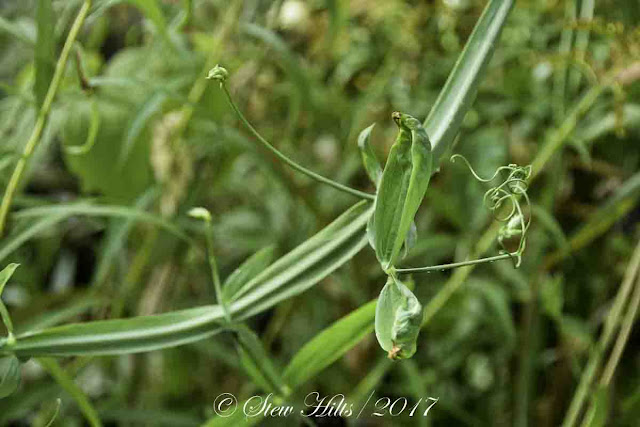 But they do spread in a garden.  Those winged, slightly bluish-green vines grow a long distance, and then root.  I've kept them under control by pulling, but I fear they could take over. 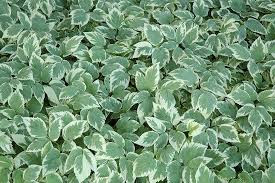 This last one, the dreaded Goutweed, is not my photo, nor is it in our garden, but Patsy mentioned in in yesterday's comments.  It is one of the worst garden pests, spreading among all the other plants and hard to get rid of.  Avoid it at all costs!

Don't get me wrong, I love our garden, but I feel guilty all the time, because these plants spread more than I can control them.  It's not a matter of totally avoiding them, but if you choose to include them, know that you will have to control them.  These few plants are a very small part of our garden, which has more hostas and day lilies than anything else.  And there are lots of varieties of clematis that are not invasive like the yellow clematis I mentioned yesterday.  We have 3 others ourselves, which cause no problems.

There, that's the end of my undergardener rant!
Posted by The Furry Gnome at 9:24 PM