The farming season rolls along here as always, some crops now harvested, and others still growing.  Here's my August report on our crops in the valley. 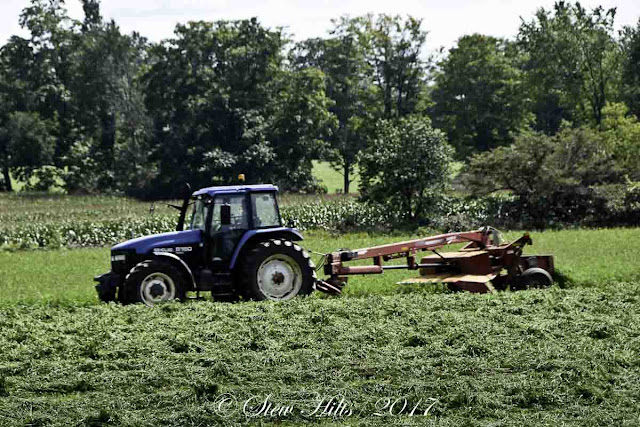 I've seen a lot of farmers out getting a second cut of hay, or maybe even a third.  Probably a little less of the grass species in the mix, and more of the alfalfa, which matures later in the season. 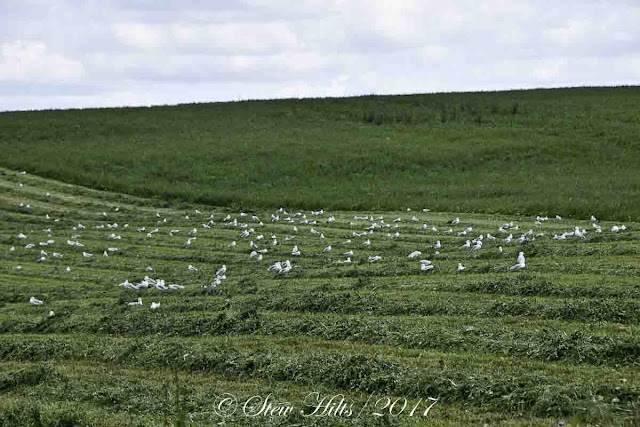 As often as not the mower is followed by the gulls, a common sight on recently cut fields. 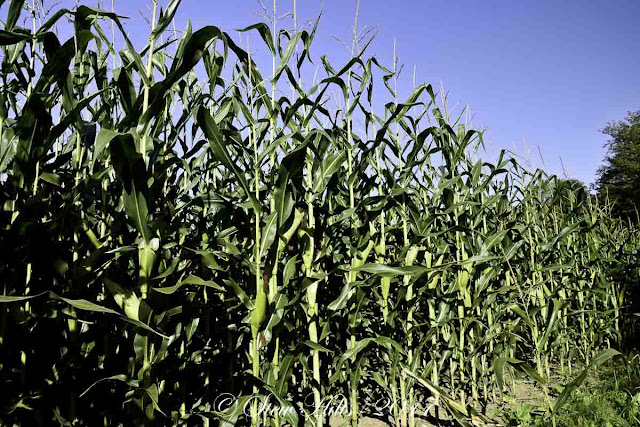 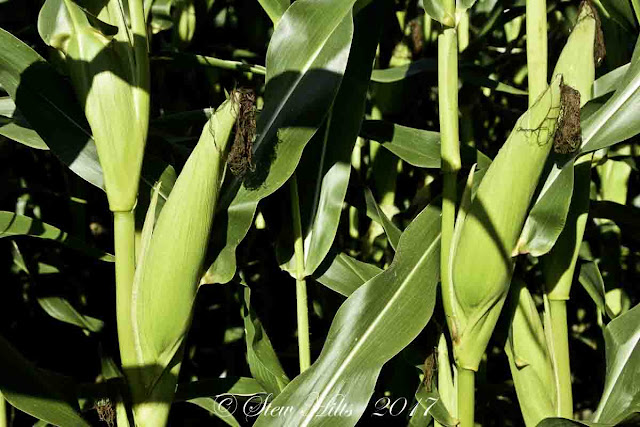 Two crops will still grow awhile yet.  The corn is high and the corn cobs are well on their way. 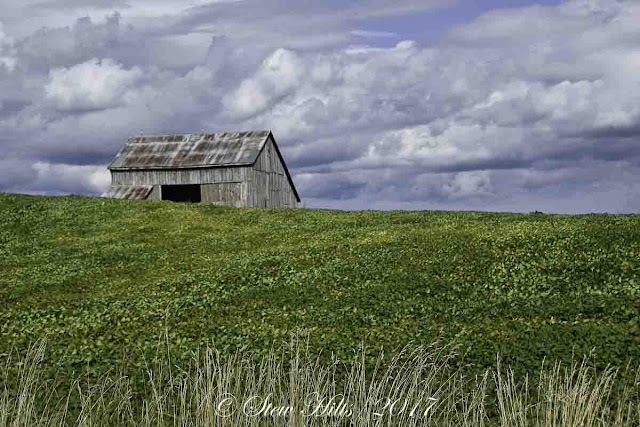 And there's just the hint of yellow in the soybean fields.  Neither will be harvested until later in the fall. 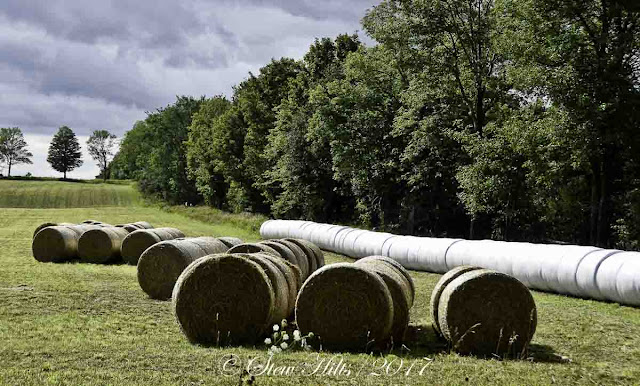 As for the mixed grain, it's a mixed bag.  Several fields I've seen have been combined, and the straw baled.  Here the dark bales in the foreground are straw, from the field of mixed grain, and the white-wrapped bales are hay.

But this field of mixed grain, just around the corner, hasn't been harvested yet.  It's certainly ready though. 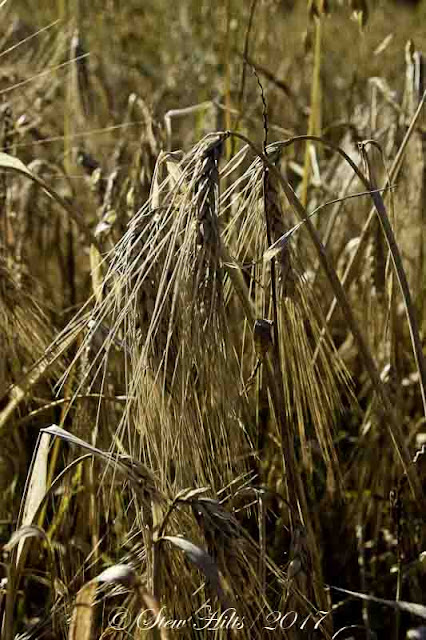 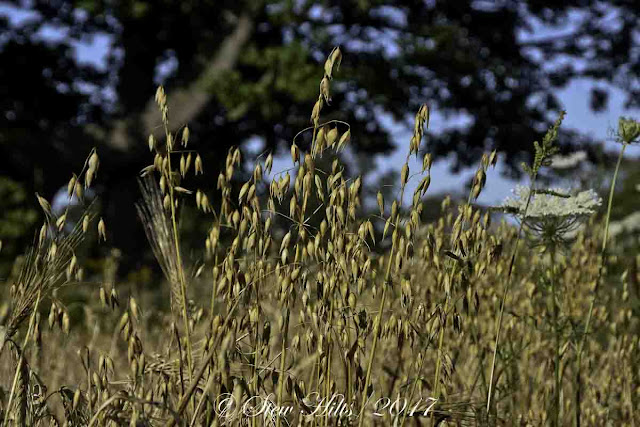 Earlier in the season, the barley stems were higher, but as the oats came on they surpassed the barley, so the oats are standing tall now. 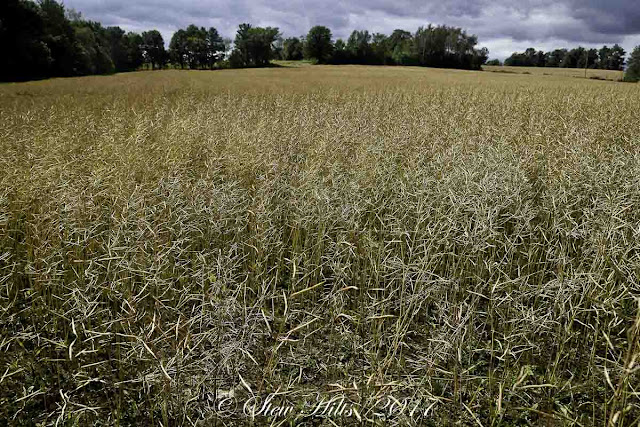 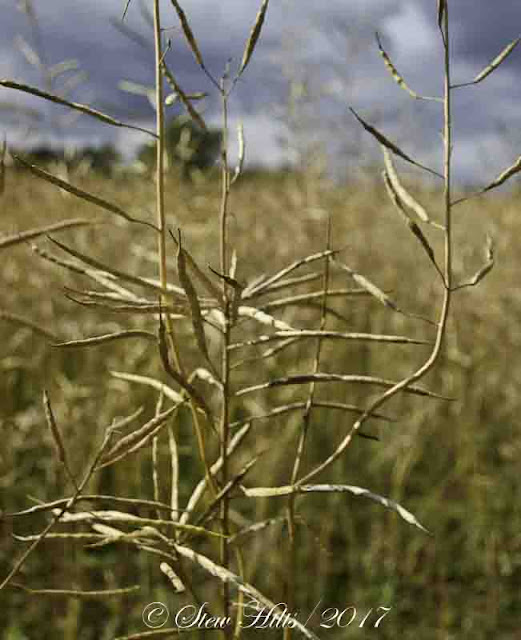 And that one field of canola I've been following looks ready for harvest, the tiny seed pods just about dried out. 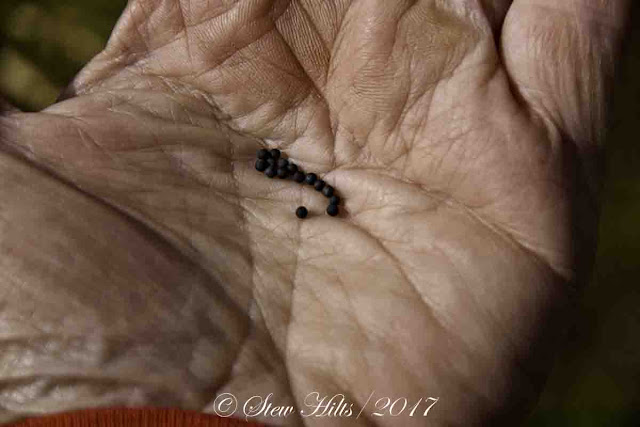 If you've never seen canola seeds, crushed to make oil, they are really tiny, by far smaller than our other grain crops.  I guess there'll be one more 'Crops Update' in the fall, when all the harvest is finished.