I'm back from my pre-move break, a wonderful 5 days canoeing on the French River in northern Ontario with some old friends.  Weather was perfect,  Canoed more than I have in several years, and enjoyed both the history and the scenery along the route of the old voyageurs who headed west on this route in the 16 and 1700's. 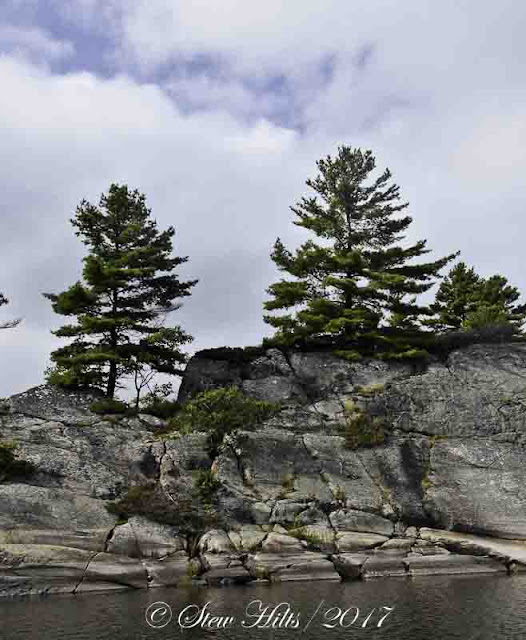 The French River in northern Ontario is a land of rock and pine trees.  Mile after mile you're paddling down rocky channels, past a White Pine forest, or sometimes rugged individual White Pines against the sky like these. This is the main route of the fur traders and explorers in Canada's early history, starting in the early 1600's.  It's a large cauldron of long narrow rocky channels like this that carry the French, Wanapetei and Pickerel Rivers out to Georgian Bay.  It's amazing to think you may be paddling along the same route that Samuel de Champlain travelled in 1615. 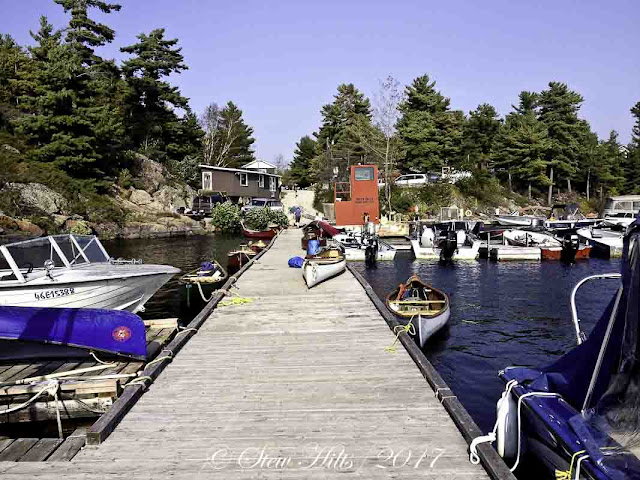 Our trip started at the Hartley Bay Marina, a well-organized place where cottagers, fishermen and canoeists leave their cars, and head into the French River Provincial Park. 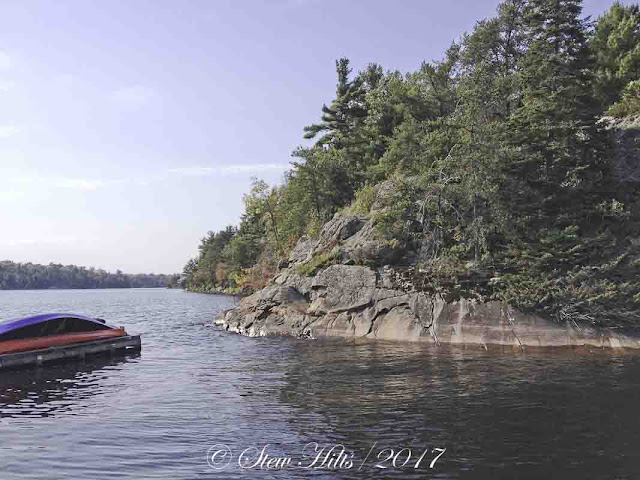 We loaded up, paddled out of the marina, and headed west down the river.  I've paddled with this group of friends 9 times before, on trips ranging from here to the Burnside River in the Arctic, but I had to give up a few years ago because my health issues made the portaging impossible. 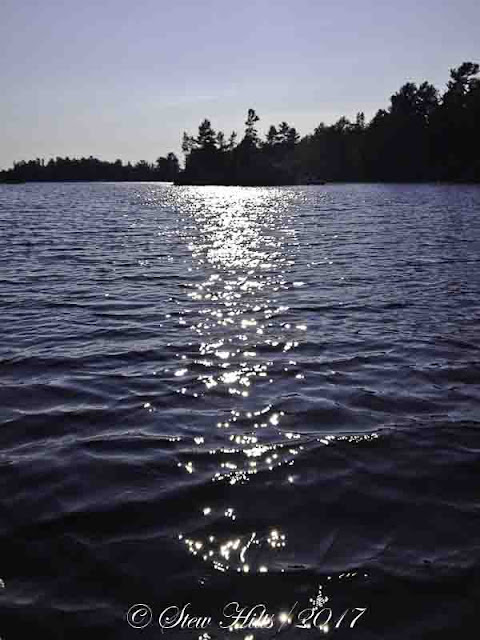 But finally, this year, the rest of the group reached the point where they were also finding portaging difficult, and they decided to rent a cabin for the trip, and do day paddles out from there.  Suited me just fine, and so I could rejoin them!  And I hope to continue in the future. 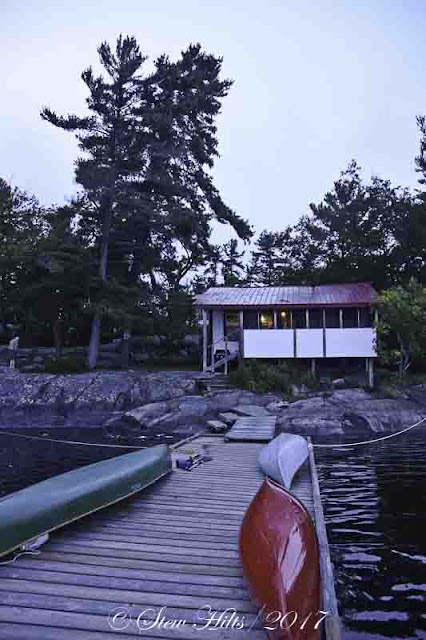 We stayed at the French River Lodge, in two cabins we rented for the week.  With 7 people, I brought along my smaller single canoe, the little red one here.  This was luxury!  A fridge, stove, beds, and hot showers.  What more could you ask for?! 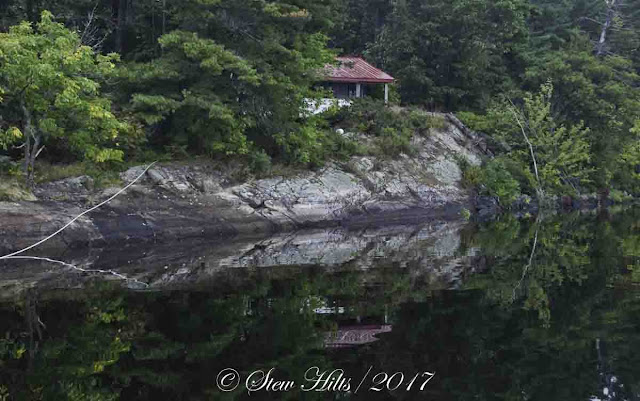 We settled in and caught up with our friends, planning where we would paddle over the next four days.  It was SO nice to be back with this group, spending time in the north with all that rock and pine trees! I took enough pictures to keep the blog going for the next month, so you'll be seeing a bit of the French River over the next few days.  Far too busy to do much photography around here at home.

Meanwhile, it's summer.  It took til after the fall equinox for summer to finally arrive with a few actually hot days!  Personally I'd rather have the cooler days we were having back again.