I headed out yesterday to help my son with some clean-up at their newly-purchased old house.  Owned by an elderly couple for decades, it really needs some updating, so we had loads of carpet to take to the dump.  I drove pretty well straight west and saw a number of interesting sights along the way.  The farm landscape changes a lot between here and there. 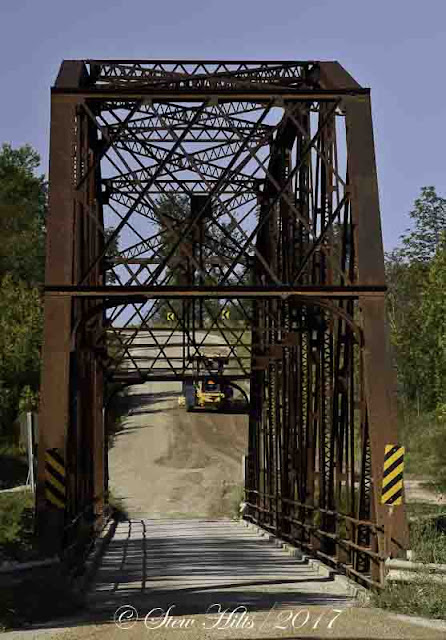 I had to cross the Saugeen River and its tributaries, more than once.  And on the back road I chose, I came upon this beautiful old wrought iron bridge. 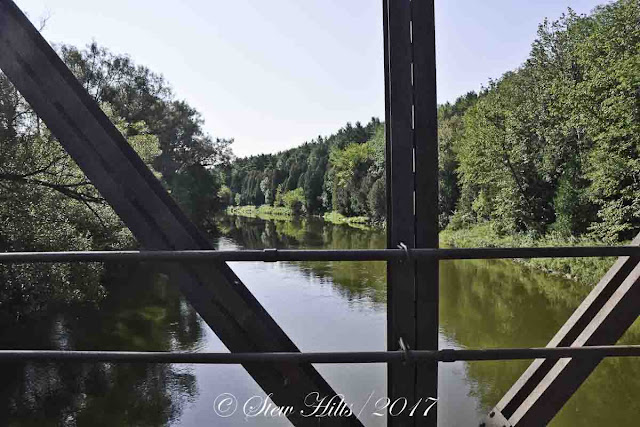 Had to wait for that road grader (above) heading slowly up the hill, so I parked on the one-lane bridge and got a picture of the river.  This is a popular weekend canoe route, and this road is one of the designated put-in spots. 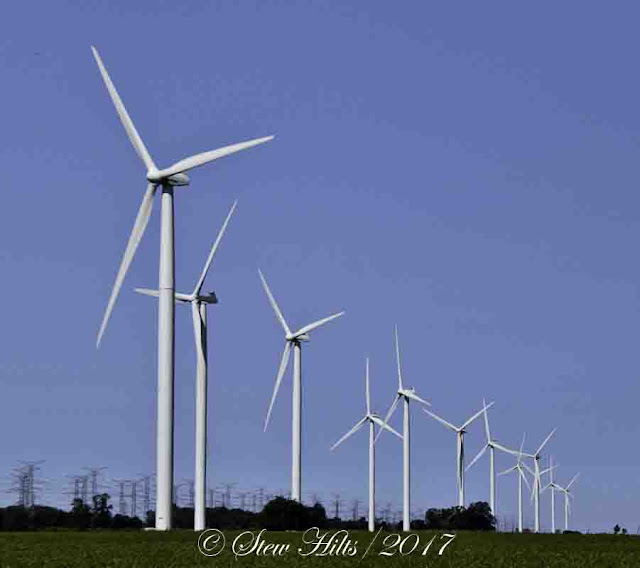 As you get closer to where our son and daughter-in-law will be living, you end up in a landscape of giant wind turbines.

Had to drive a distance to the dump, again down narrow back roads, and my son spotted this small flock of Wild Turkeys. 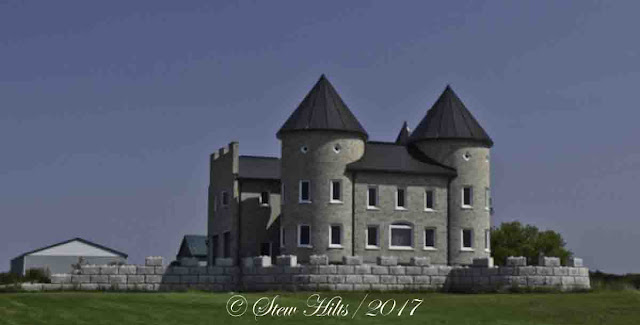 And an interesting new farmhouse castle, don't you think?  Talk about something that's out of place in the farm landscape! 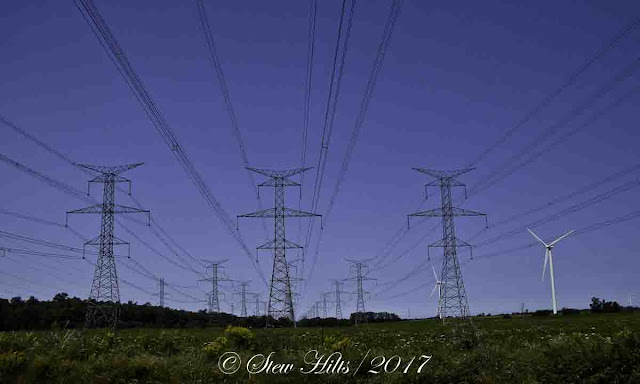 You also go under the triple transmission line from the Bruce Nuclear Power Plant on the shores of Lake Huron, which feeds all the way across southern Ontario to Toronto. 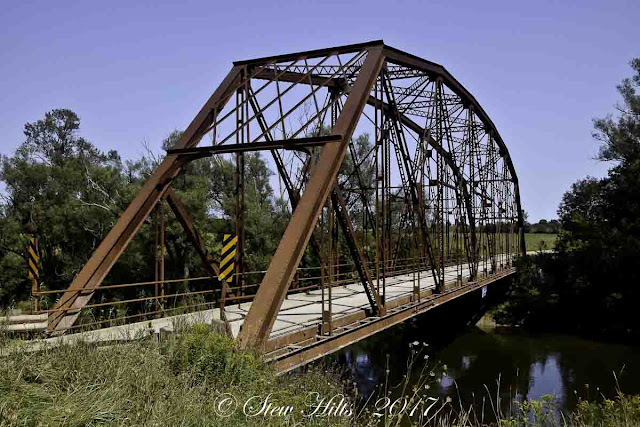 Heading home later on I stopped at that old bridge, and got a better picture.  It's quite interesting how the wrought iron structure was actually put together, those curved pieces on the east side, and two straight iron beams on this side. 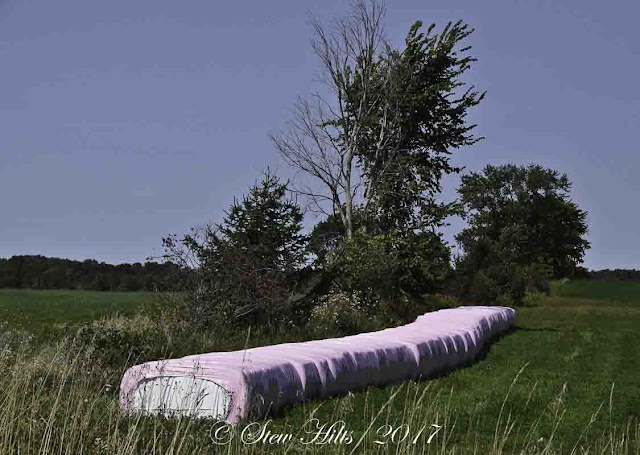 And yes, these are pink hay bales! 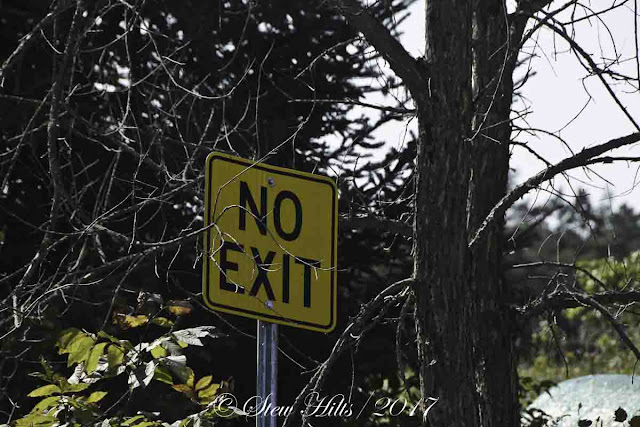 I ran into this sign on a rural road in the morning, so I drove around an extra concession to head west, but I didn't believe the sign. 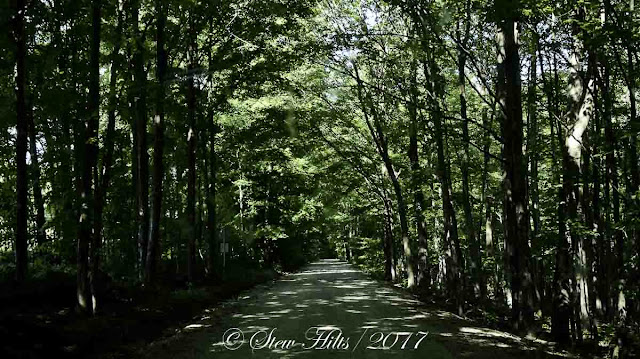 So on the way home I drove down that road from the other direction, and I was right!  It was narrow and winding in places, but straightforward to drive right through.

Beautiful day to work in the garden here today.  We're getting close to the end of potting up some plants to take with us to the new house.  Actually got warm this afternoon.  We've also had a burst of 'getting rid of things', with trips to the dump, the toxic waste disposal (just don't buy those herbicides and such!), and on Sunday, two trailer loads to our son's new old house.  We're getting there!