I know we're going to get a few hot days yet, but it feels as if the seasons have changed.  It was only 10°C (50°F) this morning, and the dew was heavy on the grass.  In the farm fields the wheat harvest is mostly over, and the harvest of mixed grain is underway.  It's late summer for me, with a taste of early fall.  Much better than July!

Didn't get a picture of a combine at work, harvesting the grain, but there are lots of farmers now out baling the straw that is left behind.  Not many of these old balers left, tossing the small 'square' bales onto the wagon towed behind.  This was the mainstay of baling hay or straw for decades. 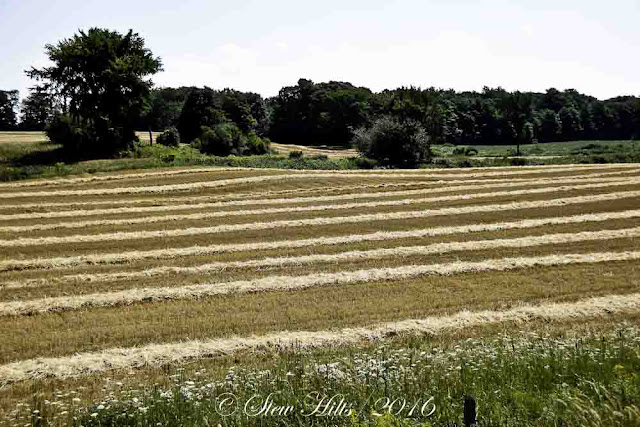 After the combine goes through, the straw (the stems of the grain) is left in swaths, and baled usually for use as bedding.  A lot is shipped off in big rectangular bales to horse farms further south for this purpose.  Not much nutritional value in this, though beef cattle can tolerate a bit in their diet if they're hungry.

I never did find a field of the big rectangular bales, but Al of the Bayfield Bunch (one of the best blogs I know), featured 'Huron County Canyons' made of straw bales in his blog a few days ago.  A pile of them fills a transport truck headed south pretty fast! 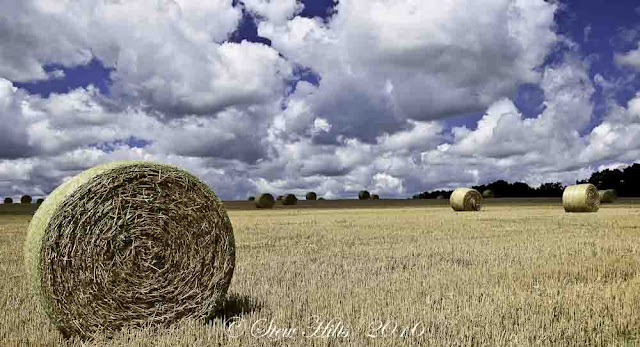 Many farmers who combine their own grain just use their hay baler to create the big round bales, the same as they do for the hay earlier in the season.  Hay still has all the seeds of the grasses in it, so it has good nutritonal value. 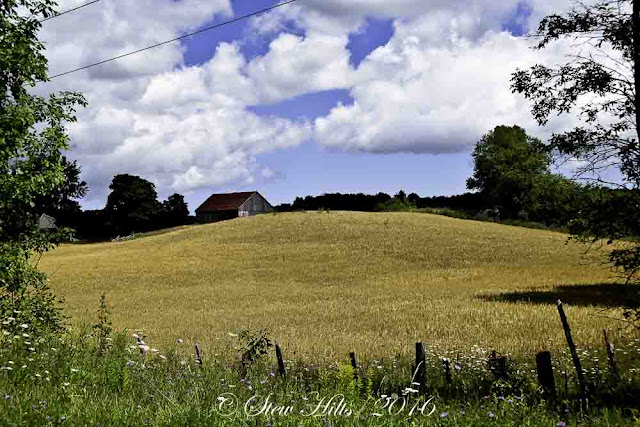 This is a field of mixed grain that sure looks ready for harvest to me, but still awaits the combine. 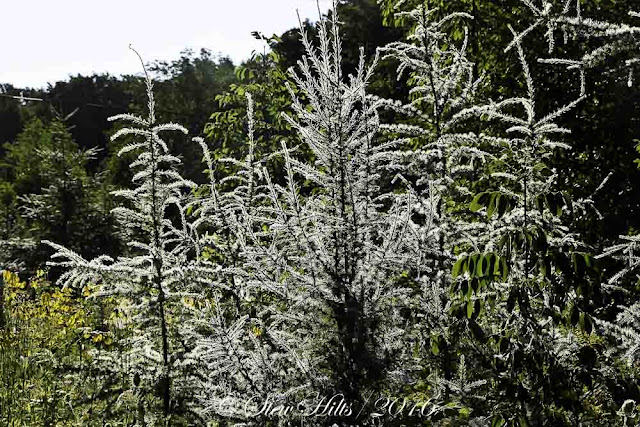 And here on the home front we had one of those late summer mornings that makes me feel like fall, with heavy dew.  It showed up best on this clump of Tamarack trees that I planted several years ago.

I guess the tiny needles hold the moisture well in the cool morning air.