There's still lots of colour in the garden, but it's shifting from the multi-colours of the Day Lilies to the many yellows of the tall False Sunflowers and shorter Brown-eyed Susans. 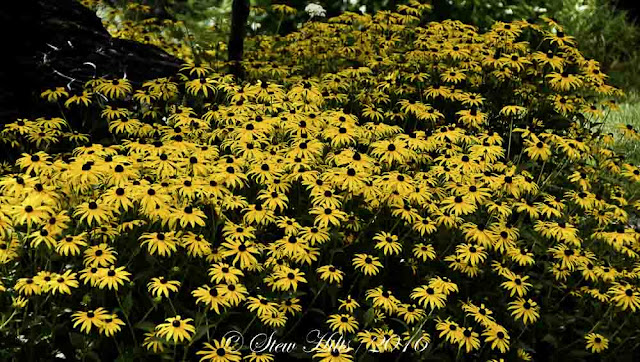 We have a big circle of Brown-eyed Susans around a huge boulder in the yard; they'll be bright yellow now for at least a month. 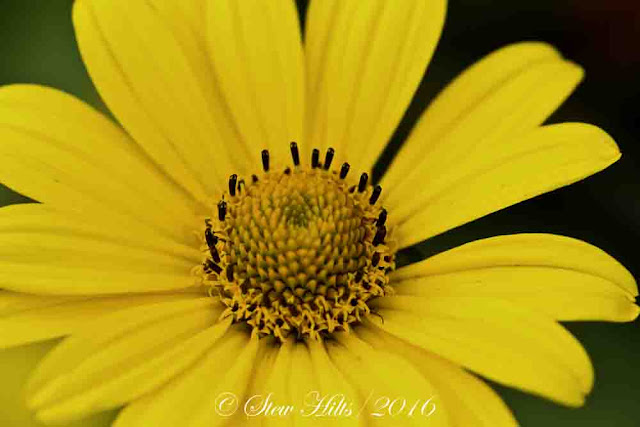 But we also have some very similar looking flowers that are clearly not Brown-eyed Susans.  Yet another variety of False Sunflowers I think. 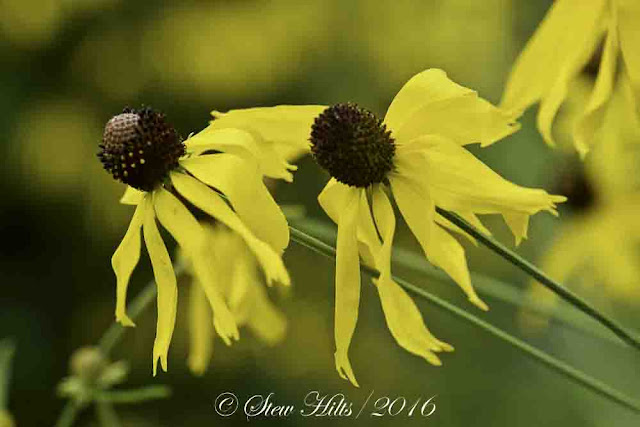 And I think these are actually Coneflowers.  They are over 5 feet tall, self-seed voraciously and would take over the entire garden in a year or two if you let them!

Put this altogether and the yellow is coming to dominate backed by the very tall (nearly 8 feet) False Sunflowers starting to come into bloom across the back of the garden. 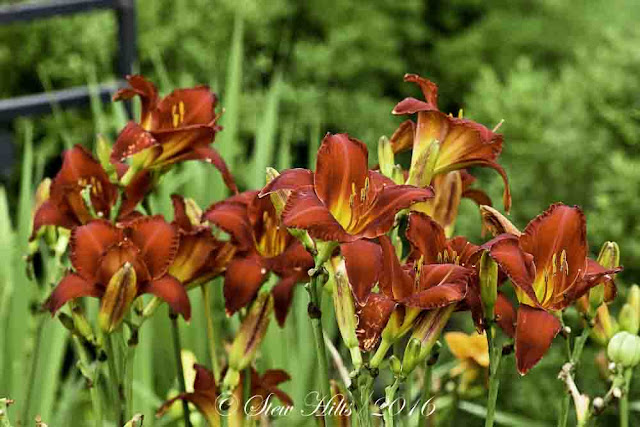 Meanwhile, the Day Lilies are fading out, though there are a few bright ones left.  This is our nicest clump right now. 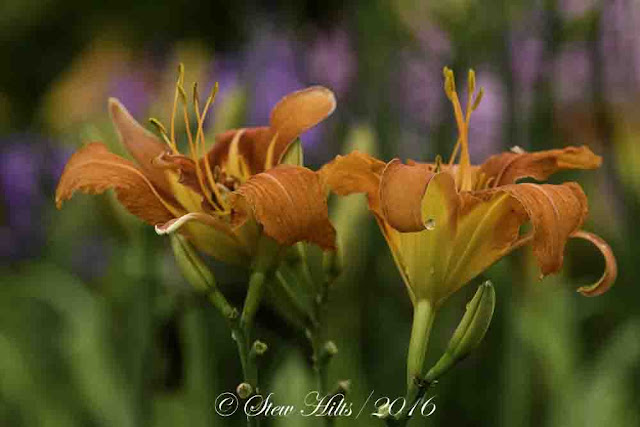 These are a nice Day Lily, but they're nearly five feet tall, and block other flowers in the garden. 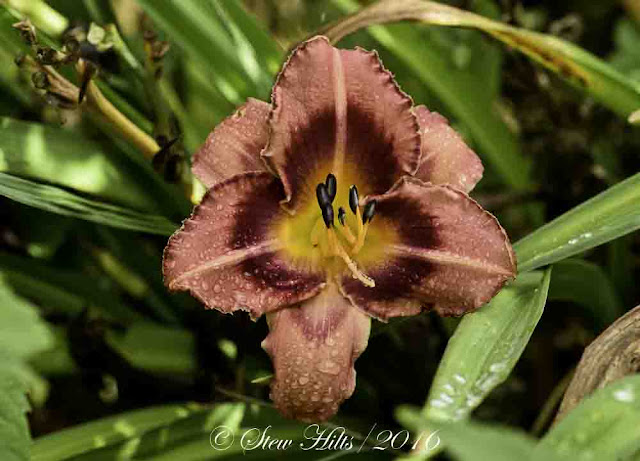 While this pretty one is too short, and of course we planted it in the middle of the garden where it's almost hidden. 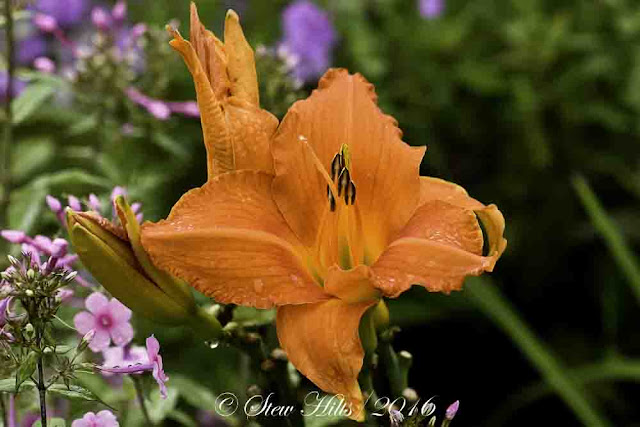 This one is just right. 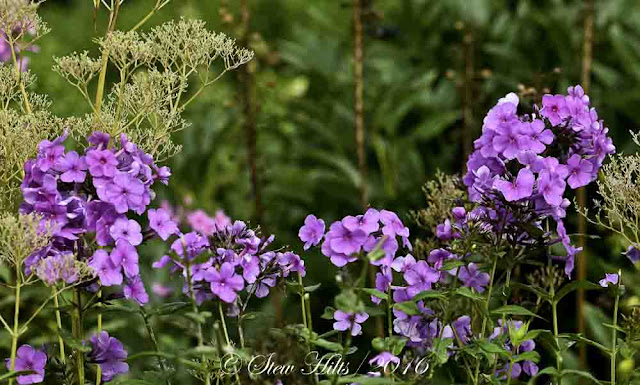 The Phlox is blooming now; we have several colours. 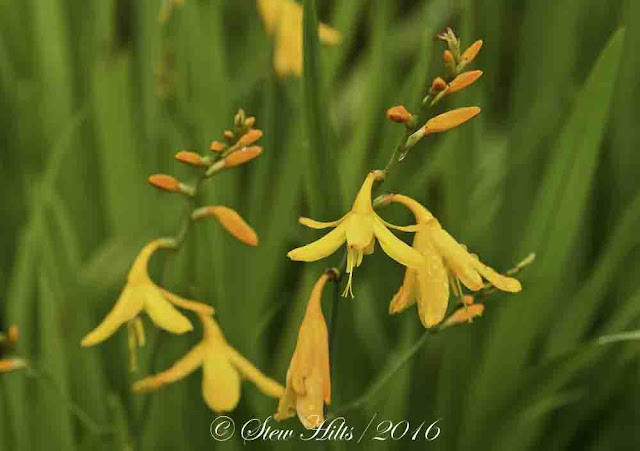 And we have an unusual orange Crocosmia (usually red).  It was transplanted out into a more open spot last year, and has many more blooms this year. 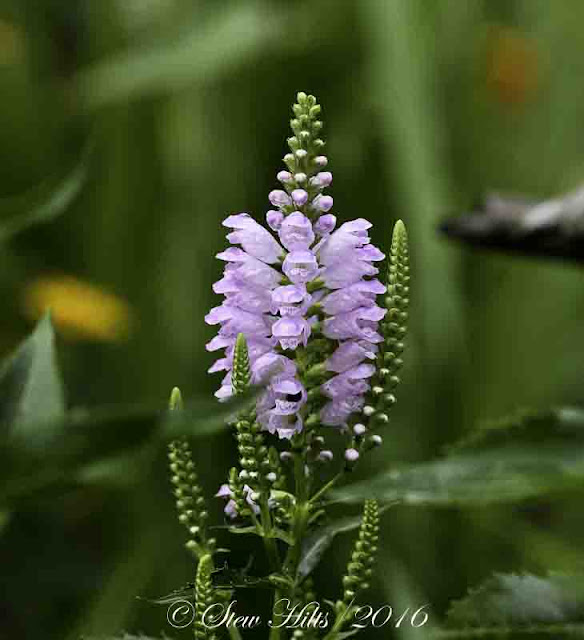 And our tall pale lavender Vervain is just starting to bloom.  That's your mid-August seasonal update.

I haven't mentioned the weeds, 'cause I've been ignoring them in this awful heat, and I'm still ignoring them!