A couple of weeks ago, on our way back from 'down south', we drove over to Lake Eugenia to see if the Osprey were there.  There's a big nest platform right along the busy causeway, which has had nesting Osprey for some years now. 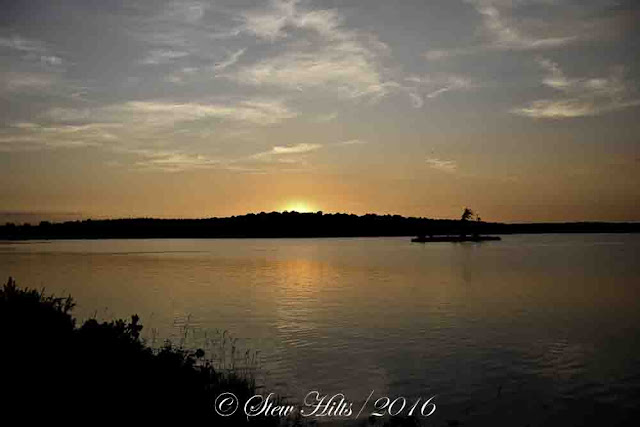 It was getting toward sunset, and after we'd captured a few shots of the birds, we drove across, turned around, and then stopped for the sunset on our way back.  It was even better on the water than in the sky. 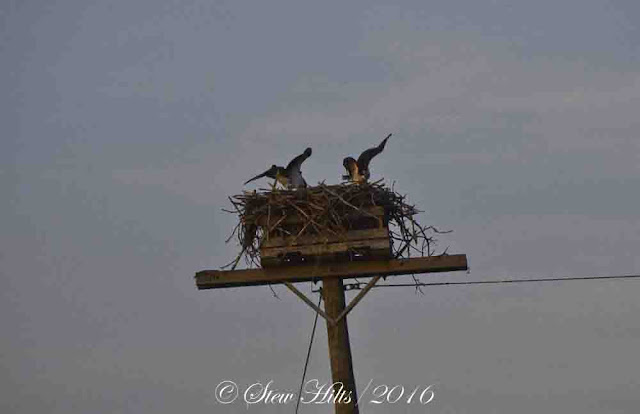 The Osprey were certainly there, and we stopped a fair distance away first.  They were moving around and raising their wings as if to take off.  We were looking for young. 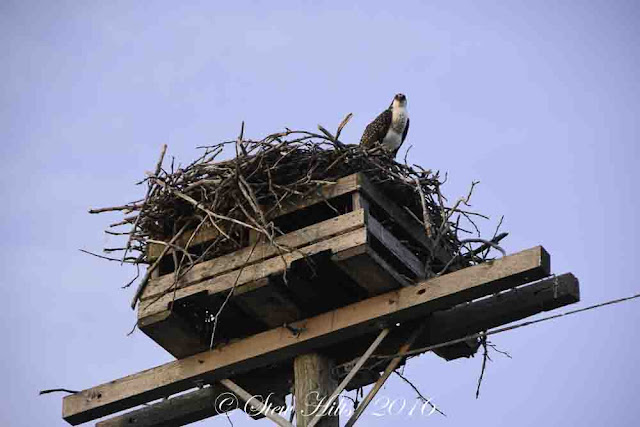 One bird did fly, but the other stayed there even when we got quite close.  We just stayed in the car to minimize disturbing them, but they are clearly used to vehicles and people coming and going here beneath them all day long. 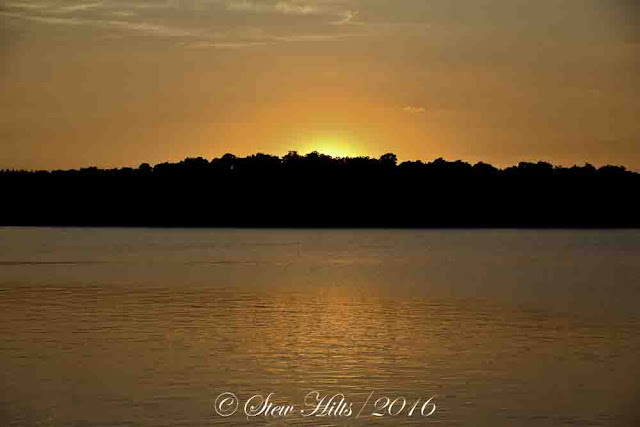 The sunset just got better and better until the sun disappeared. 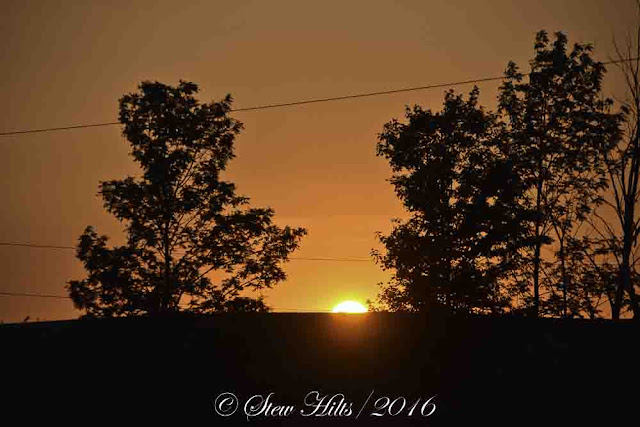 We left the lake and headed home, catching the sun again as we headed down into the valley.  It was the reddest ball of fire we have ever seen!  More about the Osprey tomorrow.