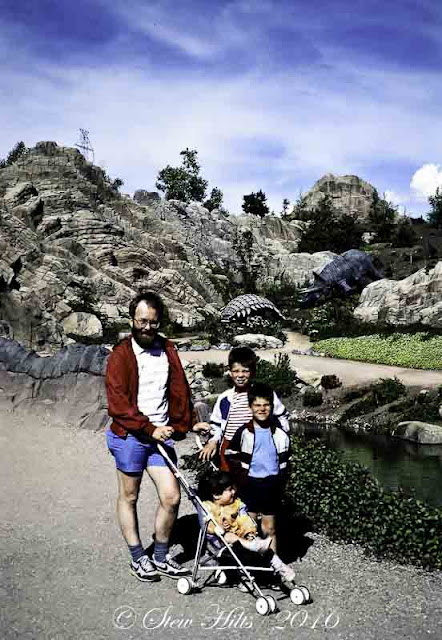 Yours truly (a particularly photogenic 30 year-old picture) with the 3 kids
at the Calgary Zoo Prehistoric Park, 1986,

I think it probably started for our daughter when we took the kids on five camping trips across the country, starting in 1986 when our daughter was 2.  Three big trips through the mountains of B.C. out to the ocean, and as far north as the Yukon and Alaska meant they all fell in love with the west. 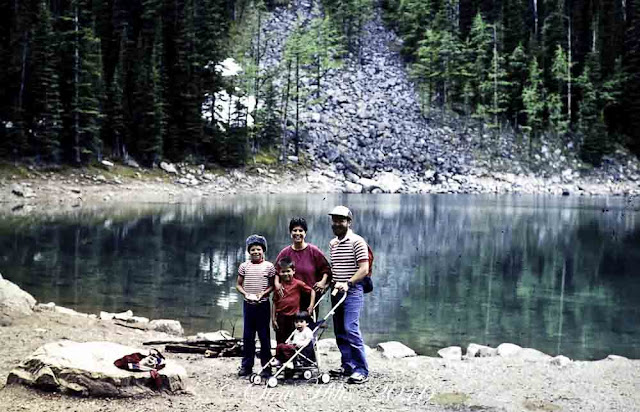 The trips west certainly cemented William's love of the mountains, and he spent much of his flying career in B.C.  Our daughter and her husband fell in love with the mountains anew last fall when we went to Alberta and B.C. for Will's memorial services.  She has stayed in touch with a couple of Will's friends who live in or near Abbotsford since then. 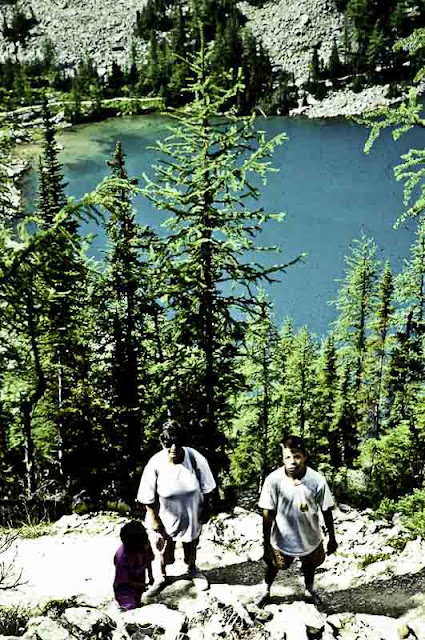 Three of us on the many switch-backed very steep trail above Lake Agnes,
headed for the lookout on top of the Beehive - 1990, when our daughter was 6.

And so the talk of moving west started last fall, new job opportunities were checked out, and a trip west to investigate where to live was organized.  Then suddenly it happened; they bought a house there and sold their house here, and now off they go!  The past five days have been some of the most intensive in our retired life, helping them pack, and then having our daughter and the grands here for 3 days while her husband drove the car west.  She will fly tomorrow.  As you can imagine, there are some mixed emotions, but we are thrilled for them and hope they love their new life in the mountains and near the ocean. 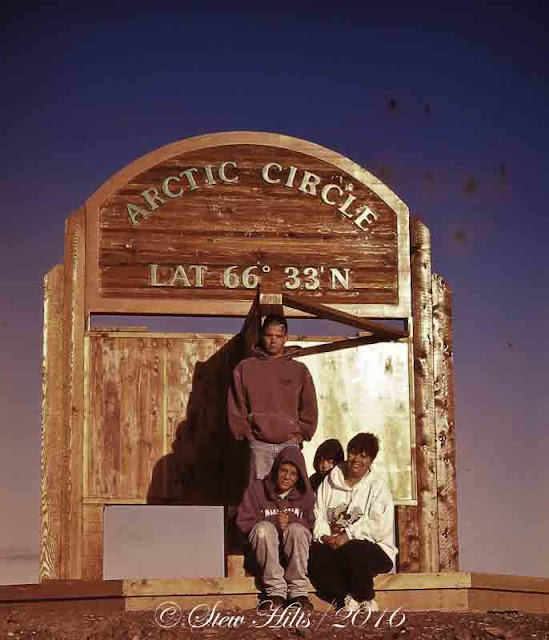 And what are the new opportunities for us?  Well of course a very big incentive to spend some time travelling in B.C., and perhaps all up and down the west from Arizona to Alaska.  There are national, state and provincial parks galore all the way through Canada and the U.S.A., with some of the best scenery in the world!  There are many in Canada we want to revisit; and parts of the U.S. we've never seen.  So it's a big change in our lives; cross your fingers for us that it will all work out well.  I may have to change the name of my blog 'cause we'll be spending more time away from the valley.  "Furry Gnome's Adventures" has been suggested!

Dug out my little-used laptop for tonight's post; an older and slower laptop is doing much better than the newer and faster desktop tonight!
Posted by The Furry Gnome at 8:41 PM