Each year from mid-September to mid-October, Meaford, the town on Georgian Bay directly north of us (where I get most of my pictures of Georgian Bay), is invaded by numerous scarecrows.  It started in 1996, with some businesses creating scarecrows to decorate the main street, during the annual Apple Harvest Craft Show weekend.  Now it's a month of scarecrows everywhere! 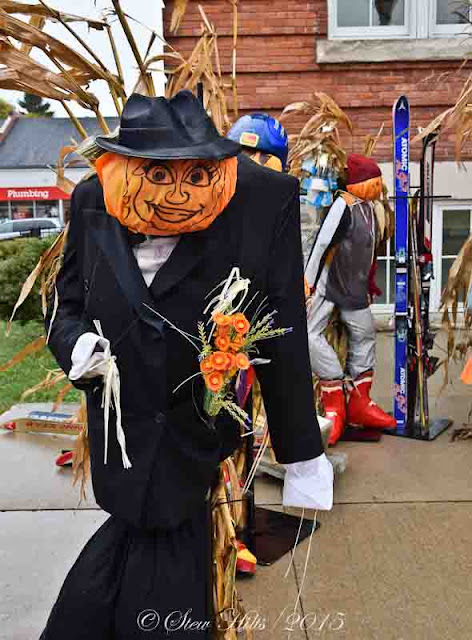 The scarecrows, made by a great many citizen volunteers, are all over town, particularly up and down the main street. 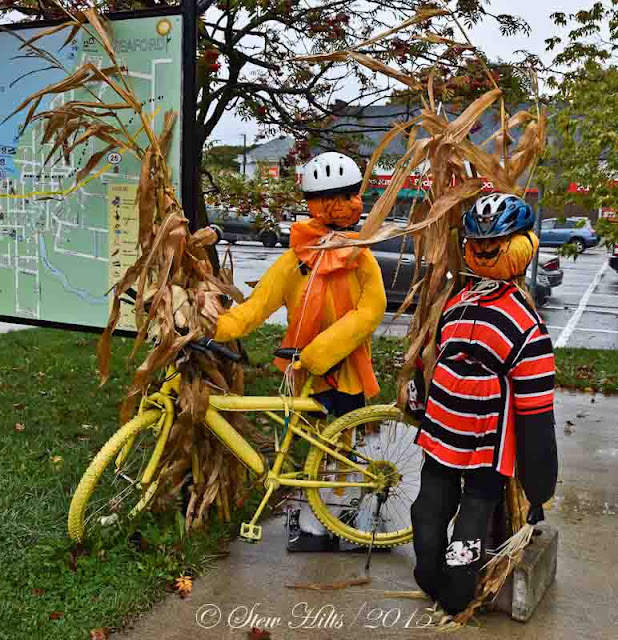 I just captured a few near the centre of town, on a grey day that was slightly drizzly, all just outside the Meaford Hall - the former town hall, now a concert theatre. 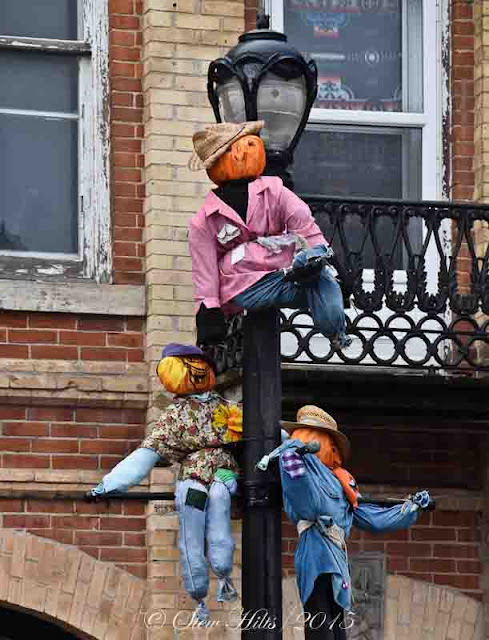 They were even hanging from the lamposts up and down the street. 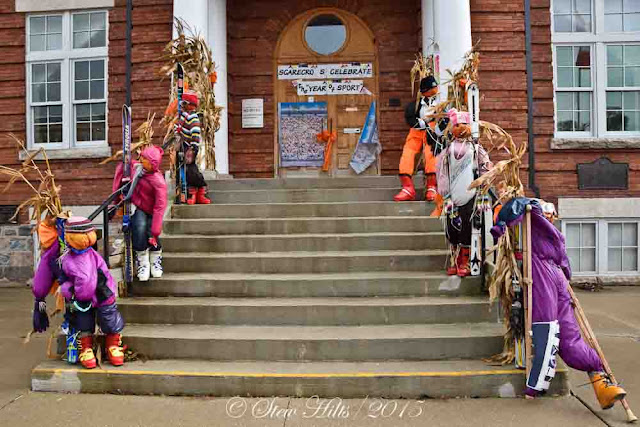 This group was lined up on the front steps of the hall.  The theme this year was celebrating sport, so all of these are in ski boots and winter outfits.  The Blue Mountain ski clubs are just a few miles to the east. 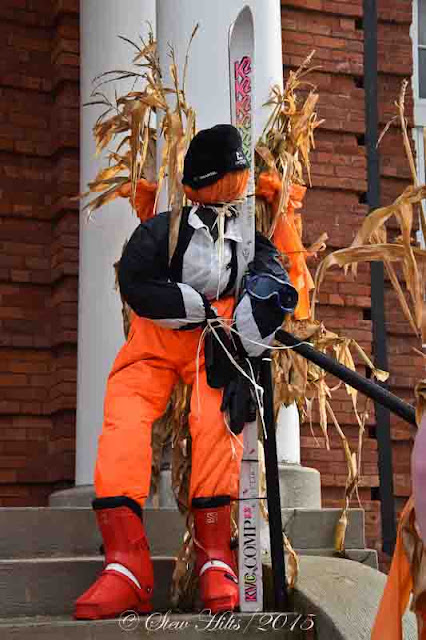 Gave me lots of memories of downhill skiing, though I've now give that up for cross-country. 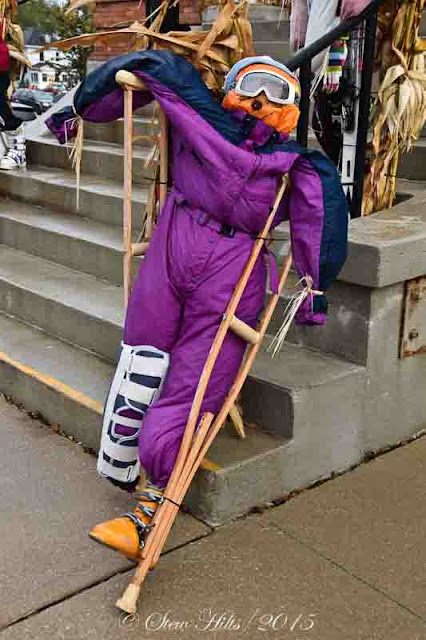 And of course, occasionally there's an injury!  I tore my own knee ligaments skiing about 20 years ago! 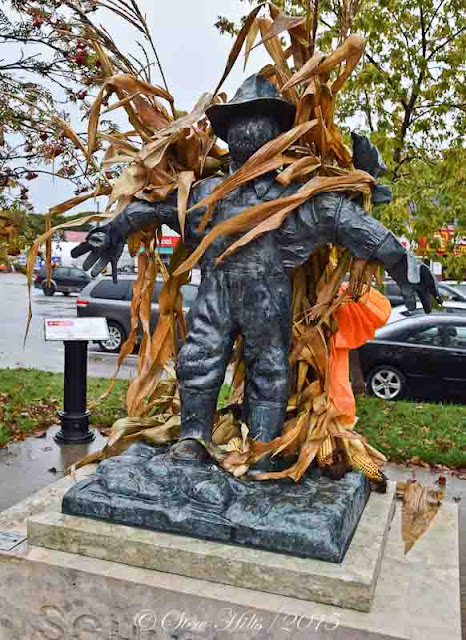 There's even a statue in honour of Meaford's scarecrows.  It's called 'Schubird', and the best explanation I've found for the name is that it stands for 'shoo bird'.  You see Meaford is the apple capital of Canada, and has lots of berry farms as well, so they want to shoo the birds away!  It all makes for a colourful month in Meaford anyway!

Went 'down south' (two hours south that is), to a family wedding - but I've caught a cold and don't really feel very well now.  It's a race here between the rainy days, the sunny days, and the end of October, 'cause I still need to mulch the leaves.  I know from the past that I can't count on good weather past the end of October, so I'm hoping for a sunny and dry week!