I just can't let you go without a few more pictures of the snow!  And I was glad that at least a few of you had a positive reaction.  It's almost all gone now, though we did have a bit more today.  And I know it'll be probably several more weeks now before we have any more.  I actually enjoy these early fall days of snow and freezing temperatures, much better than those -30° temperatures + wind that we get in January! 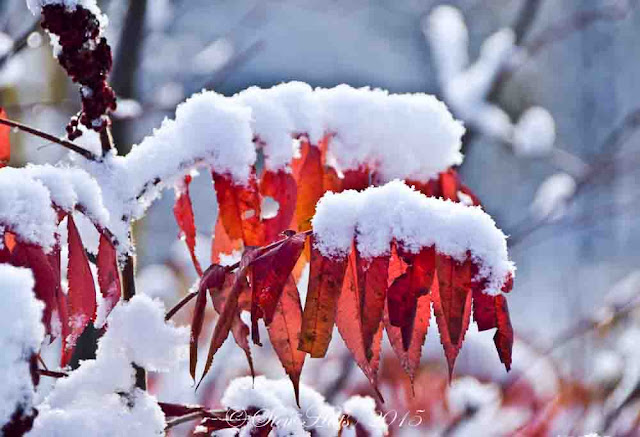 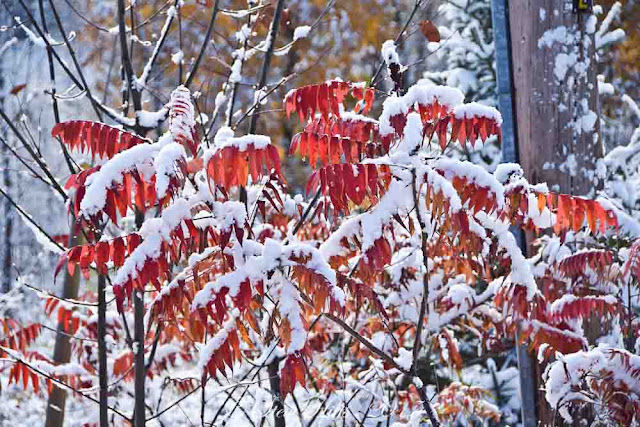 The Sumach in the front yard are the brightest fall colours around. 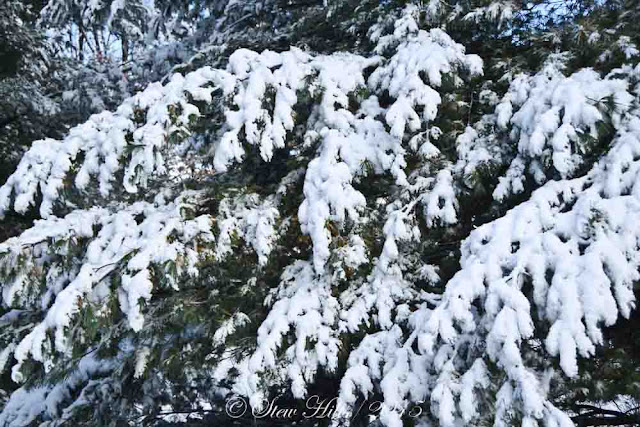 But the snow accumulates the most on the evergreen branches. 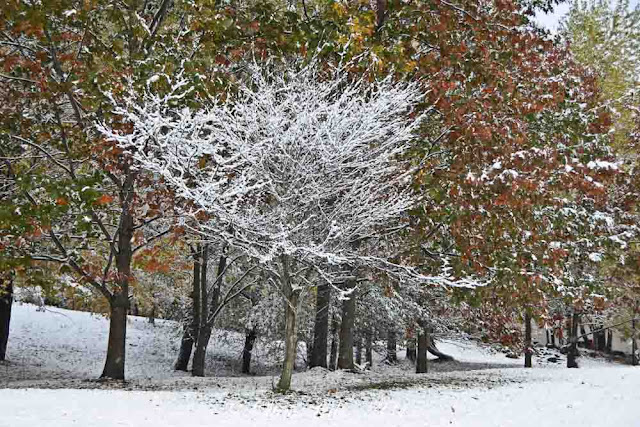 I liked the way this small Hawthorn had collected the snow, while the Oaks behind it still have their leaves. 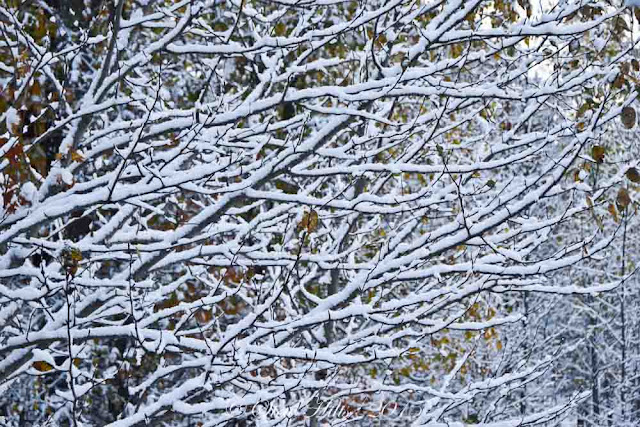 The snow was wet enough it just stuck to all the branches. 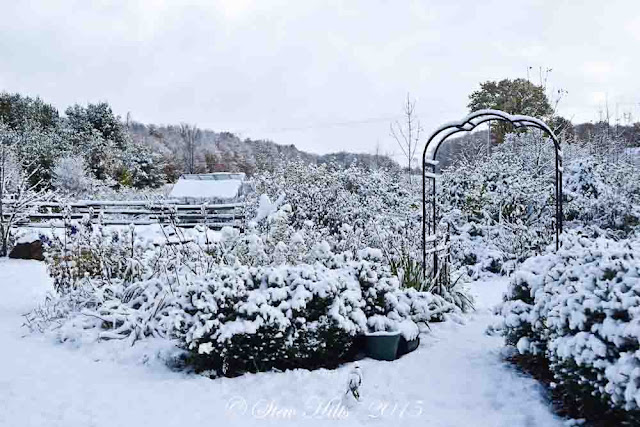 This was the garden; it's pretty well had it for the year now, even though I'll do a bit more clean-up in the next week of two. 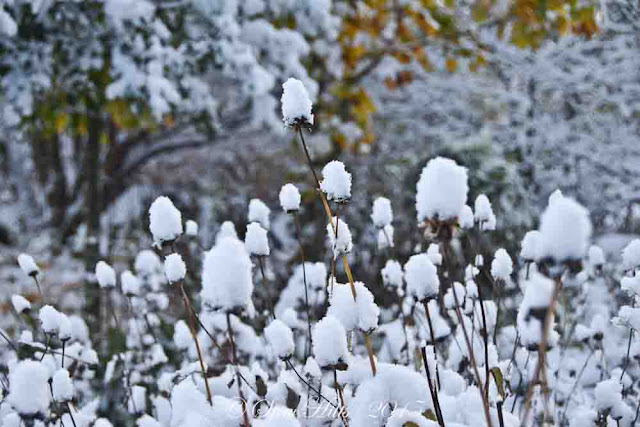 Snow on the heads of the Coneflowers. 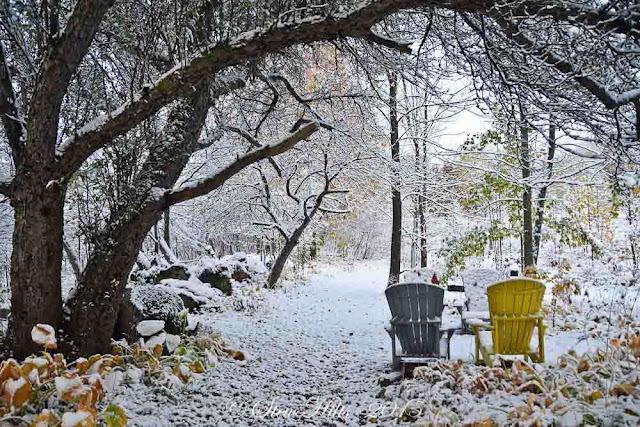 And our chairs under the apple tree - my favourite place to sit in warmer months!

I don't understand how -1°C on a wet day in October can feel so much colder than -5°C on a sunny day in January!  But it does.  I'm ready to dig out the long johns and a scarf to stay warm.  But the forecast says we'll be back to decent weather at least for the next two weeks.