We hopped on a plane in Edmonton, lifted over the mountains and down into Abbotsford in southern B.C., an easy short evening flight.  The next morning we got to go and visit the Conair hangars at the airport, and see the 'Fire Boss' plane, the one William flew, up close and personal.

Conair is one of the biggest aerial firefighting operations on the continent, providing much of the air support for forest fire fighting in Alaska, the Yukon, B.C. and Alberta.  It also has operations in the U.S. and France. 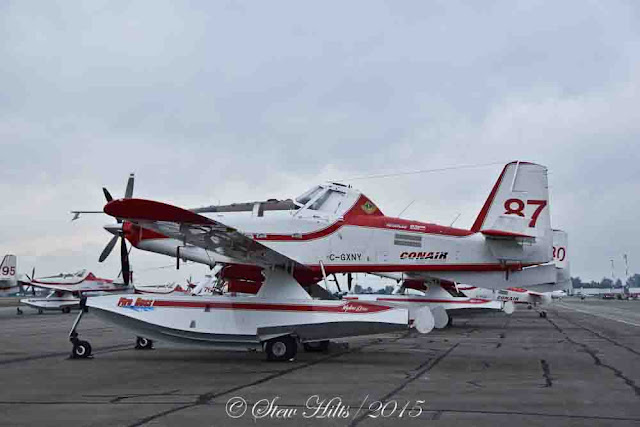 And this is the 'Fire Boss', a smaller waterbomber that can land on lakes, scoop up water, and return directly to the fire.  Because it can operate quickly, it is often sent into a fire first.  If lakes are close, they can make many water drops in a day.  They operate in teams of 4-6 together, led by a spotter plane called the bird dog.  It'd seen pictures of the plane, but never a plane itself, and couldn't quite make out how it all fit together, so I was glad to see an actual plane. 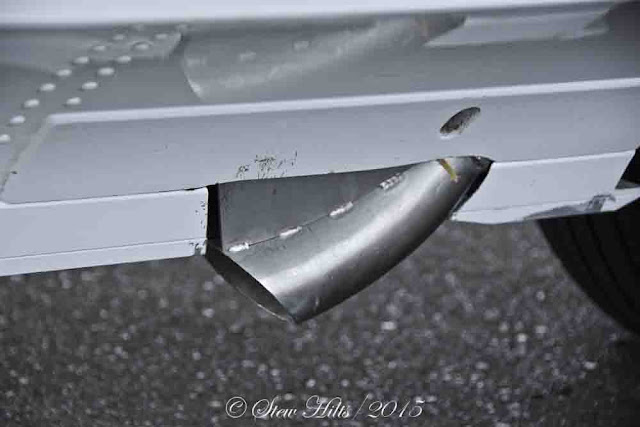 The water scoop is just a small tube on the bottom of the floats.  Water passes through the floats in a pipe up to a large tank in the fusilage, in front of the pilot (giving the plane what looks like an extra long nose). 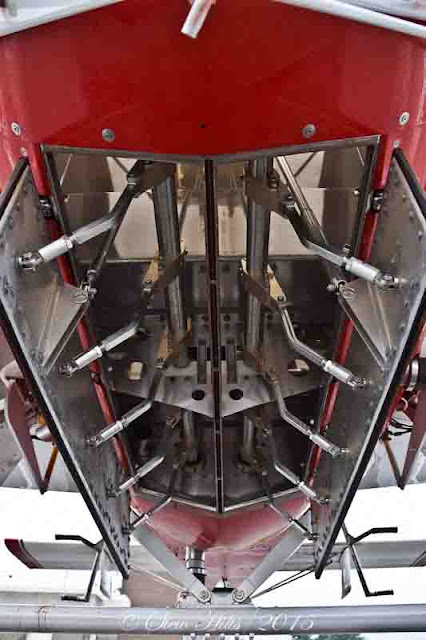 And when it's in position over the fire, the pilot opens the bomb doors on the bottom of the plane, and drops the water where the spotter directs. 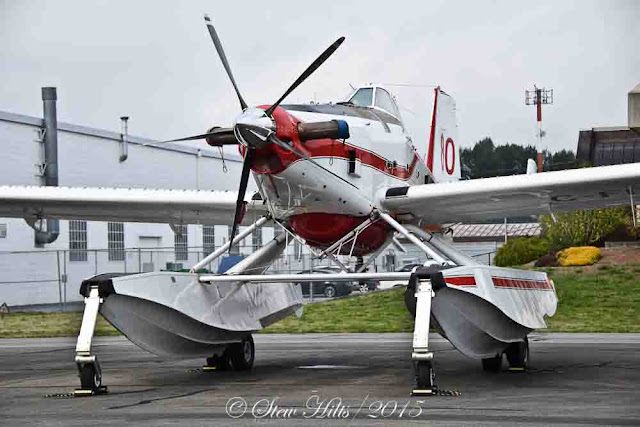 These planes also have wheels, so they can land at airstrips if necessary for refueling.  Here you can see the water pipe leading up from each float to the tank in the fusilage. 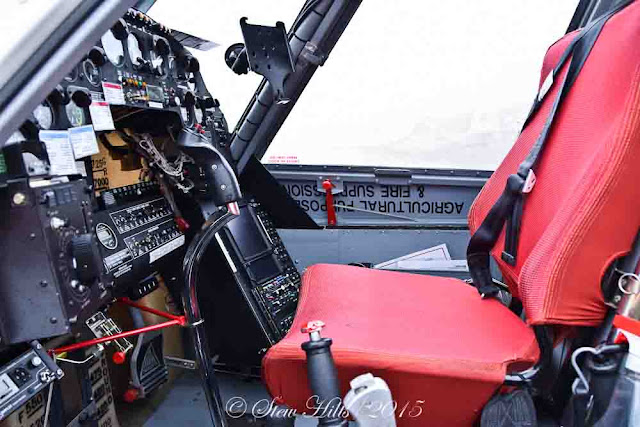 It's certainly a challenge to fly, with all the normal controls of a float plane, but also the controls for taking on water and dropping it.  And it's a cramped little space for the pilot. 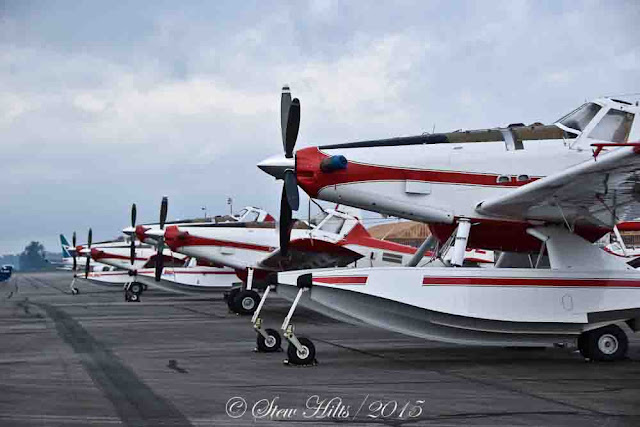 The company had quite a lineup of these planes back for the winter.  They'll all get a winter overhall, but otherwise sit here until next fire season starts in April. 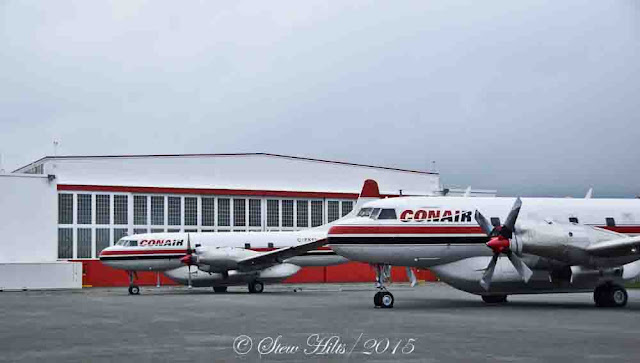 We also saw the larger water bombers which William flew in his first year with Conair.  You can see the water tank on the bottom of the plane. 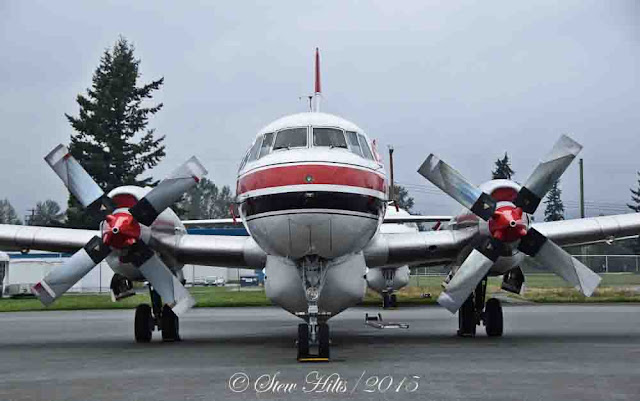 This plane is large enough to need both a pilot and co-pilot, and must return to an airbase for refilling with fire retardant spray. 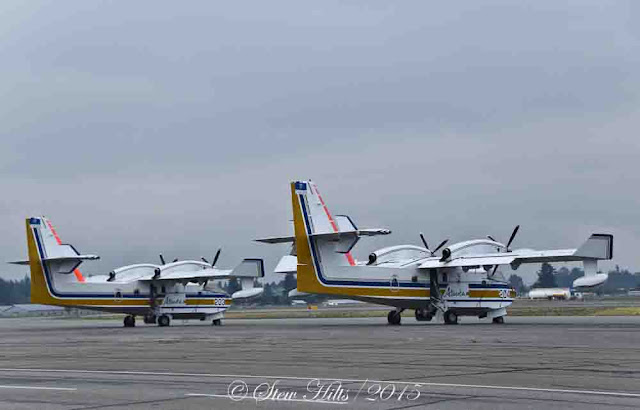 And finally we saw the big CS215's, a huge float plane that uses the body of the plane as the main float.  One of Will's friends told us that his aim was to eventually learn to fly this plane. 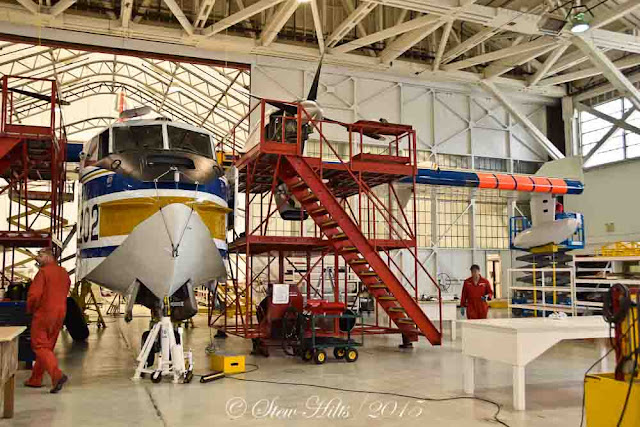 This one is in the hangar getting it's winter overhall.  It has outrigger floats on each end of the wings.  I really enjoyed seeing these planes; it helped me understand the job Will had (and loved), much better that just hearing about it.  I was glad we got the chance to go and visit.