The marina at Meaford was full of sailboats when I visited, all back in the water and ready for summer sailing.  They're just waiting for holiday weekends or longer vacations on the part of their owners, and they'll be out on the bay with sails hoisted. 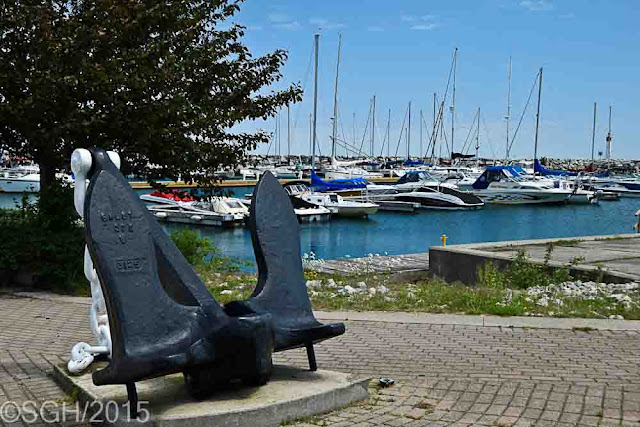 The marina part of the harbour was filled with masts, all protected by the big stone breakwater that you can just make out in the background. 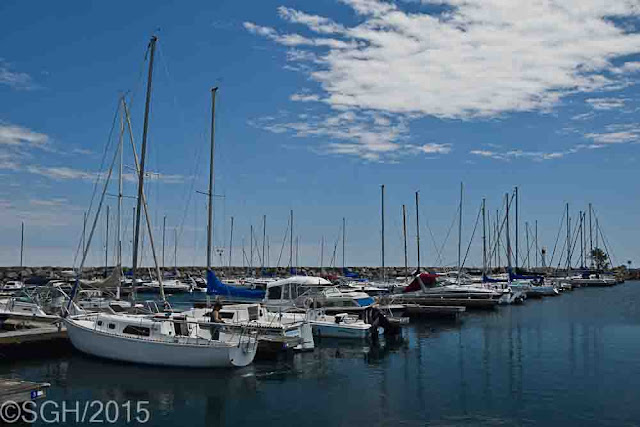 I have to admit that I've never sailed, and would not know where to start, but boats always seem to fascinate me. 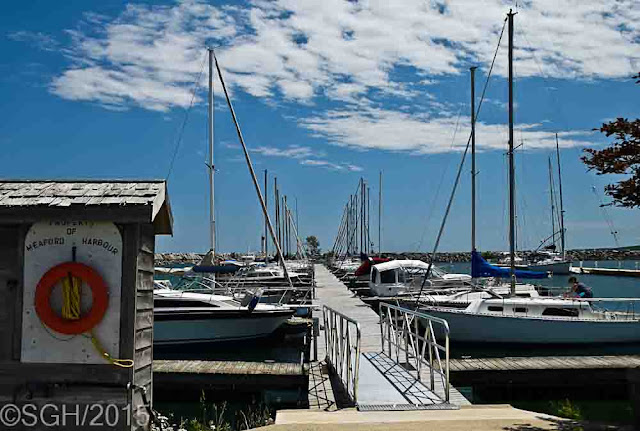 Lots of interesting patterns as there were three long docks sticking out from the main walkway, with boats all down each side. 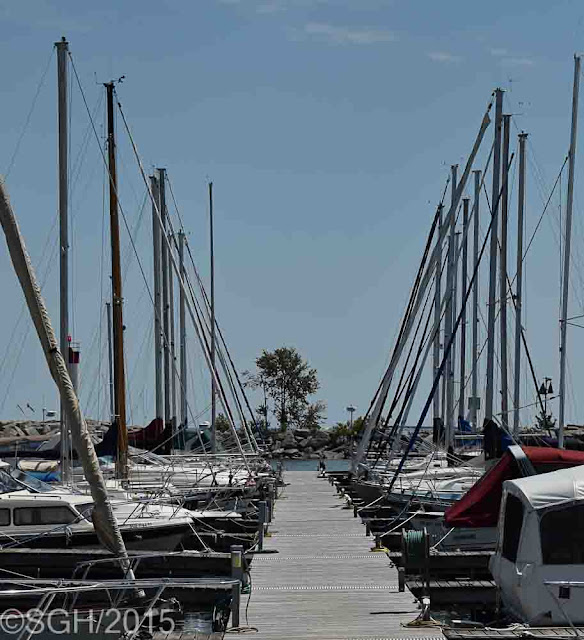 Even the masts themselves form interesting patterns.  And there were signs warning 'No Swimming', due to risk of electrocution!  I guess they have power running out to all these boats. 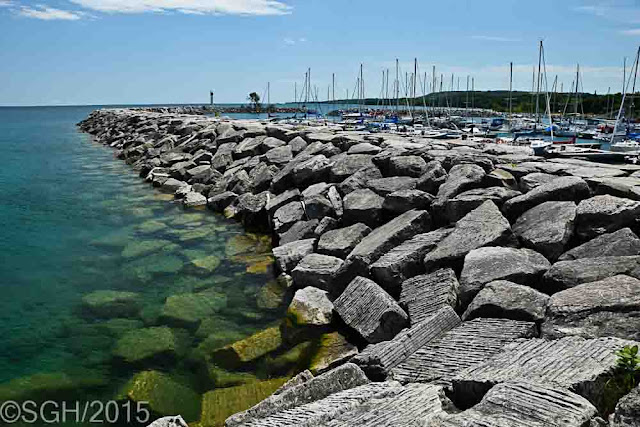 I'd never walked all the way out to the breakwater; in the winter this walk would be like the Arctic in a blizzard!  But someday I'll walk all the way down to that small outer light at the end. 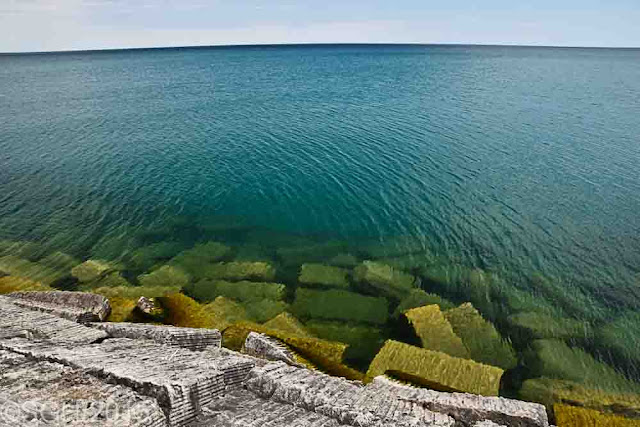 The water here was just as clear as yesterday's photos, but the rocks appeared to be large chunks of concrete rather than boulders.