Wasaya Airways, which Will flew for in Northern Ontario, had one freight plane with the large rear door for carrying heavy machinery.  You could drive a small bulldozer right up into the back of the plane. 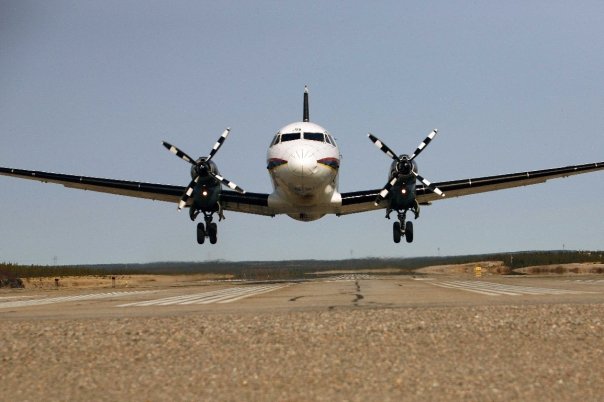 Once or twice Will got to take this plane on a longer flight to deliver equipment to far Northern Quebec and to Nunavut.  A big adventure and a long flight!  That's Will flying in the picture above. It's a bleak landscape with very small settlements that were few and far between. 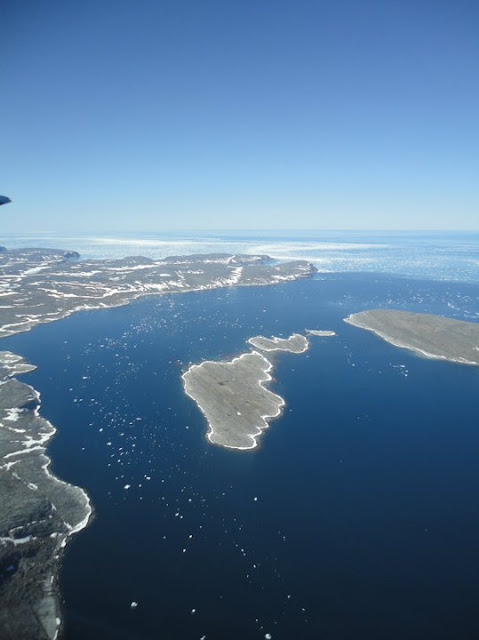 They were flying to Quaqtaq, on the outer point of the western side of Ungava Bay, which extends south into Quebec off Hudson Strait.  Baffin Island is on the other side. 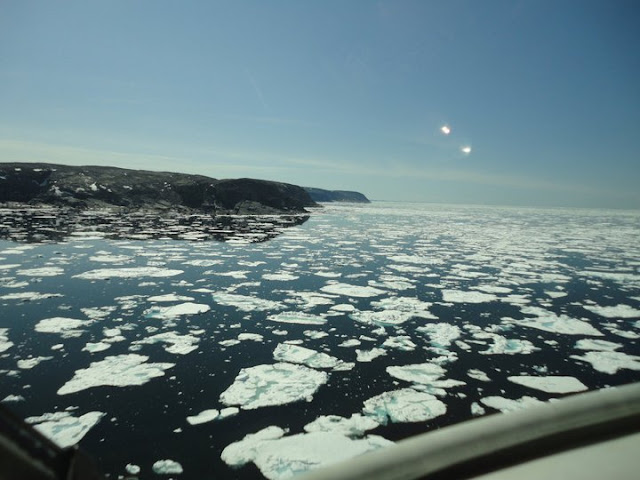 Lots of ice flows still in the bay, but this plane was landing at the gravel airstrip. 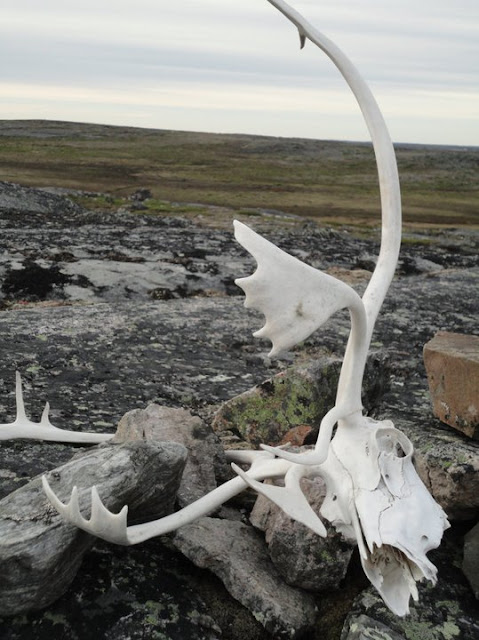 Will must have got out to look around at least a little, since this was one of his photos from the trip. 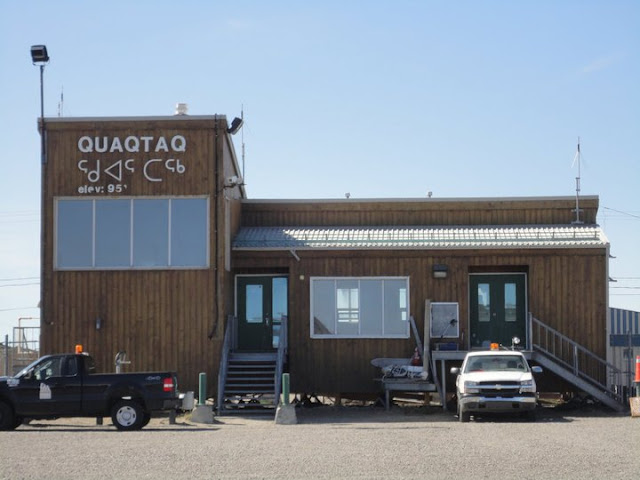 'Quaqtaq', how's that for a name with three 'Q's!  It's an Inuit community.