The last step in Will's career was joining Conair Aerial Firefighting, based in British Columbia, nearly 4 years ago now.  During his first summer he flew the big water bombers with a co-pilot, and then he moved to the advance group of small single pilot bombers. 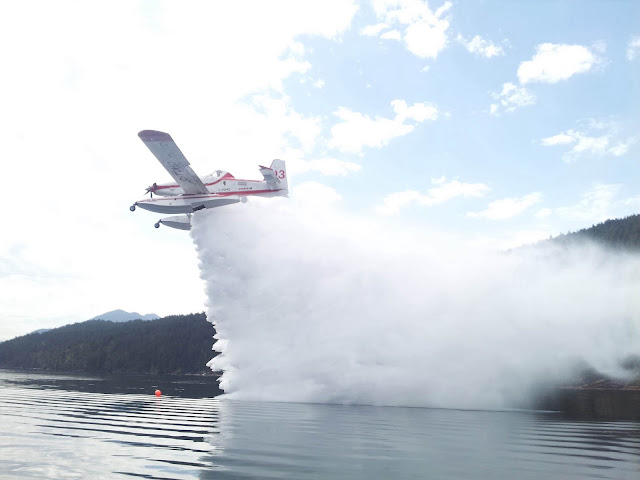 This is the small water bomber.  They pick up water directly from a lake, working in a team of 4-6 identical planes, and drop it along the edge of a fire, or around buildings that they're trying to save. 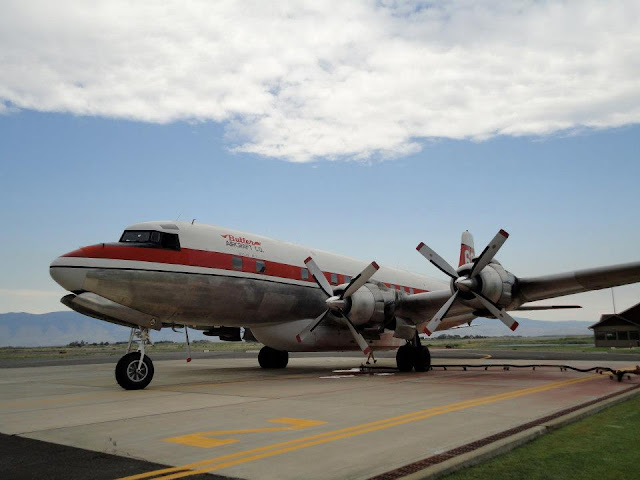 The large water bombers are quite different.  They need to be filled at an airport, and they drop a chemical fire retardant, in advance of the fire edge.  They take longer to reach a fire and between refills as they need to fly to the nearest airport.  You can see the extra tank on the bottom of the plane. 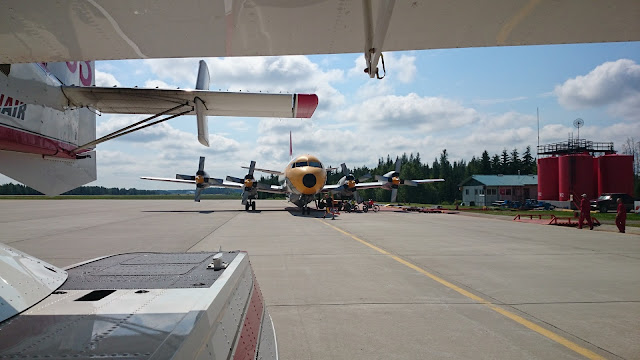 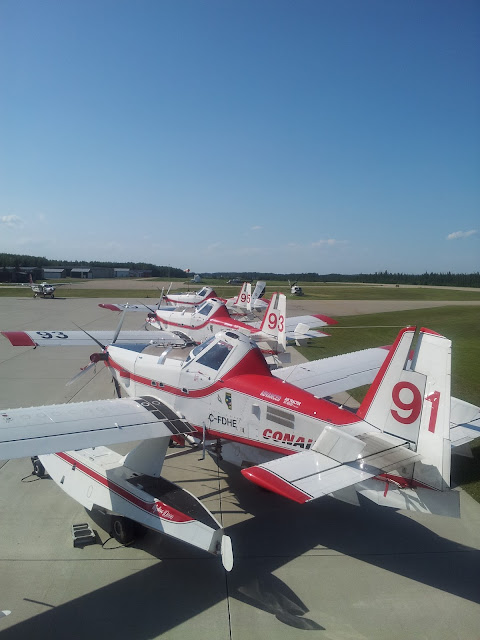 The smaller bombers normally work in a team, flying past the fire in a line, taking turns dropping their water. 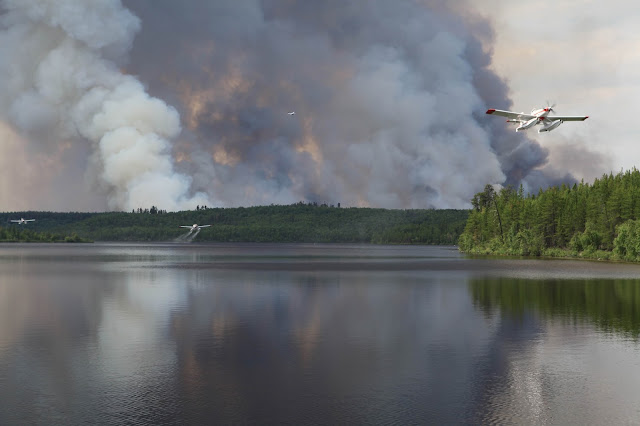 Here they are in action, 3 planes reloading, and one higher up turning back to the fire.  A 'bird-dog' plane leads the line, directing the planes where they are to go.  All of them are in touch by radio. 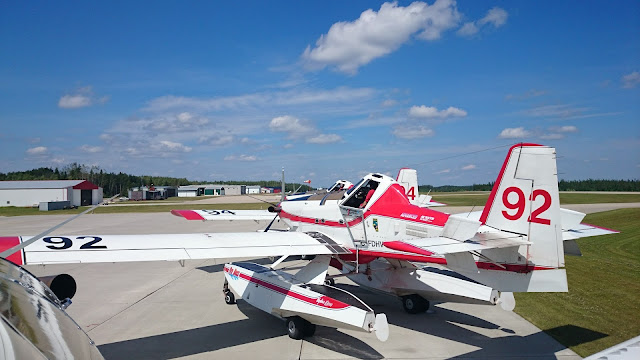 This is Will in tanker 92, getting ready to go.  This was the plane he was flying when he went down nearly 3 weeks ago, caught in a violent updraft from the flames.

I hope you've enjoyed this insight to Will's flying; it's helped me put things together and sort out the few pictures we have from his career, and reminds me once again of the great time he was having, pursuing his dream.