We've had our first serious winter storm here, with roads closed due to poor visibility and nearly a foot of blowing snow.  We're sitting under those lake effect snow streamers blowing east off Lake Huron, a bit like Buffalo at the east end of Lake Ontario - though they've been hit far worse! 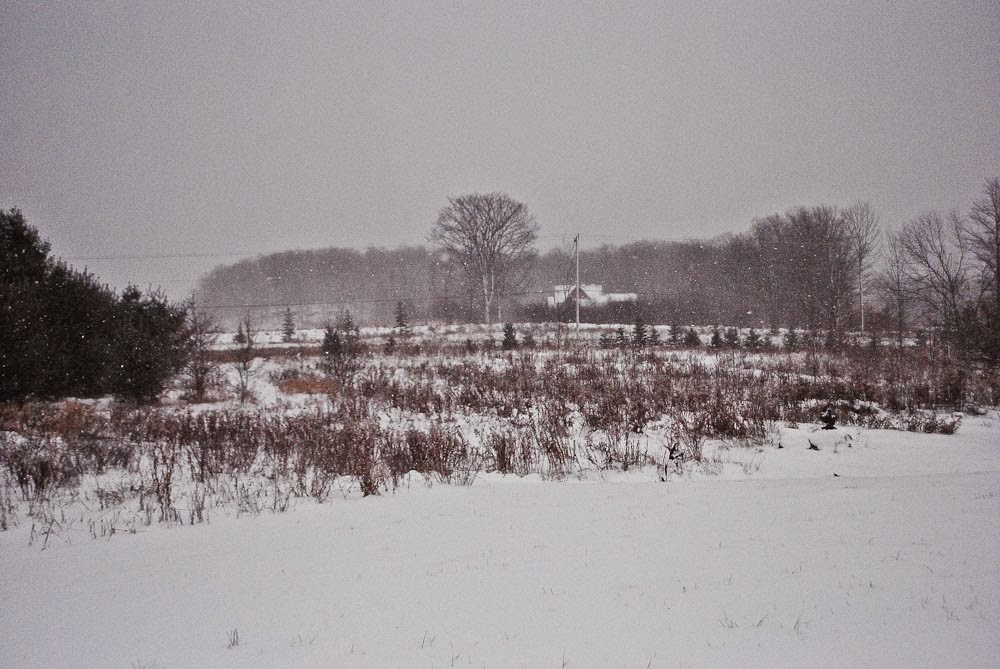 It wasn't really snowing when I took this picture out back this morning - but watch that big elm tree disappear! 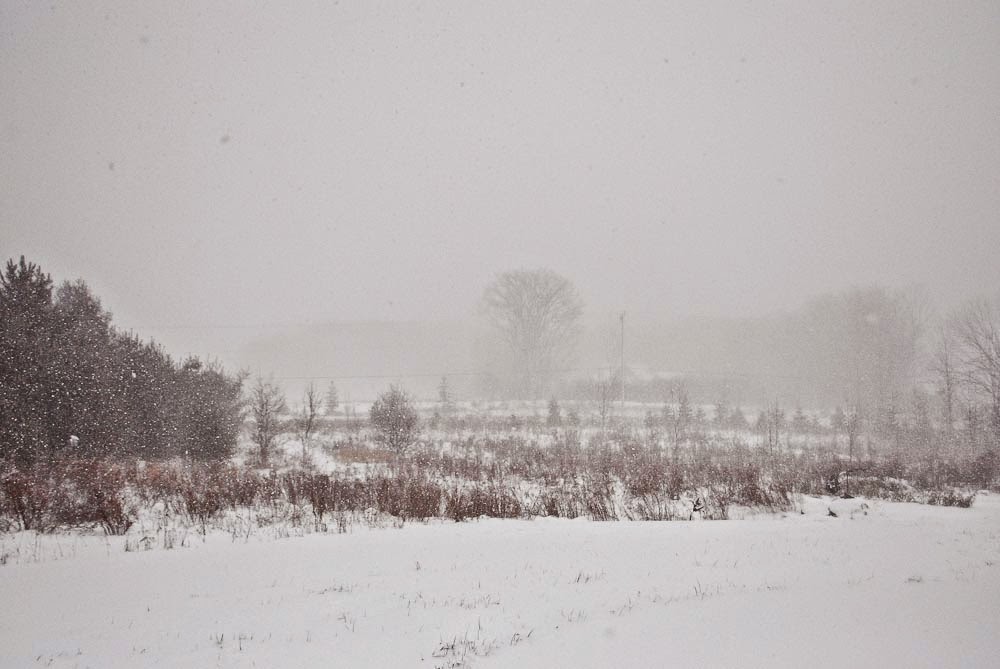 Around noon the snow started moving in, though still just a gentle snowfall of fine white flakes clouding the atmosphere. 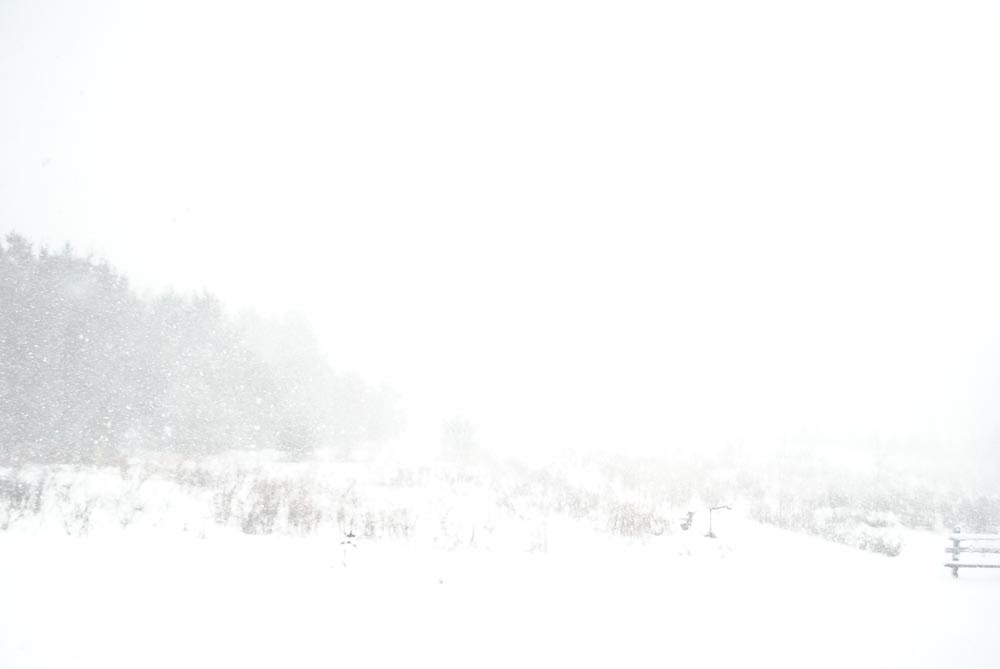 But then the snow squall descended on us, blowing the whites in this picture right out of sight, along with that big elm tree.  By the time it abated slightly 4 hours later, we had a foot of snow on the deck! 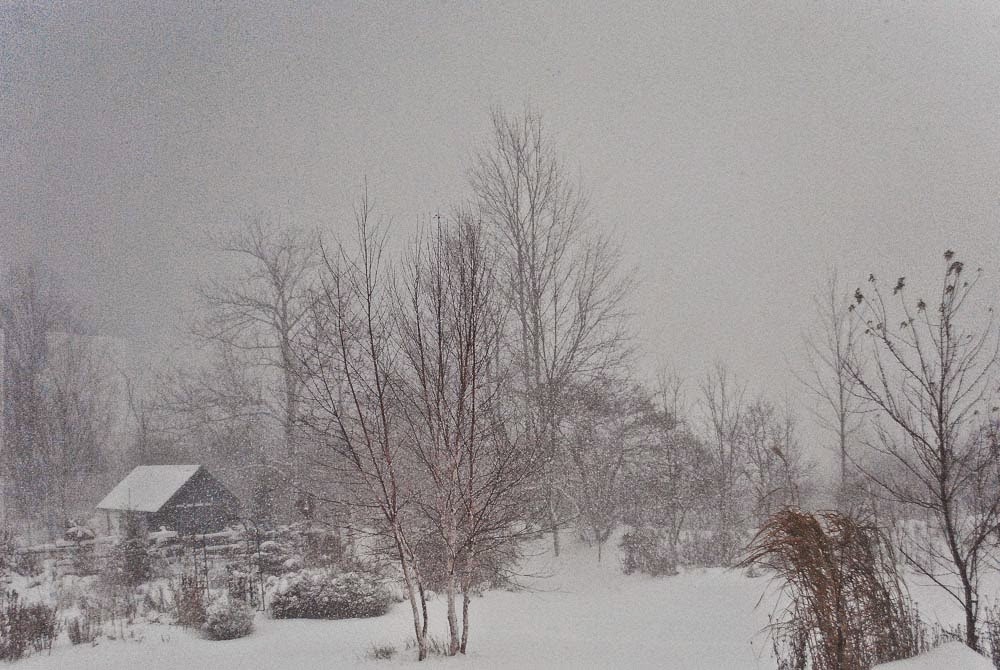 This is the same view as that sunrise I posted earlier this week, a little snowier now. 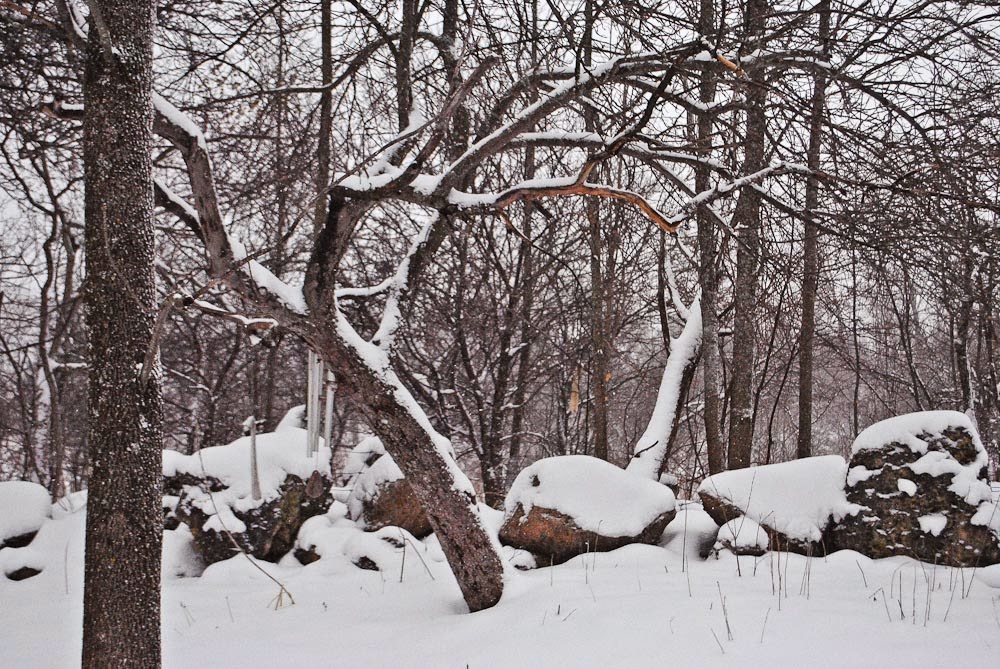 The apple tree and the old stone fencerow are beginning to look white. 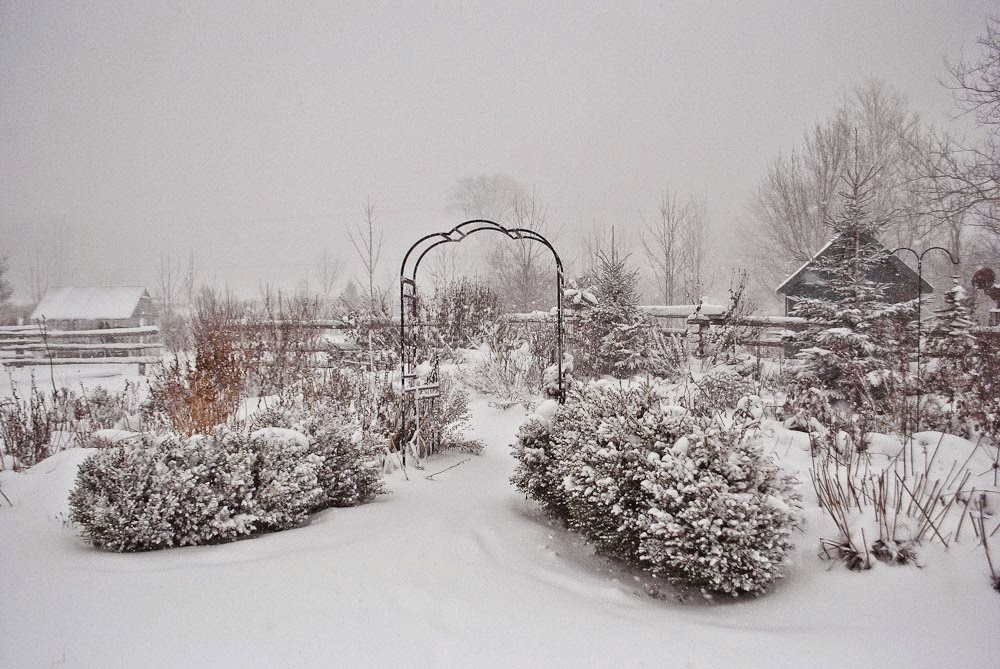 And this is our main flower garden, with all its interesting winter textures - rather interesting really.  Notice that big old elm faintly in the centre background.