Stuck Under the Snow Streamers

The snow continues to accumulate here.  We're stuck under those snow streamers bringing 'lake effect snow' straight east from Lake Huron.  It's been snowing extremely heavily at times, reducing visibility to near zero.  Another good day to just settle down inside.  Our road and drive didn't get plowed until mid-afternoon. 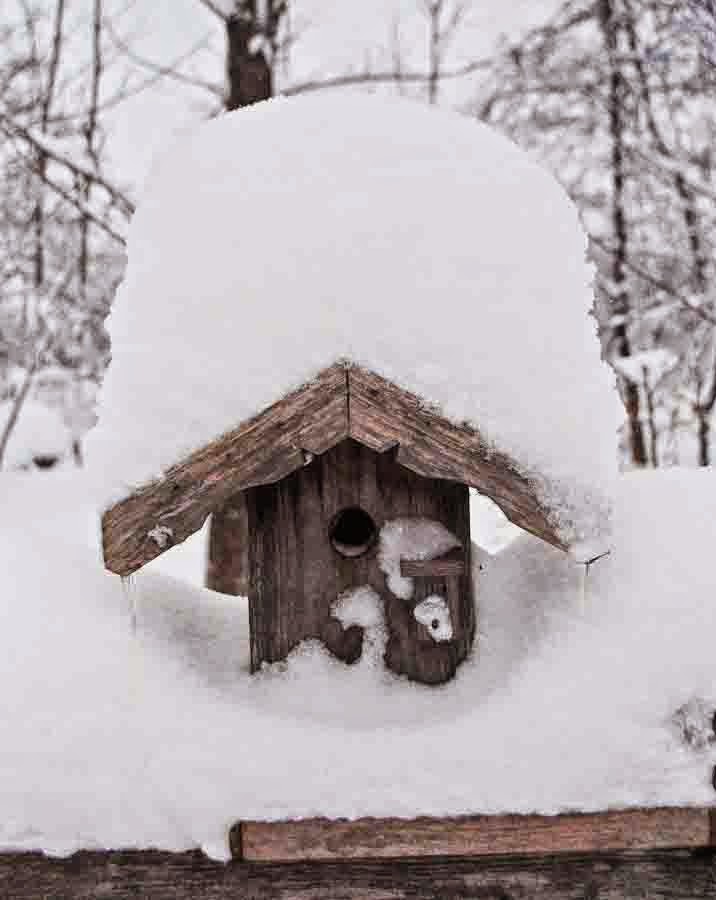 The snow is now up just above my knees on the level, and it's pretty slow going to walk a loop with the dog in the back yard - but she has to get out! 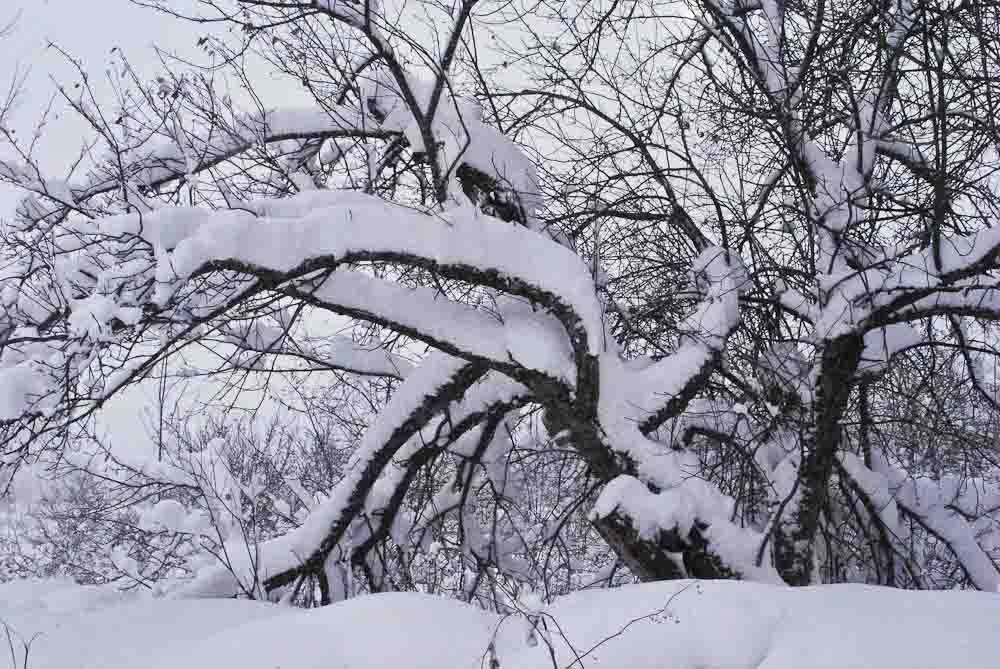 Snow has accumulated over everything.  I think this is the most snow we've seen arrive in a single 48 hour period since we moved here.  The snow storm of mid-November '14 is going to be memorable.  (Much moreso if you live in Buffalo!) 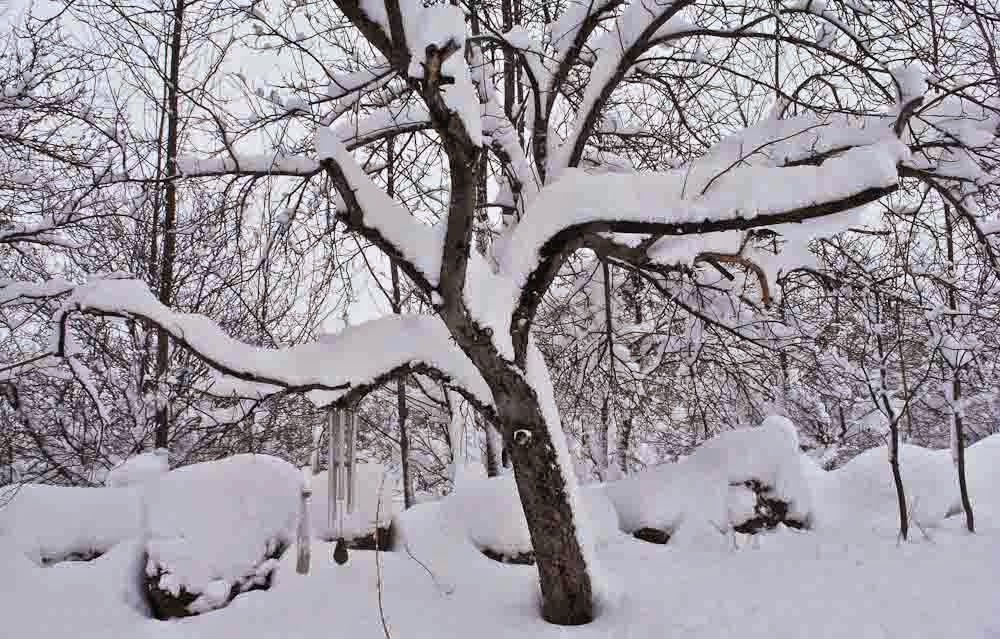 What was an interesting stone fencerow just days ago is now just big lumps of white. 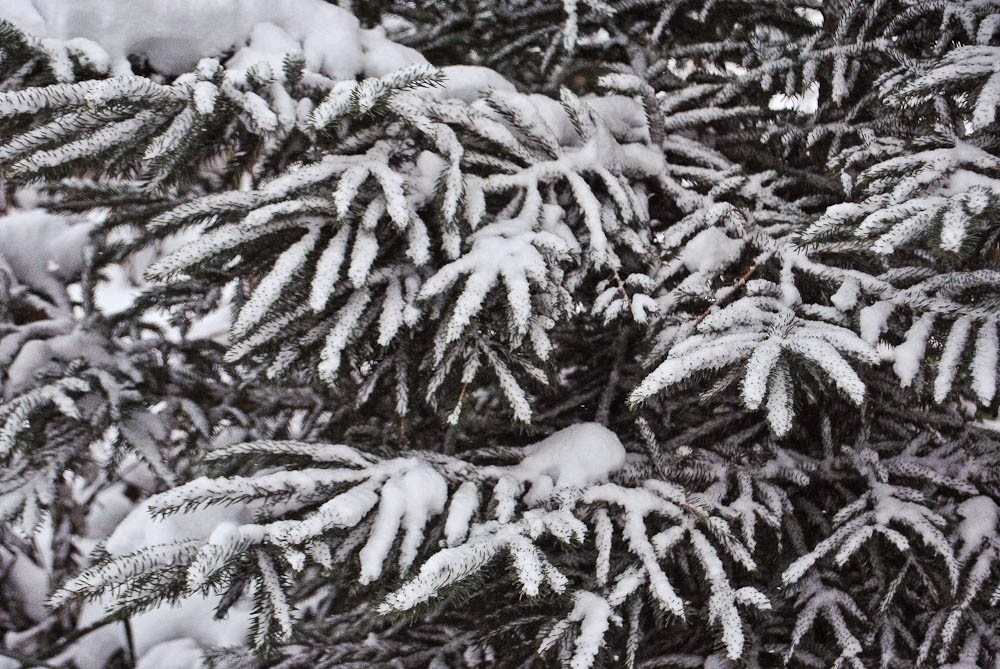 The spruce tree in the garden looked like this Tuesday... 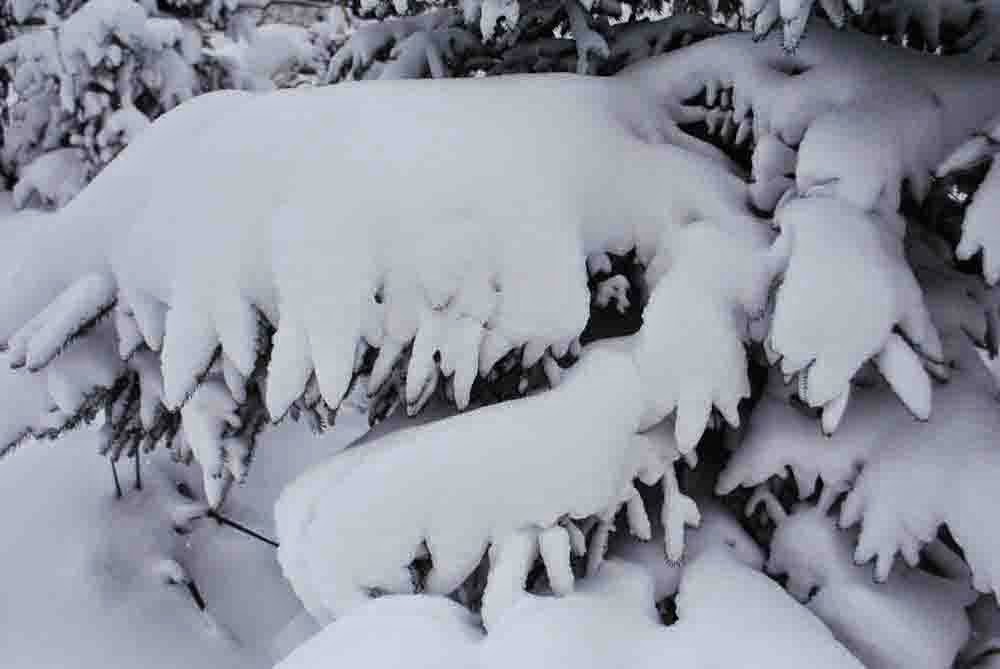 like this on Wednesday ... and today it's just a big lump of white. 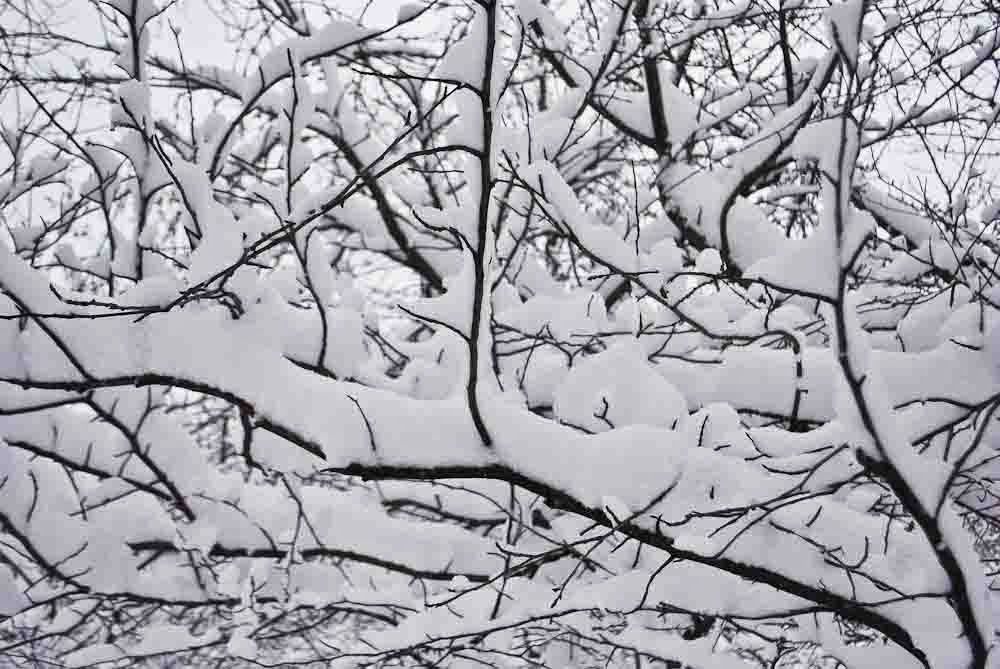 I do like how the snow accumulates on even the tiniest branches of the old hawthorn, wild apple trees and the dogwoods - an interesting black and white pattern on the mostly horizontal branches. 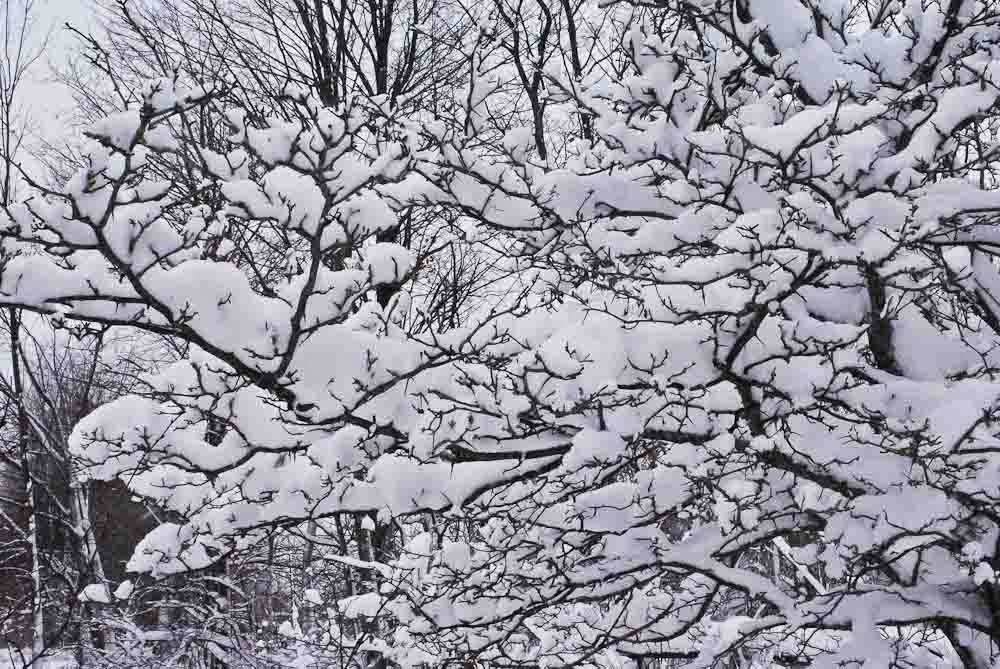 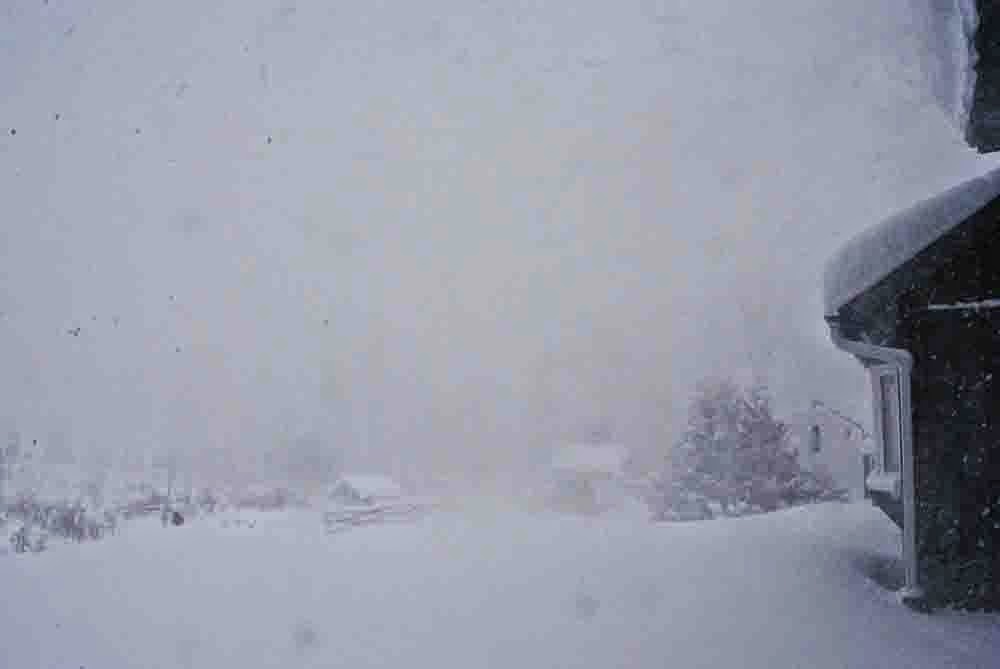 Looking out back around the corner of the house you can see the snow falling.  I edited this picture so at least a shadow of the little greenhouse and the shed would show up.  No trees in the background though!  They've vanished in the snow. 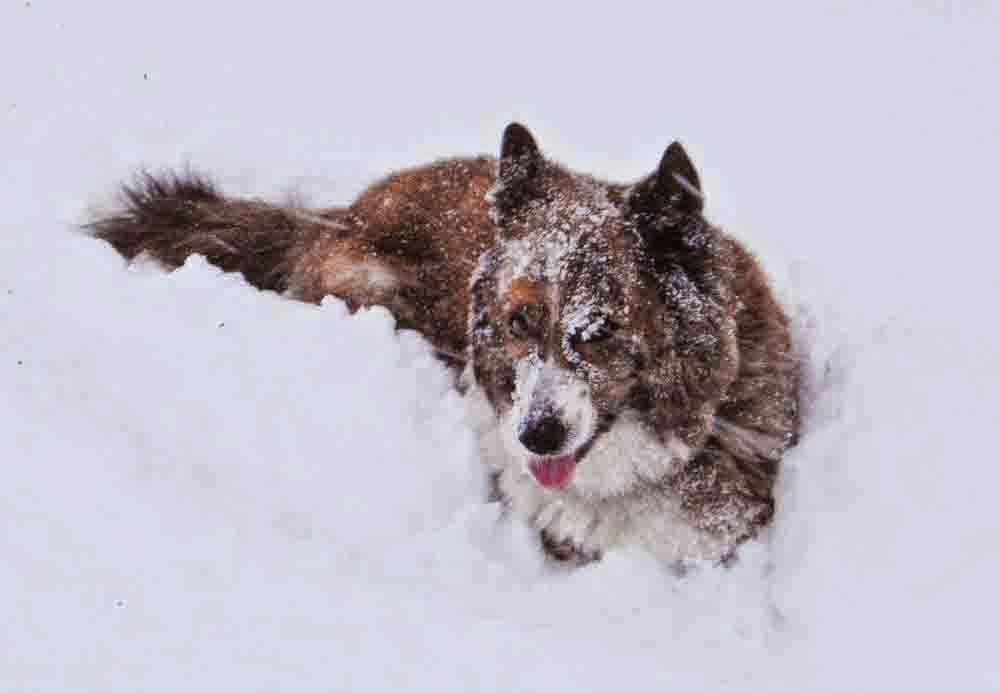 Meanwhile, Roxie loves it.  It's up well above the height of her legs now, and she has to leap through the snow to get anywhere, which she does with wild abandon, burying her whole head in the snow to chase smells all along the way.  Rozie is a Grey County mutt, about the size and style of a thin German Shepherd, but with a lot of white markings like an Australian Shepherd.  Neither of her parents looked like this!