Wodehouse - The Most Fascinating Creek Around

Wodehouse Creek is opening up as the ice melt gets underway.  This is one of the most fascinating creeks anywhere in my opinion, starting in an enormous spring, getting smaller as it flows downstream, plunging into a group of sinkholes, and emerging again as another large spring - actually a series of 5 separate springs spread over several miles.  I had beautiful sunny skies to take these pictures yesterday - and it's all within five miles of our house. 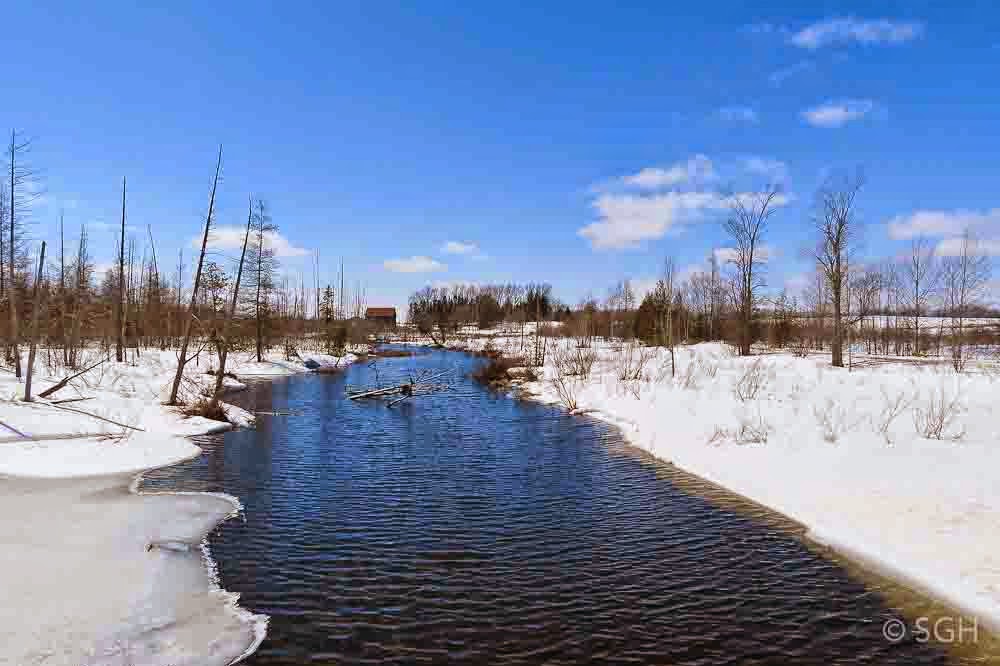 This is the creek 200 yards after it emerges from the huge spring on this farm.  It generates a stream nearly 30 feet wide and 2 feet deep immediately, so you can judge how big a spring this is - not just a trickle from under a few rocks! 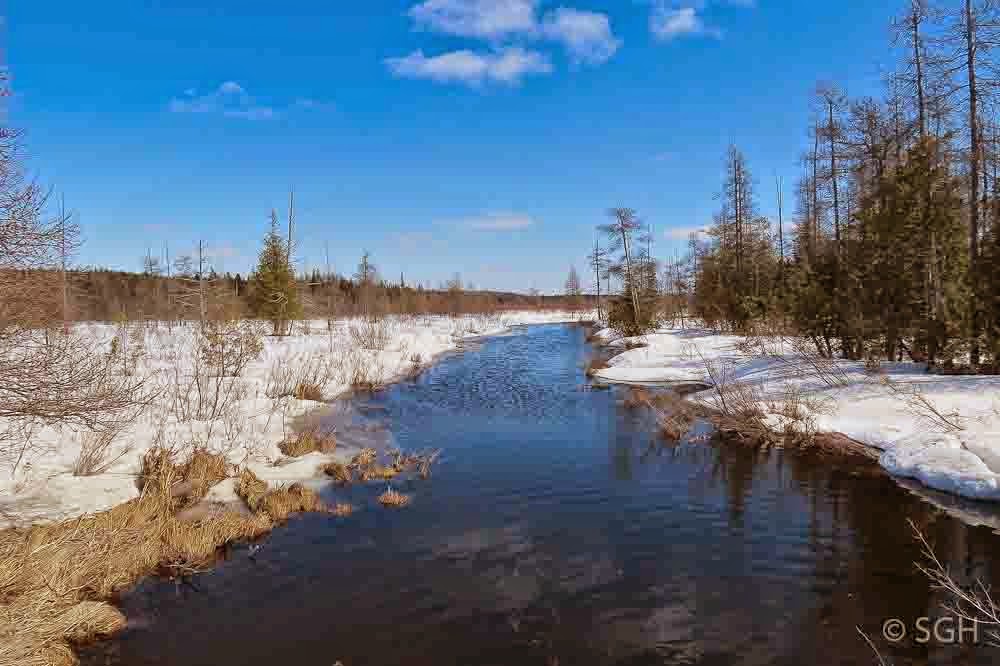 You can take pictures at 4 bridges, so you're going to see repeated updates of these over the next few weeks as I document the fluctuation of the creek.  Here it flows down into the large (and still totally frozen) Wodehouse Marsh, quite a good-sized stream at this point. 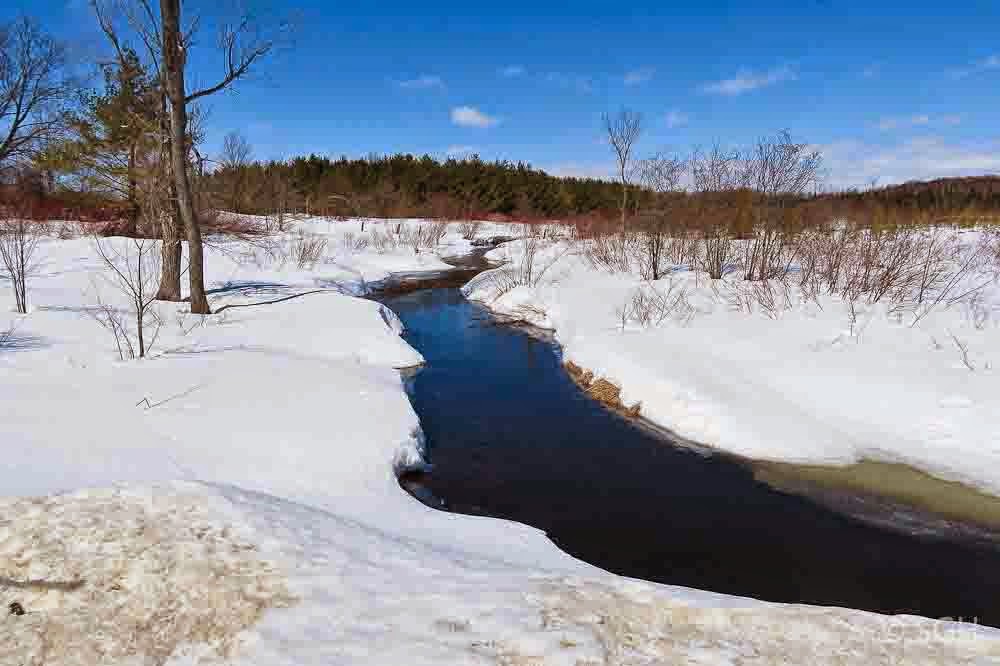 After flowing mysteriously through the large marsh under the ice, it flows over or through a beaver dam and opens up again to form this stream - in my mind perhaps a little smaller than the stream above, but still there's a substantial flow here.  The frozen beaver pond is just out of sight on the right. 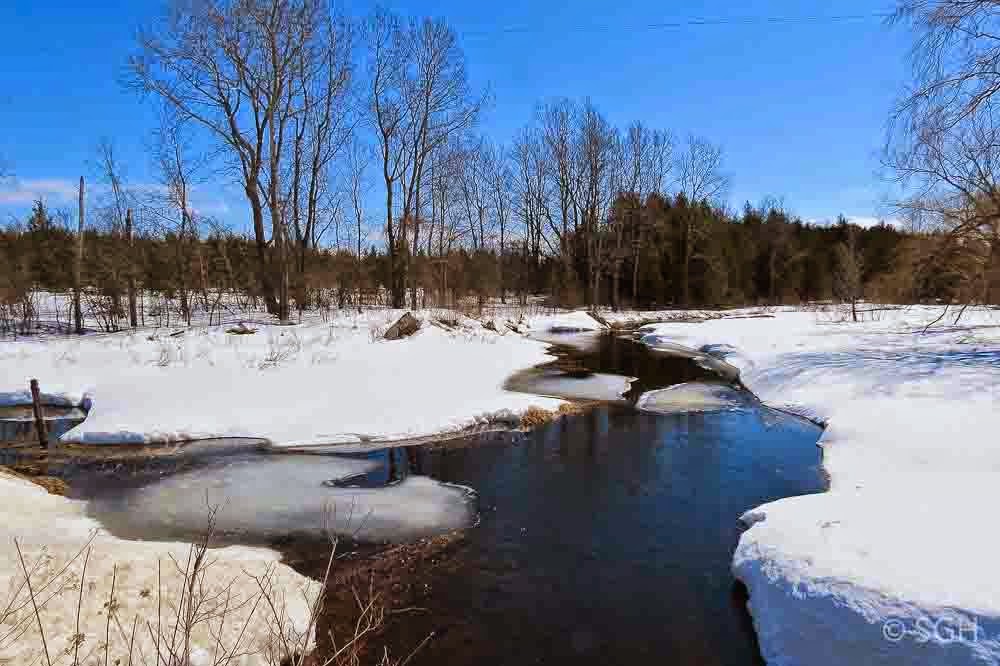 On the other side of the second bridge the creek floods again, forming a wider channel as it flows south.  This channel will be nearly the width of the picture in a week or two. 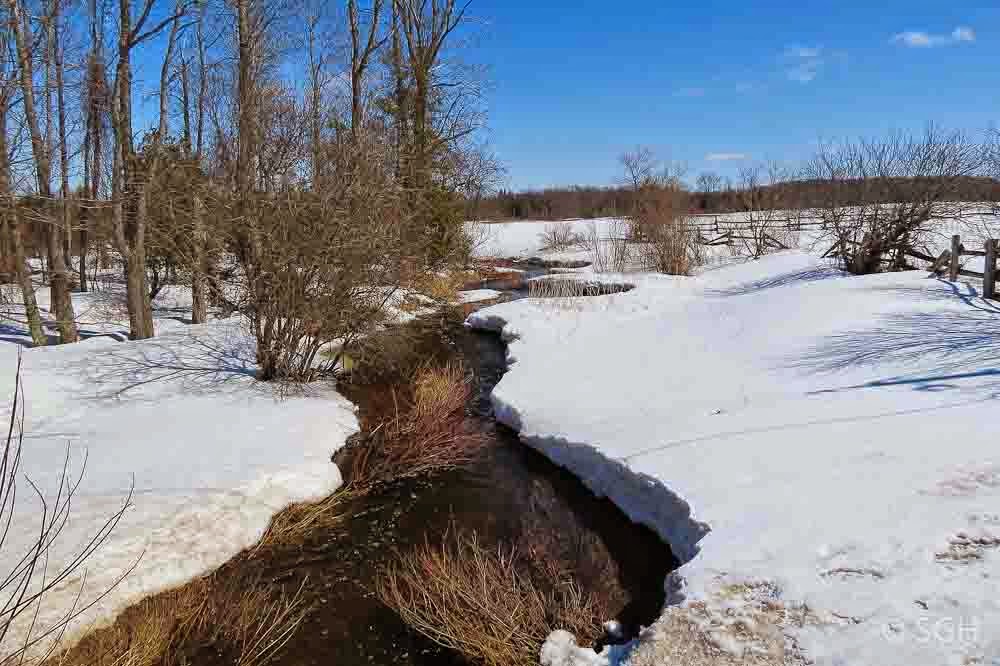 But at the next bridge, in my view, the creek is definitely smaller.  It does flood here, and is flowing faster, so it's hard to estimate the difference, but this is where I begin to think the creek is getting smaller flowing downstream. 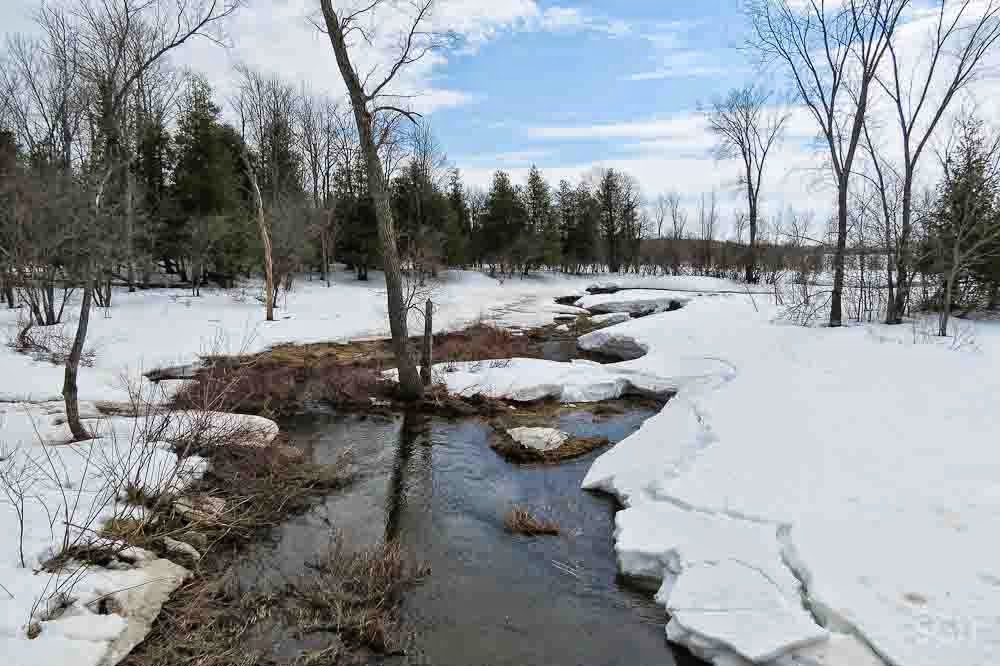 This is the view from the last bridge as it heads toward the sinkholes (all still totally frozen).  This also will flood widely within a week or two.  The fascinating part of the stream is still downstream, around the sinkholes (once they unfreeze), but it's my belief that this creek gets smaller going downstream because there are other unknown sinkholes upstream where it loses part of its flow.  And further downstream for a brief period there will be an ephemeral waterfall as all the flow can't fit down the sinkholes.

I'm hoping to document this more carefully this spring than I've had the chance to before, so watch for further dispatches from the Wodehouse Creek watershed!