Just a week ago on a beautiful sunny day I hiked up to see a small un-named waterfalls along the part of the Bruce Trail known as the 'Falling Water Trail' - so known for all it's little streams tumbling down the escarpment slope, and several falls. The snow was still 1-2 feet deep in the woods as I followed this tumbling stream uphill from the road.  The snow was soft, so I still sank in even with snowshoes.  I fell several times as my feet slipped off hidden stumps or logs under the snow. 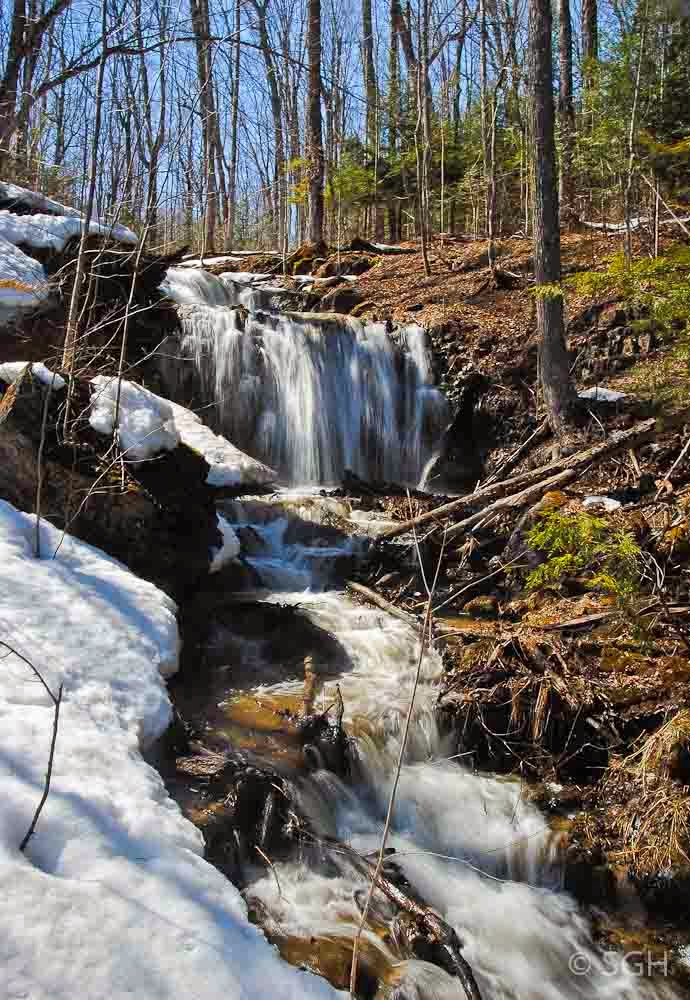 You don't have to go very far, but you have to be careful getting pictures, because the stream forms a steep-sided shallow ravine, making it tricky getting down at all to get a view of the falls - especially in winter. 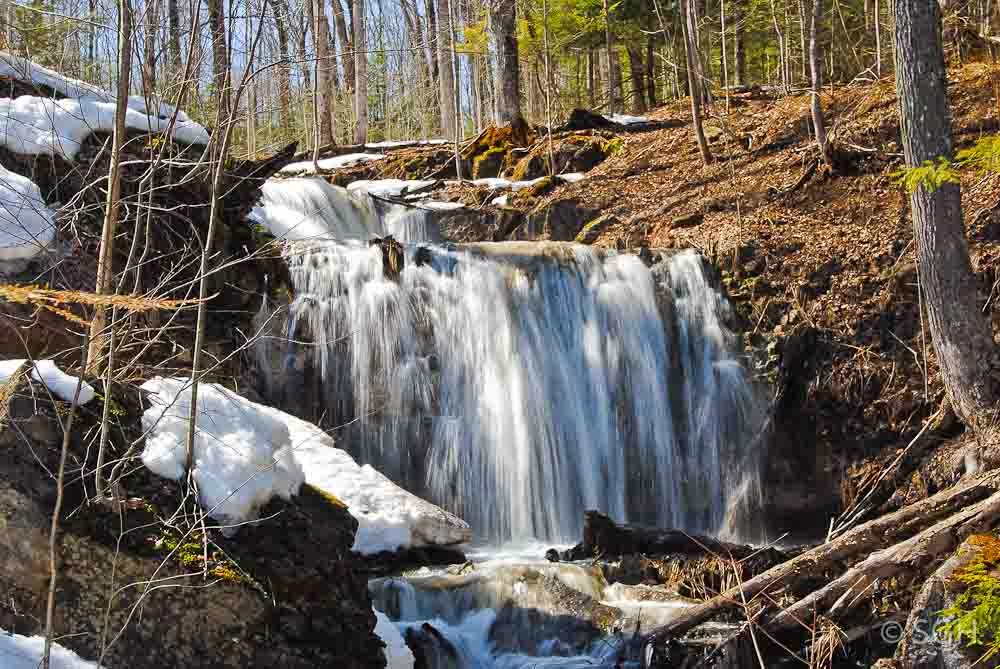 This is just a small waterfalls, but a pretty one, and in a beautiful setting.  Other than those who hike the trail, I expect no-one ever sees it. 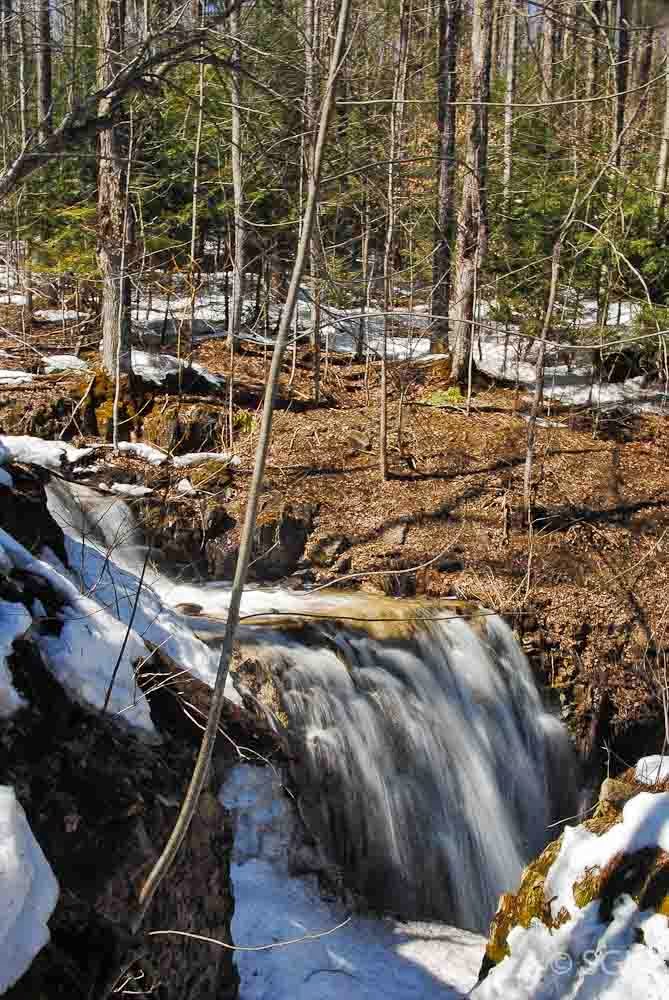 I continued up beside the falls to get this view from above, although the boulders along the stream cut off some of the picture I would have liked. 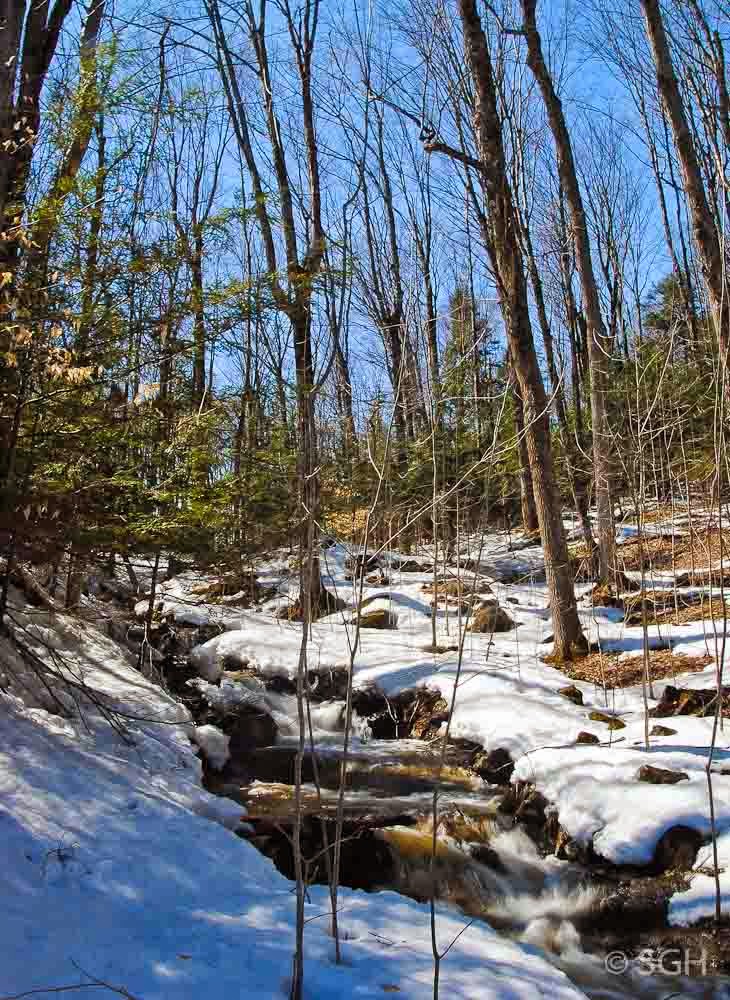 The stream continues a long distance uphill, eventually crossing the road we drive regularly.  I'm standing on the Bruce Trail here, which crosses on stepping stones just above the falls. 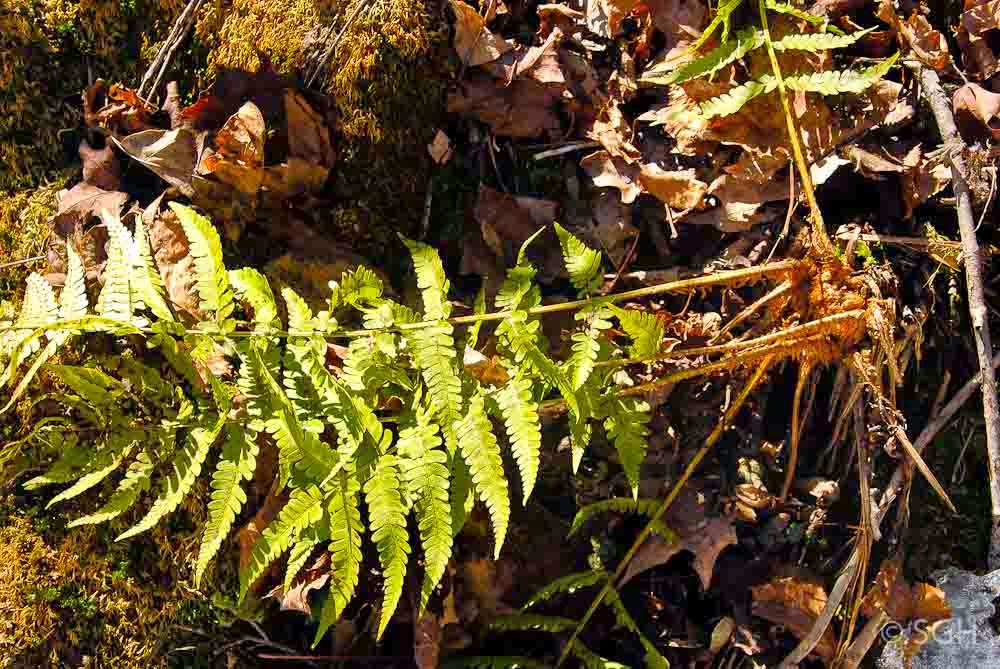 With this much snow on the ground, I didn't find any spring plants, but these last-year's fronds of the Marginal Shield Fern decorated some mossy boulders along the slope. 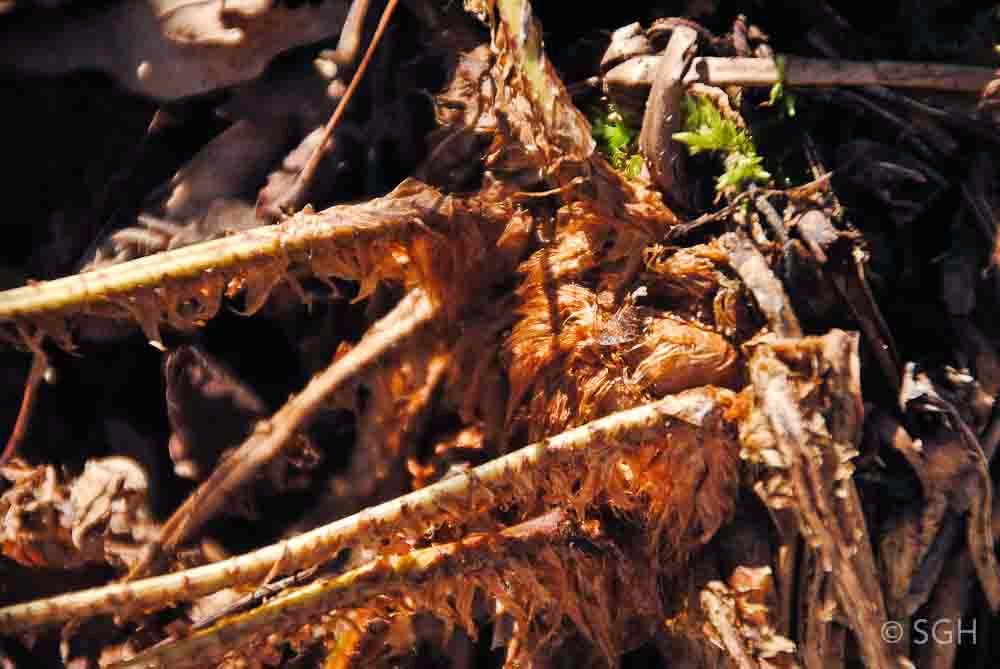 At the base of the very scaly fronds, this years fiddleheads are just waiting to unfurl, still protected under the brown scales in the centre of the rootstock.