While I was spotting my first robins, starling and redwings of the year on my walk yesterday, I also noticed how much the buds on the trees were swelling, especially the buds of the poplars.  We've got several clusters of Balsam Poplar, Trembling Aspen, and various hybrid poplars around the loop I walk with the dog every morning. They seem to be the first ready for spring. 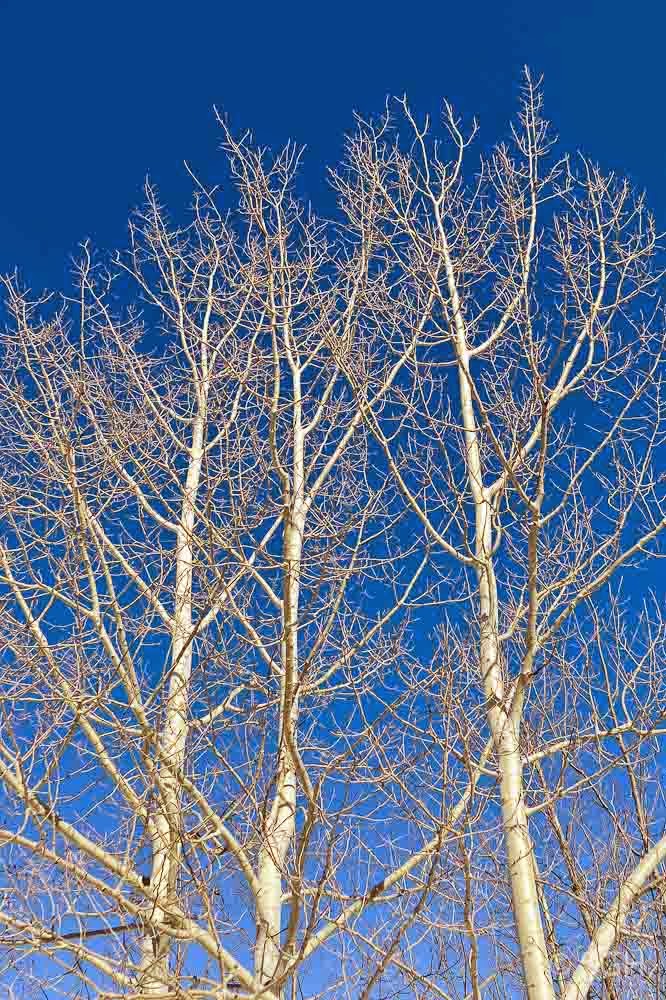 These first three were a cluster of Trembling Aspen; their buds were swollen the least, but trees were striking against the sky. 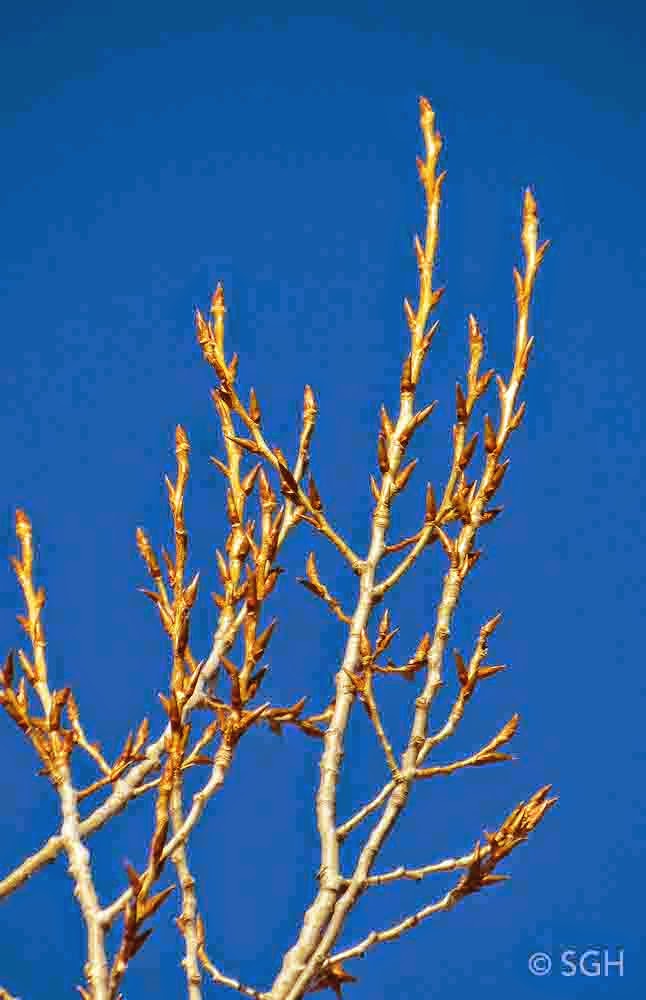 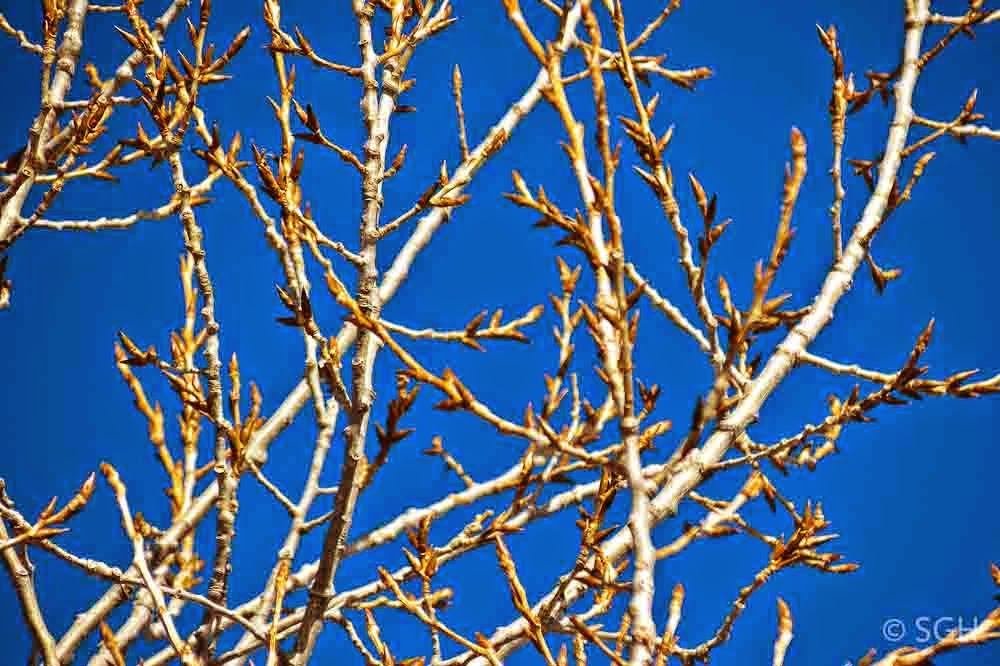 These two were Balsam Poplar; they seem to have large buds ready to burst.  They get sticky later when the leaves are ready to unfold. 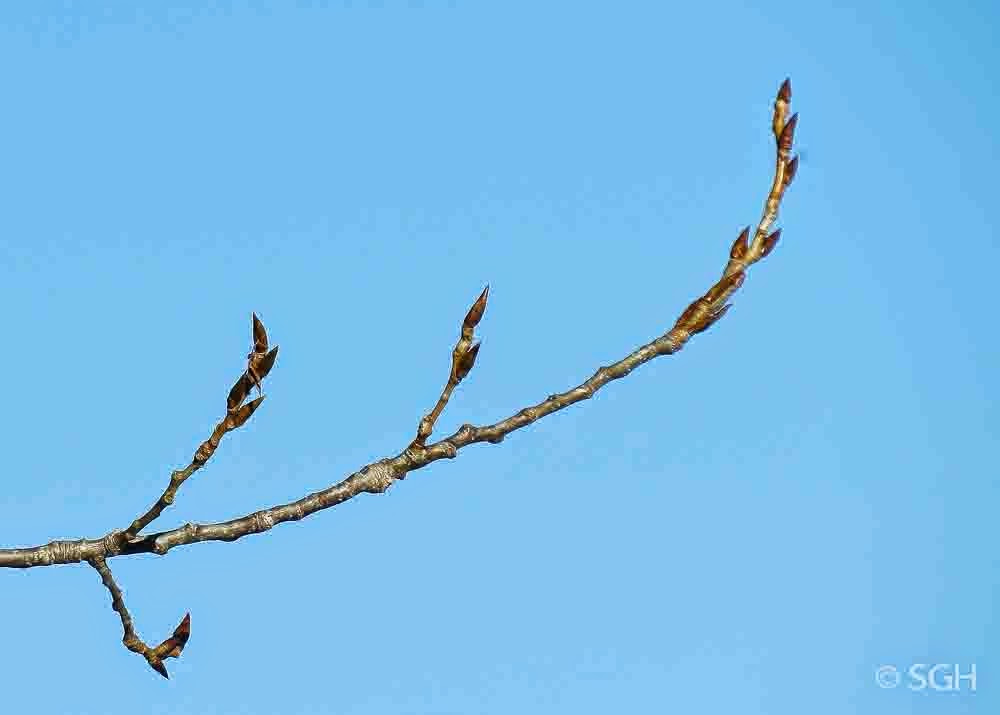 And this is a hybrid poplar on the edge of our front yard. There's one Weeping Willow I go by, which was looking bright yellow. 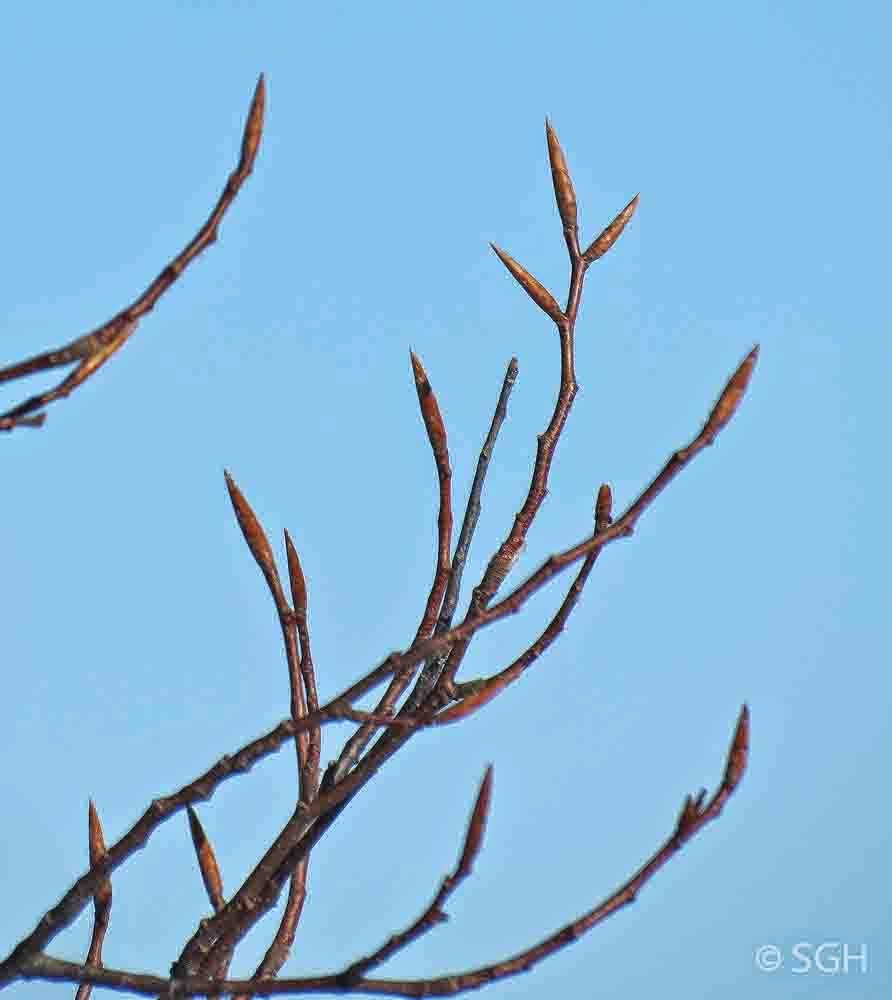 Even the buds on this beech tree are large and obvious; they won't unfurl until well into May.