We woke to snow, a fresh half-inch of the white sticky stuff.  The aconites I posted yesterday were definitely shivering!!  But the sun rose in the sky and it kept getting warmer.  The fresh snow was soon gone, and the aconites were blooming more than ever. 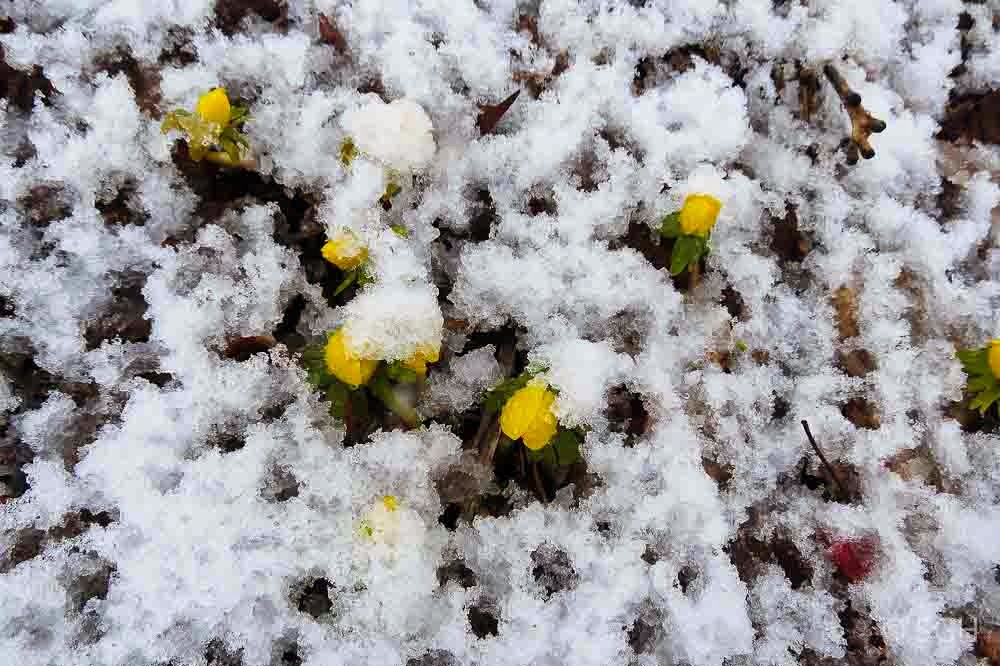 I used to feel badly for the early spring flowers or birds when we got snow or freezing temperatures, but no more.  I realize that they're adapted to the early spring weather, and even with more snow cover these flowers would have popped back up smiling. 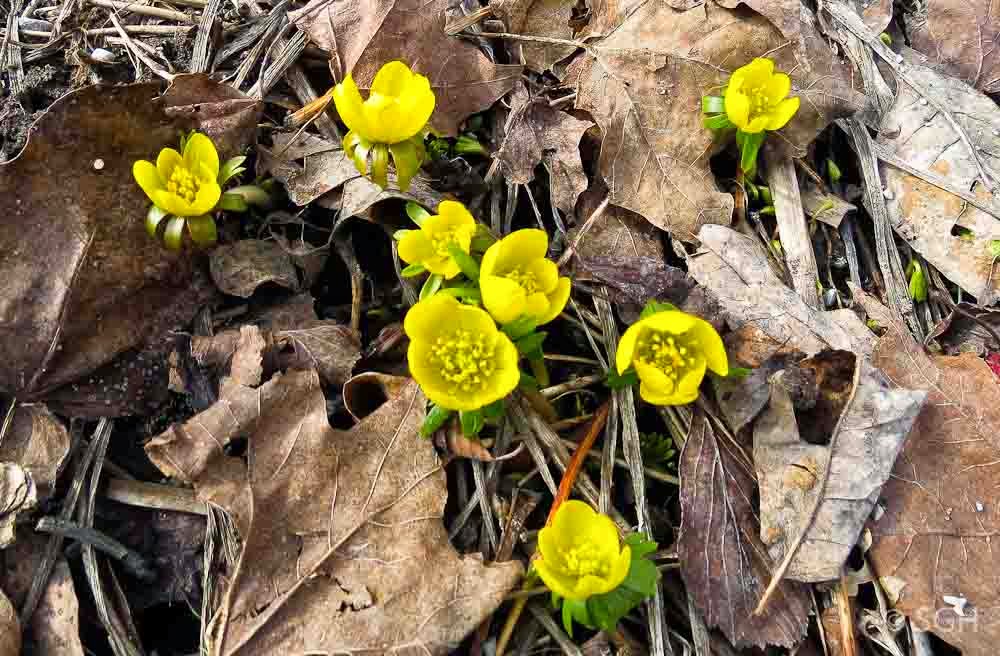 In fact we have had far more serious damage from early spring warmth than from normal April snowfalls and cold temperatures.  We'll likely get more snow, though it won't last long, and freezing temperatures, but both the normal spring flowers and birds will survive. 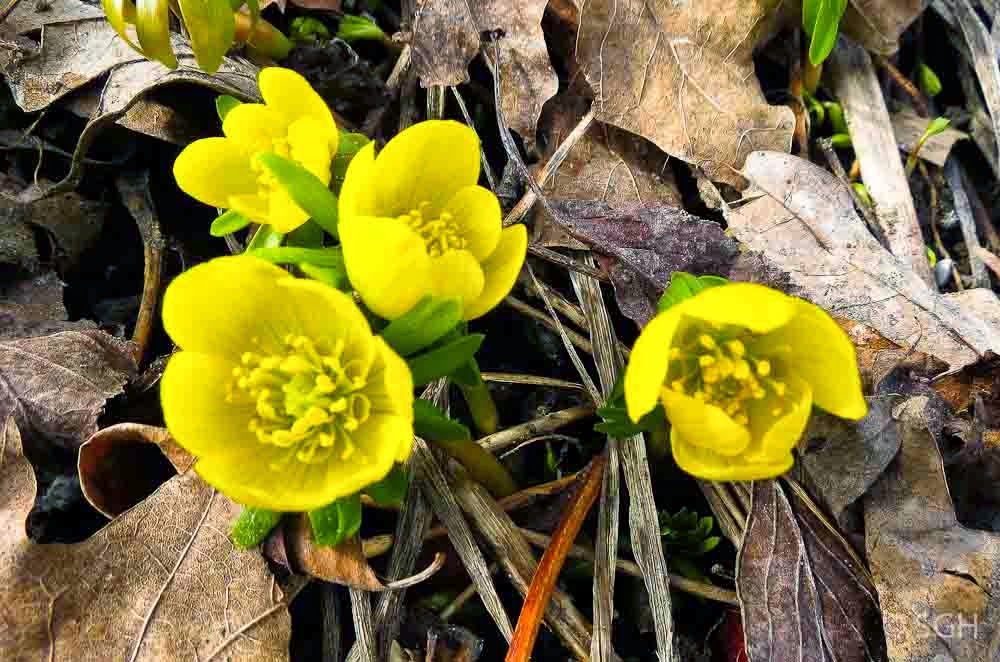 On the other hand two years ago we had a 2 week burst of abnormal warm weather - up to 21°C, in late March.  The apple trees all bloomed too early, and when the normal freezing cold and snow came later in April, the entire apple crop was decimated.  Nature has her patterns, and I'd prefer the normal cool temperatures of early spring, even if we do have extra snow this year. 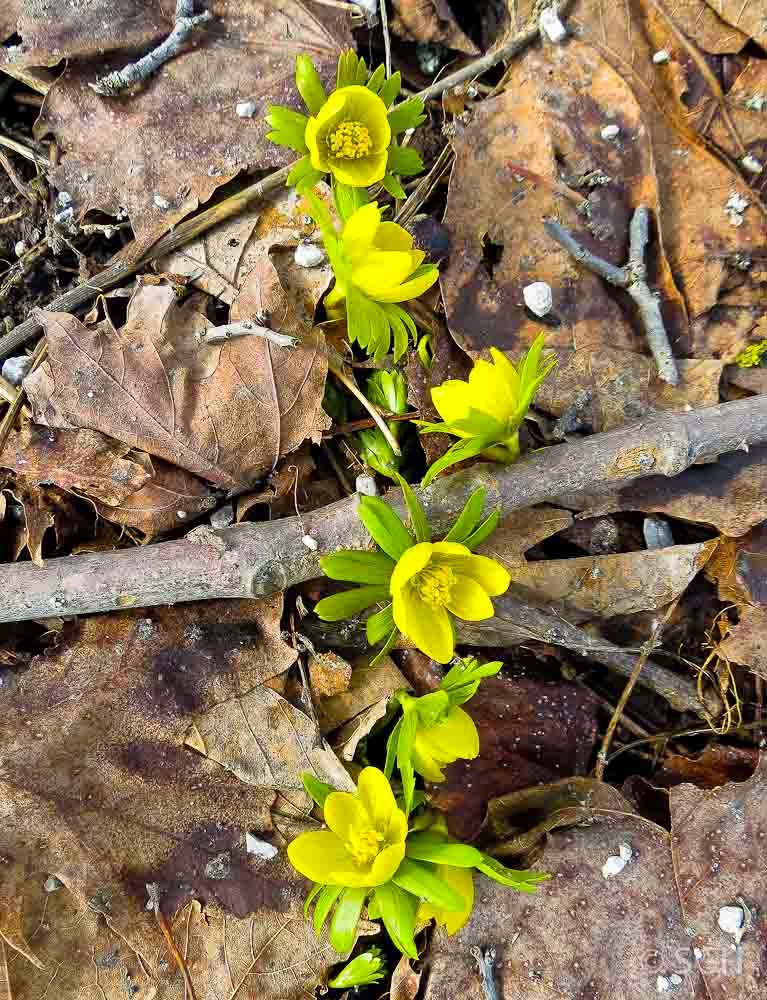 What I can't stand is the urban-dominated radio commentators who rejoice over warmth and sun, and feel hard done by when the weather brings rain or cold.  Out in the country we know we need it all.

I'm excited about something else I saw today that I'll probably only see once-in-a-lifetime, but it will take a bit to sort out the pictures, so you're going to have to wait a day or two to hear the story - stay tuned!