I drove down a sideroad to take pictures of Wodehouse Creek (last post), and while standing there heard the haunting bugling call of the Sandhill Cranes from deep in the marsh.  The creek flows through a large area of marsh just downstream from the spring it flows from, and I've seen Sandhill Cranes here in previous years - but I didn't know they would return so early, with a foot or more of snow still on the ground. 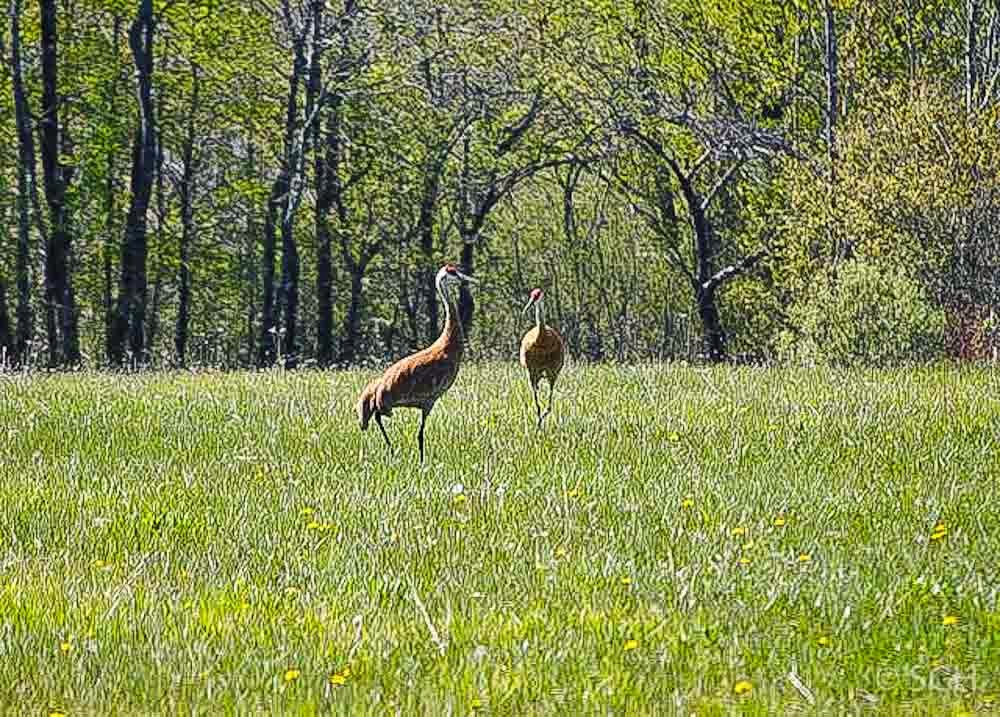 This picture is (obviously, we still have a foot of snow!) from last year.  Sandhill Cranes are such an interesting bird, and relatively new to this region, only being seen for the last few years.  They are expanding their range eastwards.  Now I have a new place to go and try to photograph them. 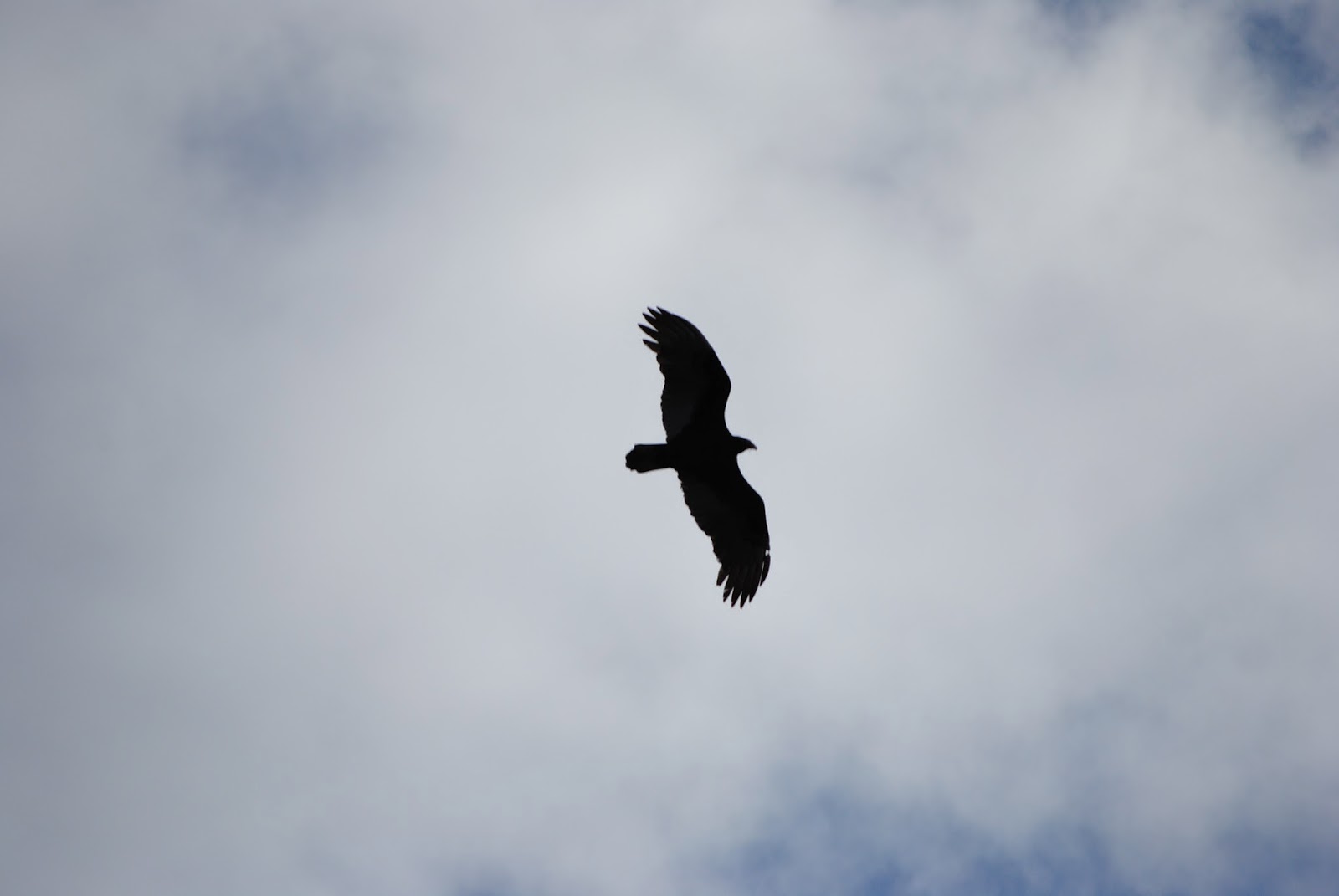 Turkey Vultures have been returning fast too; we've seen numerous vultures soaring the skies, and a few picking at the roadkill that seems to be their favourite food.  We will almost always be able to see at least one soaring in the sky from our yard for the next 6 months. 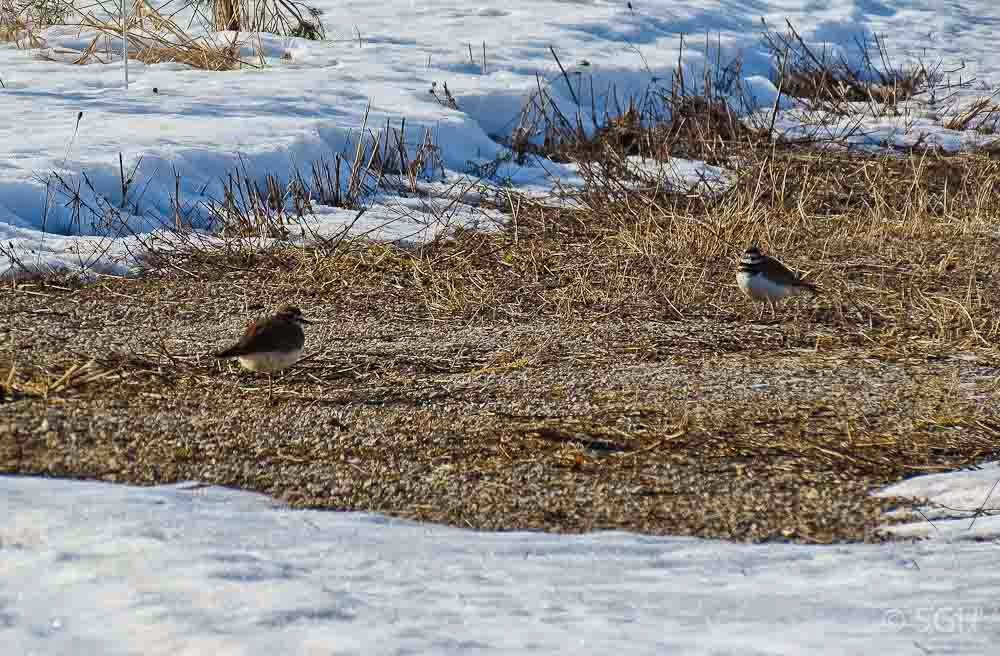 I also encountered a pair of killdeer the other day, picking their way across a gravel driveway that doesn't get much summer traffic.  I'm sure I saw a pair near there last year, so if I watch more closely, maybe I'll have a chance to get pictures. 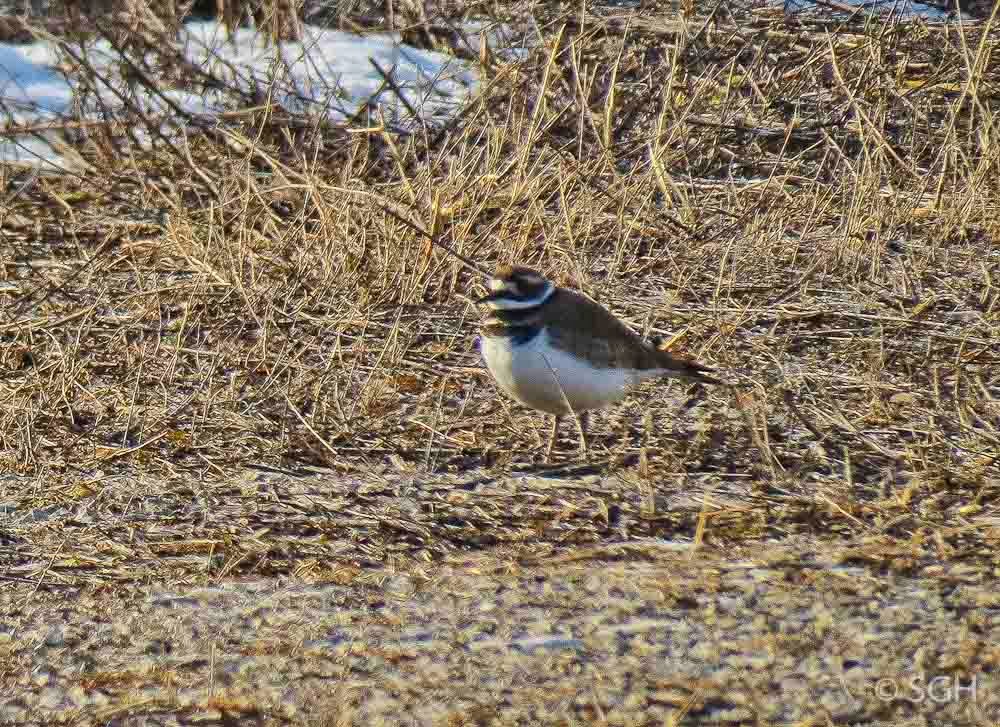 There are other returning birds around too, like the cowbirds and grackles, but more noticeably, the birds that have stayed here all winter, like woodpeckers, have changed their behaviour.  I now hear them drumming out their calls on their favourite trees, their version of a mating call. 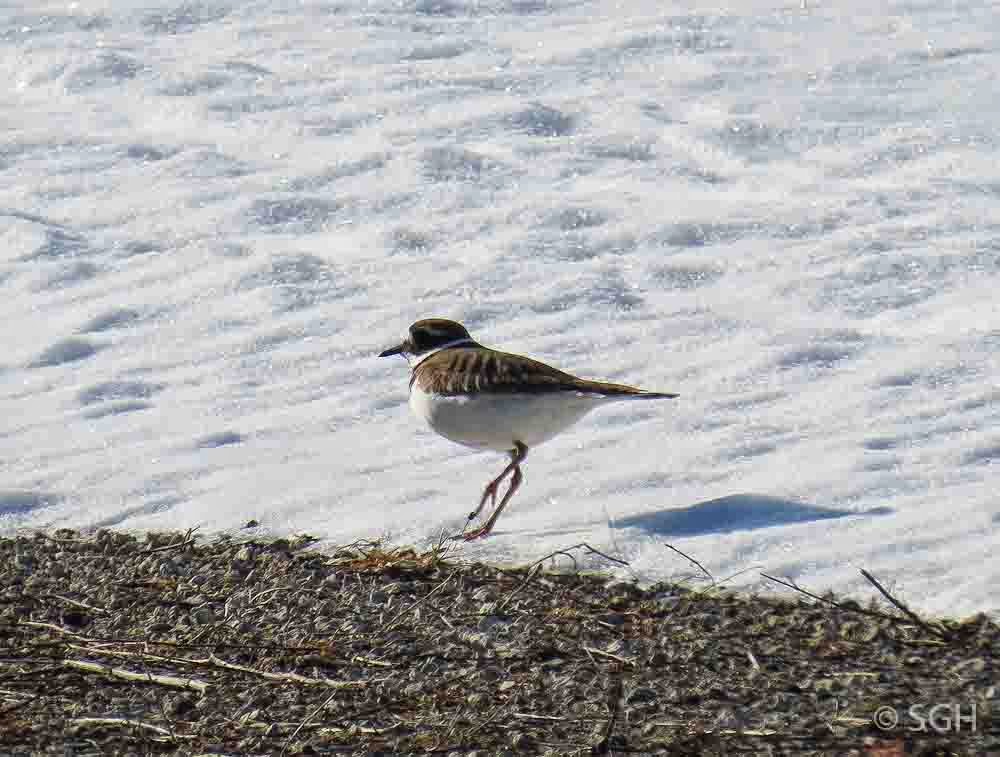 The chickadees are leaving their small flocks that came to the feeder, and dispersing in pairs to find nesting sites.  They're not nearly as obvious during the summer as during the winter.  And a pair of mourning doves has started building a nest on a ledge under the eave.

The first wave of spring migrants has rejoined us; spring is actually going to arrive after all!  I was starting to wonder!