The overflow of water from the sinkhole filling up the dry stream bed I posted yesterday seemed to get stalled under the bridge, and I could hear it gurgling away as if it was going down another sinkhole.  So I left and returned in about half an hour - by that point the flow had broken through and was starting to fill up the stream bed downstream of the bridge. 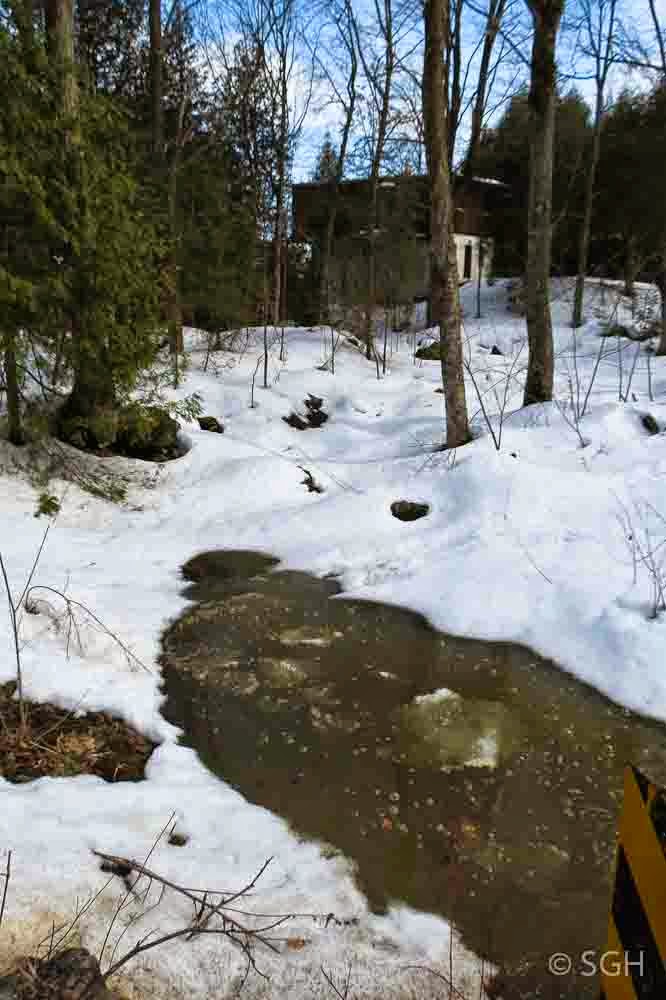 It proceeded downstream here more slowly, but these four pictures were all taken in about 20 minutes.  I did meet a nearby chalet owner who said sometimes the stream only does flow as far as the bridge, and disappears underneath.  They assume there's another sinkhole under there. 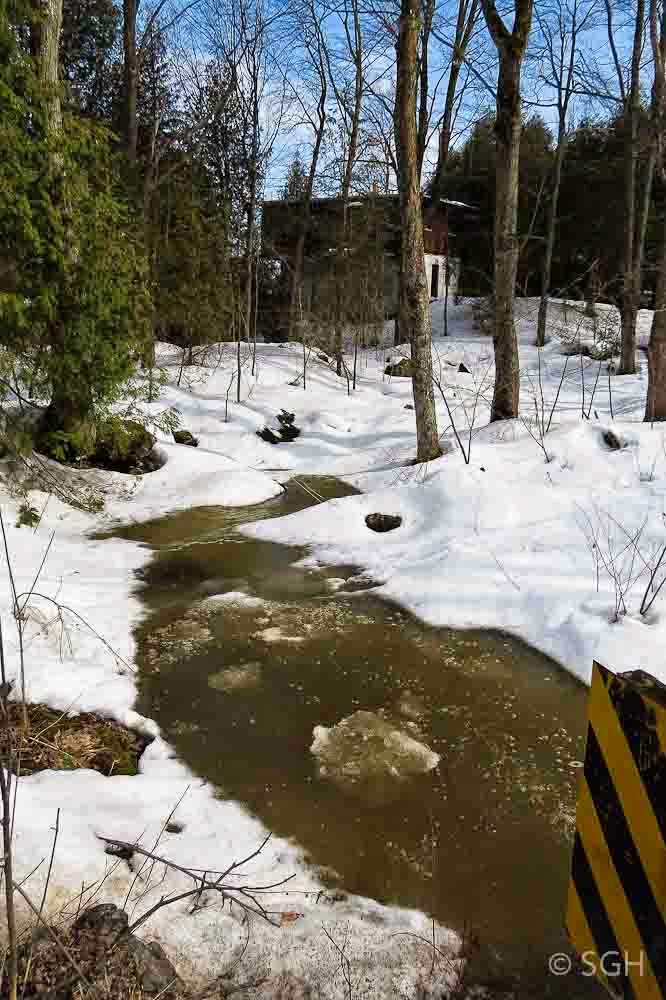 If that sinkhole was capturing part of the flow, that would account for this part filling up more slowly. 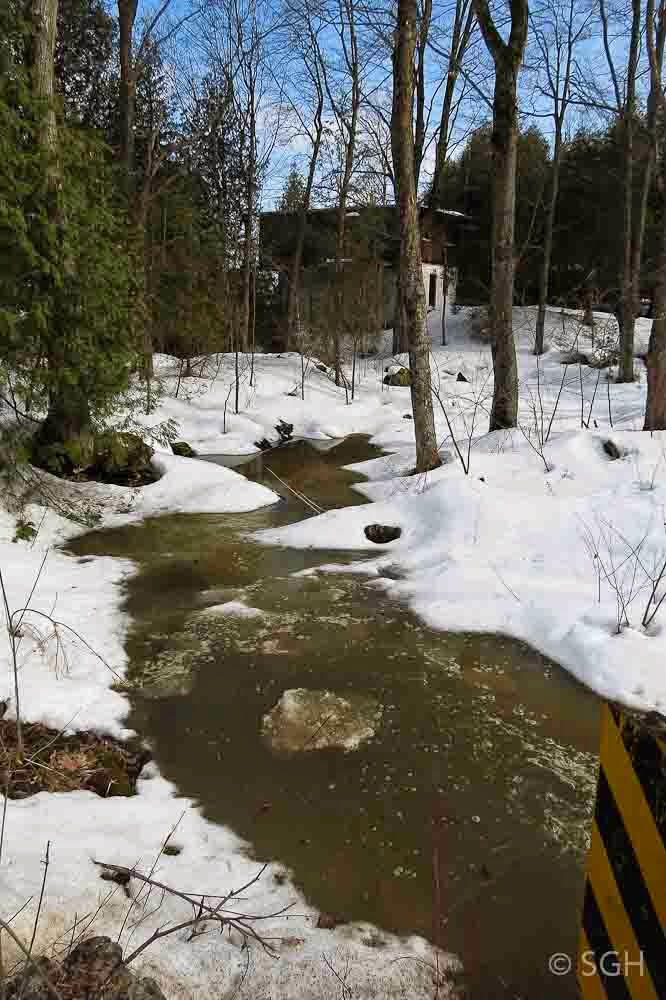 It's not far from the cliff here.  The chalet in the background sits quite close to the edge of the cliff, with a view over Bowles Gully as it's known, where the ephemeral waterfall is located (along with Avalanche ski run, reputedly the steepest in Ontario). 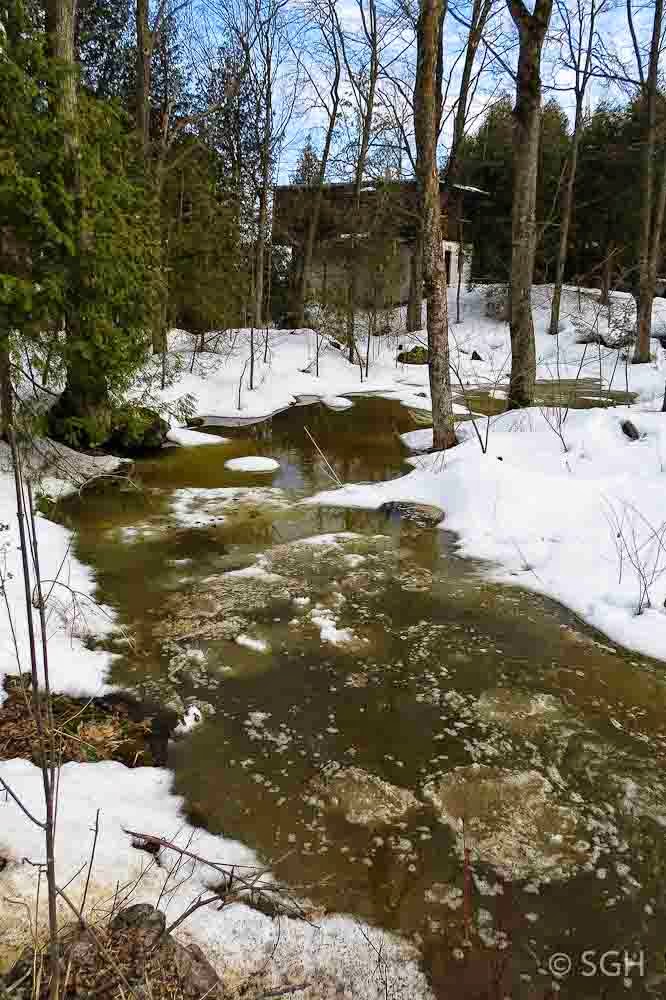 The creek bends to the right in the distance, and then it will bend abruptly left to flow over to the cliff, behind those cedar trees in the back left of the picture.  Soon that waterfall will be flowing - even though it's very difficult to ever get a view of it. 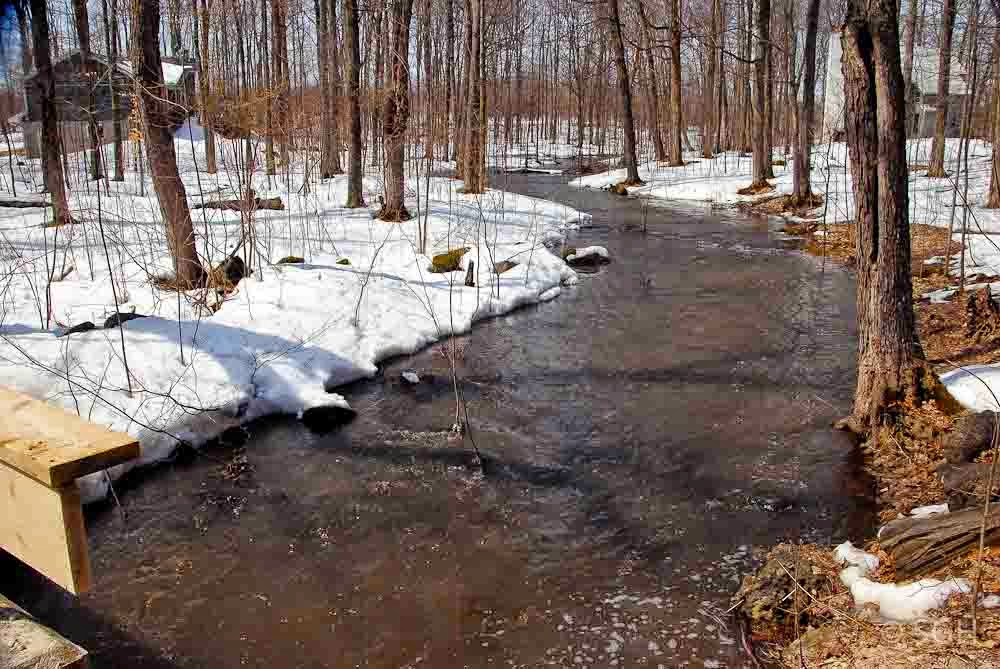 A day later the stream was a torrent of water, charging down the formerly dry stream bed toward the falls.  This is another look upstream 48 hours after the flow started. 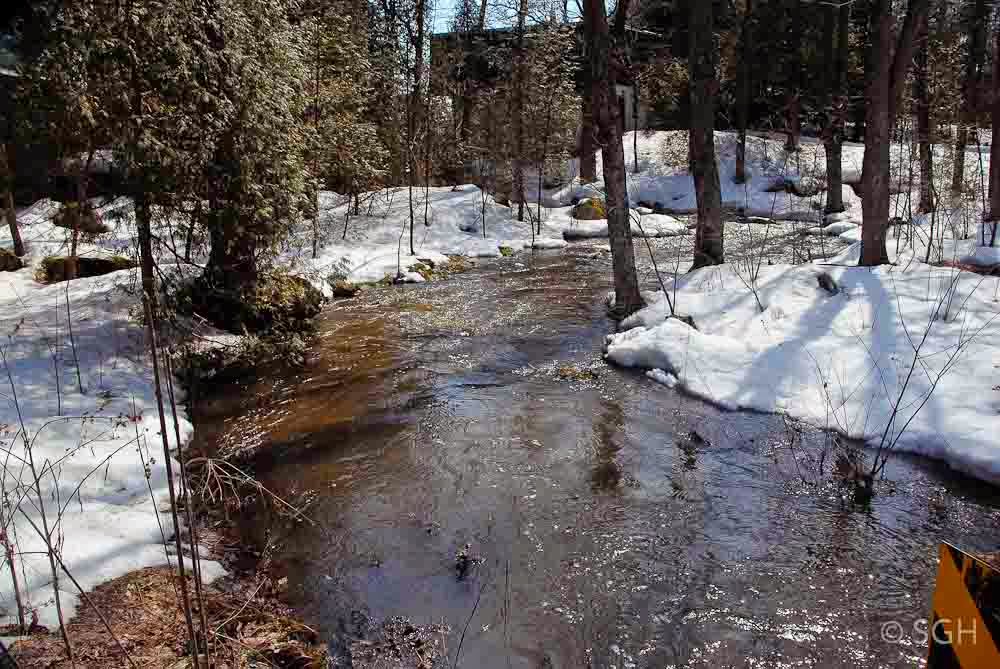 And this is the flow downstream a day later too.  I'm sure the waterfall is thundering over the edge now.  I'll try to get down there for pictures over the weekend.  It's a challenging hike/climb/walk to say the least, so I'll keep my fingers crossed that I can get there.
Posted by The Furry Gnome at 8:39 PM