I was actually there the other day when suddenly the Lower Wodehouse Creek sinkhole overflowed, and slowly filled the empty stream channel right in front of my eyes!  It may not mean much to you, but I can't believe that I was there for the right 10 minutes when this happened, as it does usually once a year.  This was the 'once-in-a-lifetime' sight I mentioned on Tuesday. 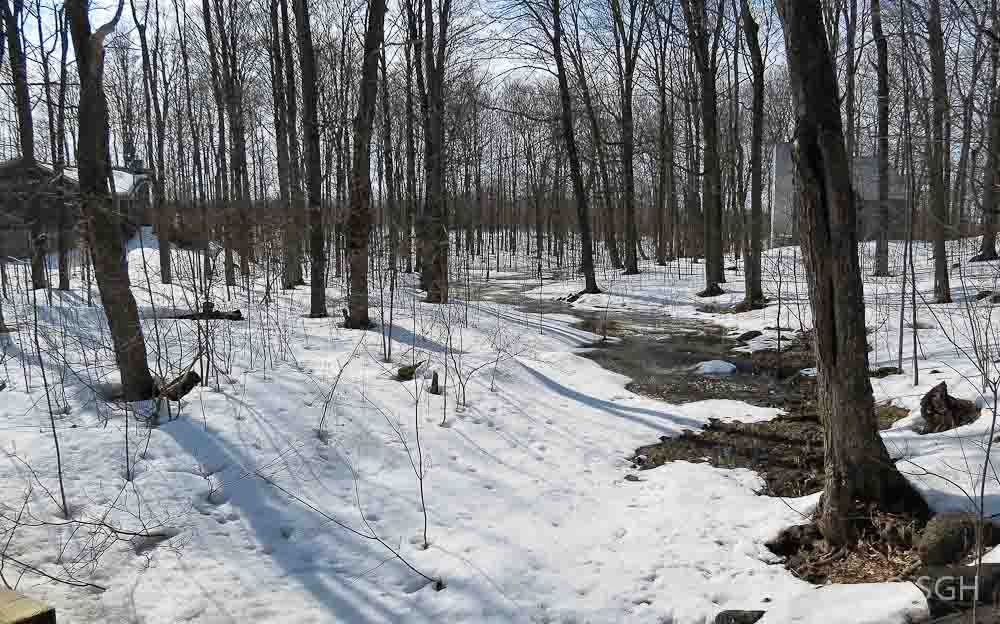 Take a close look at this series of pictures, all of which were taken in a 10 minute period.  I thought the sinkhole itself  was looking full.  I anticipated that within a day or two it would be overflowing, so I stopped by the bridge as I left to take a picture of the still mostly empty stream channel.  This was going to be my 'before' picture. 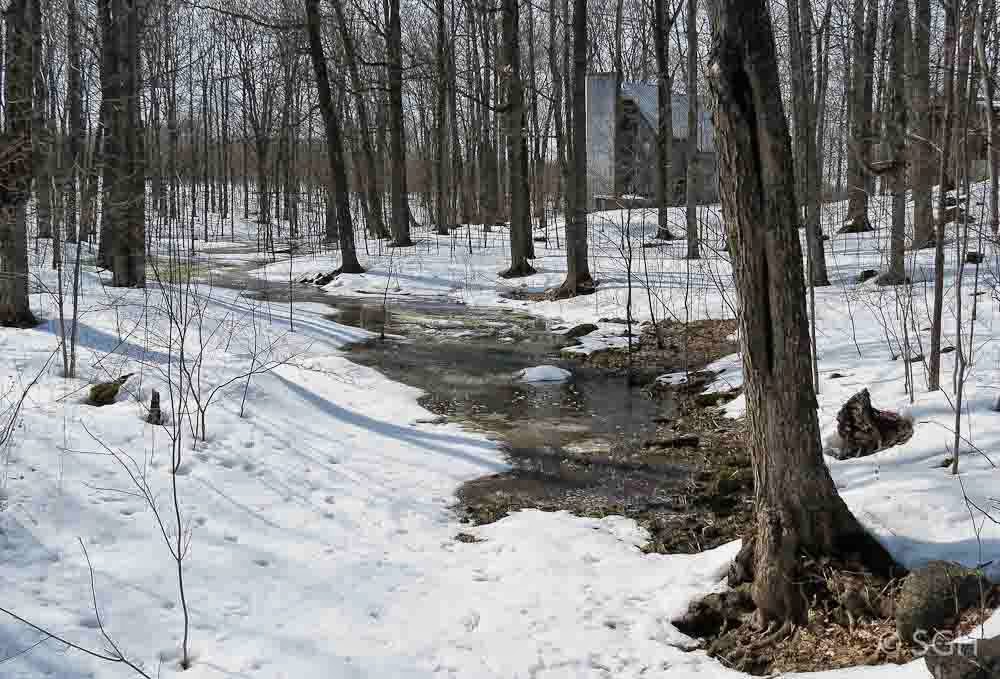 But as I stood there it looked like the stream was flowing down the channel toward me!  I started taking pictures to be able to compare it. 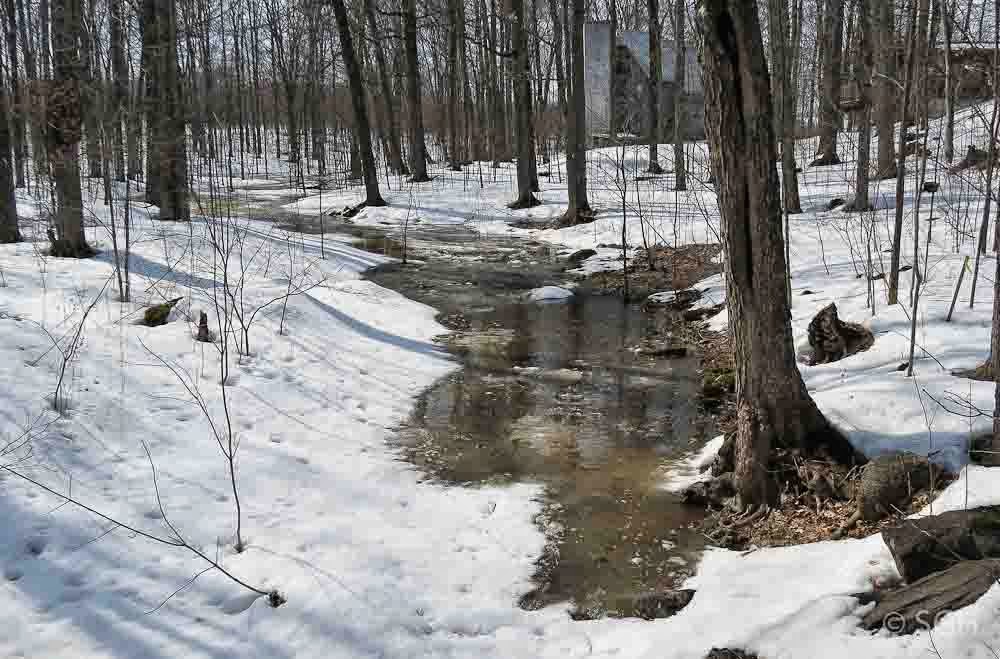 With the tree at the side of the channel as a marker, I quickly realized that yes, the stream was steadily filling in the channel - the sinkhole must have just started overflowing. 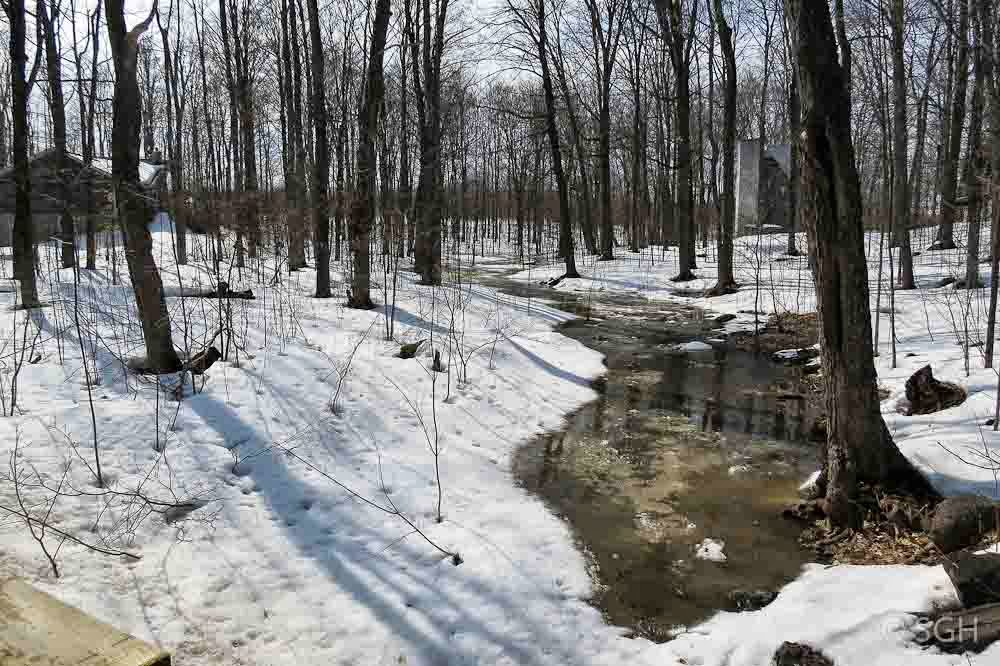 I stood at the end of the little bridge for 10 minutes, and took a sequence of pictures.  You can see the corner of the bridge in the lower left. The water crept onward, right toward my feet.  This is the stream that creates an ephemeral waterfall that only lasts for 2-3 weeks every spring, so watching this happen was watching the creation of a temporary waterfall. 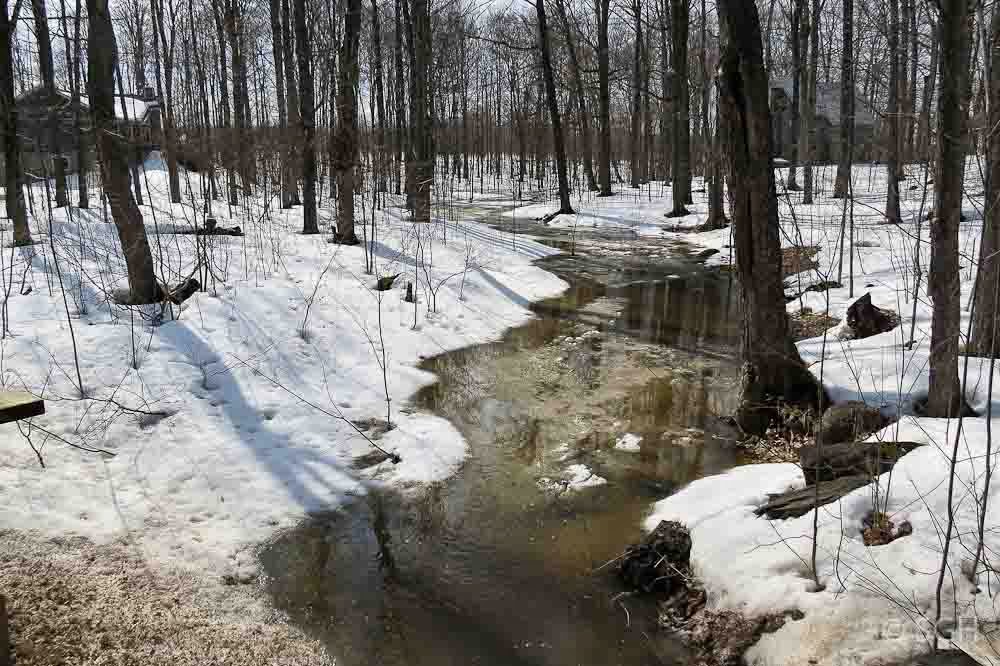 At this point the normally dry stream channel is almost full, with the water backed up against the ice dam along the side of the bridge (lower left).  Water started trickling under the ice and I could hear it gurgling down through the rocks beneath me.  There are obviously cracks in a number of places in this limestone, not just one sinkhole. 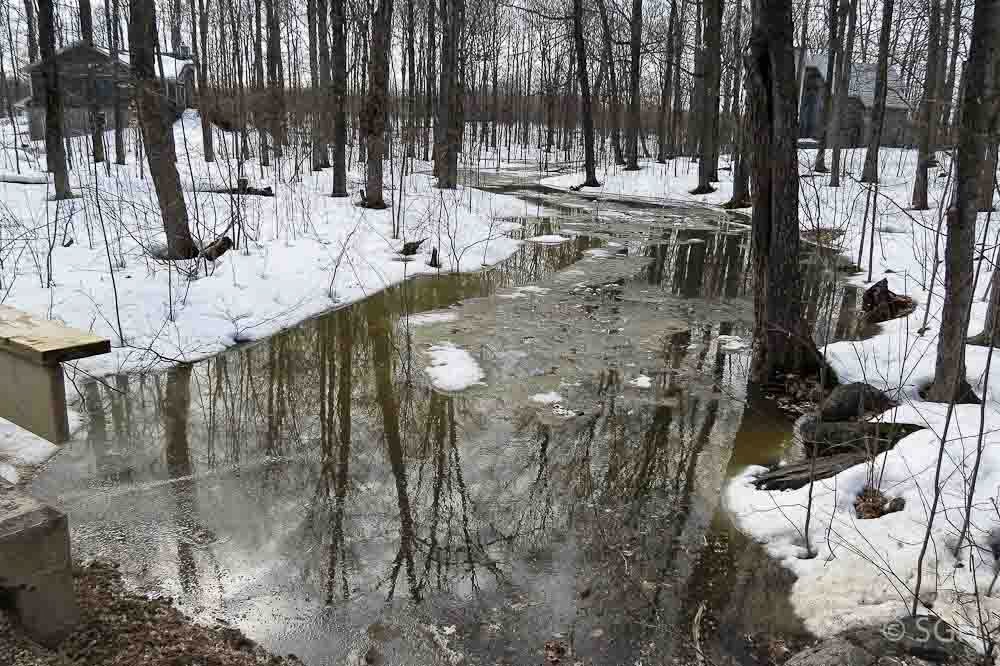 At this point the channel had flooded as high as it gets, backed up against the ice beside the bridge.  I left and returned later when I realized it would take some time to break through that barrier - that's tomorrow's story.  But I was thrilled to have captured a moment in time that I probably won't see again.

The sinkholes I refer to here are not the large sinkholes that sometimes collapse in Florida (and elsewhere).  Although the process of formation is similar, in 'karst' topography, the rock here is very hard dolostone, and our sinkholes are really just cracks in the bedrock large enough to let water flow through - and sometimes form small caves.  However, this is enough that streams disappear in these sinkholes and re-emerge halfway down the escarpment slopes, a widespread feature of drainage patterns around here.  Perhaps I'll try to get a diagram to explain this sometime.