Just as the many flooded streams around here provide for interesting lines of fences running through the water, at least on calm days they also provide lots of reflections.  These are a few I captured 2 weeks ago when there was still a bit of snow around, all taken along the flooded margins of the upper Rocky Saugeen where it's still a fairly small stream most of the year. 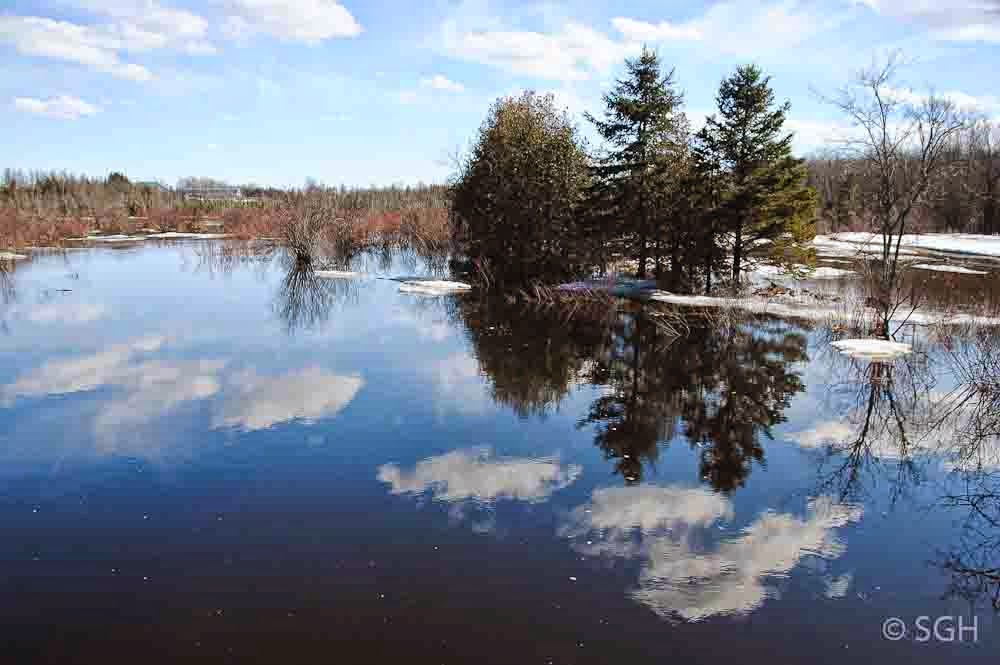 I liked the way the clouds as well as the trees were captured in these two shots.  These are taken just around the other side of the rural concession block we live in. 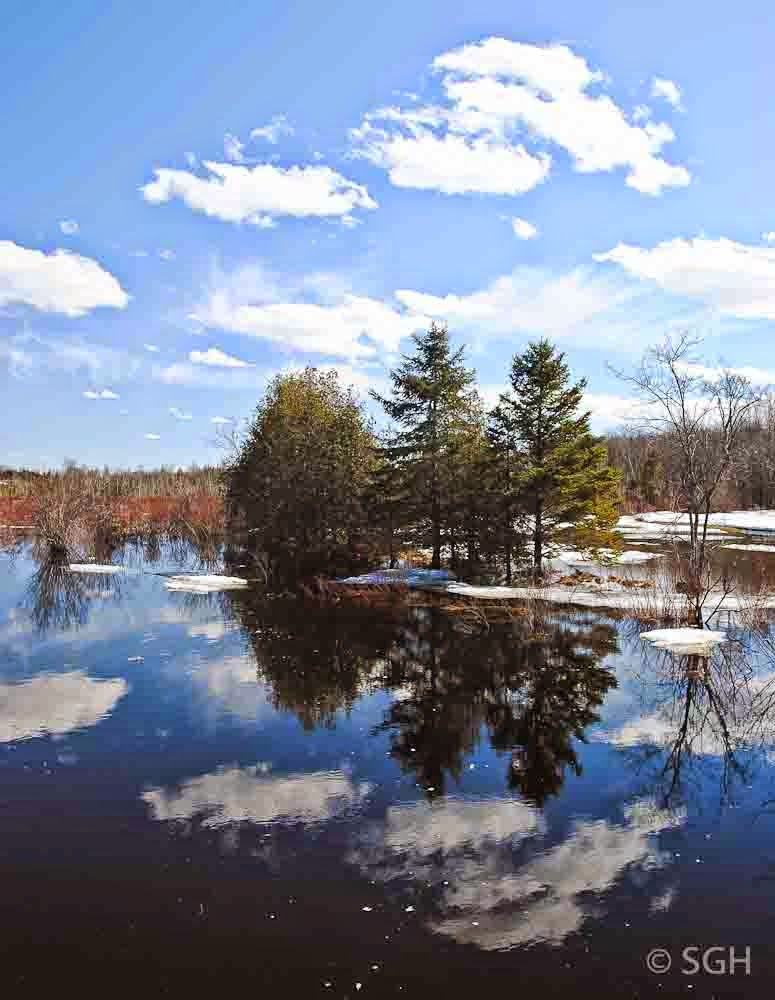 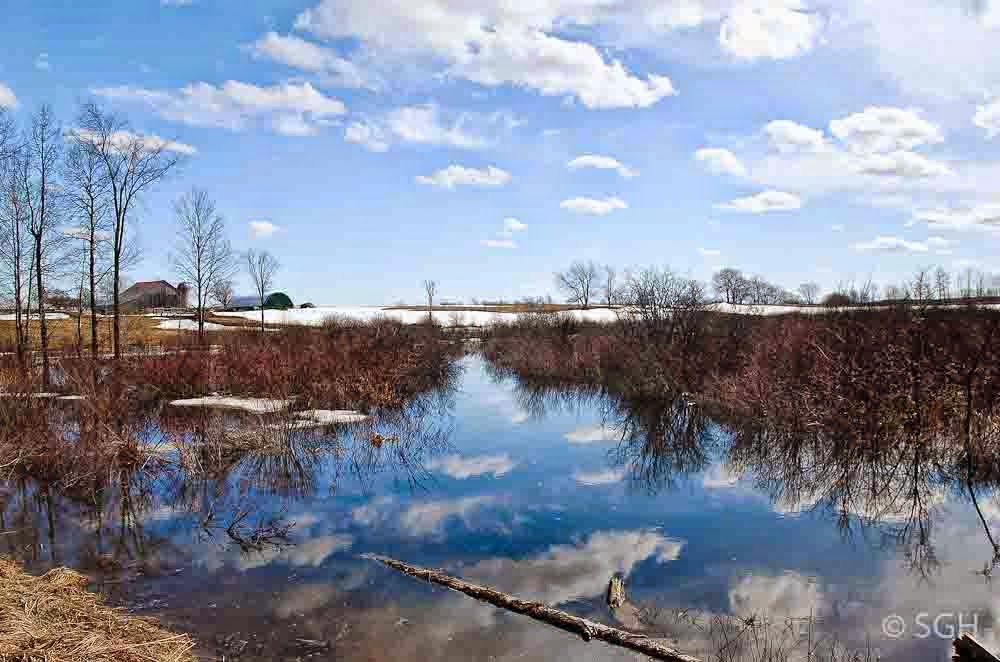 These two are taken a couple of kilometres upstream to the southwest of our place, where the stream crosses under the East Back Line.  With the dogwoods (below), it's hard to tell where the reflection ends, and where the real plant begins. 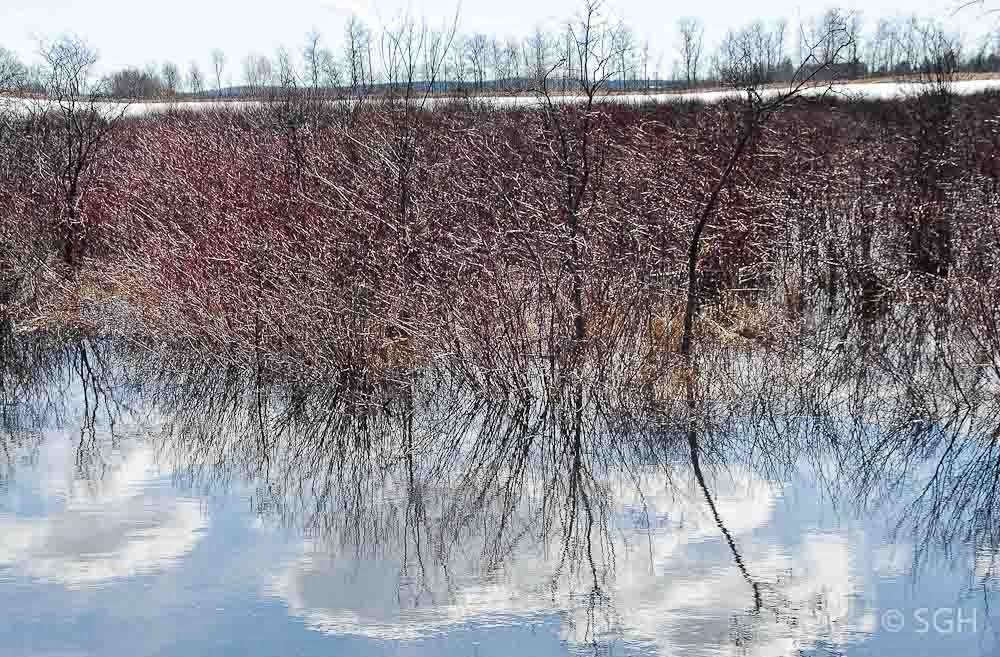 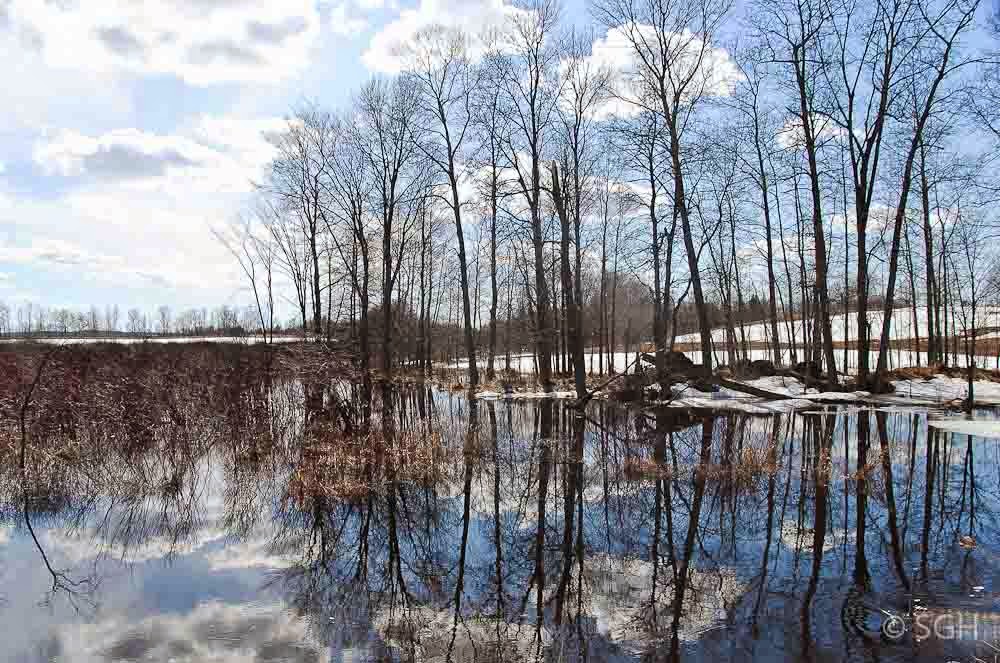 Just off to the side were these tall soft maples, casting stark shadows in the water.  Note the flooded culvert below water in the lower right corner, a small whirpool showing where the water is being sucked down into it. 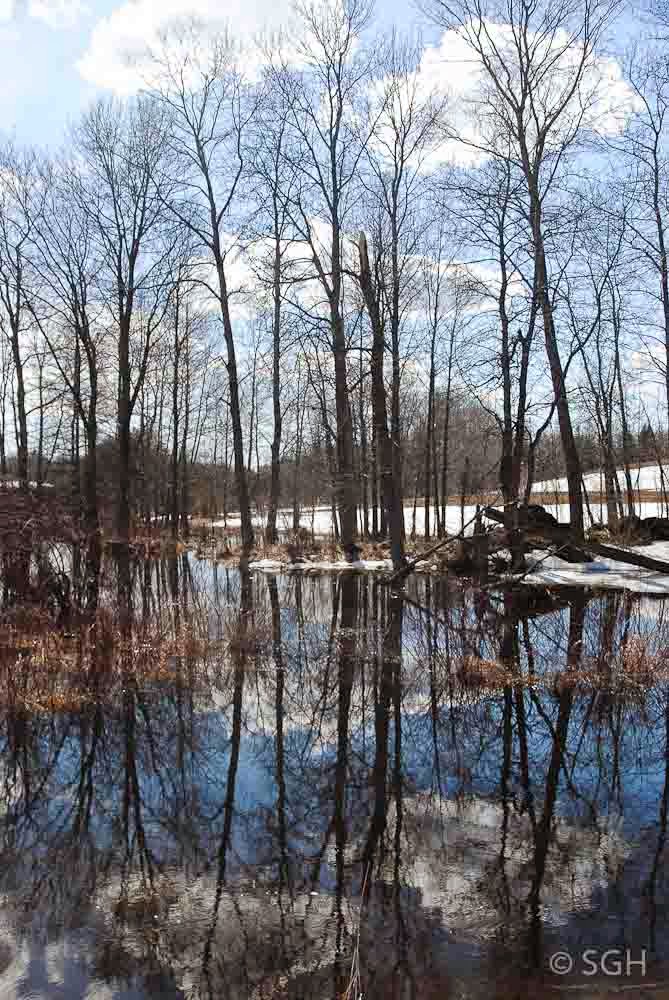 All just part of the April seasons here in the valley.