I was lucky enough yesterday to spot the movement of a larger bird on the edge of the marsh as I was driving down the 7th Line.  My brain slowly connected realizing this was something unusual, and I braked to a stop, then backed up 100 yards.  It was an American Bittern!  Though it may have been the movement of the two ducks that I spotted. 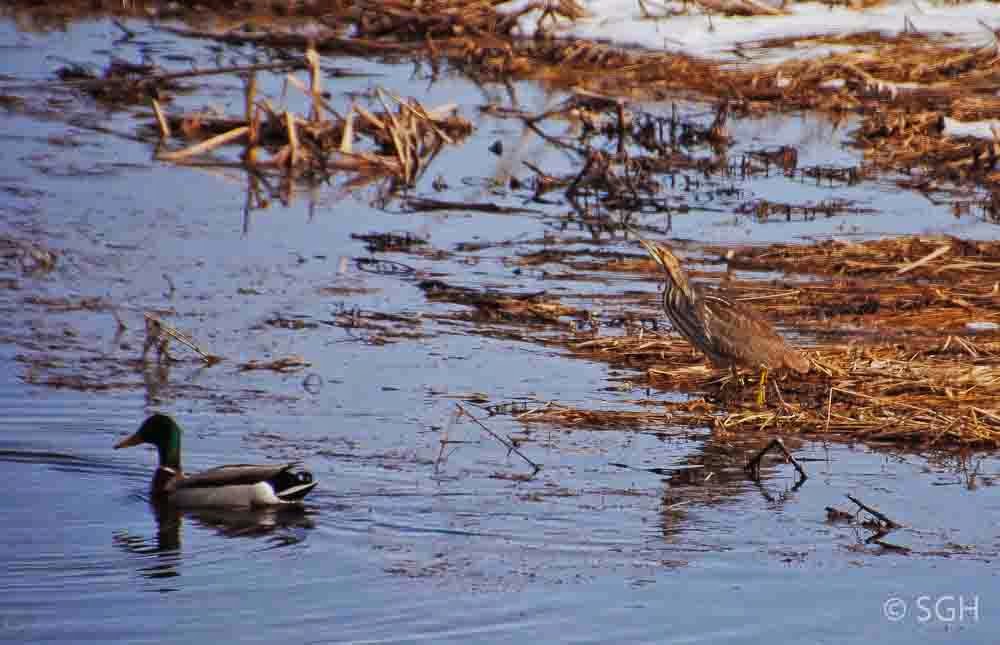 In comparison to the duck swimming away, you can hardly see the bittern against the brown vegetation. 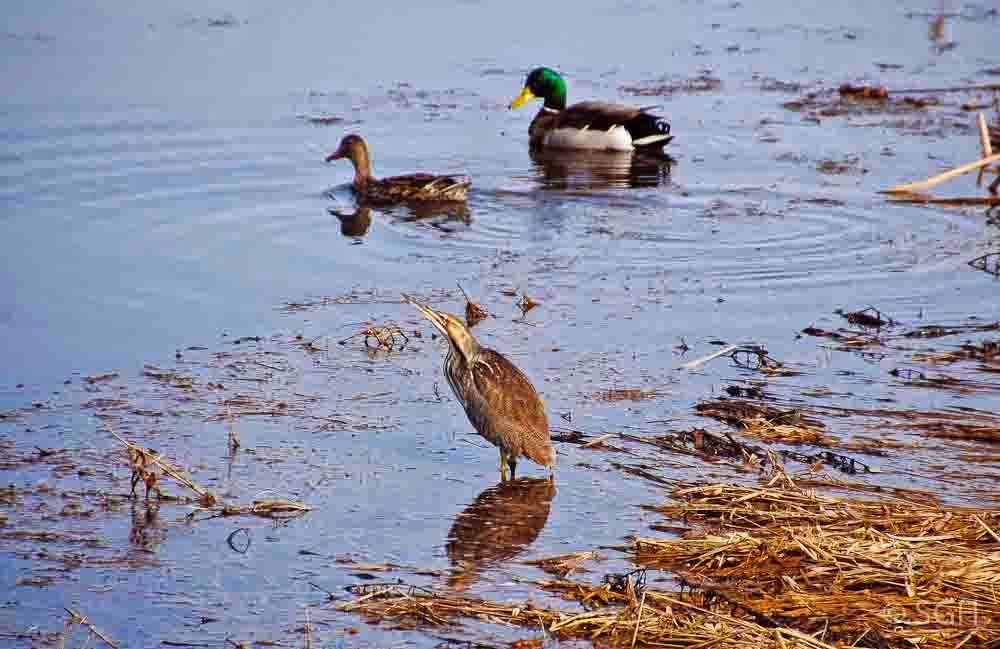 Remarkably, it stayed put as I took several pictures.  I got a much better view as it walked out into the water a little, still following the ducks. 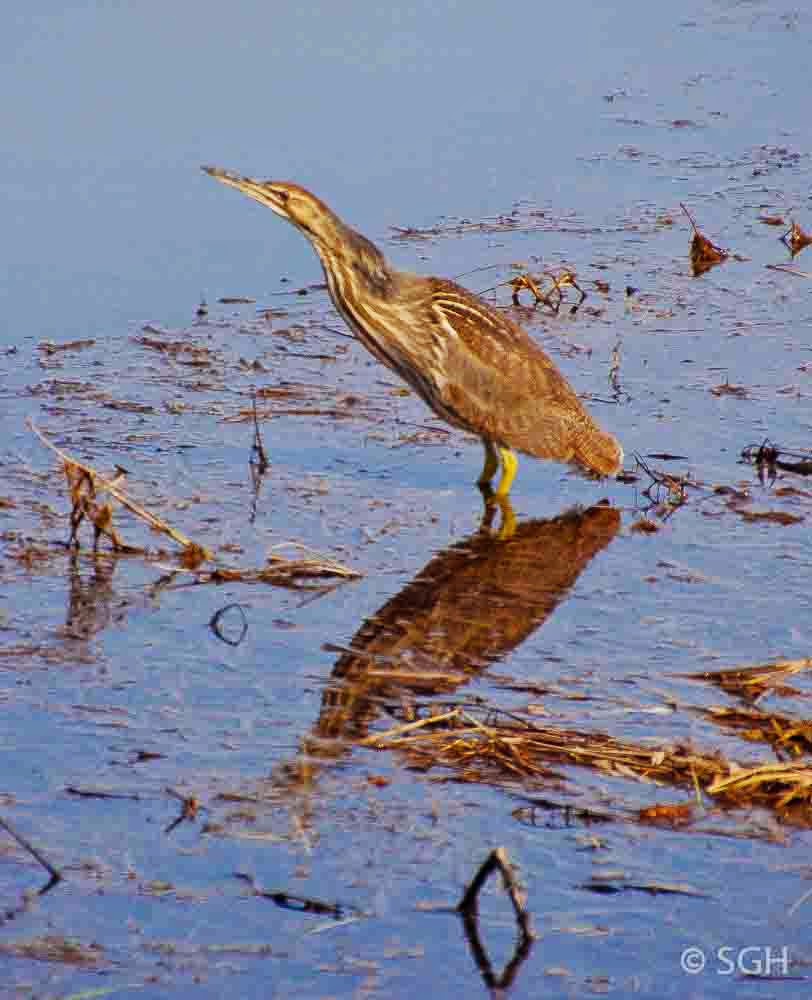 The bittern has the most interesting bird call I"ve ever heard, a deep 'galumpf' that sounds for all the world like someone pounding a stake into the ground.  One of its names is 'Stakedriver'. you're much more likely to hear it in the distance than see it. 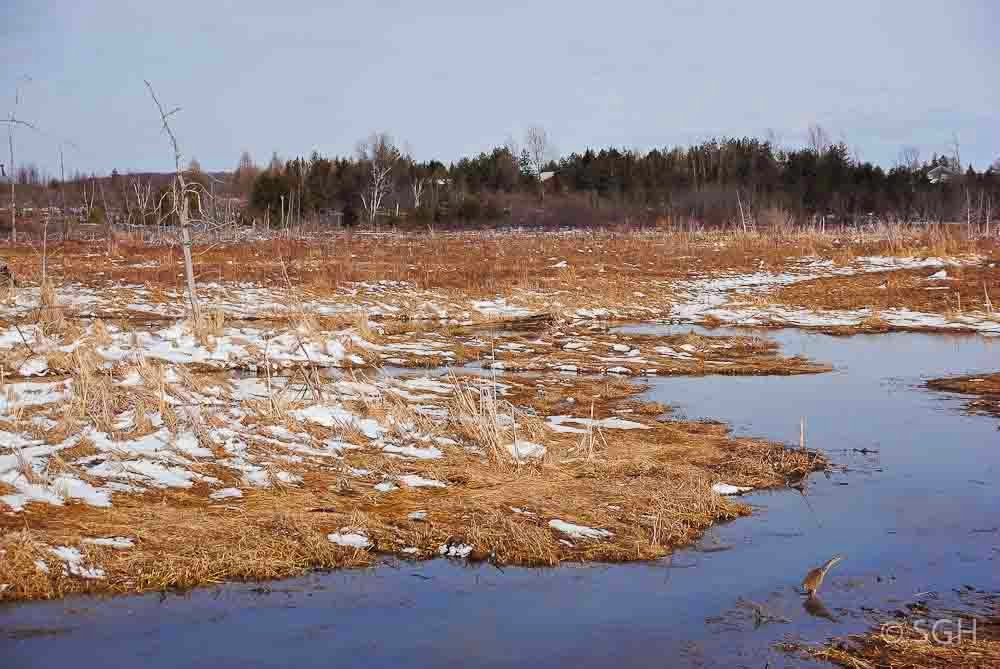 This photo shows you the bird in its habitat - still a little snow from the 3" we got on Tuesday.

Unbeknownst to the readers of this blog, I've been teaching an on-line university course this semester, just for fun.  It's on the Landscape of Scotland.  Anyway, I need to take a few days off to wrap up a large pile of marking.  Be back next week sometime.