Talking about ferns, all fern fronds first appear in the form of a 'fiddlehead' when they emerge in the spring.  Each species looks somewhat different, but the general form of a fiddlehead is similar.  Ferns are actually ancient members of the plant kingdom that reproduce with spores rather than seeds as well.  In any case, not only ferns, but these different fiddleheads have always fascinated me.  I've been watching for them to get some pictures this spring, so here they are. 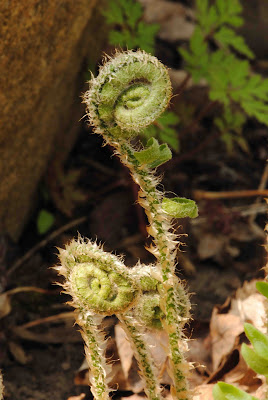 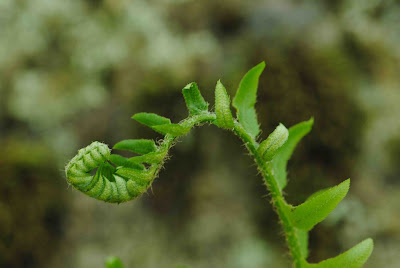 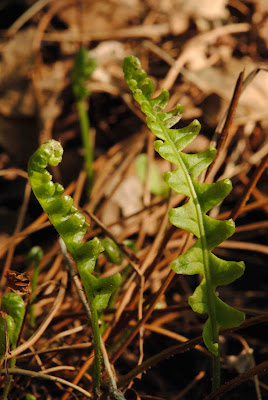 The tiny fiddleheads of Polypody. 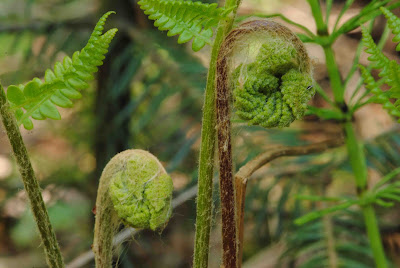 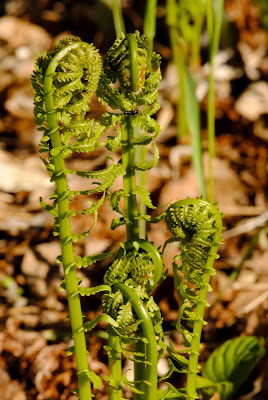 Ostrich Fern fiddleheads - these are the edible ones.
Posted by The Furry Gnome at 9:23 PM

Email ThisBlogThis!Share to TwitterShare to FacebookShare to Pinterest
Labels: Ferns