Went on an interesting organized walk at Flesherton Hills wetlands yesterday, a place I had never been to.  But I'll be going back, 'cause it's a gem of a natural area right on the edge of Flesherton.  Easy trails, and it's accessible from the two schools in town. 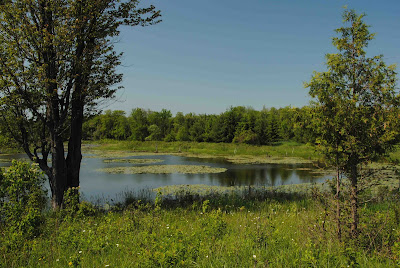 It's partly old fields and some reforested pine, but in the middle of this are several large ponds, some of which are active beaver ponds.  And decorating the surface of the water were large rafts of bright yellow water lilies, all out in bloom. 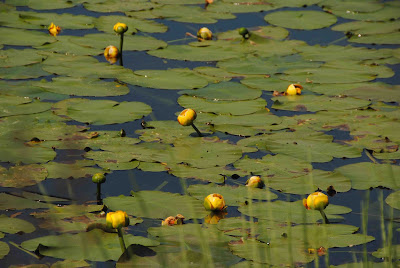 There were lots of other things to see, like dozens of large croaking bullfrogs; perhaps I'll post their pictures tomorrow.  But the yellow water lilies were definitely the bright spot in these wetlands. 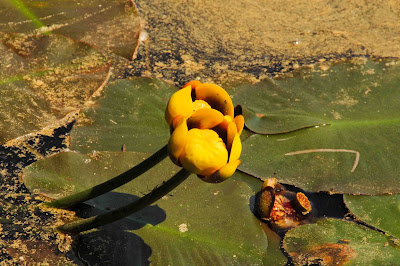