I've found several of these fungi recently, in various nearby different locations.  The patterns on the top as well as the pores on the underside are really quite beautiful. 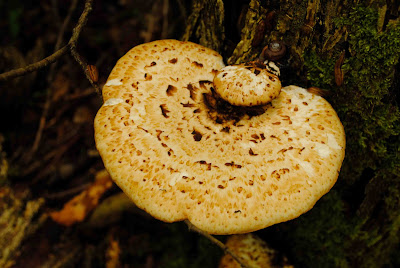 This is a fungus that usually fruits in the spring, and favours dead elm trees, which is where I found these (below).  According to Wikipedia, 'Dryads' are small creatures in Greek mythology who could presumably use this mushroom as a saddle.  It's also known as 'Pheasant's back fungus', for the pattern of scales on the top.  In Latin, it's Polyporus squamosus, because it's a polypore fungus, and has these visible 'squamules' or scales on the upper side. 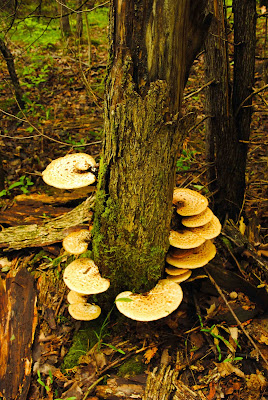 This dead elm was pretty well circled by them, and several were present on other nearby trees, at the entrance to the Massie Ski Trails where we held a fern hike two weeks ago. 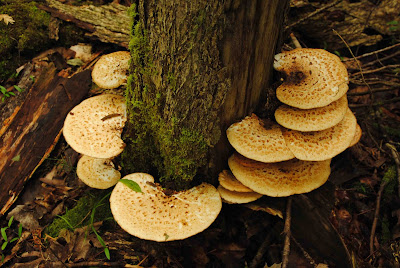 All polypore fungi have pores on the underside rather than gills.  I was able to find one about 6 feet up on a dead elm where I could look upwards and get a picture from below. 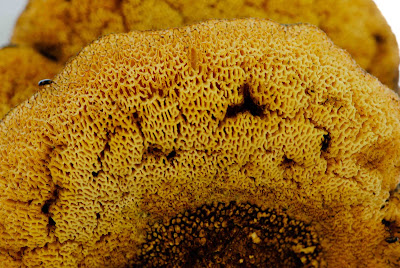 The pores on this fungus are tiny tubes packed tightly together in an intricate pattern like this.  Young specimens are actually said to be edible, but I don't think it's one I'd try. 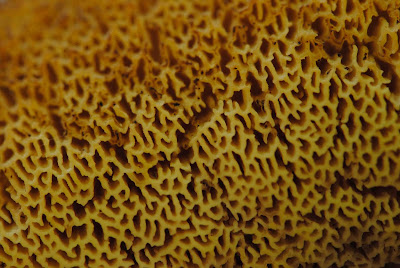 Email ThisBlogThis!Share to TwitterShare to FacebookShare to Pinterest
Labels: Fungi