It's been a beautiful day, a little on the hot side, but it appears this will be the only sunny dry day til Sunday, so as you can imagine, I got out!  Propelled myself down to the waterfront and for only the second time this year explored northward to Raper Park  The waterfront was busy with tourists or locals seeking some breeze.

There were more little sailboats out than I've seen in a long time.  I counted 10 in this picture, including the blue hull of a boat down, just beside the second sail from the left. 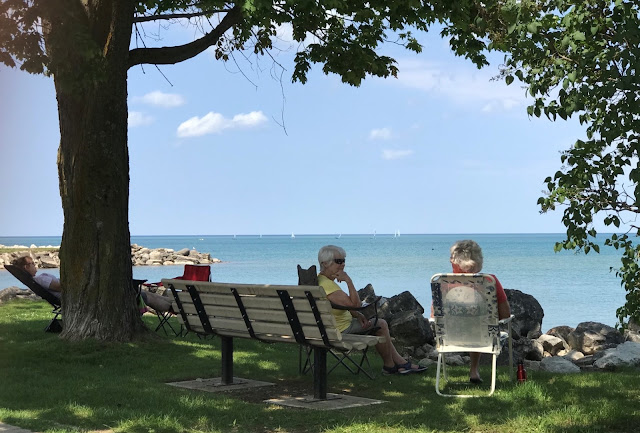 There were numerous people just sitting in the shade (or sun) relaxing. 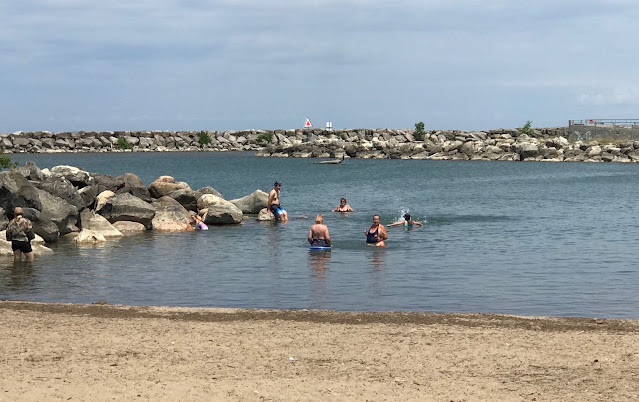 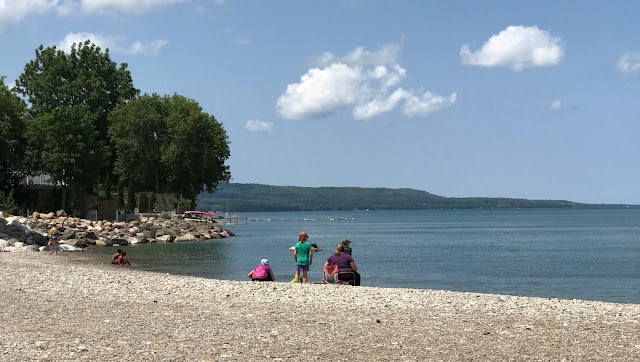 Both beaches were in use, this one the gravel beach, the other is sand.

It was these four small boats setting out from the harbour that I saw first, from the sailing school.

They sailed northward and met up with six others that were already out there.  That's how you get 10 for the top photo. 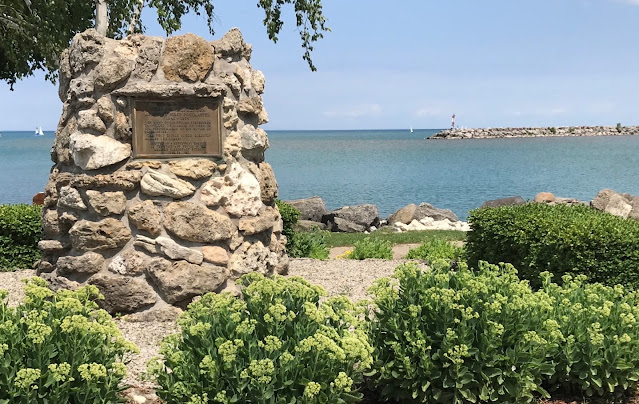 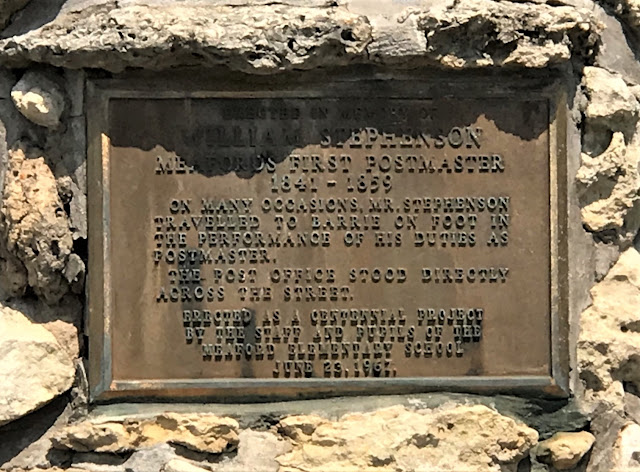 I can't believe that I've never stopped and made note of this cairn and plaque before.  It was erected as a 1967 Centennial project to remember the first postmaster of Meaford who started his job in 1841.  The original post office was across the street behind me.