It's only been a week since I shared an update on the garden, but flowers continue to bloom and the seasonal change is passing fast.  There are a few highlights and interesting plants that I want to share. 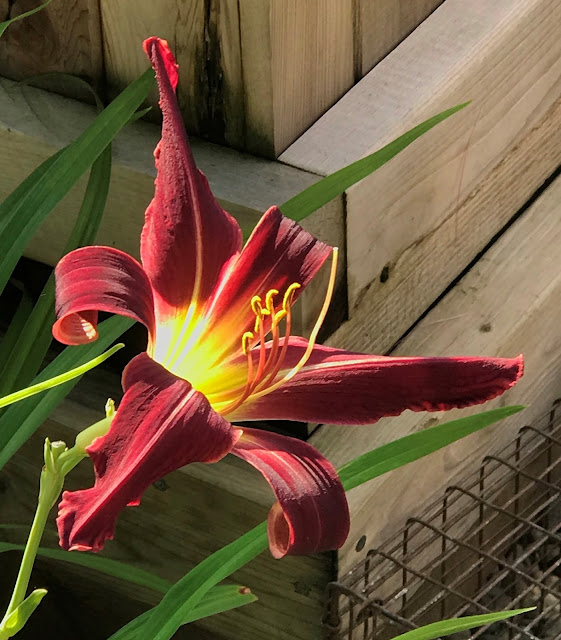 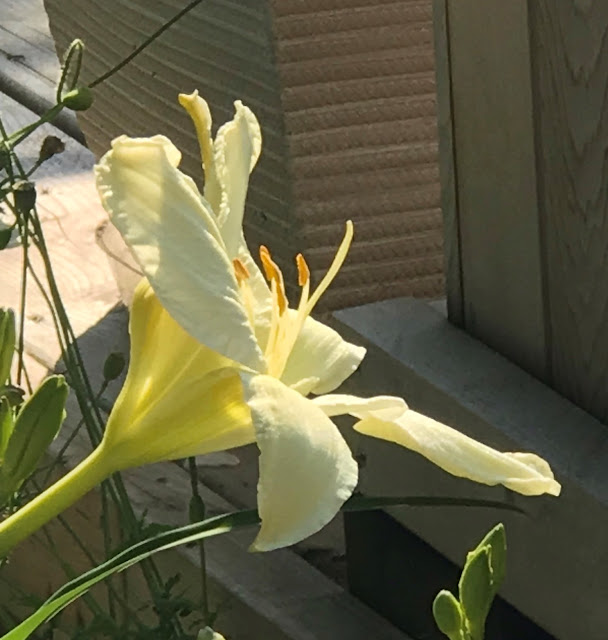 It certainly is the heart of the Day Lily season, and new blooms are coming out every day.  We typically have at least 10 varieties in bloom every day, ranging from this deep purple to this almost-white flower. 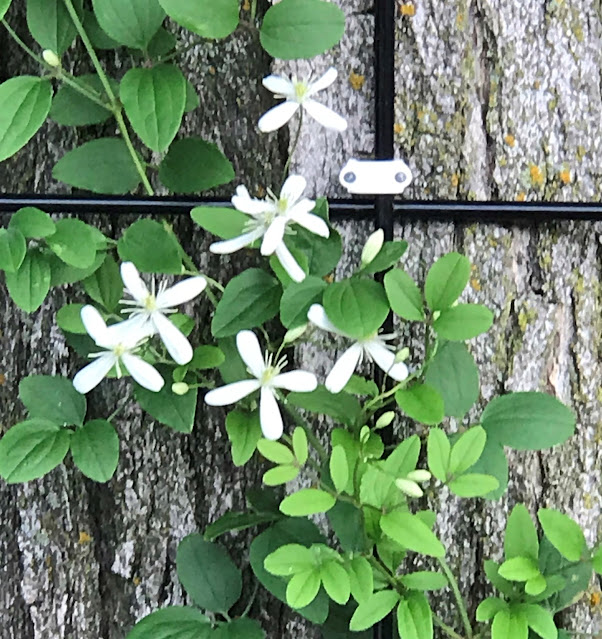 The bigger Clematis continue to bloom, and this very small Clematis is now flowering.  As you can see, Mrs. F.G. tacked a trellis against a Sugar Maple and we're hoping this one with tiny white blooms, will grow up the tree. 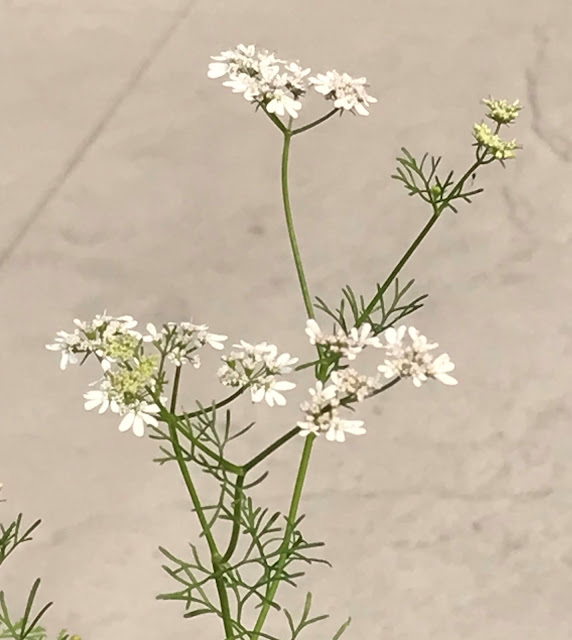 This is an interesting plant because it's the only one we can think of that goes by two different names at different stages of its life.  It's both Cilantro and Coriander, the former referring to the fresh leaves, and the latter referring to the seeds.  Cilantro is more commonly a garnish on soups or curries and Coriander is a herb popular on Indian and Spanish dishes. 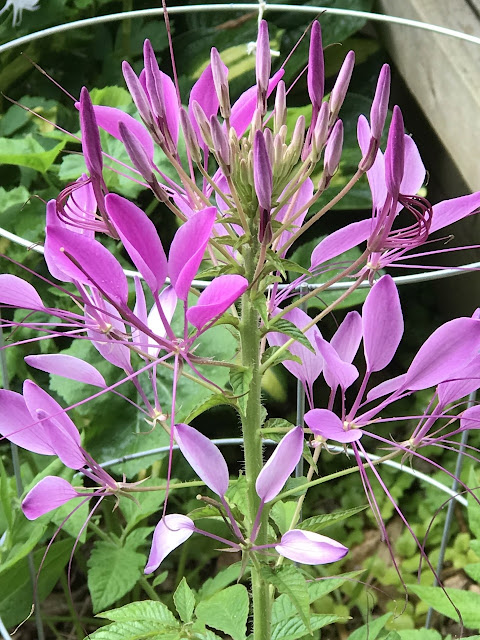 This is the beautiful Cleome that I mentioned earlier this week.  I ranges from white through pinks to this purple, my own favourite.  There are many species that look somewhat different, but the ones we have are Cleome hassleriana.  Also known as Spider Flowers or Grandfather's Whiskers, my own favourite name for a plant! 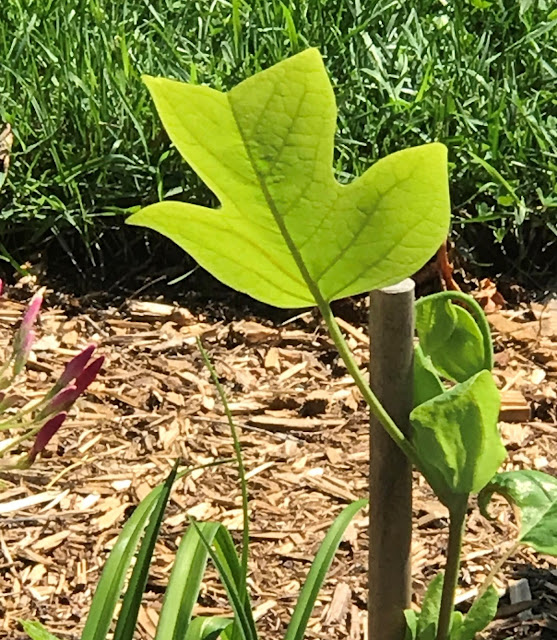 Mrs. F.G. was delighted to find a small Tulip Tree seedling at a nearby nursery this late in the season.  We'll baby it along in a pot for now and plant it in the fall.  We're certainly at the northern edge of its range, but we had two at the last house which did very well, so we're going to try it. 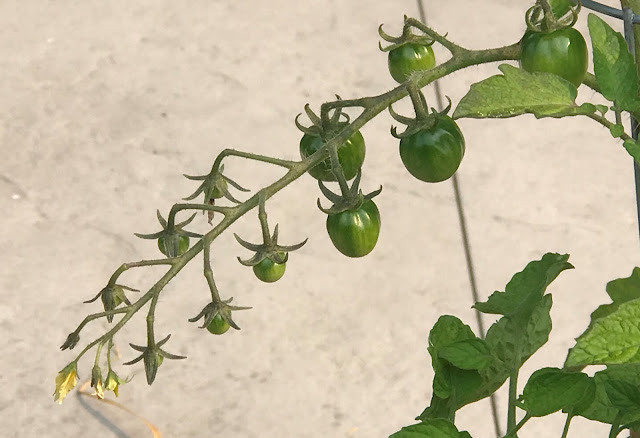 Finally our cherry tomatoes look like they might eventually produce some fruit.  I always think they finally turn red very late in the summer, but here's hoping!