Where John Muir worked in 1864-65.  The property along the Bighead River on the edge of Meaford on which Trout Hollow sits was recently donated to the Environmental Biosphere Conservancy, one of the largest conservation organizations in this part of Ontario, by the Knight family.  Trout Hollow was the sawmill owned by the Trout family where the famous American conservationist John Muir spent a year or two working in 1864-65. 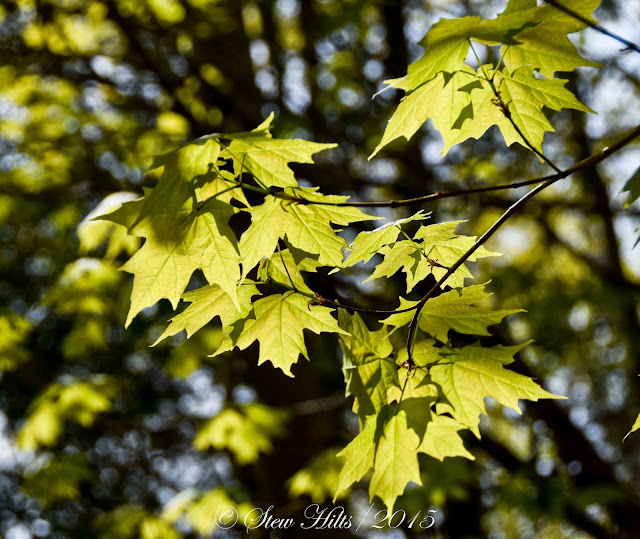 The Trout Hollow Trail starts out on the unused (and sometimes very wet) Sideroad 13 road allowance south of Meaford, and passes through a bit of forest before reaching the Bighead River. 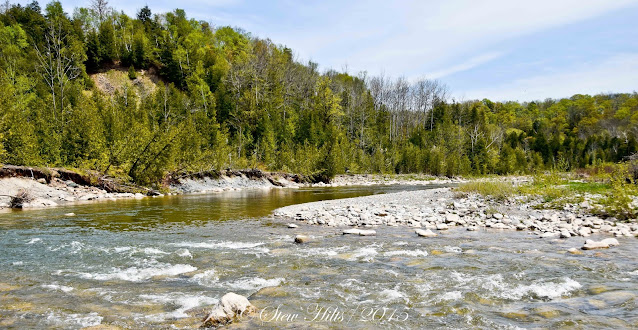 Then quite abruptly you step out of the cedars and you're on the gravel bars lining the river.  I've hiked in here three times in the past, and one of those hikes was led by a local John Muir expert, Robert Burcher.  He had done a lot of research to find the exact location where the cabin the millhands lived in was located.  It would have been in the centre of this picture on the far bank, up in that cedar forest.  Of course it was probably all open in 1864! 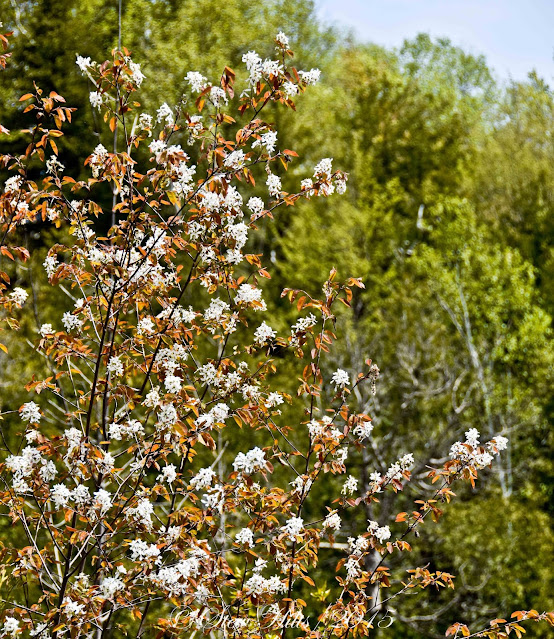 Burcher led us along the rocky shore where I spotted this beautiful Serviceberry in full bloom. 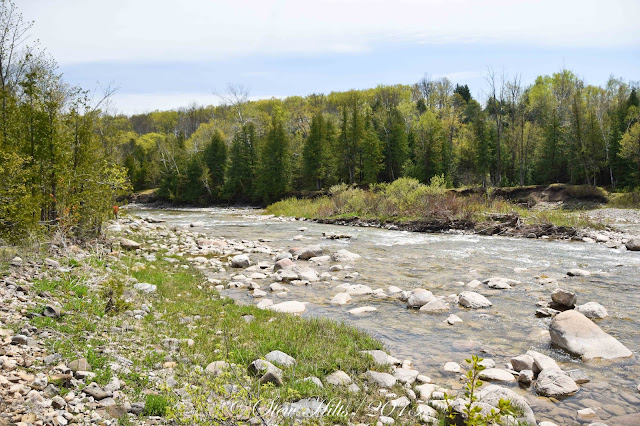 We continued along the riverbank until we could climb up the low bank on the left to the site of Muir's accommodations while he worked at the mill. 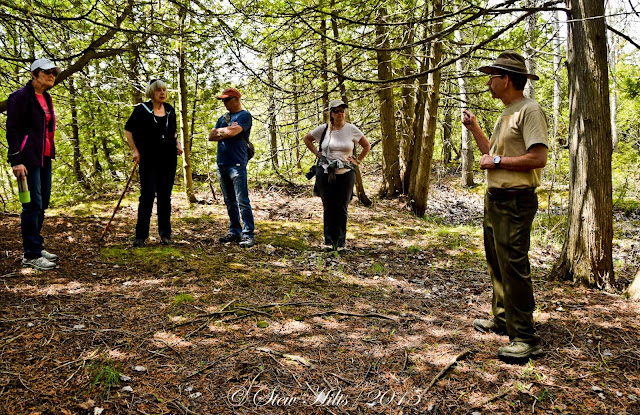 Here he told us of how he originally learned that the great John Muir had actually spent two years in this part of Ontario, and how he narrowed down the cabin location until they were able to have an archeological dig. 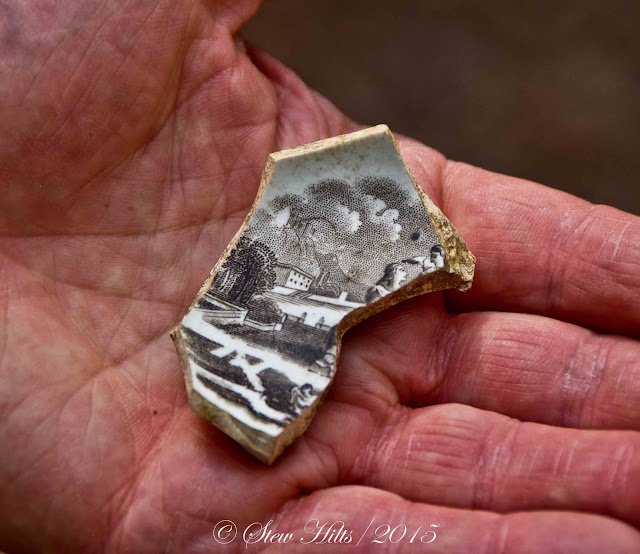 They found a number of artifacts, such as this pottery fragment (pottery is a favourite of archeologists) which enabled them to date the site approximately. 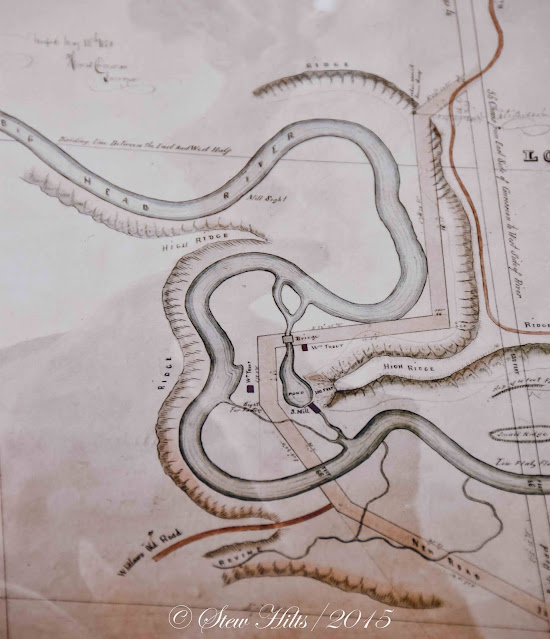 But there's other evidence too, including this old map which shows the road into the sawmill and the location of two Trout family cabins as well as the sawmill itself. 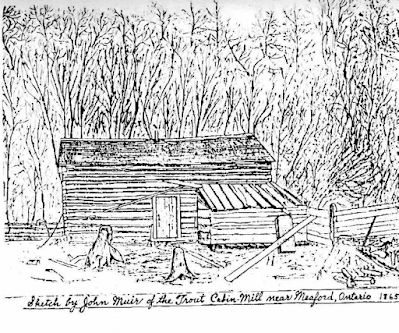 Not only that, but John Muir completed a sketch of the log cabin himself.  Pretty tangible evidence for a historian!  I was becoming amazed by this story of Muir in Canada myself by this time. 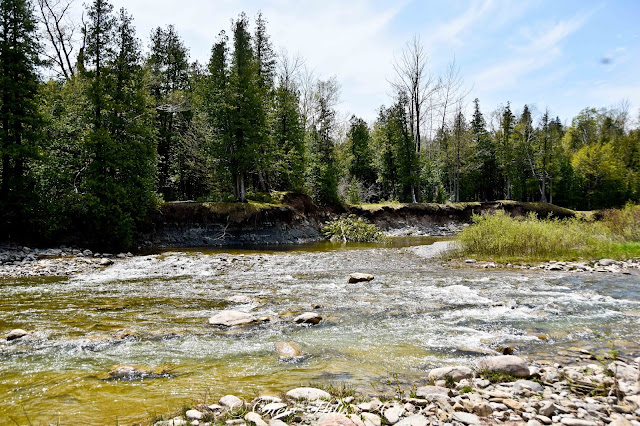 This would have been Muir's view in front of the cabin - approximately.  Undoubtedly the river itself has changed its course a bit in 160 years! 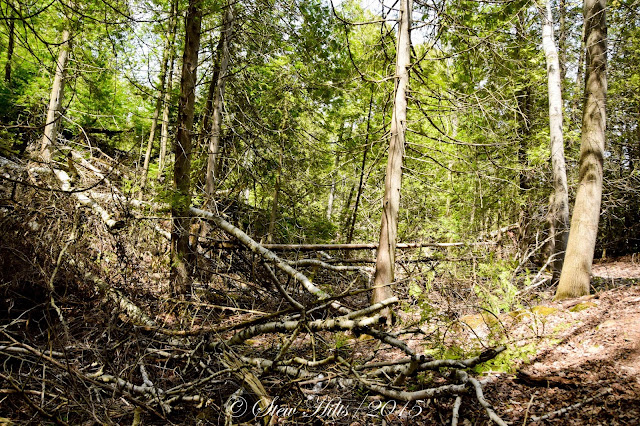 This tangled mess of fallen trees and branches is the site of the sawmill where Muir worked.  Muir was something of an inventor by this time, and he came up with a machine to make the tool handles that the mill specialized in, faster, thus increasing their output.  Tragically for the Trout family, the mill burned to the ground in 1865 destroying all their progress, leaving them bankrupt and leaving Muir with no job. 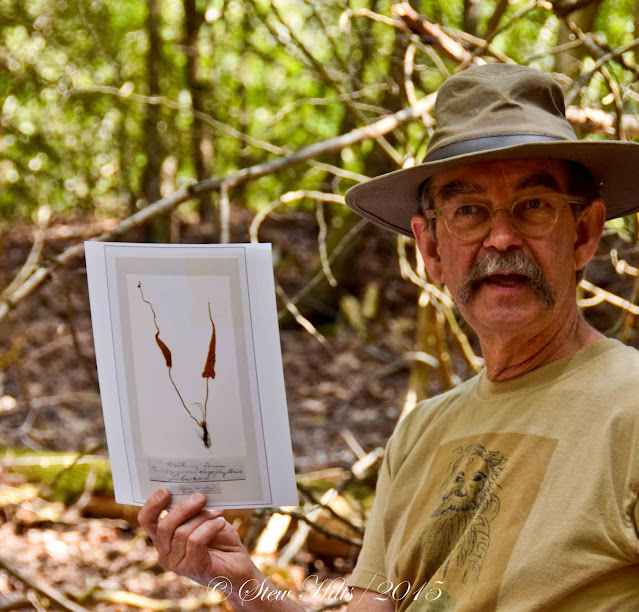 But in his spare time wanderings Muir had fallen in love with botany, and I expect with simply wandering in the woods.  From his letters back home and other sources it appears that this was the period in his life when John Muir became fascinated with the natural world.  He later developed that love of nature to encourage the protection of the sites in California that he grew to love - especially the Yosemite Valley - the first National Park in the world.  Burcher had plates of two of Muir's botanical specimens to show us. this one the intriguing Walking Fern.  It 'walks' by the tip rooting and forming a new plant.  I've seen Walking Fern several places in the valley. 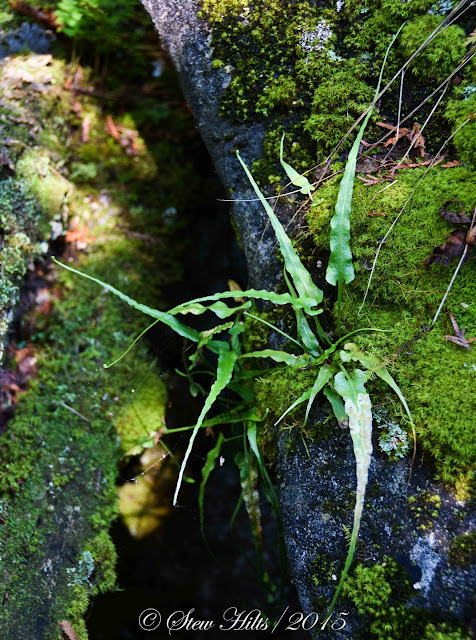 A Walking Fern I found some years ago hiking the Bruce Trail south of Meaford.  Going exploring along the trail was my great love! 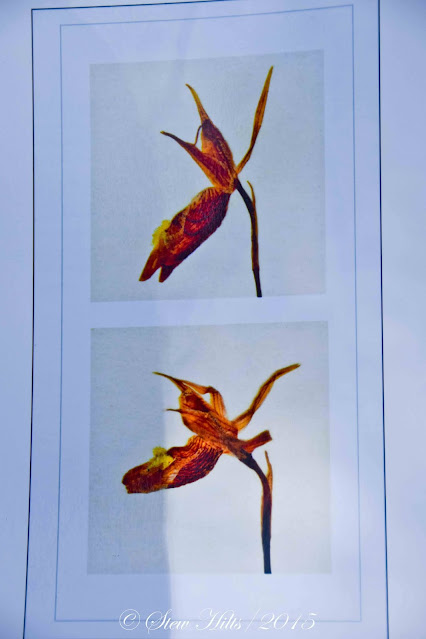 And this is the famous Calypso Orchid that Muir found in the middle of a dense Cedar swamp - the swamp that is now the Holland 'Marsh', a vegetable growing area.  John himself described his find, and his slog through the swamp, in a letter to his former professor, J.D. Butler.  Butler in turn forwarded the letter to a newspaper in Boston, and it became Muir's very first published writing, written while he was still on his botanical sojourn in southern Ontario.  Many years ago I found the Calypso Orchid growing under some Cedars ion Flowerpot Island. 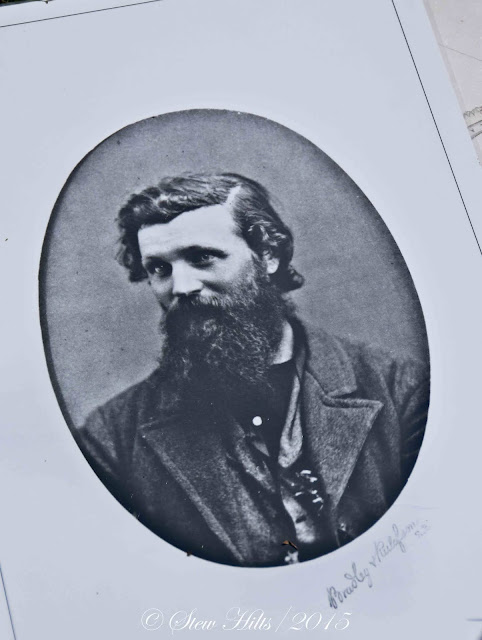 I'll end with a picture of the great conservationist himself, but in the next post I will finish the story of the donation by the Knight family.  Trout Hollow is indeed a special place in conservation history and the Knight family deserve a great deal of credit for their donation.

Muir himself headed south through the United States, eventually walking all the way to Florida, working for a time in a wagon wheel factory.  After a brief stay in Cuba he arrived back in New York and took a train to San Francisco.  He spent the rest of his life there, dedicating himself to nature conservation.