It's Monarch season again as the Milkweed have flowered and the butterflies have been laying eggs.  Caterpillars are the result, starting out small and eating voraciously until they form a chrysalis.  Soon after that a new generation of Monarchs will emerge.  One of nature's magical transformations. 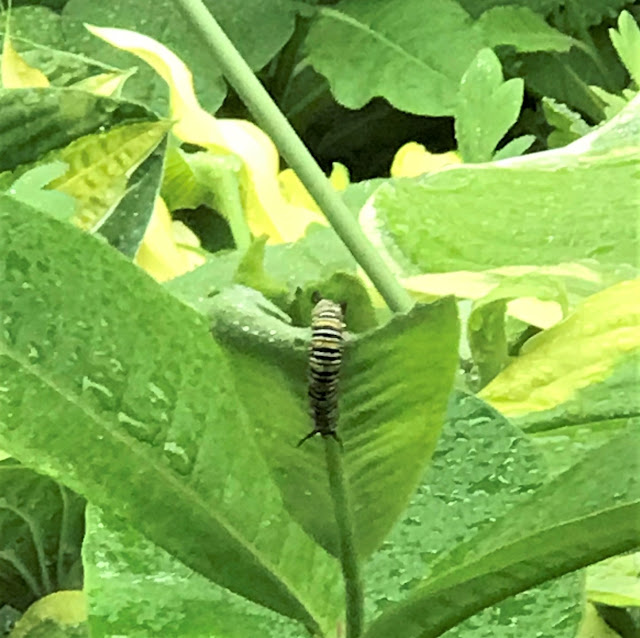 Mrs. F.G. had reported a caterpillar, and this was my first view, straight out the window in front of me. 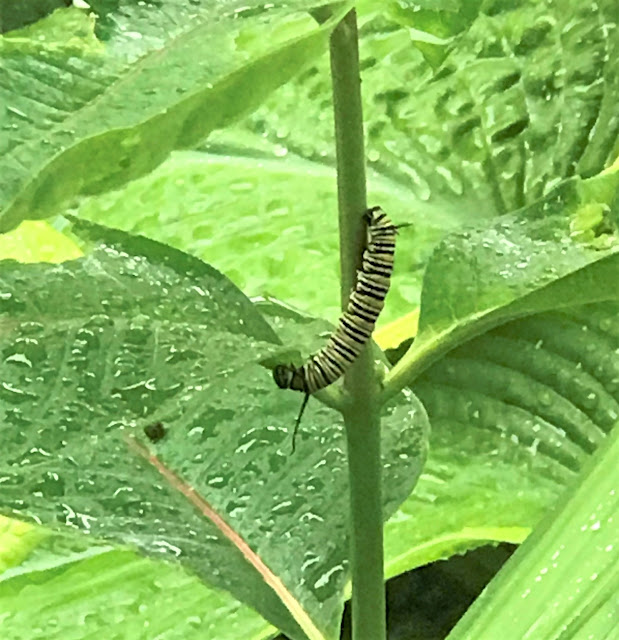 Then I spotted a second one, crawling down the stem to reach another leaf. 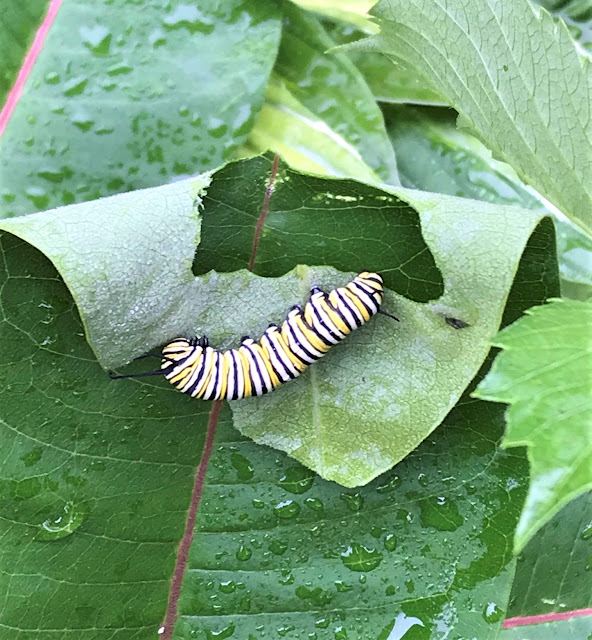 After I reported two, Mrs. F.G. went out to search and among the plants further out in the garden she spotted a third one, obviously eating steadily away. 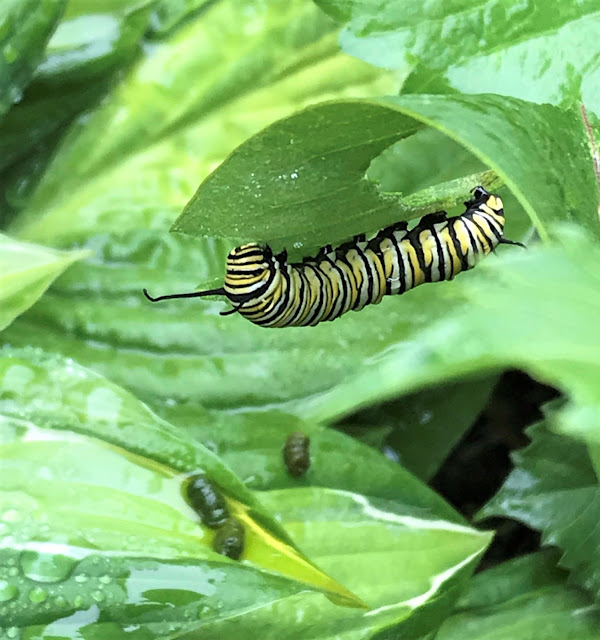 Of course you may have to be prepared to look underneath the leaves, which seems to be where they like to hang out.  You can also watch for those little piles of poop. 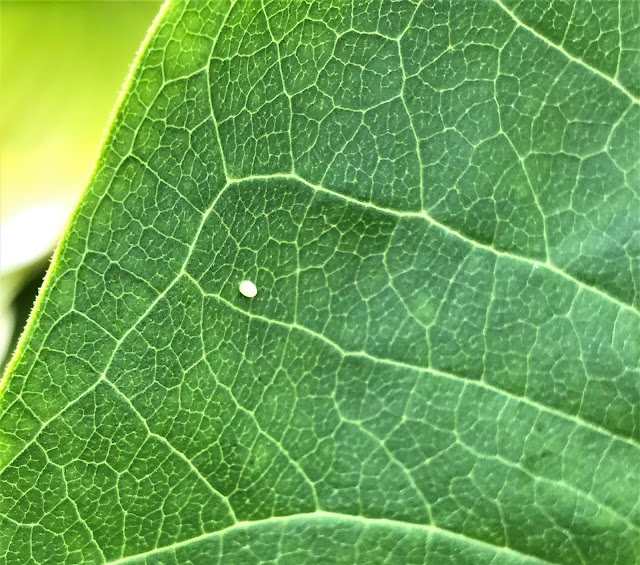 You may also find the eggs, just little white dots on the leaves.  It looks like we still have 5 or 6 unhatched eggs.  I just like the pattern of veins and cells in the leaf. 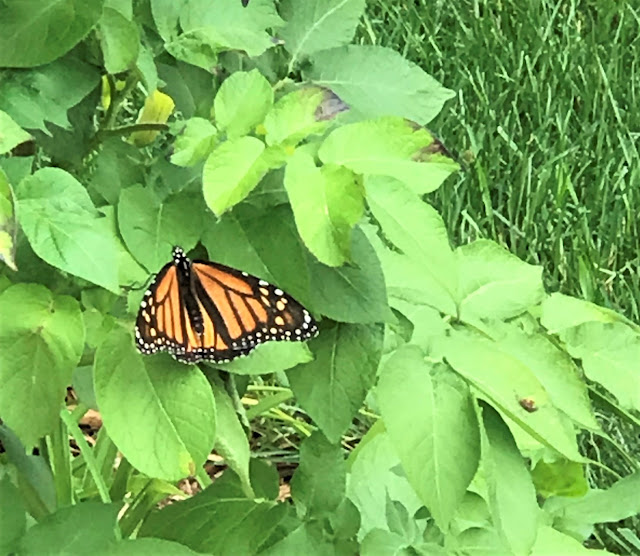 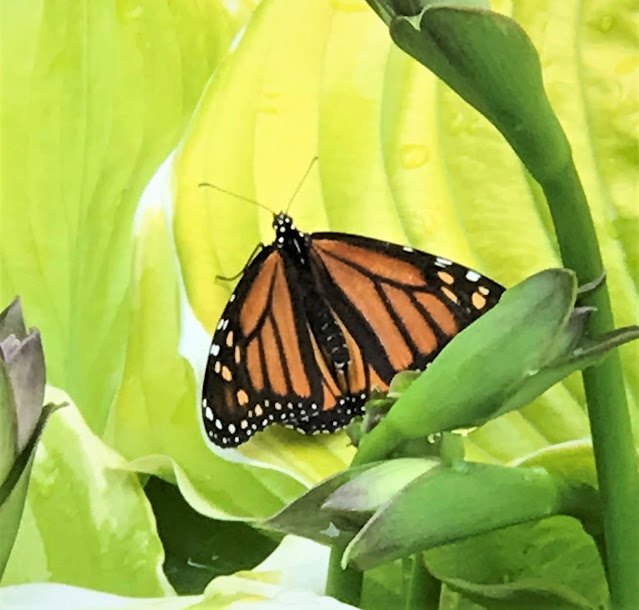 Then a Monarch butterfly showed up and spent much of the day fluttering around.  Mrs. F.G. captured these two views, first on a potato plant and then on a Hosta.  Adult butterflies are not restricted to Milkweed. and I often see them land on other flowers, but caterpillars are. 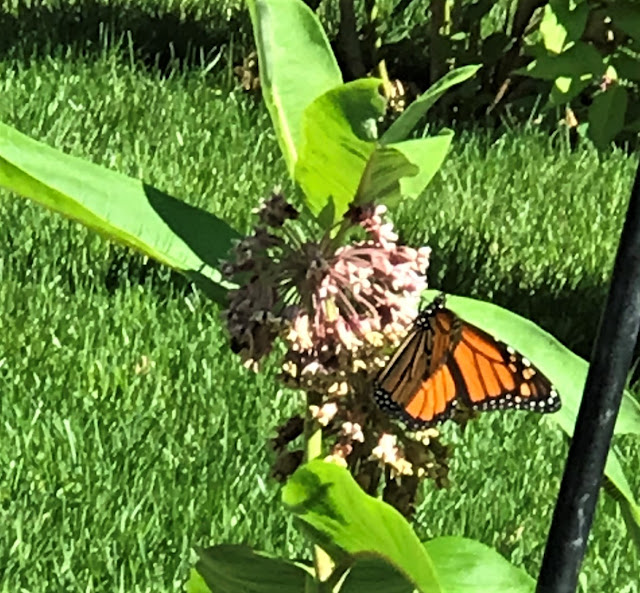 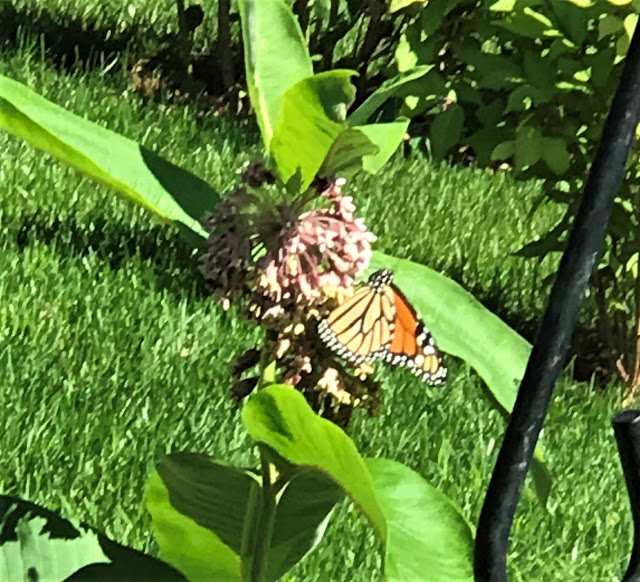 Then I managed to get two photos from inside the house, with the winter bird feeder stand only a little in the way. 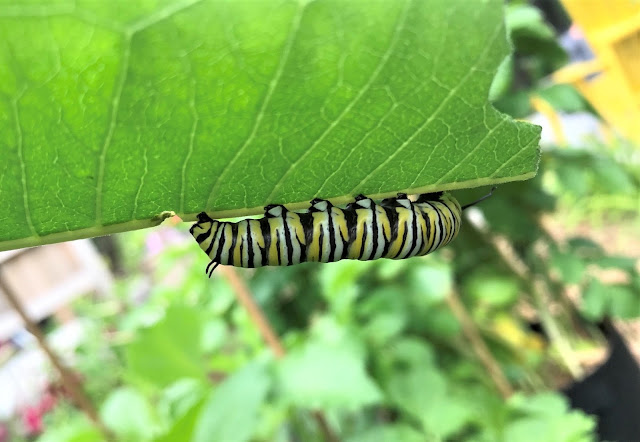 All this has happened since Friday, and today we went out to check.  Maria found the buiggest one quickly, hanging upside down under a leaf, ... 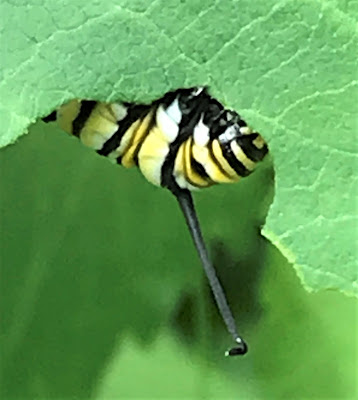 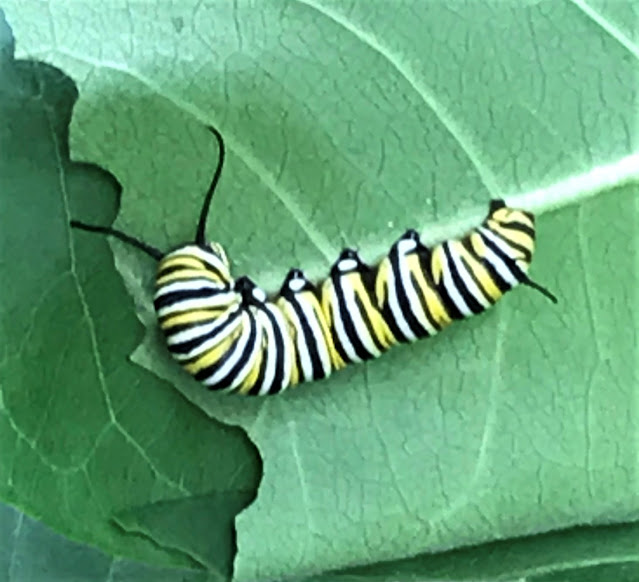 This one is growing pretty large, and will probably form a chrysalis in another couple of days.  It typically takes about 10 days or more of eating to get to that stage, and another 10 days or more in the chrysalis before the butterfly emerges.  We'll be posting more as this happens.