For just the past three weeks or so we've been watching the construction begin across the golf course.  They are building a new dead-end single street with houses on each side, reaching almost all the way into and across the north end of the golf course.  The owner has said that he wishes to keep the course running, and doesn't think this will interfere, but after they've re-arranged 3 or 4 holes to fit we're not sure.  It will be a very crowded course at that end for the golfers.  The houses you see are the one-floor bungalows they've already built on the former practice fairway. 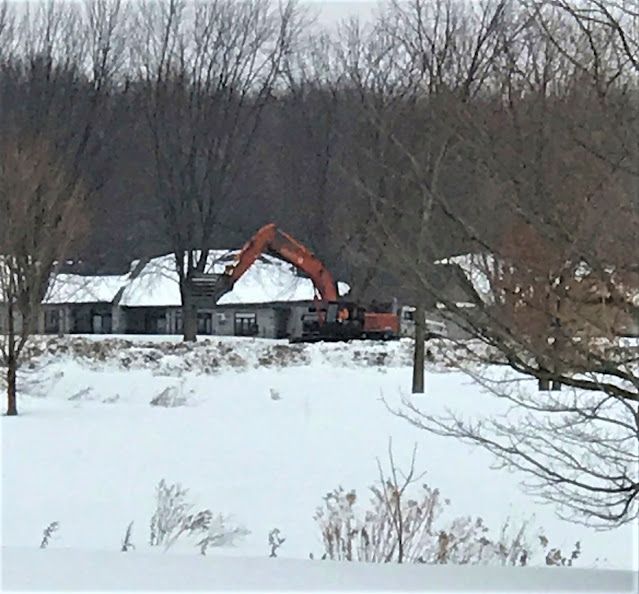 It started with stripping off the topsoil and surface subsoil for the road, followed by new gravel brought in so they could avoid a muddy surface to work on.  There are at least three big excavators like this and several dump trucks coming and going. 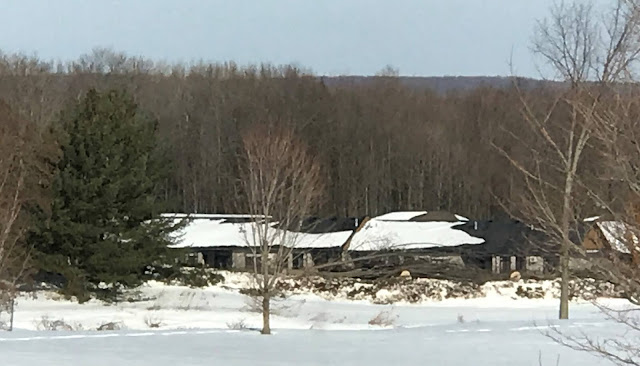 Then they started the tree removal.  A fair number of big old maples were cut down including two along the road where we drive past.  it's always sad to see this sort of tree removal, though it's somewhat inevitable with new development. 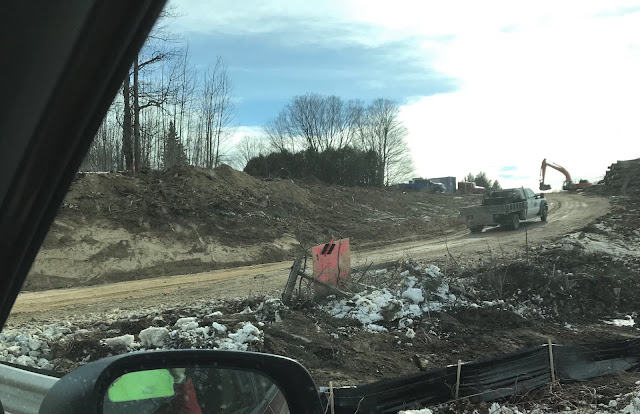 As we drove slowly by the entrance this is the best shot I could get of the new road and all the associated dirt on both sides - again somewhat inevitable. 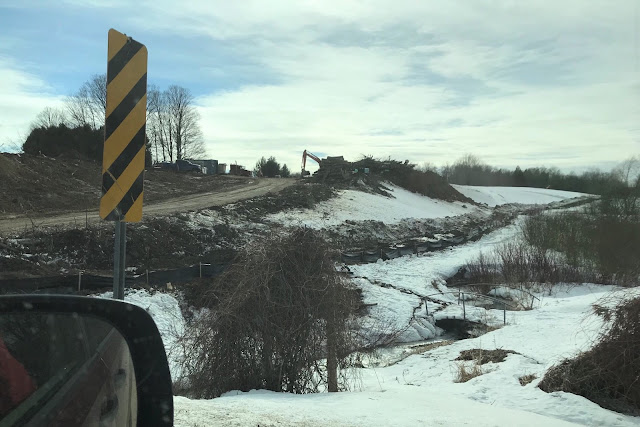 This shot takes in the new road and the debris fence along the creek valley on the north side.  You can see the creek itself in the lower foreground.  It seems to me that some impact on the creek will be inevitable as construction proceeds.
You may wonder how we feel.  Well, we knew this sort of thing would come eventually when we moved in, so we're not surprised, though we're glad that they've chosen a location on the far side of the course for the first development.  Who knows whether the land immediately behind our house will get developed, but certainly some of our neighbours are firmly against it.
The fact is that the owner of the course faces major constraints in what he can develop due to three creeks and several associated ponds that cross the golf course and the associated protective zoning.  Access for services and road access is also limited.  So for us it's a waiting game, but we're not going to get terribly excited about whatever happens, as long as he follows the rules.
I did submit a detailed letter for the first public meeting on this application, because I do feel it's important to keep all the players, councillors, planners, and the owner himself honest.  I got some positive comments about it being a well written letter, but nothing acknowledging any of the specific points I raised.  I'll keep you informed.