Down at the shoreline the other day we stopped to take a look at the ice formations on the trees right at the water`s edge.  Nothing like last year, and still lots of evidence of storm damage, but some interesting ice formations never-the-less. 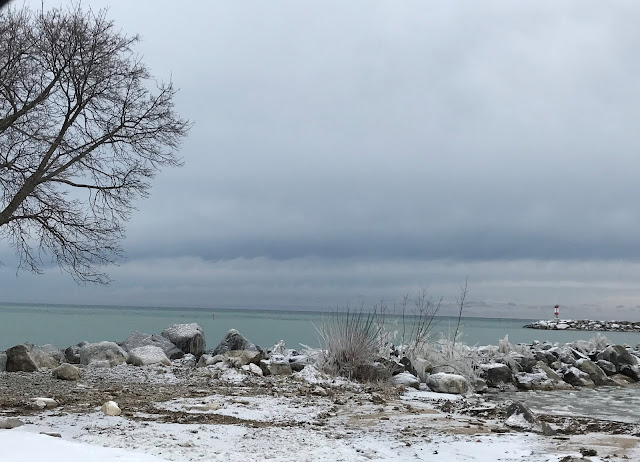 It was a dull gray day; you could hardly distinguish between the clouds and the water, and virtually no snow. 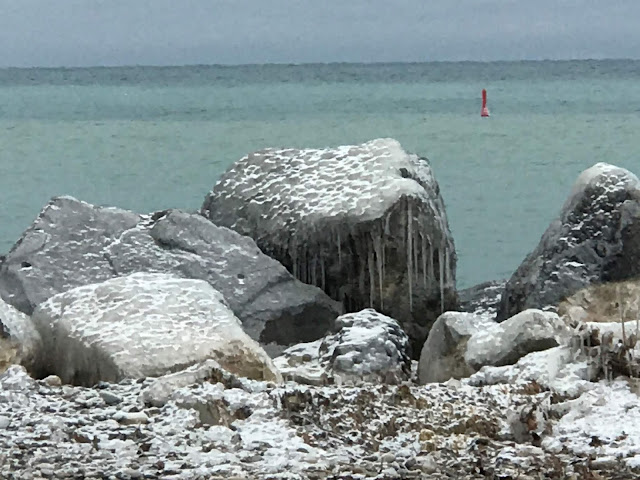 All the boulders at the water`s edge were iced over. 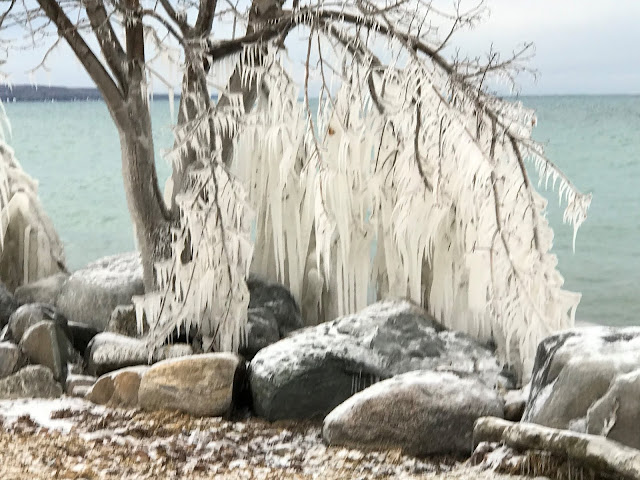 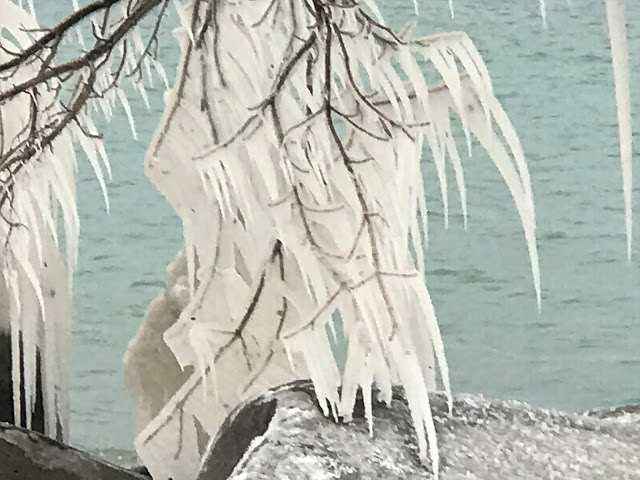 And there certainly were some interesting ice formations on the lower branches of trees. 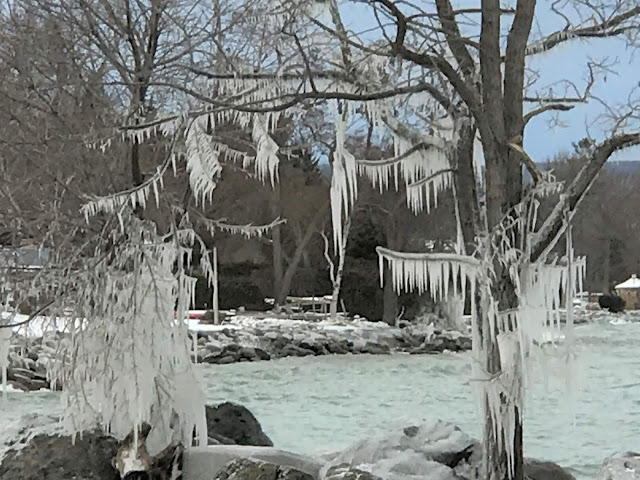 But nowhere near as dramatic ice as last year at this time. 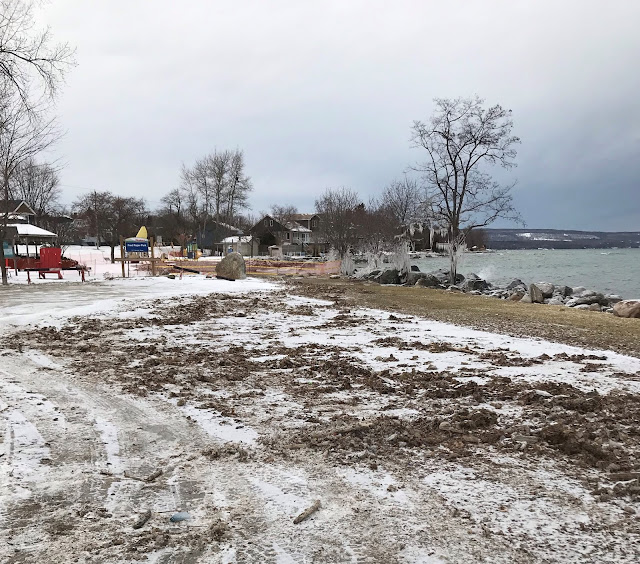 You get an idea of the ice damage in this picture.  Not too serious here; the worst damage was the Halloweèn storm, but gravel and small rocks all over the parking area, and the playground area in the distance fenced off entirely.  The street behind me has been closed several times due to high water.  Normally you can`t even get into this parking area because you`re blocked by a 3-4 foot high snowbank! 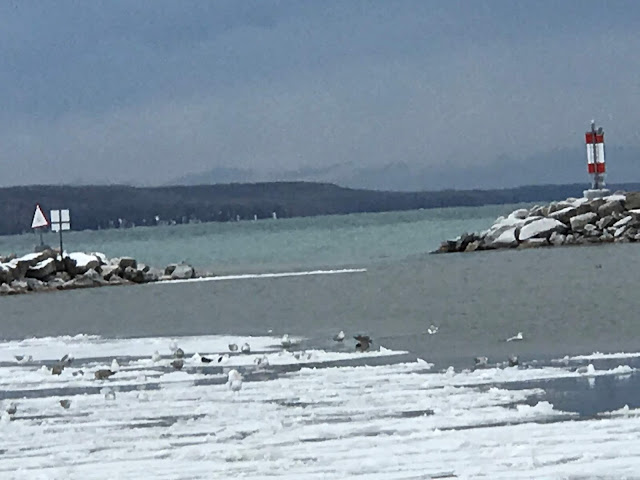 Meanwhile, over on the other side of the harbour, the gulls were lazily sitting on the ice floes.  Very little solid ice either in the harbour or along the shore so far this year.

Sorry about the slanted pictures above.  My new approach to editing with Lightroom not co-operating allows me to crop, but not to adjust the horizon.  I need to figure something else out or else be a great deal more careful taking pictures!
Posted by The Furry Gnome at 11:07 AM