The Ordinary Adventures of Life

The memories of trips I shared with you yesterday were highlights, but they only occupied about 14 weeks in total over the 500 weeks in the decade.  Most of life was occupied with things closer to home, often beautiful things, if not quite so exciting.  My life was hiking, paddling, photography and gardening (as the undergardener), and Mrs. F.G.'s life was quilting.  Looking back over the years since 2010 I'd say we've had a wonderful life! 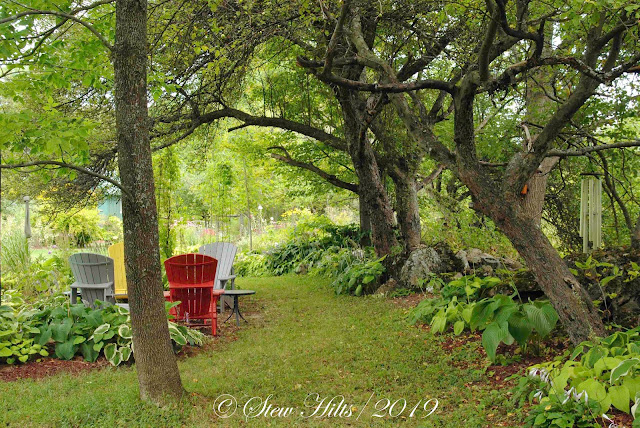 The first part of our garden was the enormous collection of hostas that I planted in the dappled shade all along our old stone fencerow.  Under those ancient apple trees this became my favourite place to sit. 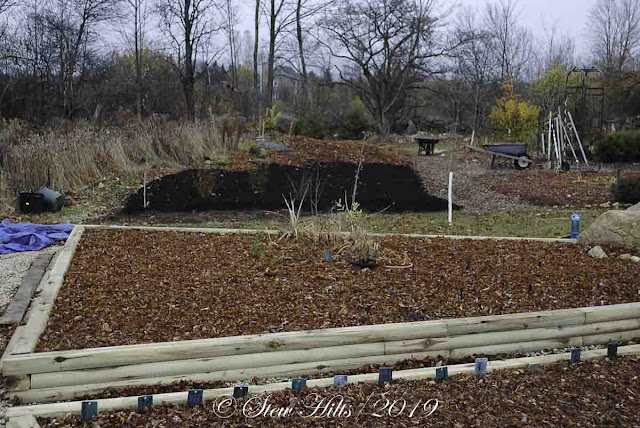 A couple of years later I started into creating a larger garden for flowers and veggies.  Raised beds with soil, compost, and manure brought in, all covered with a thick layer of mulched leaves.  I still can't believe that we started with this and ended up with a spectacular garden of colour!  And little did I know how much work I was creating for myself! 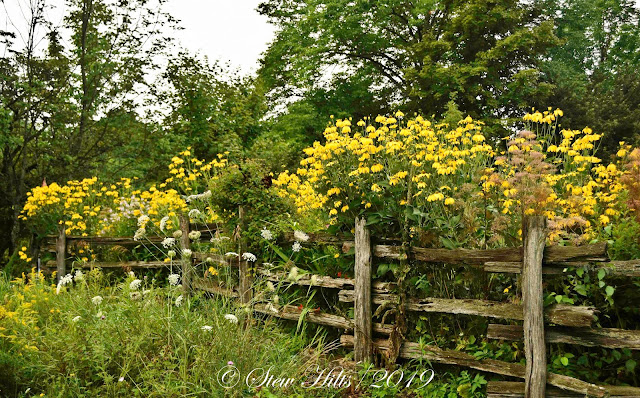 The daylilies and the huge coneflowers that turned everything a bright yellow in August. 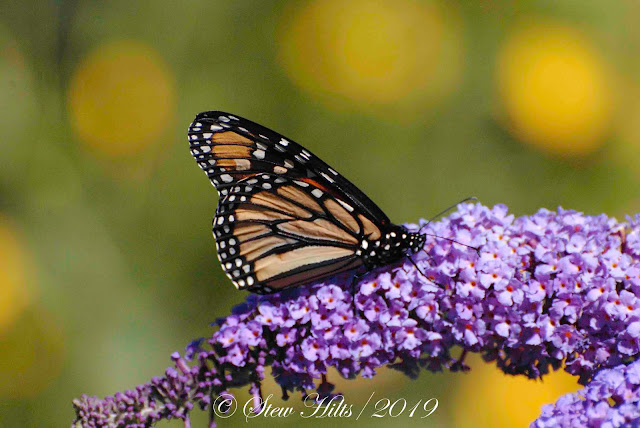 And lots of butterflies like this Monarch that visited. 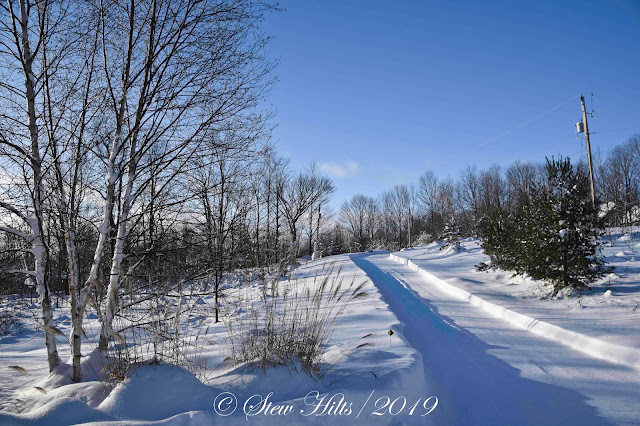 Mind you there was work to do as well, like snowblowing to keep our drive clear in the winter, but I loved the outdoor work! 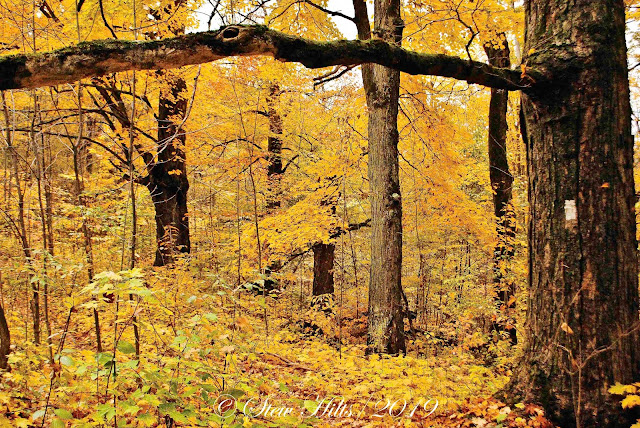 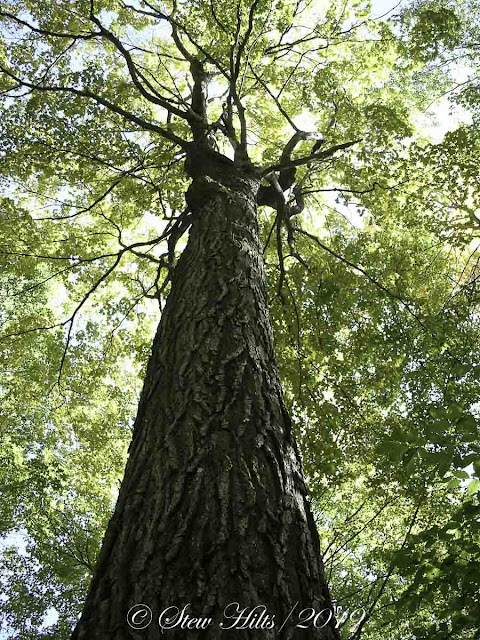 Then there was hiking, through miles and miles of trails.  I came to know which sections of the Bruce Trail which took me through the woods and past the most interesting trees..

And every now and then a nice paddle.  This is a friend wearing that bright orange hat, the only time I ever saw him wear it.  This is the hat he gave to me last spring, and now I wear it all the time in the summer. 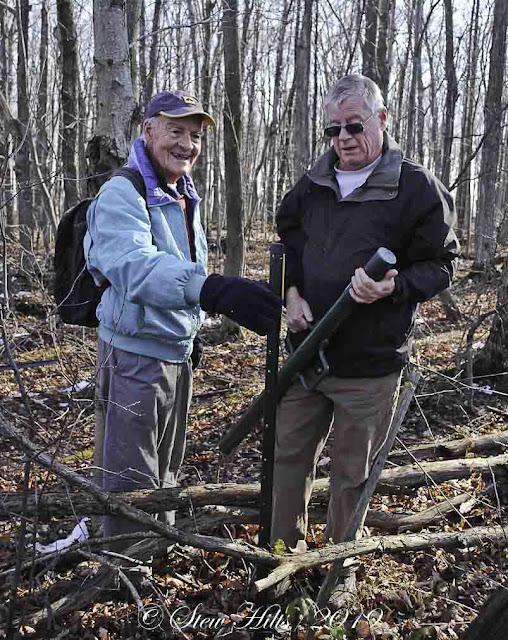 I quickly got interested enough, even before I retired, to volunteer with the local Bruce Trail Club, and became the Land Stewardship Director, in charge of managing about 40 (now 50) properties in the valley.  Here I'm working with other volunteers to pound in marker stakes to mark survey boundaries.  With most properties not simple squares, the work quickly involved a lot of staking 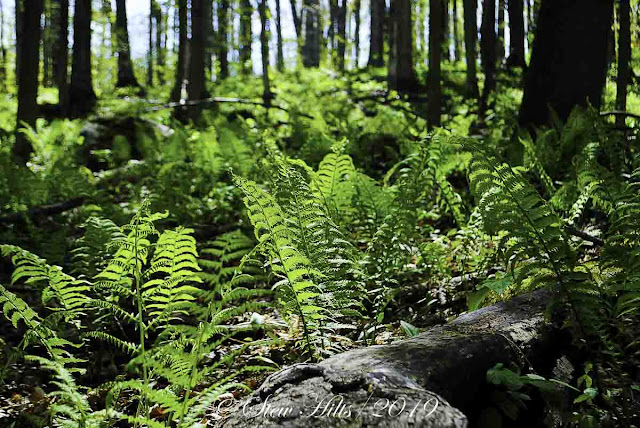 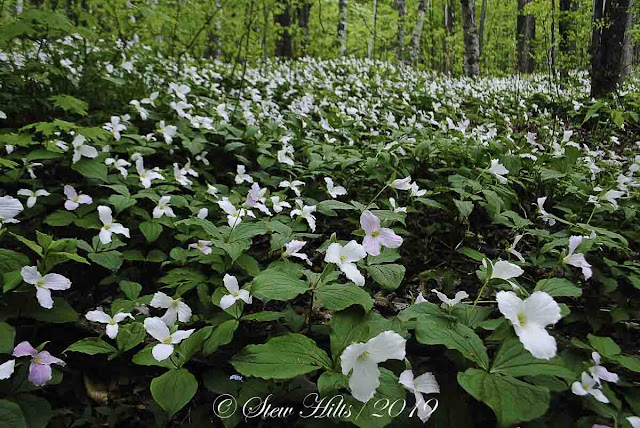 I also started leading 'slowpoke hikes' to look for spring wildflower.  These quickly grew into photography walks and we saw a lot of ferns and flowers during those glorious days of mid-May. 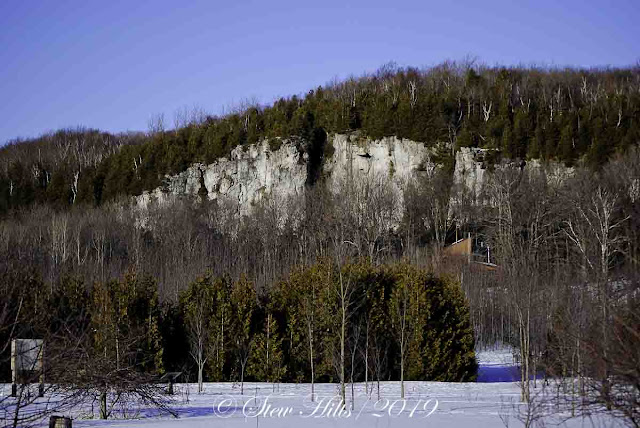 Personally I tried to learn more of the geology of the valley, and I think I have it sorted out in my own head now.  This is Metcalf Rock, the popular rock-climbing place. 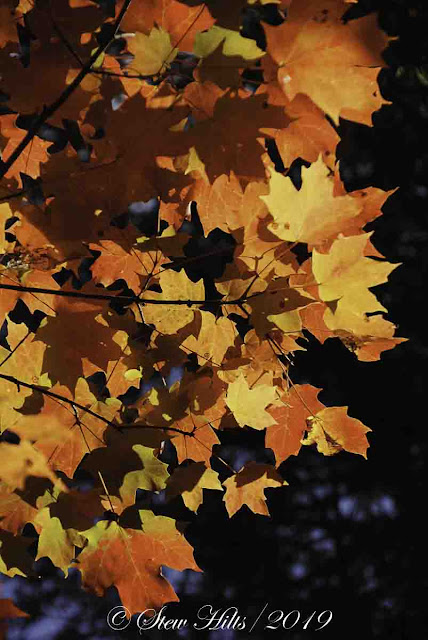 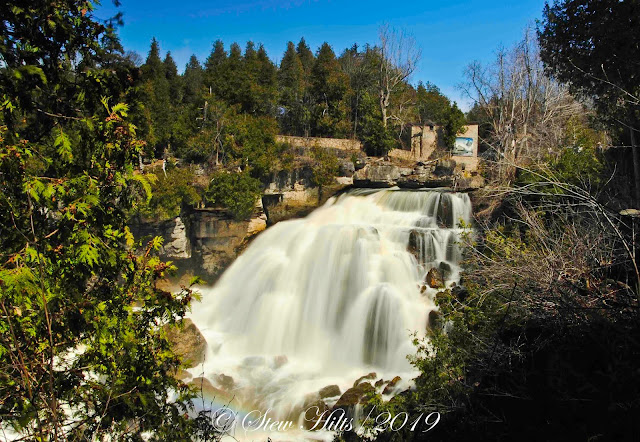 Then there was photography.  I spent a lot of time photographing fall colours and waterfalls, along the way learning to take those 'slow' pictures of the waterfalls. 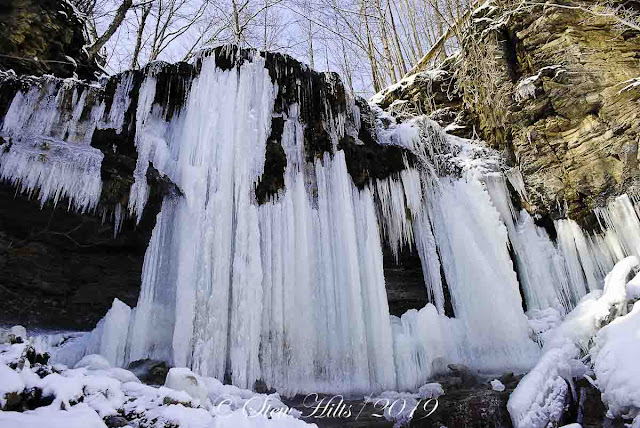 I think I have to mention the Stew Hilts Side Trail that ends at this beautiful waterfall too.  An honour that will still be here long after I'm gone. 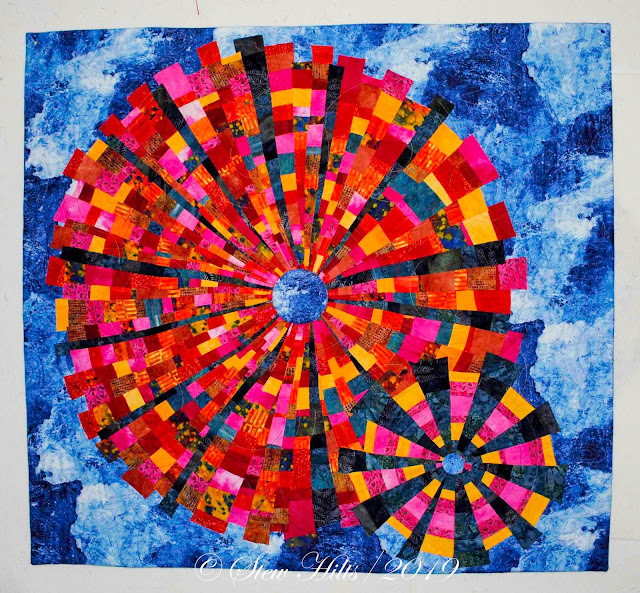 Not to leave Mrs. F.G. completely out of it, while I was out hiking and exploring, she was up in her sewing studio turning out masterpiece after masterpiece.  This is the Higgs boson, a particle proposed by theoretical physicists in 1964 and confirmed by astronomical observations in 2012, for which the physicists involved received the Nobel Prize.  It's sometimes known as the 'God particle', which has served to popularize the physics of the universe a little, but is derided by physicists as sensationalism.  I had no idea my wife was inspired by theoretical physics, but I think this is her most beautiful quilt.  Look it up and you'll see where she derived the design. 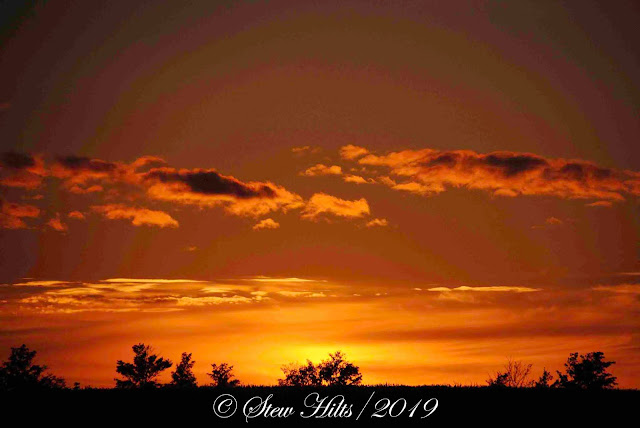 And I leave you with this sunset.  May your next decade be even better than this one was.