Views of the Valley

To pick up on my walk from yesterday, I turned left once I reached the cliff and headed south.  I was in search of a huge rockfall that appeared to be visible along the cliff from down below, as well as an outcropping where a bright white birch tree grew, and it seemed you would get great views of the valley. 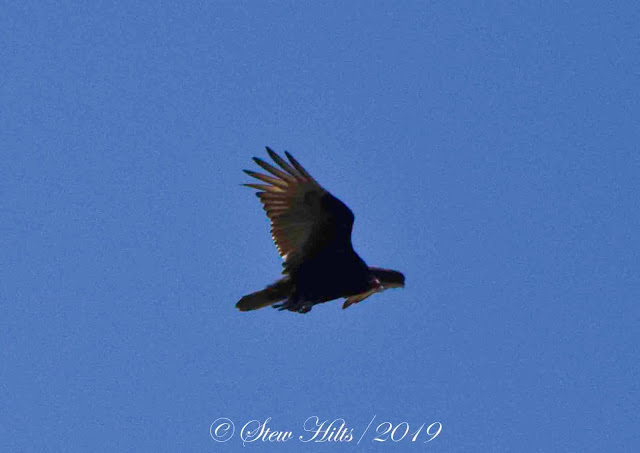 The turkey vultures were soaring back and forth in front of the cliff as I walked, sometimes sailing past below me! 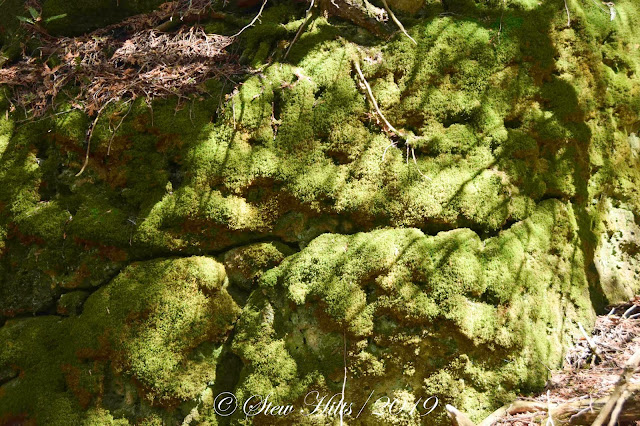 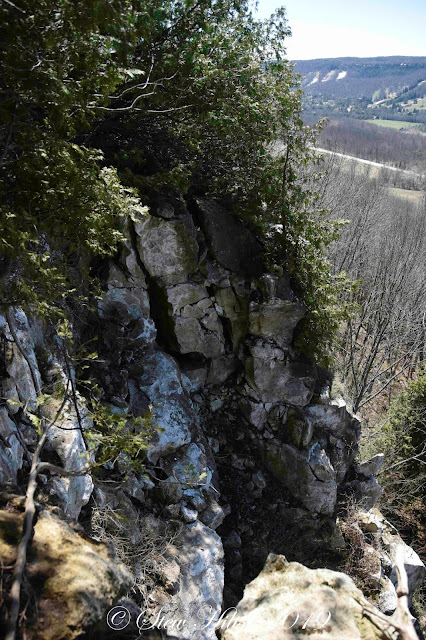 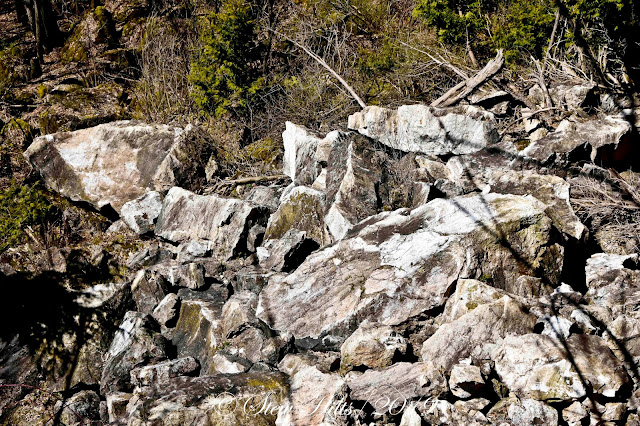 I quickly came upon the rockfall, a large slice of the cliff front crashing to the slope below.  This is the only large rockfall that I know of along the Niagara Escarpment, though I know of several smaller ones.  I wonder how long it will take til these boulders are weathered and covered in trees, moss and ferns? 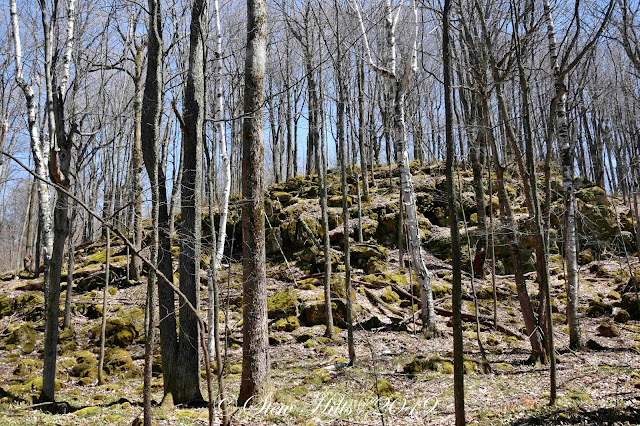 It's certainly a very rocky landscape inland from the cliff. 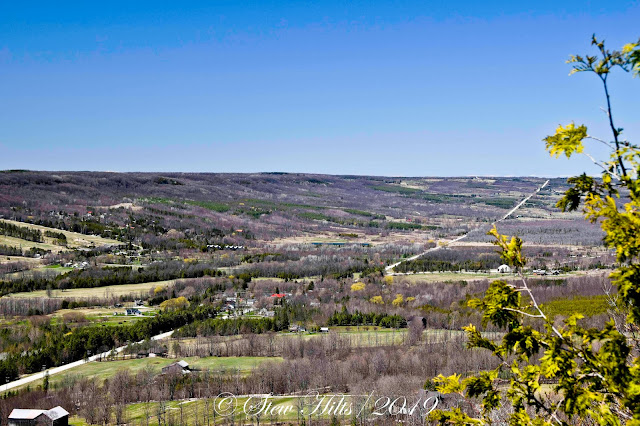 With a little more walking I came out to the point where you could get terrific views of the valley both north and south.  Looking north here you can see the village of Kimberley in the bottom of the valley (there's one tell-tale red roof) and the long line of Grey Road 7 running north. 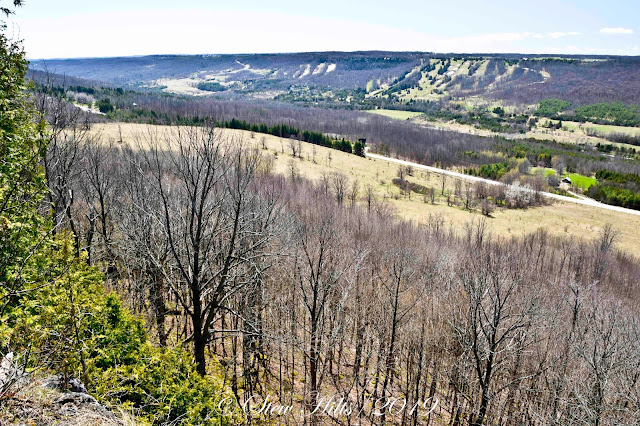 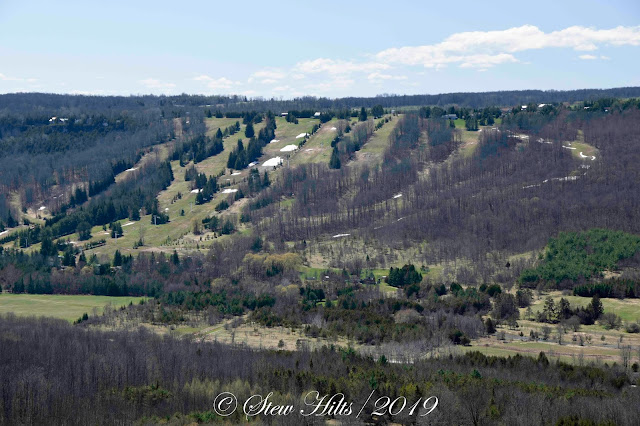 Looking south you get a great view of Beaver Valley Ski Club, just a few patches of snow remaining on May 2nd from the season's skiing. 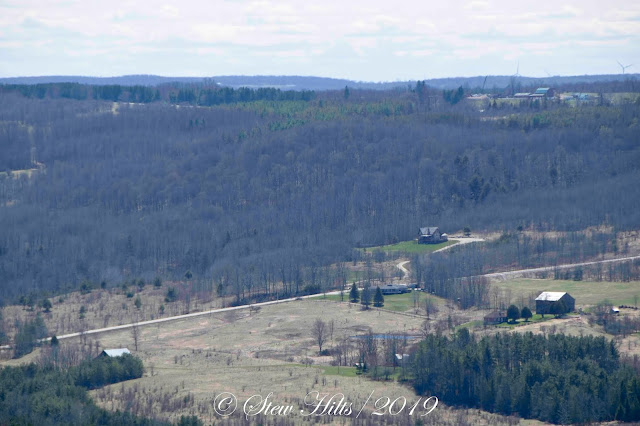 I was astonished with this closer look to see the windmills on the upper right horizon, which I didn't notice until I had the picture on my computer screen.  I had to check, but they're at least 25 km. away.  Patsy and Bill might recognize one of them!

Looking straight west this picture captures the are known as Kimberley Forest where trails are now being labelled to allow for a range of walking options - without getting lost.  The darker green area of planted conifers outline where fields were once cleared for pasture. 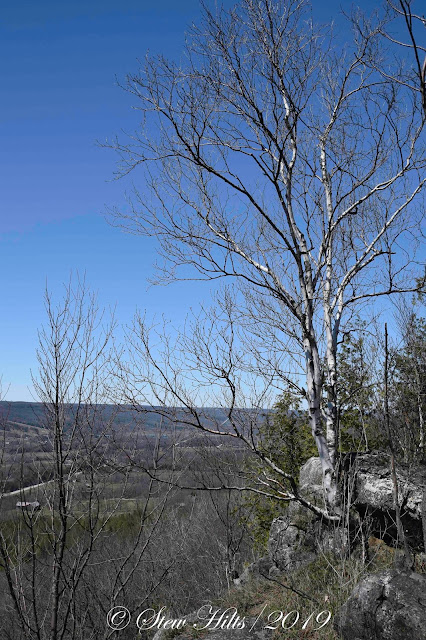 And here's that White Birch tree that I mentioned, the one that you can see so clearly looking up from the highway below.  Tomorrow - finding my way back through the woods.