After driving down past all those barns we stopped in Flesherton to pick up two sandwiches at the Pita Pit and headed over to Lake Eugenia to enjoy lunch.  We drove across the causeway, turned around and parked partway across to see what we could see.  We couldn't see much other than a frozen lake! 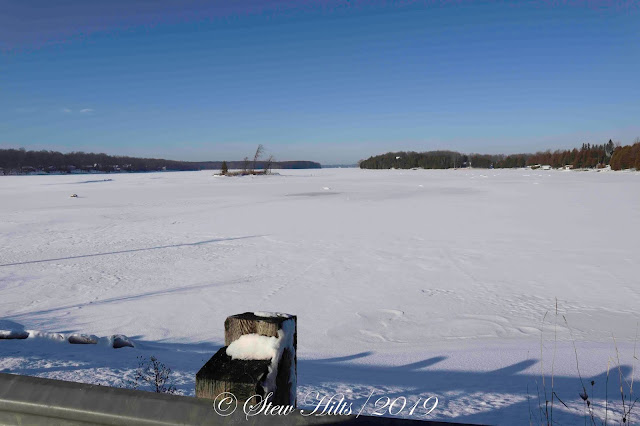 Lake Eugenia is an artificial lake created in 1914 when Ontario built the generating plant here in the valley.  It's a small generating plant but does have the highest drop of any hydro facility east of the Rockies.

As you can see, today the lake is almost entirely surrounded with cottages except for a small public access in the village.

Upstream of the causeway they didn't do a very complete job of clearing the stumps, which show up when they draw down the  lake in late fall to allow for the influx of spring floodwaters in April 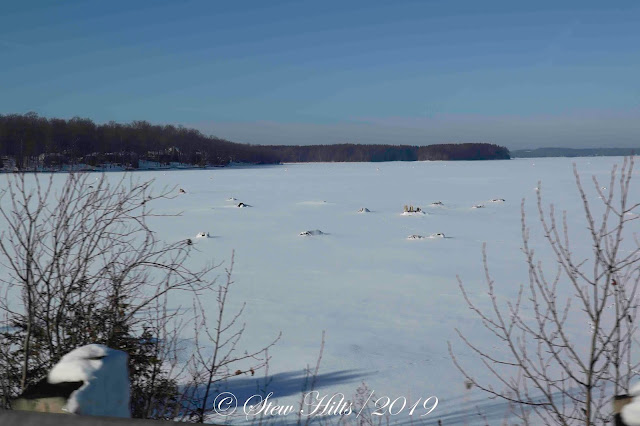 At this time of year there were only a few stumps and this tiny island showing downstream of the causeway.  The lake was created by damming the Beaver River just above Eugenia Falls and depending on weather conditions you can still see the course of the old river through the lake at this low water level.  The darker patch of slush in the right foreground was the only spot showing that day. 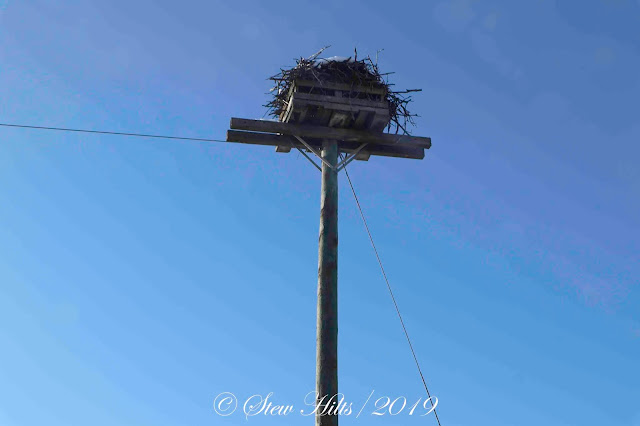 There's an Osprey nest on the causeway, on a platform built for the purpose.  Their arrival back will be a sure sign of spring, but they do need open water for fishing.

In March the lake will look quite different!  This is March 2016, lots of swans, geese and ducks stopping for a rest on their way north as the ice starts to melt. 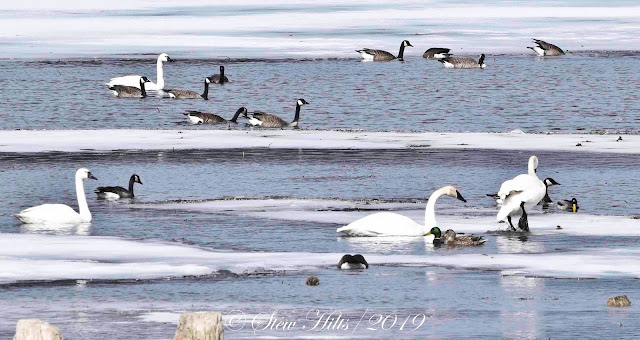 Canada Geese seem to be everywhere, and a number of Tundra Swans were scattered among the geese and stumps.  Unlike Mute Swans which have orange beaks, Tundra Swans have black beaks, usually with a little yellow patch just below the eye.  Only a couple of months to go and they'll be back! 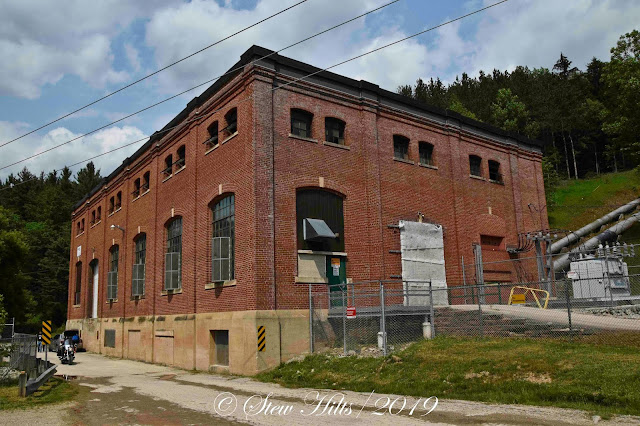 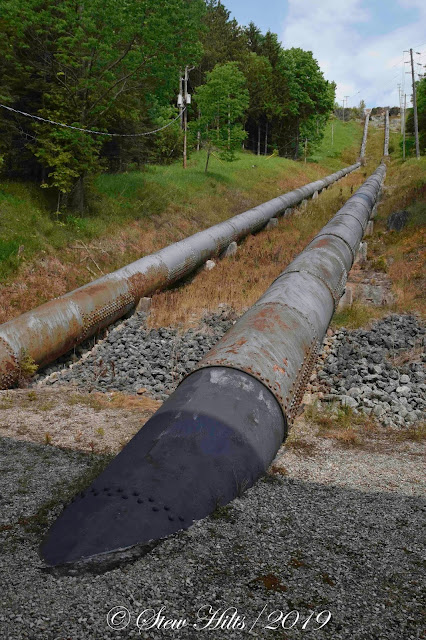 For those interested, the hydro generating station is still running, with the water plunging over the Niagara Escarpment in the upper Beaver Valley in two large steel pipes.  I remember when the pipes were wooden and just on the surface rather than buried.  You could see leaks spraying out, in the winter creating giant mounds of ice. 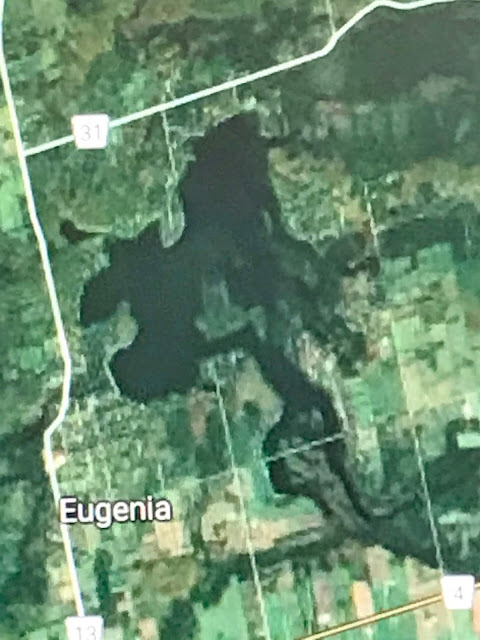 And this is Lake Eugenia, it's rambling shape defined by the river and stream valleys that were flooded.  The village is on the left and you can see the causeway running left to right in the lower centre.

To answer some of the comments on yesterday's post, my new camera is a Canon  EOS M50, only about half the size and weight of the big old Nikon I was used to.  It doesn't do well on close-ups or telephotos, but I take a lot of general landscape shots, and it seems to work well for those.  It has good enough resolution that I can crop much further than anything on my iphone which loses resolution almost immediately with cropping.  I am doing all kinds of exercises to build up my upper body strength so I hope to be be back to using my larger Nikons in the summer.  But this one seems good for the usual drives we take when of course I'm just the passenger and I'm shooting one-handed out the window.