Our mild spell is continuing, lulling us into a false sense that it may be an easy winter.  I might even get out for a ride!  But every now and then I think back to the snow of late 2017 and early 2018, two years ago now.  It snowed and snowed and snowed.  We were buried in the white stuff. 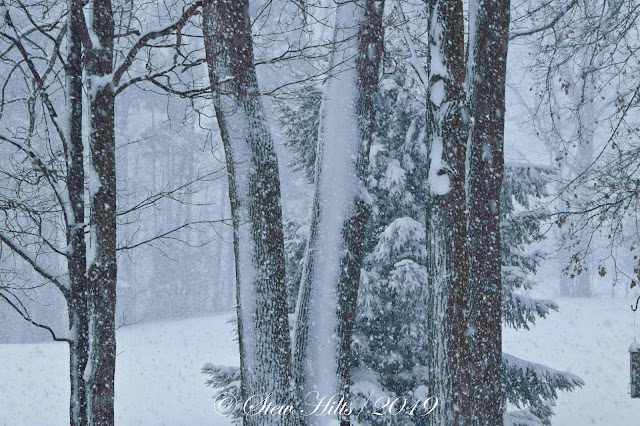 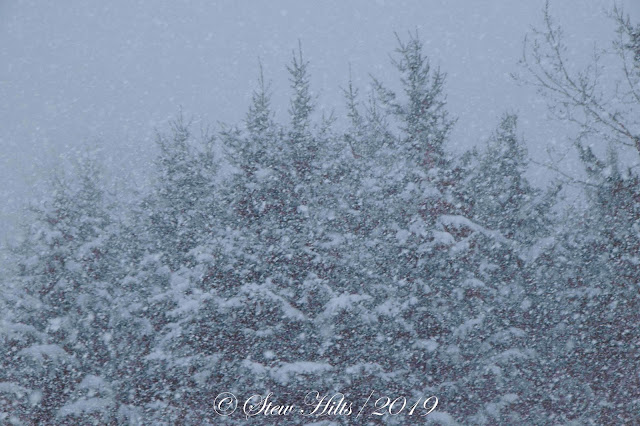 For about 3 days it seemed the snow kept falling, in those big fluffy white flakes that pile up fast. 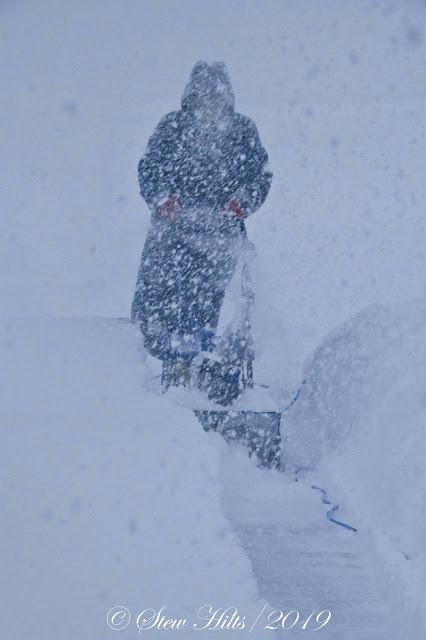 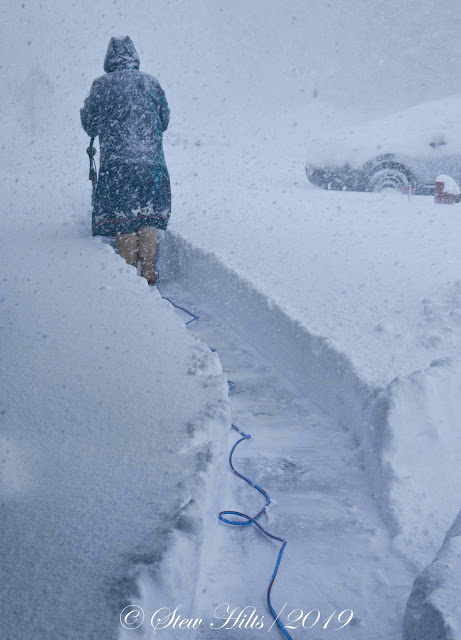 I had had the preliminary surgery preceding my big operation, so I couldn't help much.  Mrs. F.G. bravely put on her Yukon parka and went out to tackle the driveway with our little electric snowblower.  It would have taken hours. 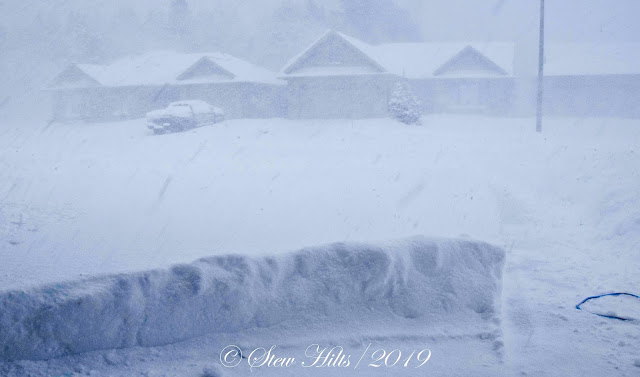 We quickly learned what great neighbours we had when one arrived with his big snowblower and had it all cleared in no time.  We had only moved in two months before.  The snow was about 18" deep, and we realized we'd need to hire a snowblowing service - which we promptly did! 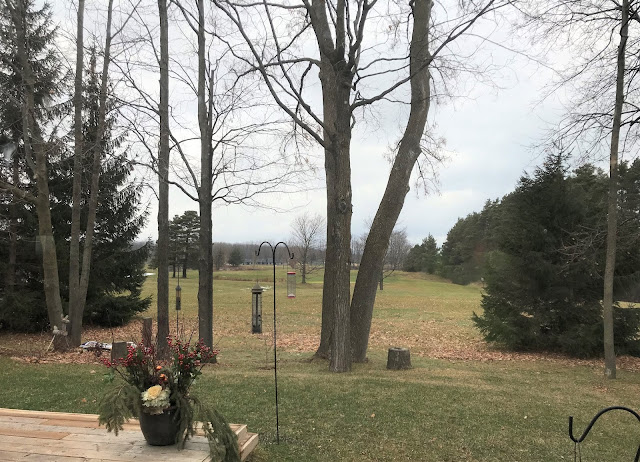 This is today's 'winter' view in comparison!