Hunting for the Homestead

Two or three decades ago, when I had first walked this property with Peter, he had mentioned that he had never been able to find any evidence of an old homestead.  I took a look around and thought about it.  Then I spotted a clump of tall Silver Poplar; we headed that direction, though on May 2nd these pictures are rather nondescript. 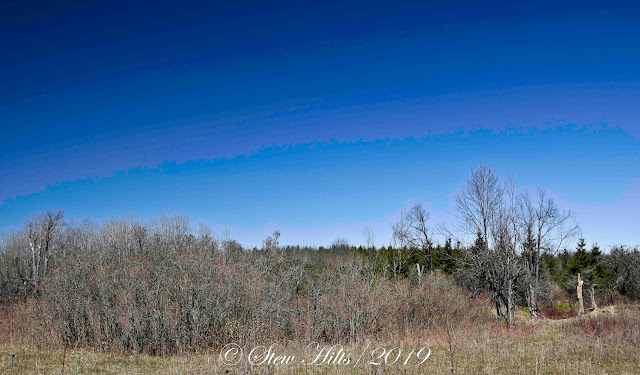 We headed over to this clump of trees and shrubs under brilliant blue skies.  I was just thinking we might find something. 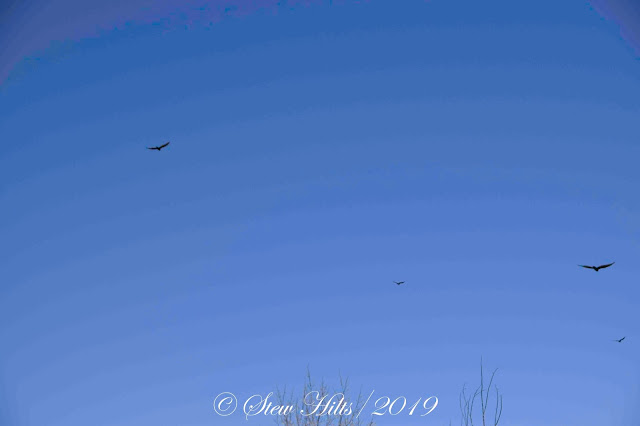 The Turkey Vultures were soaring overhead . 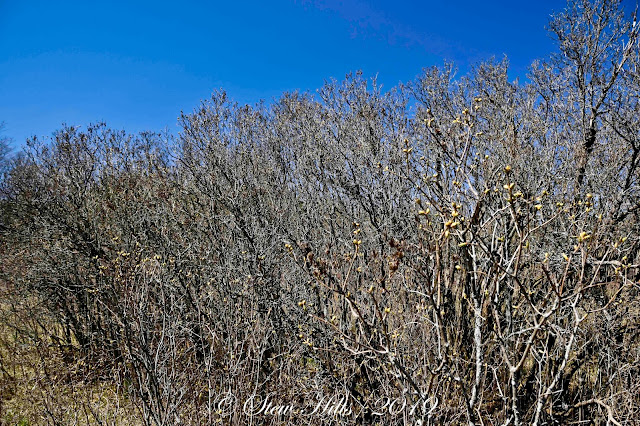 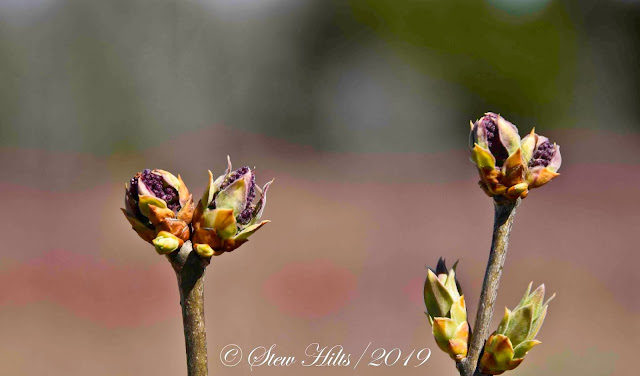 Take a close look at the first bunch of shrubs we came to - these are Lilacs, just about to burst their buds.  How would a clump of Lilacs get here in the midst of an old overgrown field? 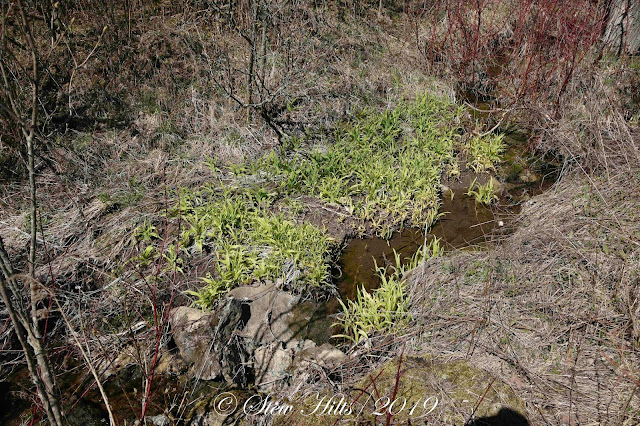 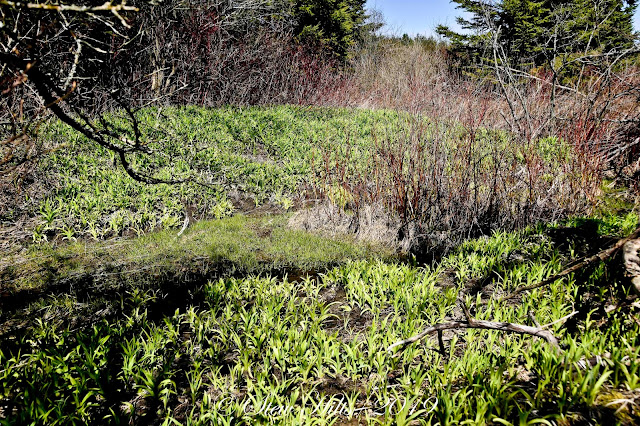 They were clustered around a tiny stream that disappeared into a small sinkhole at their feet, and spreading out on both sides of that stream was a large patch of bright green leaves.  Yes, these are Day Lilies, just poking out of the ground. 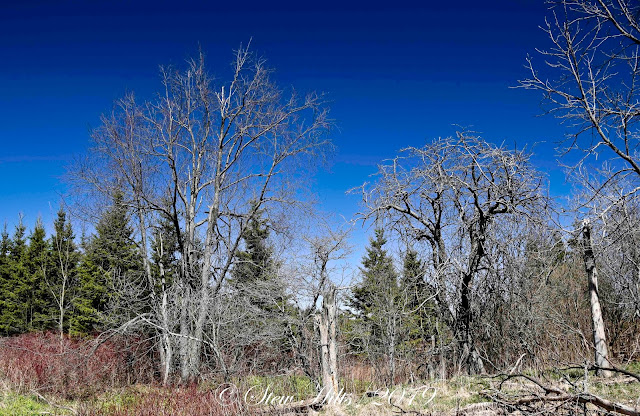 We went over to take a closer look at the clump of Silver Poplar.  The light had turned on in my brain that these might all be associated with that pioneer homestead we were hunting for. 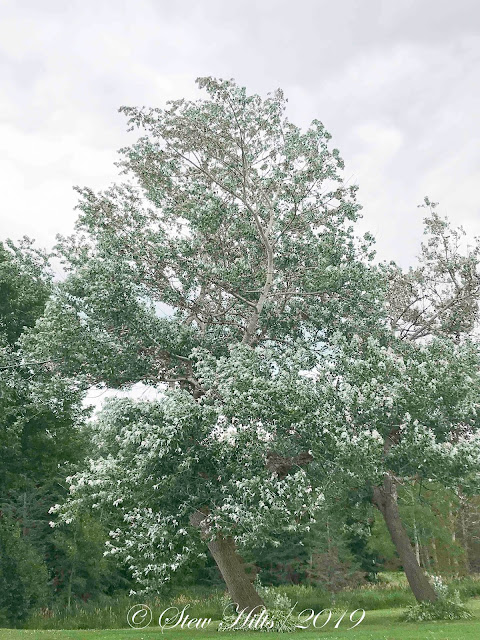 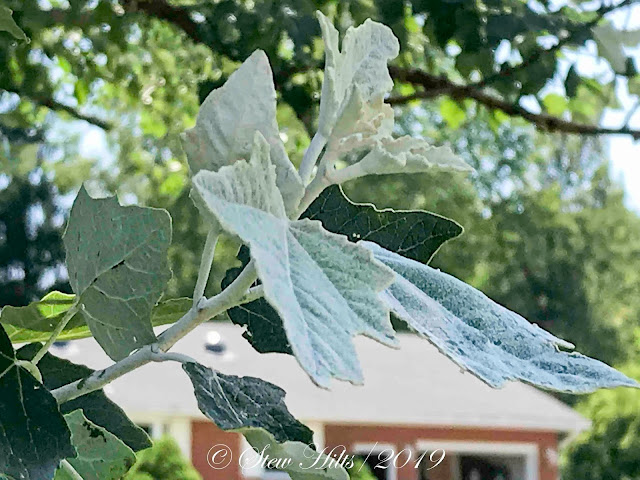 Silver Poplar, not a native species, are easy to recognize, even from a distance because their foliage is almost white, especially on the back of the leaves.  This one is around the block from where we live.  They (along with Day Lilies and Lilacs) were often brought from home and planted to remind pioneers of their connections, usually to England, Ireland or Scotland in the mid 1800s. 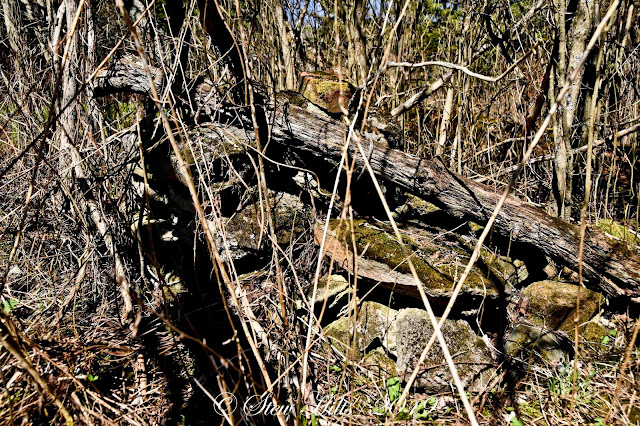 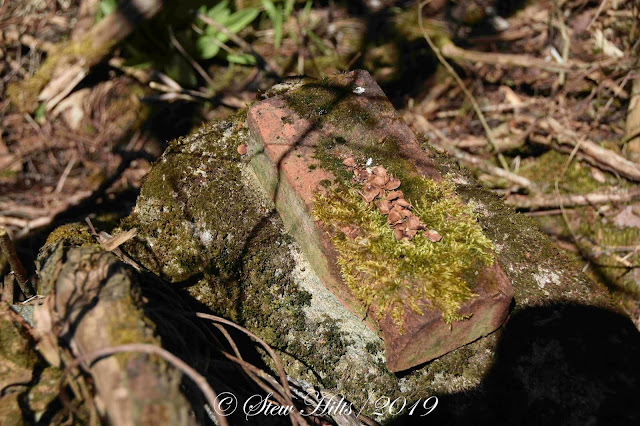 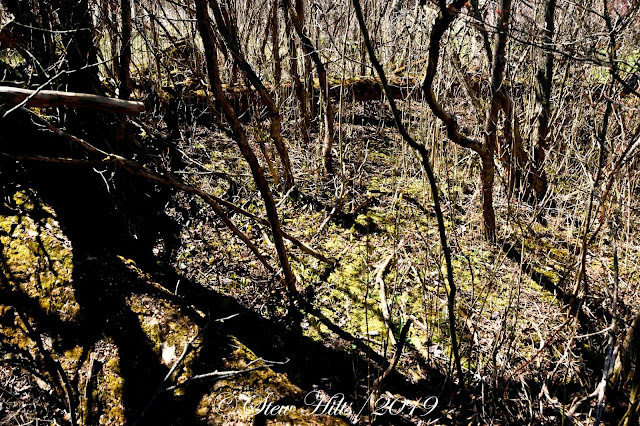 Sure enough.  We snooped through the underbrush and soon found what looked like the corner of an old foundation, a moss-covered old brick, and the outline of what must have been a small rectangular log cabin.  Mystery solved - and Peter was very impressed with my detective work! 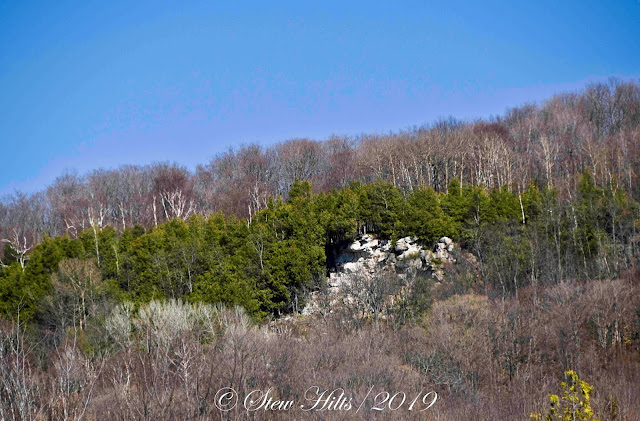 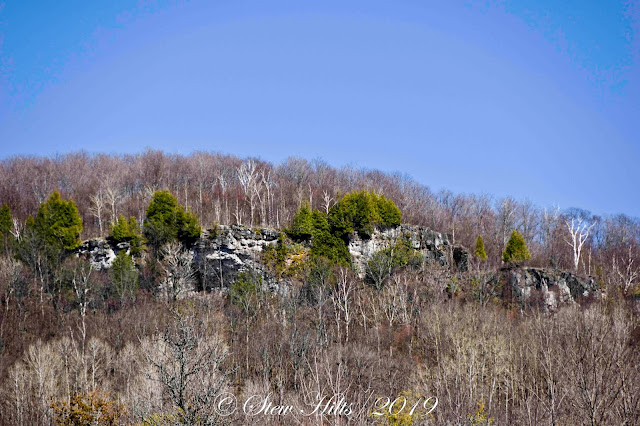 As I headed home I stopped down in the valley to get a couple of more pictures, first of the big rockfall, and second of the open cliff with the White Birch and those great views of the valley.  Hope you've enjoyed my reminiscing on this hike from early May, 2016.