The second waterfall I went to check out on Friday was Hogg's Falls.  It's easy to access and nearby, and it was ROARING!  Not quite the same contrast as at Eugenia Falls, which is usually such a small trickle, because Hogg's Falls always looks good.  But Friday after the heavy rain it had more water than I've ever seen! 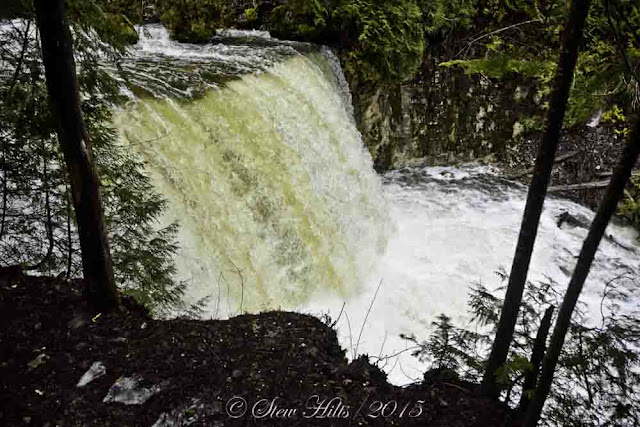 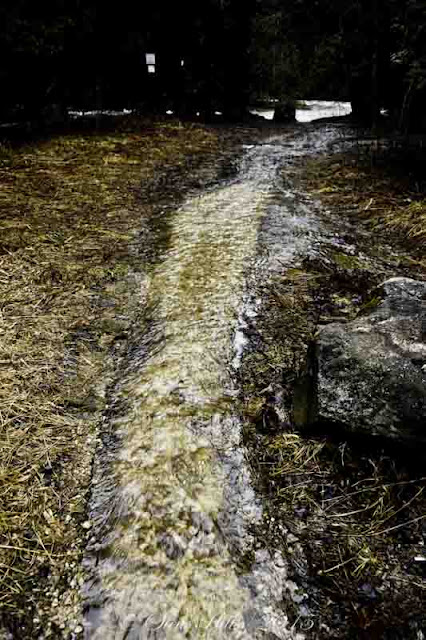 There was water everywhere!  Even the Bruce Trail from the parking lot to the falls was a running stream. 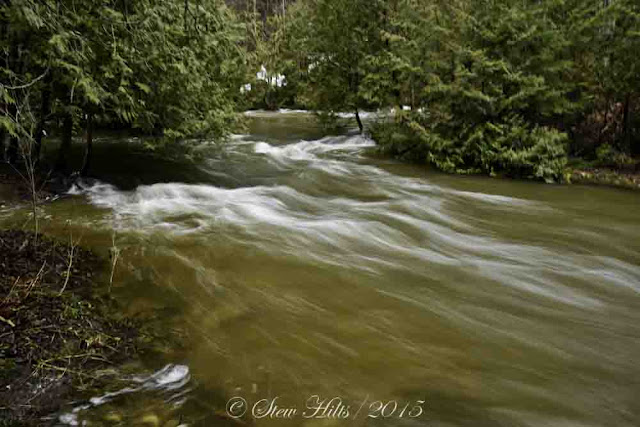 The river was higher, wider and faster than normal as you head down the trail. 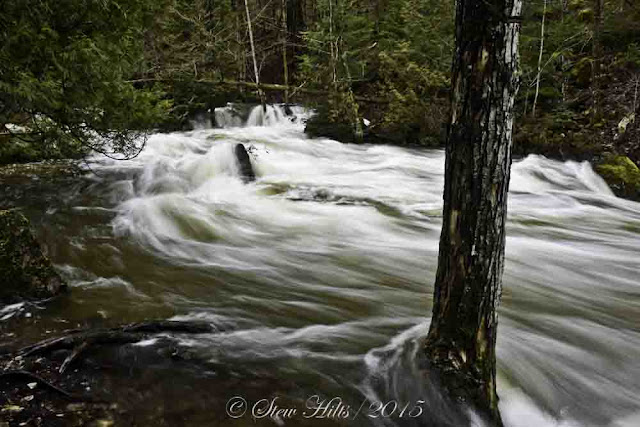 By the time you're just above the falls, the roar is deafening. 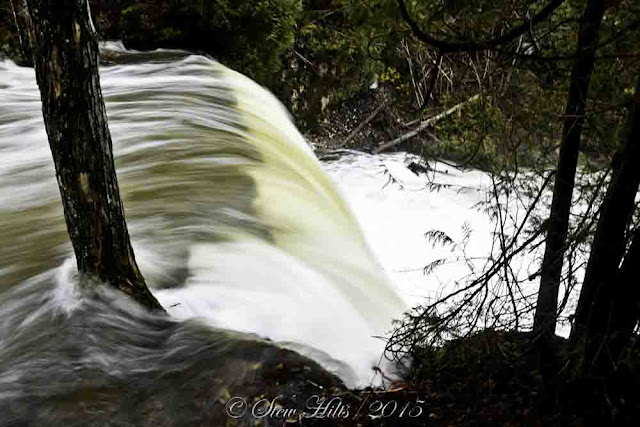 And over it goes!  I've sometimes been able to stand out on the limestone past that tree to take pictures - not today! 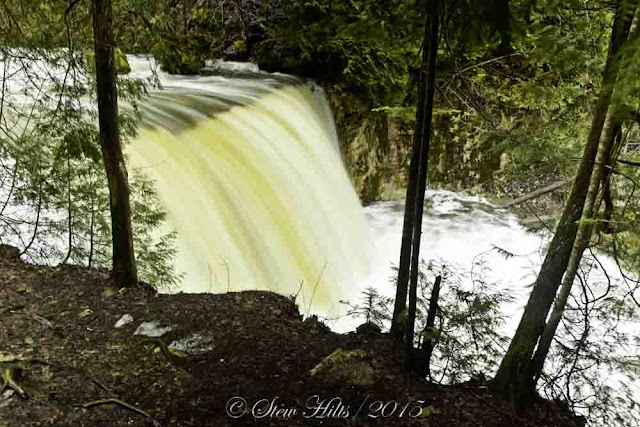 Just a huge loud version of Hogg's Falls.  With the bright white foam below, and the dark trees, it's quite a challenge to handle the contrast in these pictures. 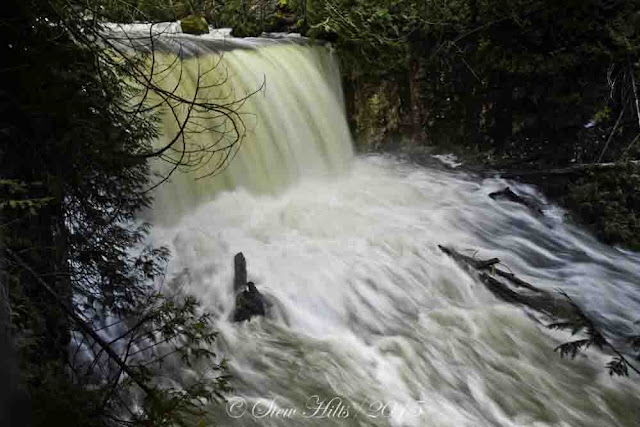 I certainly wasn't about to climb down to get a picture from below (which you can do quite easily in the summer), but I did creep down a little further carefully to capture another view. 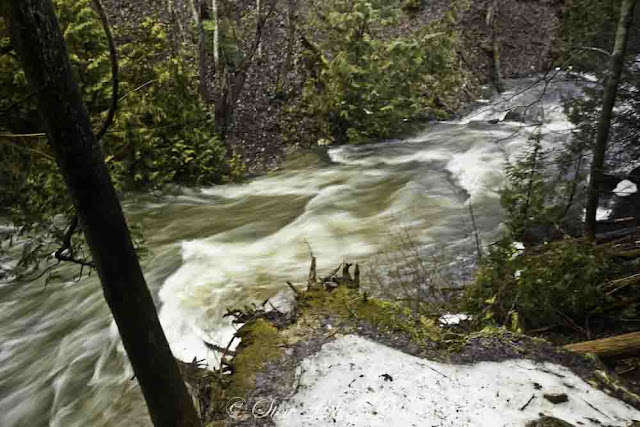 The water was filling the gorge below as it headed down the valley.

Here's a short video to impress you with the noise!

And here we're back to winter.  I was going to share a nice picture of our tiny bright blue Iris which were blooming brightly yesterday, but when I went out with the camera this morning, they had been done in by the overnight snow.  It's snowing now, and there are 10-15 cm (4-6") forecast overnight.  Even as a lover of winter, I'm ready for this to be over!