You were probably expecting this, and you know by now that I like different styles of waterfall pictures.  So here's another set of photos of Keefer Falls, all taken on a tripod, at a speed of 1/8 sec. down to 1/2 sec., using a neutral density filter to reduce the light on this bright day. 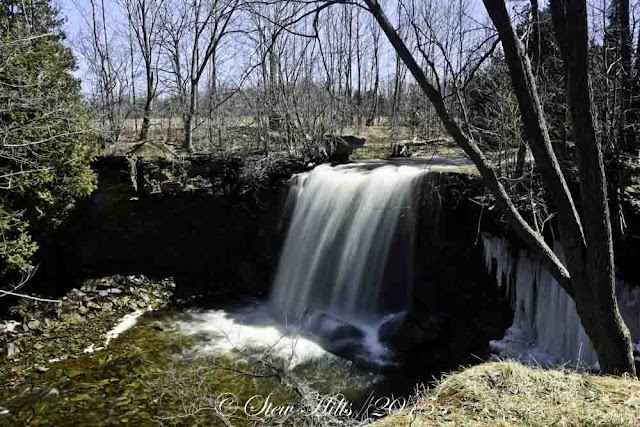 I just noticed tonight on the computer, the ice curtain hanging down under the overhanging rock on the right.  I obviously wasn't very observant while out there! 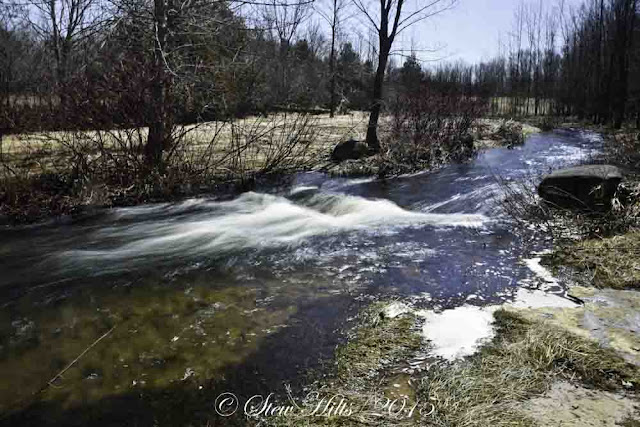 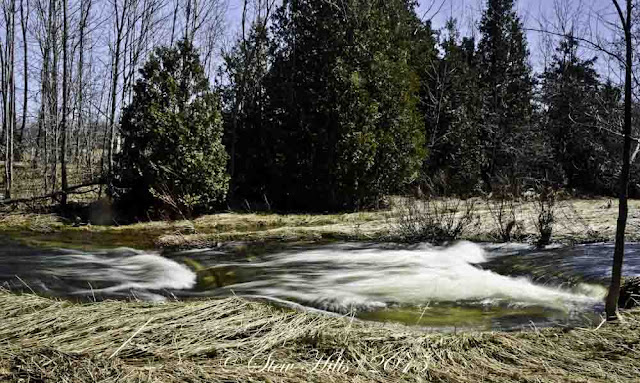 I thought this stream was very photogenic, but I'm finding it's a lot trickier to capture good shots of a stream than of a waterfalls itself. 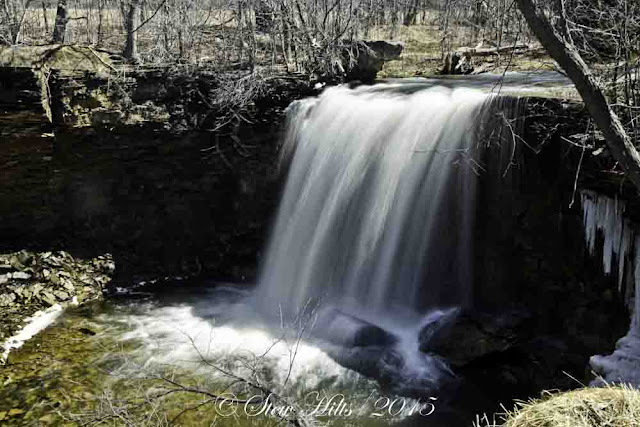 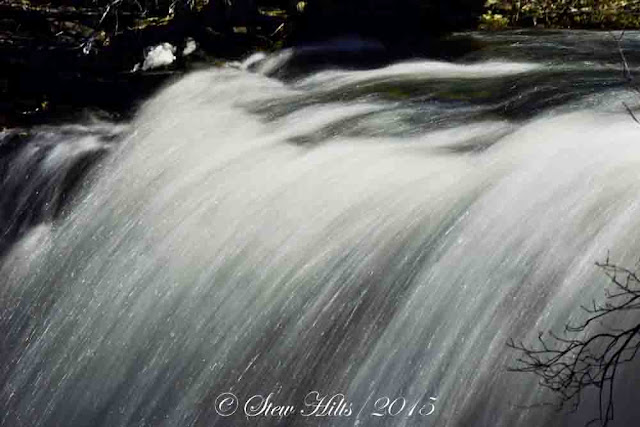 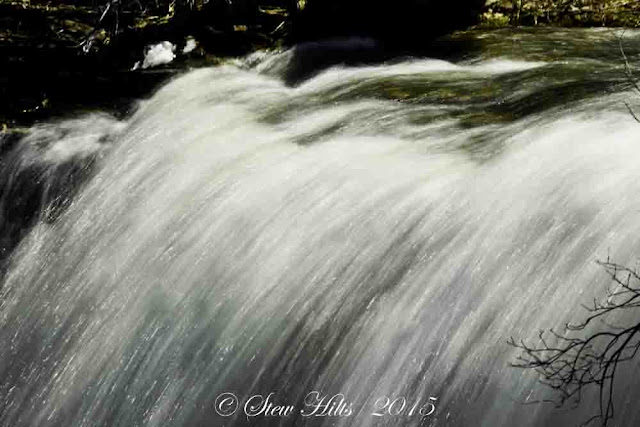 As usual, playing around both with pictures and editing to see what happens - the first a 1/4 sec. exposure, and the second 1/8 sec. 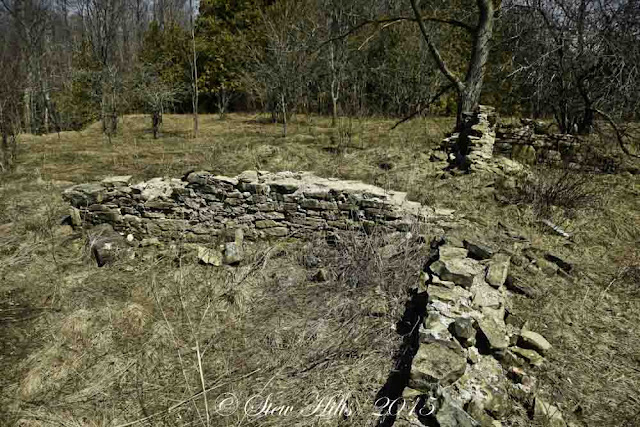 There was another old foundation 100 yards away in the overgrown field - a house perhaps, to go with the mill?

Ok, I promise no more waterfall pictures for awhile, at least a day or two!  I've got hikes, flowers, perhaps even a bird or two, and a paddle to share.  Although I do still have a lot of smaller waterfall pictures you haven't seen....