It was Earth Day here on Thursday, and I went to the Earth Day Film Festival to support the local Conservation Foundation.  The featured film was the story of four young people hiking the John Muir Trail in California.  Running 215 miles through the Sierra Nevadas in California, it has been described as the 'premier hiking trail in the United States'.

What it made me think of is the importance of seeking those outdoor adventures and challenges in your life. 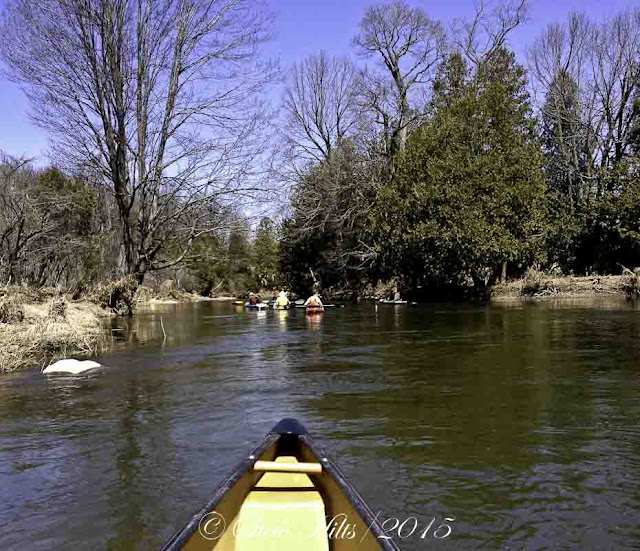 These pictures are just from our little paddling adventure nearly two weeks ago, when I floated down the Bighead River with a group who've been doing this for years. 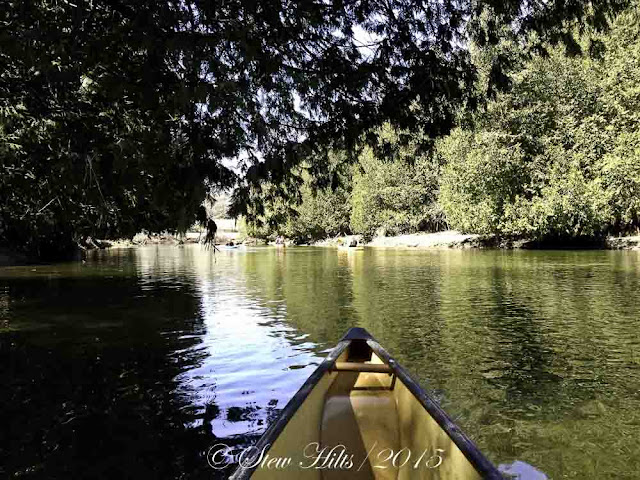 I was a guest and didn't know many of the group, so I was content to stay near the back and let the others lead the way, especially when we came to the short rapids. 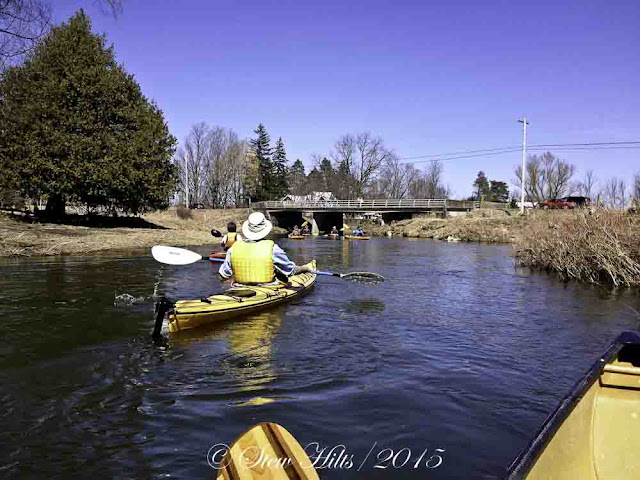 I took my little canoe, which you sit in like a kayak, and paddle with a kayak paddle - you can see the tip of my paddle here. 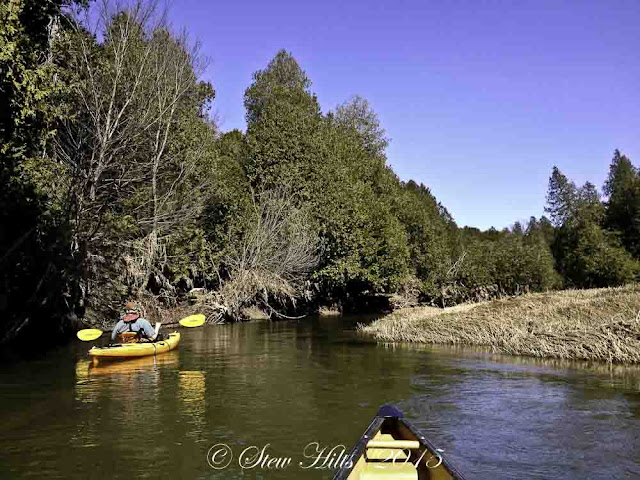 It's not a very exciting river, and a pretty easy paddle, but it was certainly fun, and as it was new to me, it was an adventure, since I didn't know what would appear around each bend. 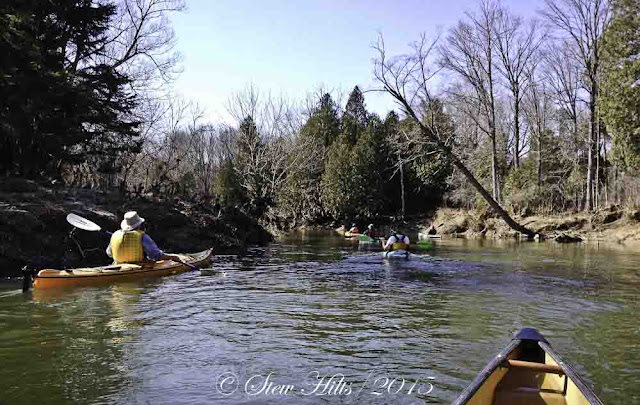 I had never really taken this small canoe through any rapids to speak of, so I was really glad to find I had no trouble with the 5 or 6 rapids we encountered - all just straight class 1 swifts, but never-the-less exciting!

The film portrayed the hike in the Sierras as quite a serious adventure!  It was 25 days of steady walking, up and down some pretty long and steep slopes, including some that were above the snowpack.  An adventure they'll remember the rest of their lives!

It was those sorts of adventures that came to mind while watching it.  I simply felt grateful that we have taken the plunge and had some good adventures, and faced some challenges, in our own lives. Our son William's death last year fighing a forest fire undoubtedly makes this more poignant for me, but I know I'll be able to get to the end of life and be secretly pleased that we haven't held back.  And there are plenty of adventures yet to come; we have more time now.

There were the cross-country camping trips when our children were young.  I think we saw at least 18 national parks from the Atlantic to the Pacific, as well as the Yukon and Alaska.  I phoned up a friend and asked if I could join him when I was about to turn 50, and there followed 9 major canoe trips on northern rivers, as far away as the Arctic.  Mrs. F.G. and I have travelled in Europe several times, and next year we're planning to revisit at least 10 Canadian National Parks again for our country's 150th Anniversary.  Even my own local intention to finish hiking the Bruce Trail here in the Beaver Valley this summer is a significant challenge for this summer.

So I came away from the film both glad I've had great adventures, and thinking about more.  And my advice to anyone is to get out there and enjoy life yourself as much as you can.  It's amazing how the thoughts of work, daily life and the mundane parts of our time here fade into oblivion, but the memories of those adventures still come vividly to mind!  They are what makes life worthwhile.