After between 3 and 4" of rain in two big storms this week, there's water everywhere, ditches full, a bridge or two washed out, a few houses flooded, and the rivers running like crazy.  I've been out capturing pictures, and of course where do I go - waterfalls! 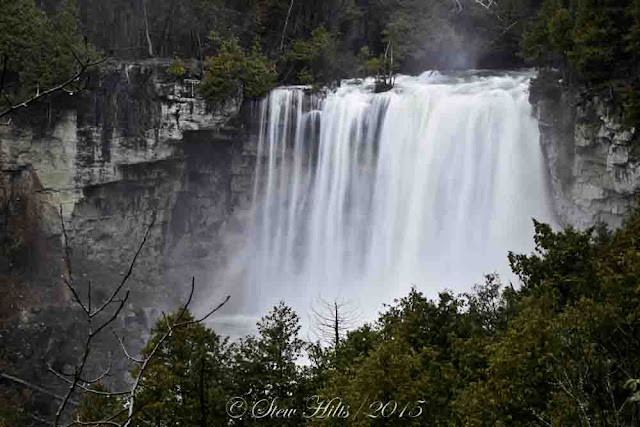 Eugenia Falls was roaring like Niagara today; I heard it as soon as I opened the car door.  The rain has flooded the lake, threatening cottage homes, so the opened the gates on the dam.  The result is a torrent of water like before 1914 when the dam was first built! 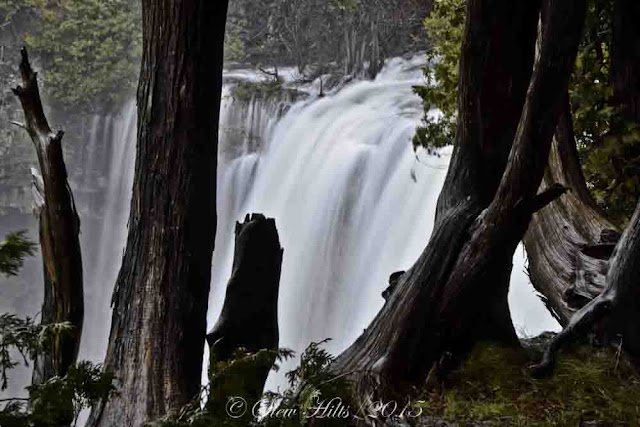 The first viewpoint itself was actually flooded which left me shooting through the trees on the edge of the cliff.  The roar was just immense.  Local readers will appreciate how unusual this is. 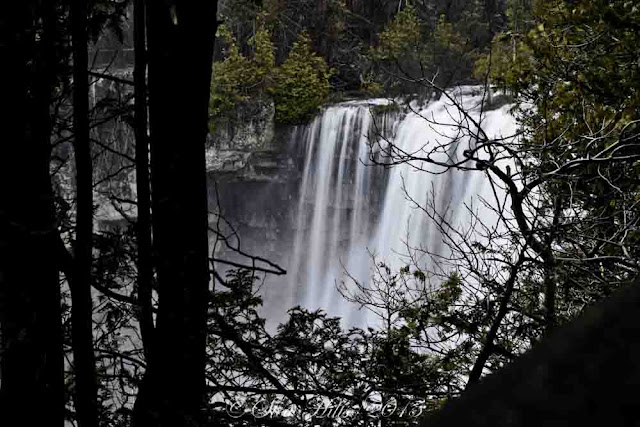 I got a few pictures through the trees before walking to the second viewpoint, where I usually take photos of this falls. 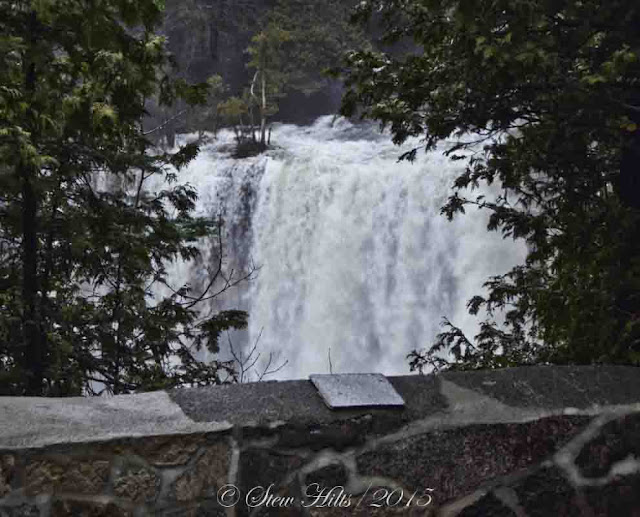 But this viewpoint was flooded too.  |I did my best with this one, but had to sneak around to get the views below. 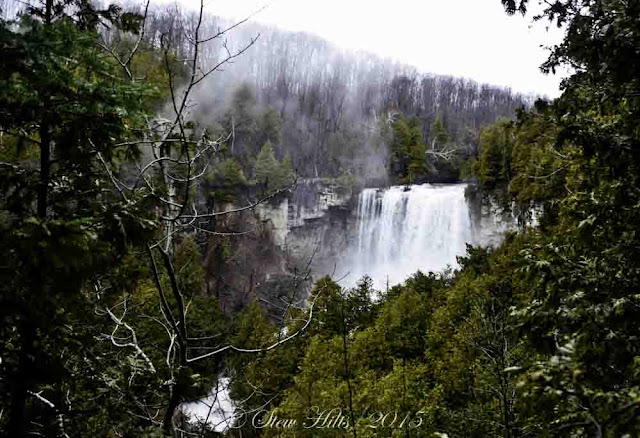 Never in all my years of coming here have I ever seen this much water and mist, and heard so much noise! 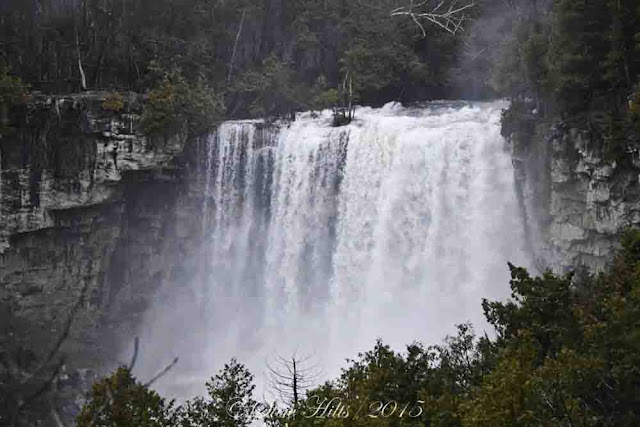 This must have been what it was like before the dam and power plant were built 100 years ago. 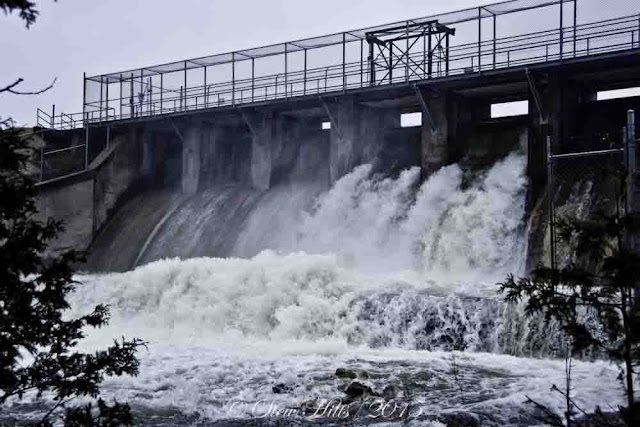 Before leaving the village I drove out to the dam to confirm the gates were still open.  The roar here was as big as at the falls. 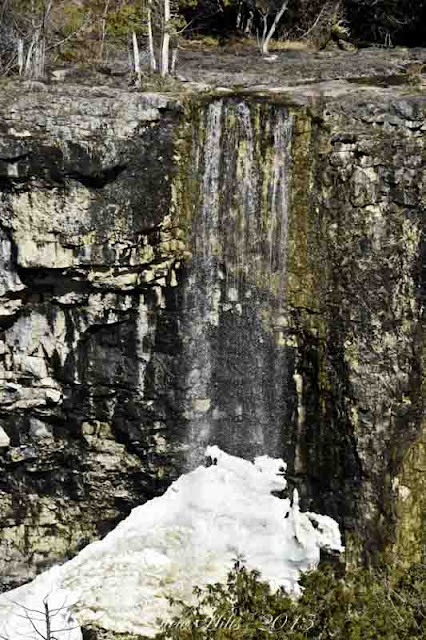 In contrast, this was the trickle going over the falls about three weeks ago.  Mind you, they were letting the lake fill to summer levels at this point, so it's particularly low, but it still shows how unusual today's roaring falls is.\\
Posted by The Furry Gnome at 8:34 PM