Keefer Falls is a little known and rarely visited waterfalls a short distance northeast of Owen Sound.  It dries to a trickle in the summer, but at this time of year it's really quite nice.  We had to tiptoe around some puddles in the swamp to get there, but get there we did! 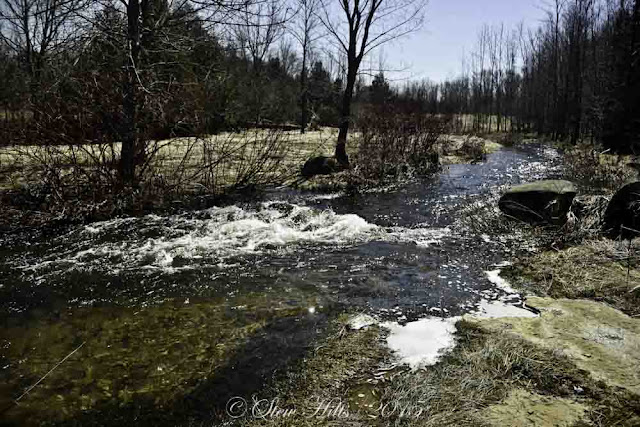 You arrive at the creek above the falls first - it's Keefer Creek, and it's flowing directly over bedrock.  I found out about this falls in the book Waterfalls of Ontario, by Fischer and Harris.  A good book if you're interested in chasing waterfalls here in Ontario. 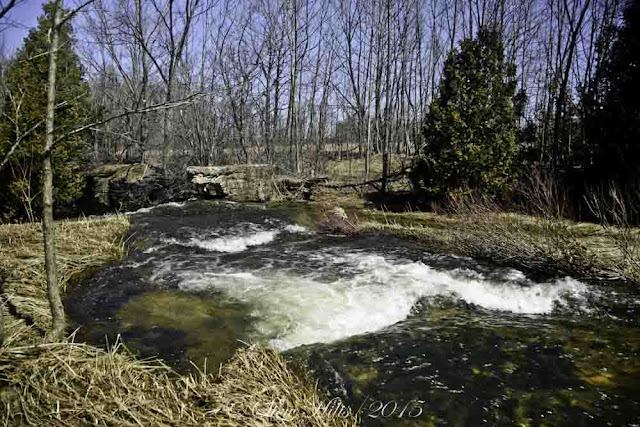 It was a beautiful day as you can see.  We had already visited Jones Falls (the previous two posts), and tried to visit Indian Falls - but there the spring flood was still too high to allow us to get up the narrow, steep-sided valley there. 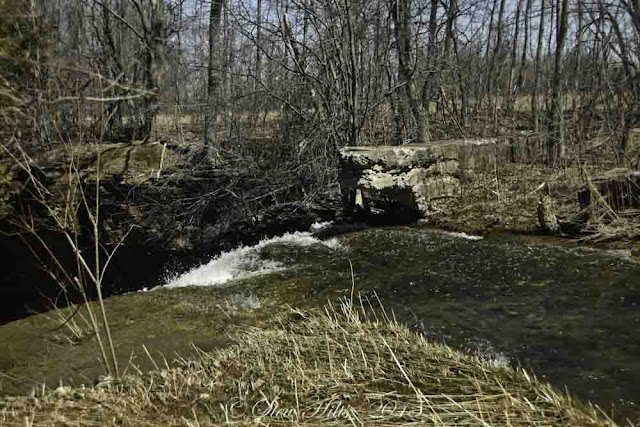 You can see here there's the remnant of a dam right at the brink of the falls, on the far side of the creek.. 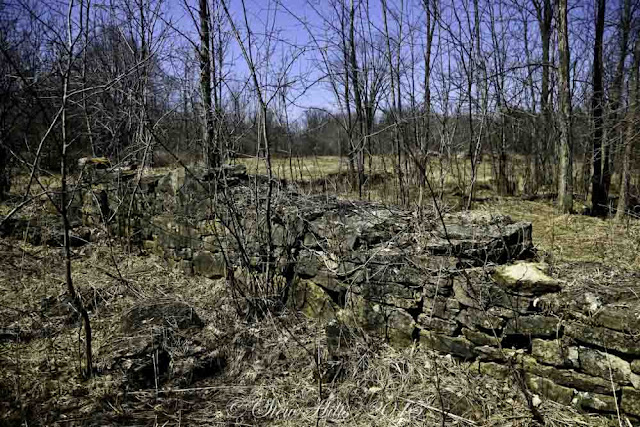 And looking to your left, immediately beside the falls, some remnants of old stone walls.  Fischer and Harris mention that this shows up as Slattery Mills Falls on some older maps.  Apparently there was an old mill here once. 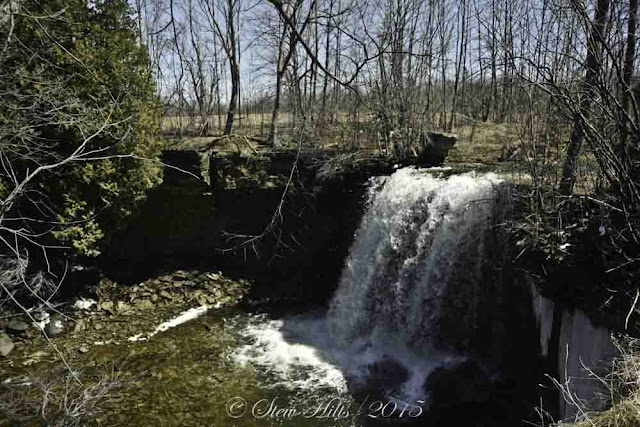 And this is the falls, a direct 20 foot plunge over the cliff, at this time of year with a fair flow over it. 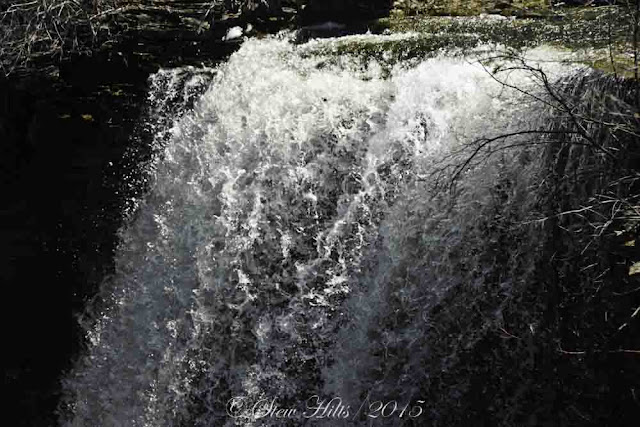 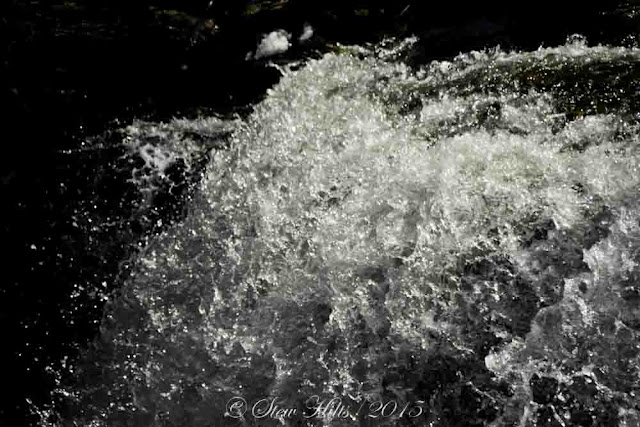 As usual, I played around with some shots of the water.  When I'm there I always think I'm taking plenty of pictures, but when I get home I always wish I had taken more. 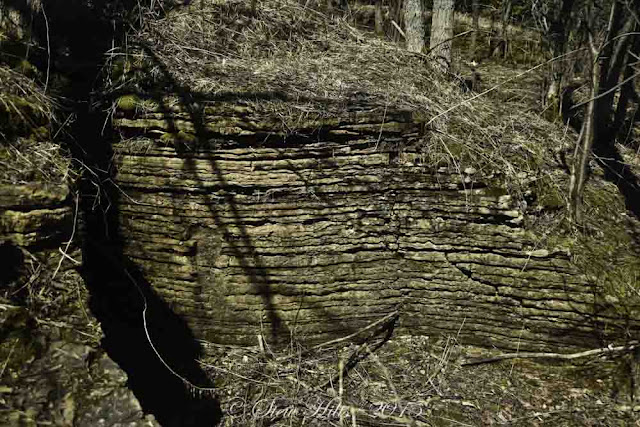 There was a great exposure of the Manitoulin Dolostone along the edge of the cliff.  Many of the waterfalls around here are formed by this hard, flat geological layer.  It can be recognized by the thin layers, which are the remnants of an enormous delta formed at the eastern edge of the Michigan Basin, in the days (400 million years ago) when sediment was washing westward off the pre-Appalachian Mountains all this distance.