We've had several heavy rainfalls recently, usually as lines of thunderstorms crossed southern Ontario along a cold front.  The other night I was out driving when I caught one, and I had my camera with me. 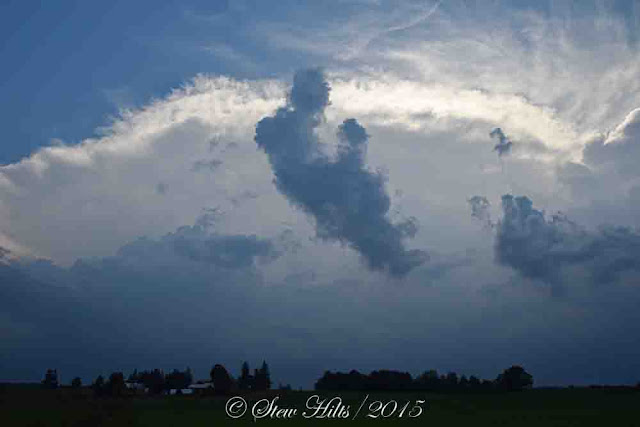 The dark clouds sort of snuck up on me surepticiously, til I suddenly looked out the side window and realized what was happening. 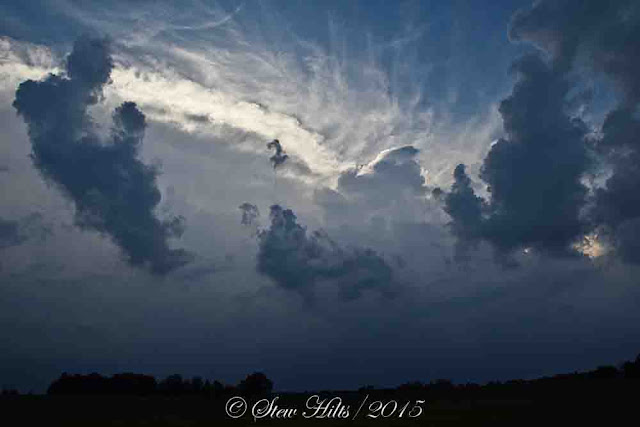 A white halo of light from the sun around the top, but very dark clouds approaching fast underneath! 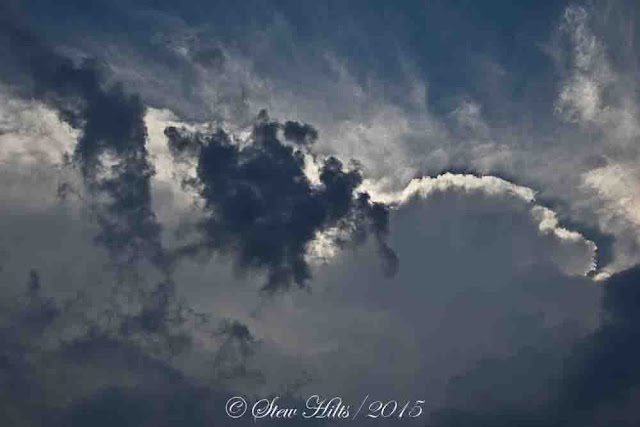 Made for some striking cloud patterns! 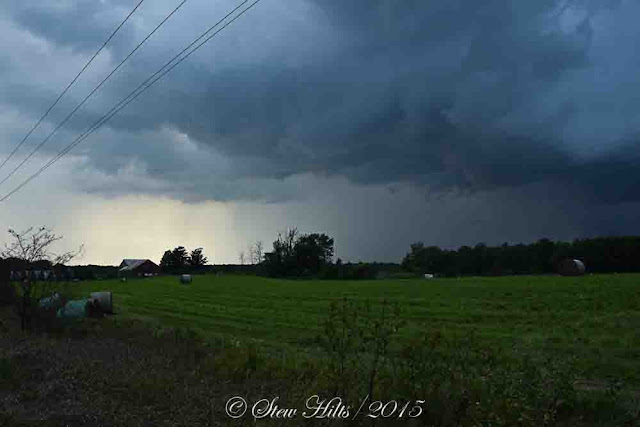 I stopped to pick up the dog, turned around and headed home.  Shortly I saw the downpour had begun to the north.  There was even a bit of yellowy light at the back corner, a sign to watch for tornado winds in my mind. 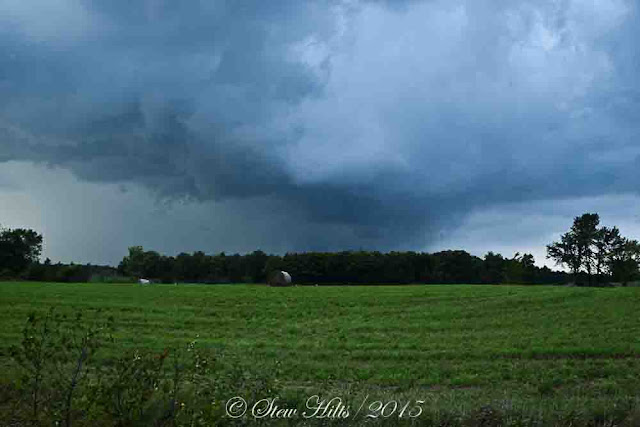 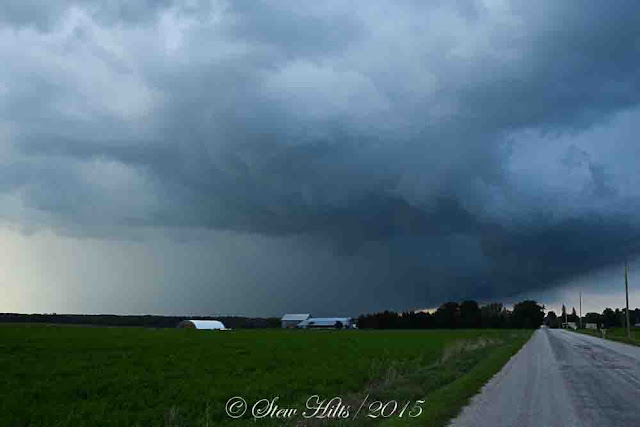 I turned away from the storm at the village of Rocklyn, and headed south to home.  But behind me I could see that there was going to be some pretty heavy rain! 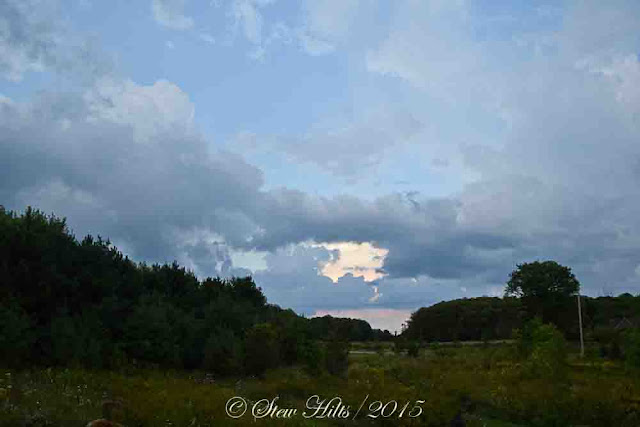 By the time I was home 15 minutes later, it was clearing. 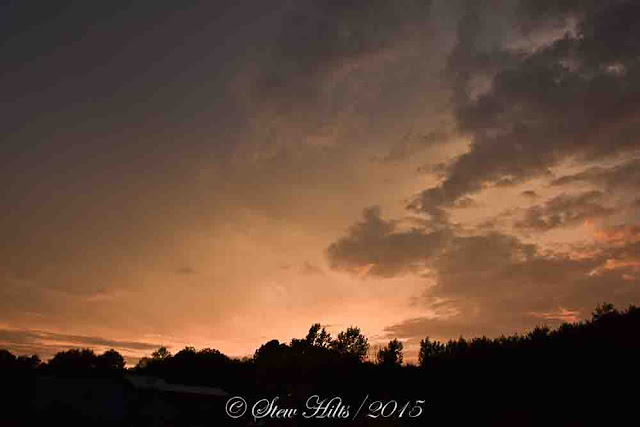 And in a short while we had a gentle sunset. 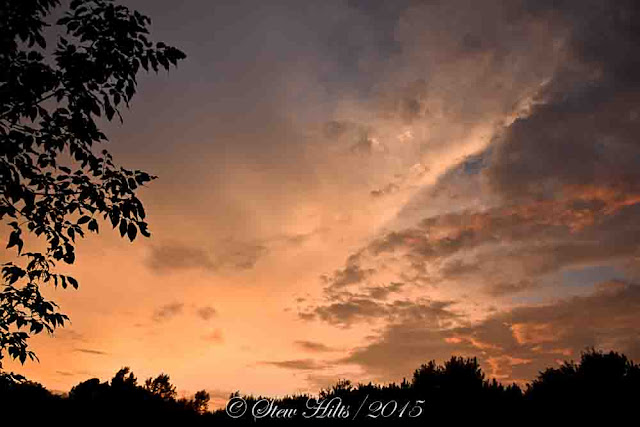 Not very bright colours, but quite the contrast with the storm of an hour earlier.  All in all pretty typical late summer/early fall weather, except this year it means the grass just keeps growing!  At least it's turned colder here, pleasant fall weather for getting things done outside.