We headed out the narrow, gravelly road from Dyer's Bay (perhaps the most potholed road we've ever driven!), toward the Cabot Head Lighthouse.  It's a long slow drive close to the shore, but we stopped a couple of times to take more pictures. 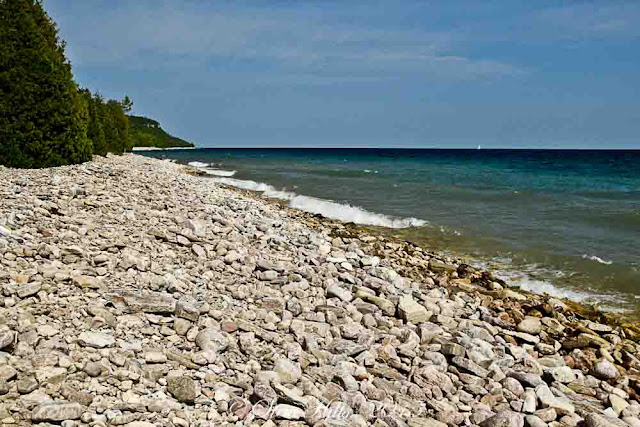 Cabot Head has three huge outcroppings of the Niagara Escarpment cliff, just inland from the shore.  The one you see every now and then driving along this road is East Bluff. 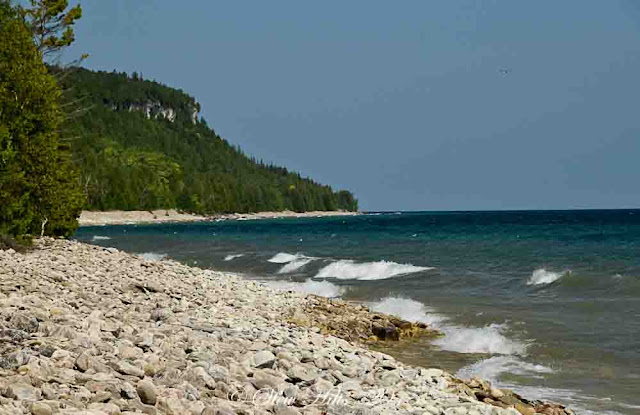 A closer look shows how high it rises above the water and the road, which is visible on the left just above the shoreline.  These bluffs really stand out with some high vertical cliffs. 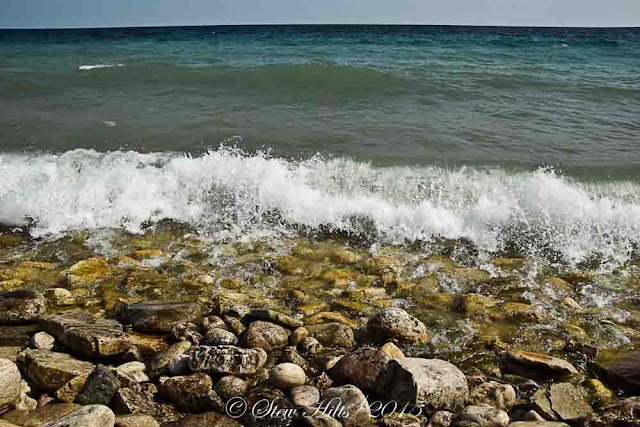 I could have stood all day just watching the water roll in directly on the shore. 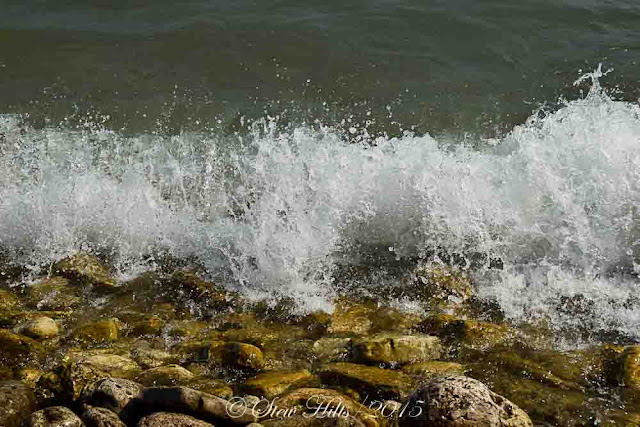 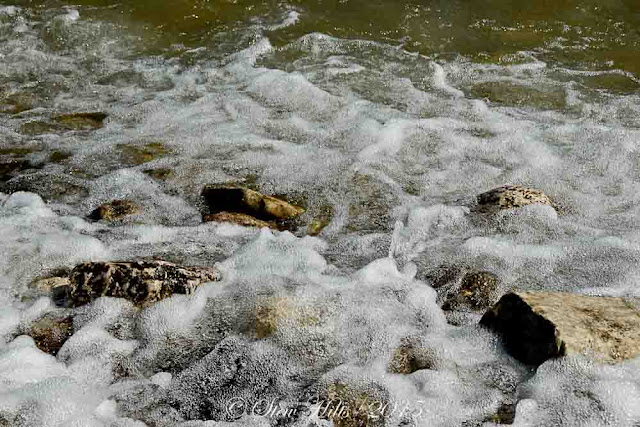 and swirling around the rocks. 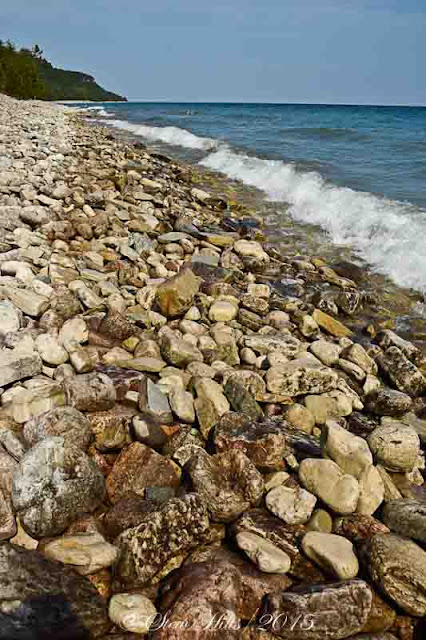 The most amazing part is that along this shore there was a large lumber mill that went right down to the waterlevel, with major docks for shipping lumber to Chicago and parts west.  There is virtually no trace of it today, and most visitors would assume that it's entirely natural. 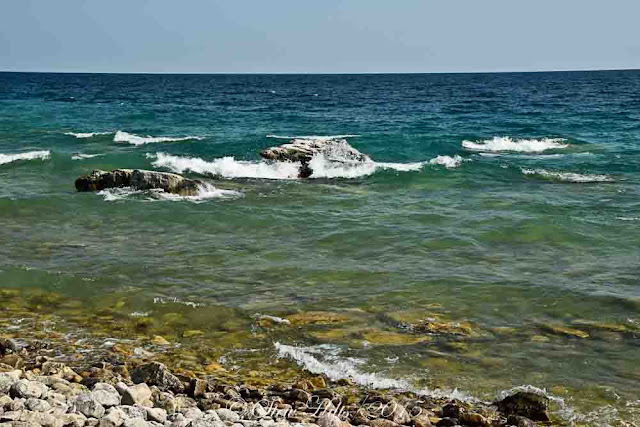 We moved on a little further and watched the waves crashing on these two big rocks, while I again took too many photos. 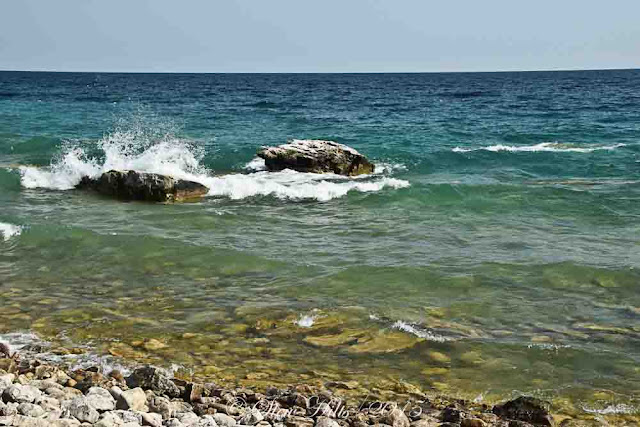 Of all the pictures I take, I don't think there's anything nicer than the waters of Georgian Bay on a sunny summer day!  Tomorrow, the lighthouse.